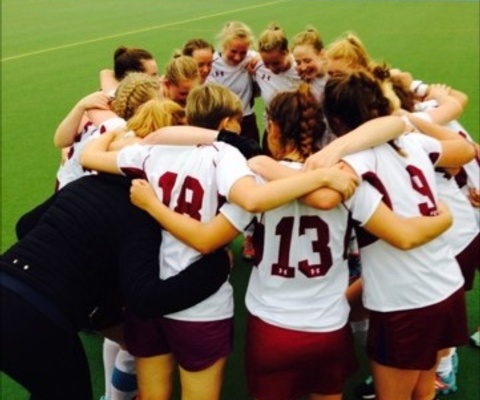 In the run up to the Boys Hockey season, and on the back of a hugely successful Girls Hockey season, Head of Hockey Rob Sorrell has written about his work with Harleston Magpies and its effect on his coaching. The previous term has seen Girls Hockey reach new heights at the school. The 1st XI, under the coaching of Rob, won 11 of 15 fixtures and losing only 2 games including being crowned Norfolk Champions for the 4th year in a row. The U14, U16 and 1st XI squads all qualified for their respective regional championships, with the U14s being crowned winners and going on to the National Finals in February. The 1st XI Boys and Girls teams will travel to Holland during Easter for a joint tour and we look forward to reporting on further hockey successes in the near future.

I've been coaching at Harleston Magpies since September 2015 but it wasn't until the summer of 2016 that I became the head coach of the ladies 1st XI. What drew me to the role was the ability of the team and the league they play in. Many people think I am crazy for taking on more hockey but ever since leaving Holland in 2013, I have missed playing in or coaching a National level team. I thoroughly enjoy teaching and coaching junior level hockey but I also really enjoy the buzz of coaching adults at such a high level. The pace of the game is higher, the intensity at training is greater and the opposition are tough to beat! At the end of the first half of the season, we are sitting 3rd in the table. With only the premier league above us, this is a great position to be in. The local radio stations and newspapers have picked up on our success so far and are really keen to support us in our journey.

Coaching at Magpies has certainly helped my own coaching which will only help the school hockey teams over the next few years. It has exposed me to what the top teams in England are currently doing and the way they are playing. It has tested my tactical and technical knowhow with top players. This will be filtered down to the other members of staff and then to the players, putting the school in a really strong position going forwards. It has also helped us build a strong link with Magpies and I know other members of staff are doing this in other clubs. This will only further strengthen our hockey program at school. We have had an immensely successful 3 and half years at school and the clubs have played a huge part in that. Hopefully we can keep these strong links with them.

I am thoroughly enjoying my time at Magpies and fingers crossed we keep on winning!