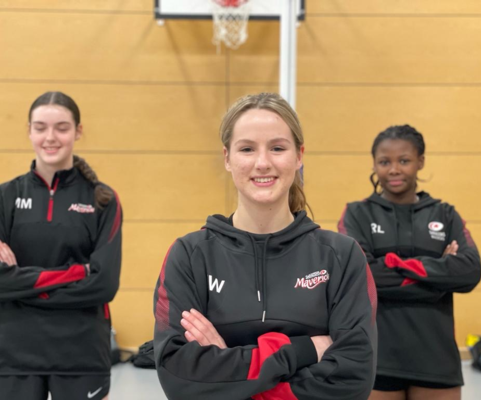 Norwich School has a proud association with the Saracens Mavericks, a club aimed towards helping England to develop top level netball players. This year the U21 Captain was former 1st captain and ON, Eliza Barclay, and the U17 Captain was Norwich School 1st team netballer Jemima Watson.

We are delighted to hear from Jemima reflecting on her season with the Saracens Mavericks...

"The U17s have had a great season and finished 5th in the league overall after an excellent playoff weekend.

We started with a disappointing 42-52 loss against London Pulse due to a lack of match readiness which unfortunately meant the highest we could place overall was 5th. OP- Farah, PP AND CP-Molly. Despite this loss, we picked ourselves up and worked hard to eliminate our errors and to become a cohesive squad in readiness for our next game, Severn Stars.

The squad travelled to Worcester and came home victorious with a 34-53 win. We executed our principles of play professionally and kept calm on all areas of the court. CP- Katherine, PP- Hannah and OP- Molly.

We kept the intensity high and continued to keep the gas on in our training sessions, which paid off as we beat Surrey Storm. An action-packed game with many incredibly interceptions brought by our talented defence. The team worked hard to convert these turnovers to goal so that we went 16-11 up in the first quarter. Unfortunately, many unforced errors meant we were behind by 2 at half time with 23-25 being the score. With an intense desire to come out victorious, the defence upped their game again; turning over ball left, right and centre. With a new combination in attack bringing a composure to the goal third, we managed to convert these turnovers to goal, the final score being 44-42, meaning we came out with a vital win. The key element of our turnovers was Rihanna, who deservedly took home CP, PP and OP of the match.

We carried this intense determination and positivity into our training in the following weeks in preparation for our last NPL match, Team Bath. Despite our hard work in training, we couldn’t perform to our ability and weren’t able to take the win over Bath, narrowly missing out by 1 goal 51-52. We started well and went ahead in the 1st and 2nd quarter with tough contest and excellent shooting stats; however, our game wasn’t flowing as well as usual. In the last quarter we were battling to go ahead but we just fell short. It was our centre with 3 seconds to go and we didn’t manage to convert it. OP- Katherine, PP- May and CP-Farah; all thoroughly deserved.

We kept our heads up high and ploughed through training, focusing on our key principles during our last gameplay training session before the NPL playoffs weekend. 15 players travelled up to Nottingham to compete in this fantastic event, 3 of those being reserves for each match. We went out for a team meal to fuel and bond before our first match against Wasps on the Saturday.

Having watched the u21s play North East, we were riled up and ready to take on Wasps. After the first quarter we were 16-7 up against wasps with connections flowing through the court. We carried on this immense play into the remaining quarters with the final score being 54-40, leaving everyone buzzing for the next day of games. Both the defence and attack performed incredibly, taking interceptions, and calmly taking them to goal with our outstanding shooting stats. CP-Melissa, PP- Farah.

After more fun teambuilding, we were ready to take on Wasps again on Sunday morning. They brought a tough contest following their defeat the previous day. At half time we were level,23-23 and after a physical 3rd quarter Wasps were up 32-36. We didn’t let the score demoralise us and instead we put everything on the court with slick attack and vital turnovers in the closing minutes of the game, securing us a 48-45 victory. CP-molly, PP-Izzy.

A quick turnaround took us to our final game against Loughborough Lightning where we took a strong lead in the first half, 22-14. We were determined to leave everything we had to give on court to finish the playoff weekend with a win. The intensity was high, and the team worked hard for each other, allowing us to win 44-37, putting us in 5th place overall. OP and PP- Rihanna, CP-Katherine. This team undoubtedly has one of the most supportive and positive mindsets, constantly working tirelessly for each other and helping others when they fall, making next season even more exciting."

Well done Jemima! It sounds as if you had a fabulous season! 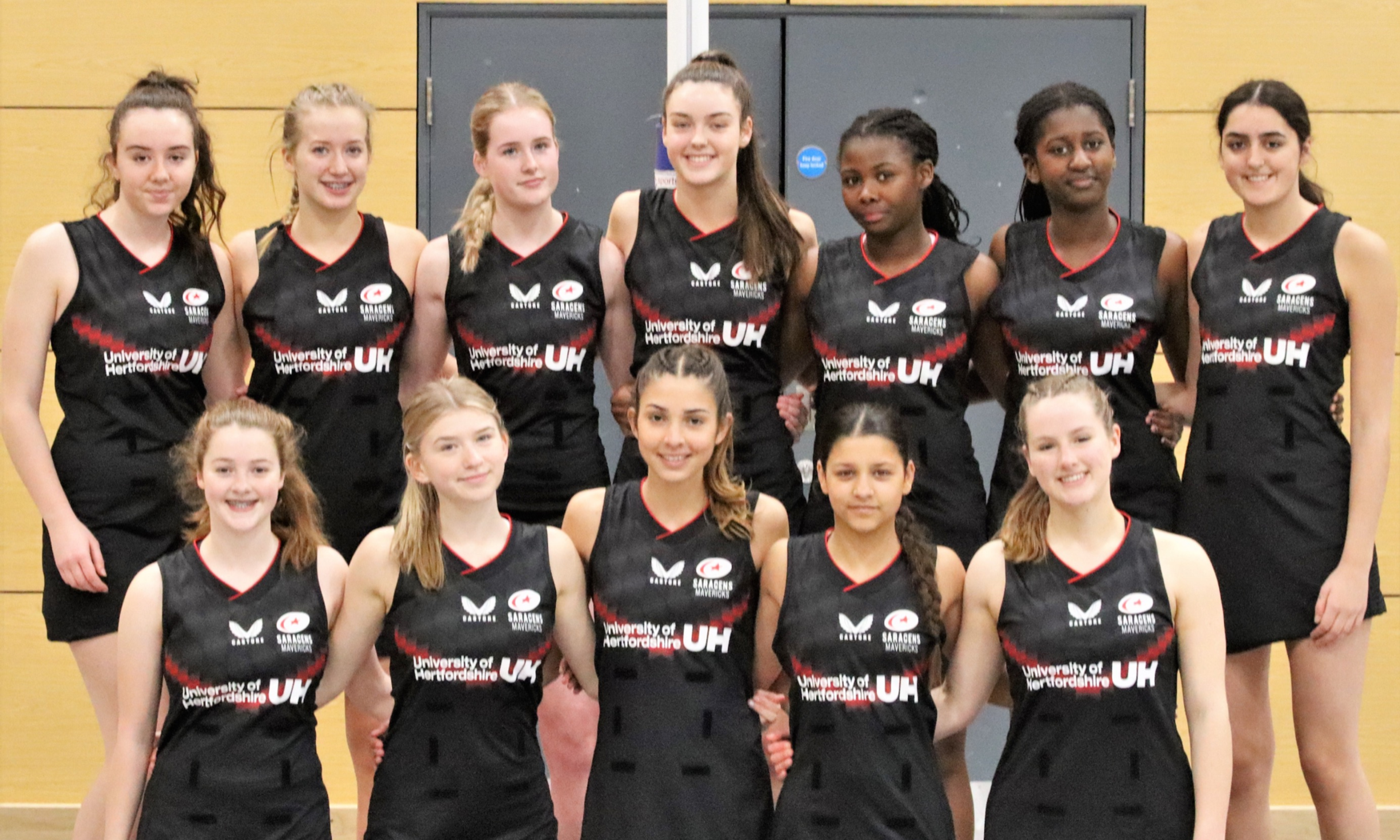 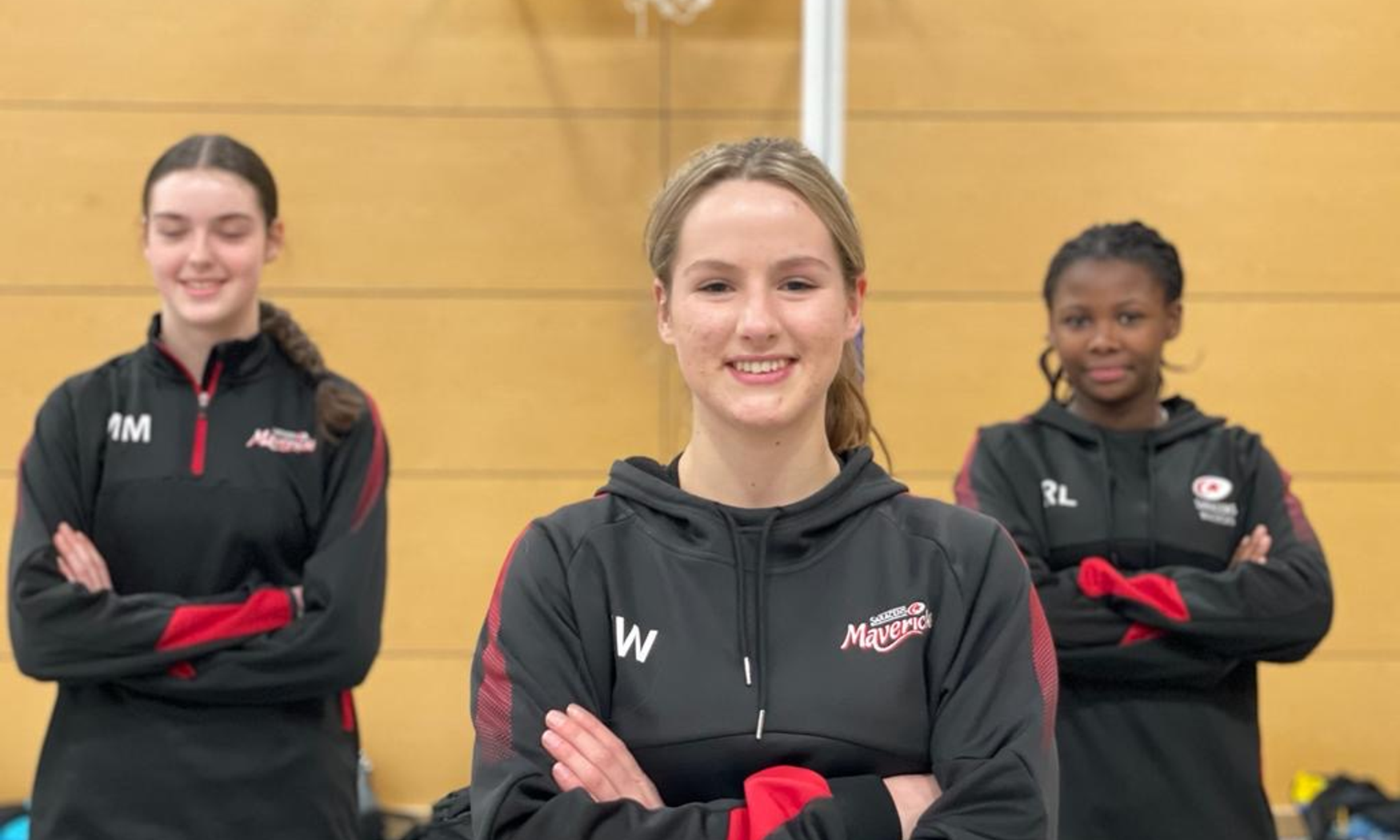