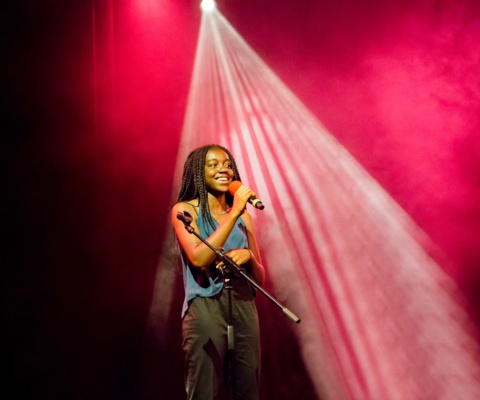 The focus of, and investment into, these scholarship programmes will be on enriching the pupil experience and activities that the scholars will enjoy.

A place on the scholarship programmes is made available to senior school pupils with outstanding ability and potential, which the school assesses by examination, interview, portfolio and audition, as appropriate.

Further information about each scholarship area can be found below:

Enrichment activities on the Academic Excellence programme may include:

- Half-termly meetings, led by faculties, where scholars come together for subject-specific enrichment sessions;

The School offers talented musicians the opportunity to receive an annual subsidy towards the payment of music lessons, whether instrumental or voice.  The award of a Music Scholarship also offers the opportunity to benefit from performance and workshop opportunities and tailored trips.  Scholars are expected to make a significant contribution to the musical life of Norwich School and to set an example by their standards of musicianship and their commitment to school music.

All Scholars (L4 – U6) are offered musicianship training to develop their core skills (including aural, theory, sight-singing, performance practice, history). Scholars would also be involved in events such as informal concerts at the Great Hospital, provide leadership in music ensembles throughout the school, and play a key role in a series of recitals and workshops throughout the year. Specialist performance coaching and preparation is offered with outstanding accompanists allowing scholars to flourish on their instrument. Masterclasses, workshops and trips to London are also offered to scholars & exhibitioners.

There is an expectation that scholars and exhibitioners take part in a minimum of two ensembles, showing leadership and service by attending weekly rehearsals, supporting other pupils in the school and assisting the Music Staff with rehearsal and concert preparation. Some involvement in choral singing is expected throughout the year and scholars should act as role models for other pupils in the Music Department.

Candidates will usually be expected to be proficient on two instruments (or voice). However, those who can demonstrate exceptional ability on one instrument will be considered.   In the event of being successful, those entering Lower 4 and Lower 5 who play one instrument would be required to take up a second.

Expected standards are as follows:

Examinations need not have been taken.  Music staff are always happy to offer guidance as to the suitability of a candidate.

All pupils entering at 11+, 13+ or Sixth form.  The applicant’s ability is assessed by the Music Staff at an audition.

Candidates will be required to perform on two instruments (or one if applicable) and prepare two pieces on each instrument (including voice for those applying as a singer). Auditions will include aural tests, musical questions on theory and style as well as a short sight reading exercise.

The aim of a Norwich School Sports Scholarship is to provide a tailored programme of support to talented athletes. The Norwich School Sports Scholarship is awarded in two tiers; Scholar and Exhibition. At the Scholar tier a pupil will typically already fulfil the performance criteria whilst at the Exhibition tier a pupil will be deemed to have the potential to fulfil the performance criteria.

You can read more about the Sports Scholarship Programme in our brochure here.

Our programme provides support in the following areas:

The Art and Design scholarship programme is very much an individualised programme and will vary according to the needs of each scholar. This could include:

- Scholars being invited (free of charge) on trips for other year groups, where it is relevant to their work or interests;

- Involvement in the curation of exhibitions and mentoring other pupils;

- Creative opportunities that help to prepare them for future aspirations e.g. alumni and practitioners will be brought in to work on a one-to-one basis with scholars on particular projects.

Scholars for drama would be offered opportunities to enrich their studies through activities such as:

- The opportunity to undertake a National Theatre workshop and tour of the theatre;

- Visits to see a variety of productions both locally, London-based and further afield;

- Professionally-led workshops within the school framework from external companies;

- The opportunity to work with industry professionals;

- Budget and support for the development of pupils’ own theatre Arts projects;

- The opportunity for pupils to build a show-reel with filmed work recorded within a professional environment. Scholars would also be fully involved in the theatre arts curriculum/co-curriculum within the school as a performer, director or as part of the technical support team.

If you wish to apply, please indicate your interest on the application form. Pupils may apply in more than one discipline, though it is unlikely that more than two awards are made to any individual.

Means-tested financial support is available to all candidates, including those applying for these awards. For information on financial assistance, read about our bursaries.

Exhibitions are also awarded to applicants to recognise impressive ability and potential. It is a tier below scholarship standard. You do not need to apply separately to be considered for an Exhibition. The expectations and benefits enjoyed by the holder of an Exhibition are similar in nature but less extensive than those of a Scholar.

Exhibitions are awarded in all of our programmes.

Head's Awards are offered to a limited number of applicants who demonstrate outstanding ability and potential during the assessment process.

These awards consist of a pecuniary reward, which is payable in the Michaelmas Term in the academic year for which the award is made.