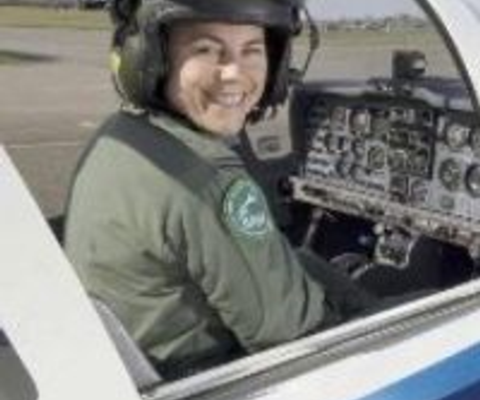 It may surprise you to know that Britain's first ever female fast jet pilot, Joanna Salter, qualified in 1994 and at the time was one of only five women fighter pilots in the world.  Since then, female pilots have flown operationally in various theatres, including Afghanistan and Iraq.  The impact of their contribution was highlighted when on 7th March 2008 Flight Lieutenant Michelle Goodman became the first woman to be awarded the Distinguished Flying Cross. The contribution of women to the RAF continues to grow and the lines between the sexes have become increasingly blurred.  However, taboos remain - the issue of women in face-to-face combat and the prejudices surrounding women's 'capabilities' for the role.

It may also surprise you to know that men have only been allowed to work as midwives for the past three decades. Some of you may not have even realised that men can be midwives!  However, at the moment there are only 103 men working in the field, in Britain, compared to 31,189 women.  The Sex Discrimination Act was brought in in 1975, but it was not until 1983 that male midwives were able to work in hospitals across the country.  Yet, some hostility from within the profession remains with people continuing to question men's motivation and ability, despite a shortage of midwives which is set to worsen in coming years. These are just two examples of professions which are perceived as either male or female careers.  In spite of progress in challenging gender stereotyping and individuals challenging perceptions we still have a long way to go before we achieve a gender balance within professions, or even university subject choices.

The other week I came across an article entitled 'Too hot to be an engineer' which gave me the theme for today's assembly.  The article records the fact that there are more women than ever working in traditionally male-dominated professions.  In this article, a young female engineer was asked to take part in her employer's recruitment campaign; the company took a photo of her face and asked the usual questions about why she enjoys working for the company.  However, the resulting image created a social media storm when it appeared online, with many people questioning whether she was actually an engineer and assuming she was hired for the purposes of the campaign.  Feeling "helpless", she wrote a blog post and launched the hashtag #ilooklikeanengineer - inviting other engineers to share their own portraits on Twitter, holding up a sign bearing the phrase.

What really struck me when reading this article was the fact that not only did she receive feedback and comments from women, but men too - prompting me to consider that not only is this perception of who fits what career limited to women - it has implications for every person who doesn't conform to the current stereotype.

This got me thinking about my own perceptions and experience with gender stereotyping.  When I was at primary school (a very long time ago!) there were no male teachers, therefore my judgement was that only females could be teachers.  It wasn't until my final year, my class and I were suddenly greeted with our new teacher, a man called Mr Wildey - a name which reverberated throughout the class, filling us with fear and panic - 'will he be strict?' 'I'm scared' and 'he will have a loud voice.' These were the thoughts and questions of myself and my classmates, thoughts which now appear ridiculous.  However, at the time this was a rarity and unusual, would you believe.  Mr Wildey arrived and he was a brilliant teacher.  Having a male teacher definitely prepared me for secondary school as well as encouraging me to recognise the fact that teaching is not just for females.

I'm pleased to say that this has changed over the years with the majority of schools having a mixture of male and female teachers - it has become the norm and something which we expect.  It was only a few years ago that male nurses were a rarity in, what was perceived, as being a more 'feminine' occupation. However luckily as attitudes and gender perceptions have changed, there has been a greater level of male recruitment in that field.  Yet, why can't we expect or recognise, without building prejudices, to see a female builder or a male beauty therapist without stereotyping them.

According to UCAS, 55% of the applicants accepted on to medical degree courses in the UK in 2011 were women. However, the high proportion of female students is not translating into the number of consultant surgeons who are women - only 9% at the last count.

Jo Manson, a female surgeon highlights that women are not prevented from pursuing surgery as a career. "However', she says "You really have to want to do it. Surgery is extremely competitive." She might have added "So is everything worthwhile."

I would like to focus on Jo Manson's last point - '...You have to really want to do it.'  Does it really matter if we don't fit the perceived role or defy conventions?  Following your chosen path and doing what you enjoy could ultimately help you become a rare asset to a particular field.  So consider what you enjoy and what your passions are and select your chosen career path in the light of that, without allowing stereotypes and prejudices to inform your choices.  If you work hard and believe in yourself and what you want to do, dreams, goals and ambitions are possible.

If I may finish by quoting Shakespeare, with Polonius' advice to his son, Laertes, 'This above all: to thine own self be true'.  And thus I say sincerely to you all, "Whatever you want to do, go for it!"