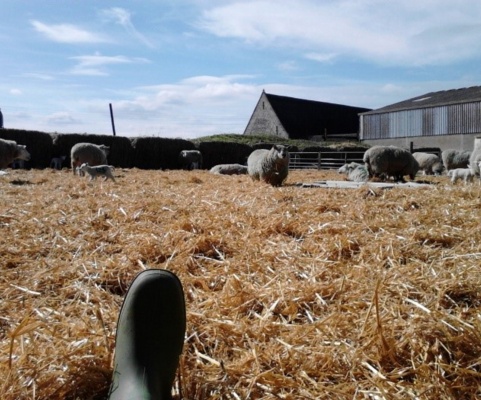 From Norwich School to Vet School The two years since leaving Norwich School and starting upon a long journey through undergraduate veterinary medicine have positively flown by, but now I have a chance to reflect. Waiting in the tense limbo between pre-clinical and clinical teaching at the Royal Veterinary College, I have an opportunity to look back at the road to this point, and brace myself for a challenging, but exciting, three years ahead of me.

When U6 comes to an end, and the battles with UCAS and UMS points are finally over, you face a similar feeling of looking both backwards and forwards (probably amplified by the picture of Janus hanging in one of the Classics classrooms).

Back in 2013, when my U6, and 11 years of NS schooling, finally drew to a close, I looked back at all the experiences that had led up to that point. Sure, there were some more embarrassing moments, such as accidentally airing some lewd scenes in Mrs Saywack's RS class, but on the whole, most of my memories were positive and formative. Whether it was Mrs Wood's unwavering support of extra reading during my GCSEs, or Mr Gent's words of wisdom (both as a tutor and as a biologist) while applying to university, not to mention his impeccable music tastes, there had certainly been the best of environments, a community, that had helped get me on the road to vet school.

Looking into the future back then, I hoped for a challenge, and waited for September with an eclectic mix of nerves and excitement. I wondered what the next two years would bring. Well that future is now the past, and I find myself once again on that familiar-feeling crossroads. Those two years that I was looking forward to delivered - vet school was even, and still continues to be, better than I ever expected; and that's saying something, because it's been a dream since about the age of 5. Despite having to overcome some difficult problems and obstacles, both personal and medical, I've spent two years learning about everything from the musculature of the canine shoulder to the life cycles of biting flies - and I've loved every minute of it. Holidays up to this point have been a blur of farm placements; lambing ewes, vaccinating broiler chickens, and milking cows, all of which has augmented my love of the Norfolk countryside and the profession I hope to graduate into.

As for the next few years and beyond, that same feeling of excitement and nervousness prevails. While I no longer have daily access to that same support I enjoyed during my school days, and old friends are scattered between different universities and career paths, those school experiences are still a drive for the years to come.