"With the prospects of University closely on the horizon, and being about to enter my final year of Sixth Form, preparing to study a degree for three years is constantly on my mind. For me, Law has been an interest for a while: even before I understood the implications of the practise, I was drawn to this somewhat ambiguous subject, and the effect it can have in everyday life. With this in mind, I decided to apply to a Law residential at Trinity College, Cambridge; I was glad to then be selected, only one of 45 out of over 250, to partake in the three day course, in which I would be able to get a brief insight into the life of an undergraduate Law student at Cambridge University.

The group, which was comprised of 16-17 year olds from all over the UK, who had been selected to partake on their academic merit, was greeted by a full-packed schedule, meaning we were soon sitting in a lecture titled ‘nature and sources of the constitution’. Being exposed to a completely alien topic, about which nobody (excepting the lecturer) knew a great deal about, was somewhat refreshing: there was no competition, rather an engaging discussion about new ideas, and indeed how constitutional Law governs both our historical and modern day society.

The evening was rounded off by preparation for the following day’s activity: mooting. A new word to me, a moot is defined as “a mock judicial proceeding set up to examine a hypothetical case as an academic exercise.”, which in other words translates to a situation whereby two teams, comprised of two appellants and two respondents, apply the Law to a given case, both advocating for their side. Having had previous experience in debating and public speaking, I was reasonably surprised with the differences, and indeed more challenging aspects of a moot. Succeeding this, the afternoon was split between punting on the river Cam, and having the chance to take part in a supervision. Unique to Oxbridge, supervisions allow a small ratio of students to tutors to complete a more intimate discussion about a given subject, and often talk abut a given piece of reading, and each’s interpretation of it. The topic of conversation was ‘constitutional conventions’, about which we had previously read an article in preparation; thus furthering our lecture of the previous day. The evening closed with an ‘alumni discussion’ between current and past students, and their advice on university life and preparation for it.

The final day was busy: a wake up at 8 am for breakfast in the hall, in which we were shadowed by Henry VIII’s portrait, preceded my favourite morning. The Director of Studies, Dr Benjamin Spagnolo gave an overview of admissions, the interview and the Cambridge Law Test, before we received an address by the Rt Hon. The Lord Walker of Gestingthorpe PC. Having such an insightful man, who has served in the highest position as Justice of the Supreme Court, give us a personal story of both his journey from university to Walker LJ and recollection of some memorable cases, was an invaluable opportunity, and one I shan’t forget for some time.

Rounding off my time at Trinity, the Law Faculty had it’s open day, in which we were given a tour of the Squire Law library and it’s facilities, before indulging in our last lecture of the residential; Furtum: Theft in Roman law. Having studied Latin at GCSE, this talk was of particular interest to me, and is also a topic unique to Cambridge’s Law degree.

My time at Trinity, albeit short, was possibly one of the best ways to end off my Lower sixth year at school; I was given direction and reassurance as to how I should approach application to university, but also how I should prepare, and which resources were of benefit. The access team at Trinity were fantastic in making everyone feel welcome, and indeed ensured a smooth and enjoyable time. The addition of past and current students to help, meant that any queries or concerns never went unanswered. Discovering one of Cambridge’s most prestigious colleges, and being being to dine thrice daily in a hall hundreds of years old, founded by Henry VIII, was awe-inspiring to say the least. The opportunity afforded to me at Trinity has cemented my thoughts that Law is the degree for me, and I will certainly be hoping to see Cambridge as a University destination as a result!" 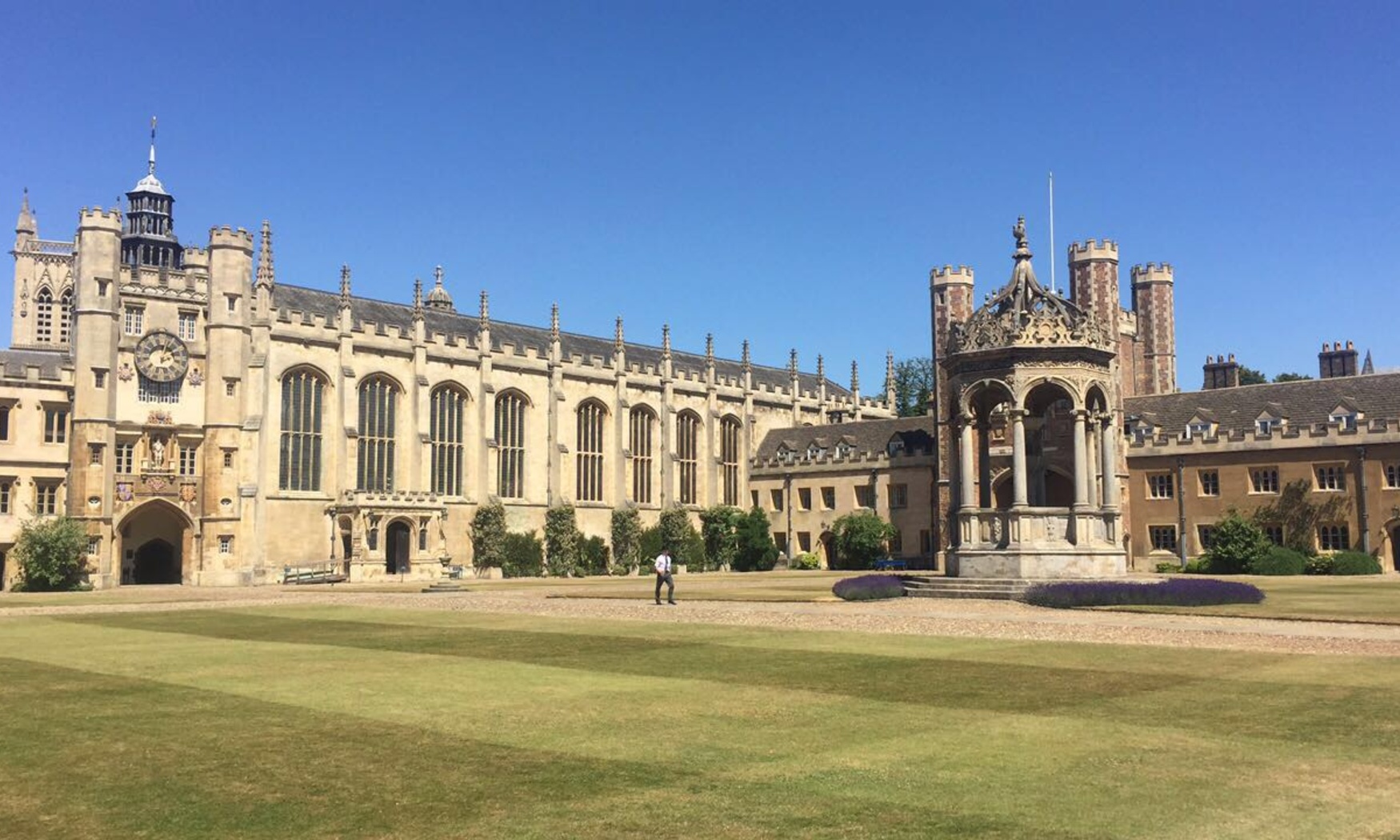