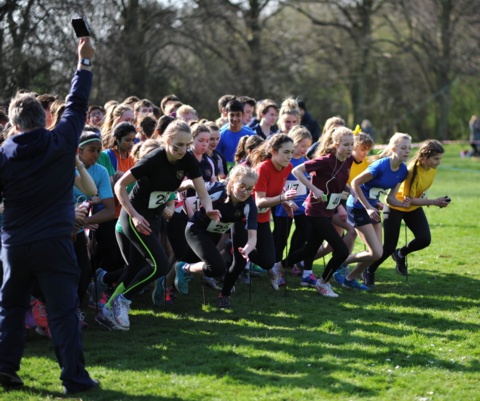 The Head Master's address to the school during the final assembly of the Lent term:

Cup Run is a great window into what someone is like. Just as people's faces and body language when singing tell much about their personality and attitude, so the way pupils approach our annual cross-country race potentially gives an insight into the way they go about things more generally (and it is related to but in my experience distinct from their talent): those who go haring off to lead for the first 50 metres and play to the crowd but are soon puffing at the back; the gifted like Dr Bendall and this year's Head of School whose pace at an aerobic rate would quickly take the vast majority of us into the anaerobic; those who keep so much in reserve that they can afford an extraordinary, lengthy kick finish; the very many who work hard, settle into a sustainable rhythm and push themselves to the end of the race. And of course, there are those who do not run and that might say something too. I should particularly like to hear from those who did not run but would like the opportunity to do so... I will do my best to avoid making tortoise and hare comparisons, but it is the end of the Lent Term and, knowing what many of you towards the top of the school are contemplating over the next 3 weeks, please indulge your Head Master in allowing me briefly to make a different type of race comparison: the pacing of revision. Consider whether you intend to be a greyhound out of the blocks, a sprint finisher or a steady-state merchant. You will not be surprised to know that I strongly recommend the last option: set up a good plan (including breaks); stick to the normal rhythms; and, most of all, make sure that when you are in the exam room and open the envelope in August, you can comfortably say that you were as well-prepared as possible and that it was therefore the best you could have done.

Whichever type of runner/reviser you are, at some stage you are likely to be confronted by the situation of wanting to do something recreational but feeling that you should work instead. At that point, it will be your determination, stickability, resilience, grit (call it what you will), which will keep you on-track. There is a book called Grit, The Power of Passion and Perseverance by Angela Duckworth, which discusses that quality people show to do the extra revision session, train for Cup Run, etc. You will be aware that there is a good deal of focus on the notion of character education in schools and the media at the moment; this could be described as how you are prepared for the challenges of 21st century life, what you get from school in addition to your curriculum subjects. In some ways, Duckworth's book is a response to Malcolm Gladwell's 10,000 hours rule: the amount of time he states you need to spend to achieve mastery of something. That was then challenged for not taking sufficient account of natural talent, with another researcher, David Epstein, stating that the rule should be 10,000 hours plus or minus 10,000 hours.

Duckworth is a clinical psychologist who cites evidence of large-scale studies to back up her arguments, so there is more rigour and less psycho-babble than in some books in this area. A central case study comes from work she did at West Point, an elite military training academy, the basic training section of which is called Beast. One cadet described as "challenging you in every developmental area - mentally, physically, militarily, socially" with a wake-up call at 5am; you get the picture. She found that the best indicator of likely success in Beast was not academic ability or physical strength but a score on a questionnaire she had devised to test perseverance, something she called the Grit Scale.

Her work on Grit has led her to the view that on the road to mastery there is a combination of effort and natural talent but that the relationship is weighted in favour of effort. For Duckworth, talent x effort= skill; skill x effort = achievement. Let me say that again: talent x effort= skill; skill x effort = achievement. The main point here is that effort counts twice: you acquire a skill or learn how to do something by practising it, but you also then get better at it, and potentially get really good at it, by practising.

Duckworth goes on to assert that grit is teachable and applicable in different contexts, citing several elite environments from sport, music, academia and military selection. I would not want to get drawn into the finer points of her research, but the essential message about the importance of effort and perseverance does resonate with my experience of watching young people operating in schools. There is obviously a combination of effort and talent in what makes people good at something, but you have such potential and excitement about things at your age that enthusiasm and determination do get young people a long way. Yet I would add one caveat which is vital at this time when mental health is such an issue in schools and wider society: do your very best to make an accurate, honest assessment of your own grit. Often, those who are think they are gritty are not and those are gritty fret that they are not; both errors can lead down dangerous paths.

I'm going to pause now while you think about your own levels of grit and ask the Senior Pop Choir to sing a song from Jazz Nite: Adele's Rolling in the Deep. Without wishing to embarrass them too much, I asked these girls to perform because this group is itself an example of the grit I have been talking about. They have been singing together for 5 years; they were the very first Pop Choir. Given how busy they are all with other activities, they could easily have stopped this particular voluntary activity. That they did not stop and continued to produce music of quality says much for their enjoyment, both of the music and each other's friendship. Thank you girls.

A final thought from me: Pop Choir is a group of girls but I am also delighted that an acapella group of boys in M5 has sung at the opening of the Blake Studio earlier this term. We saw yesterday at Cup Run an example of boys and girls at all levels of the school trying their best and supporting each other. At a time of a hardening global discourse in respect of equality and diversity, it is important that we reflect on the ethos of Norwich School being a loving, compassionate community, particularly at this time of year when the Easter message of self-sacrifice in the name of love is emphasised. I want Norwich School to be tolerant of diversity, but not just because I want to avoid problems connected with the Equality Act and protected characteristics. I want us to be good at issues such as gender, sexual orientation, and ethnicity because there is great power in harnessing the power of such diversity. Benedict Smith's address earlier in the term talked of a request for tolerance and understanding; I agree wholeheartedly with that but would add the carrot of greater productivity and benefits. Don't get more women or ethnic minorities or members of the LGBT+ community onto FTSE boards, parliament, High Court benches, expecting them to behave like the existing white, male patriarchy. Do it to celebrate and benefit from their different experiences and expertise.

I wish you all well for the holiday.