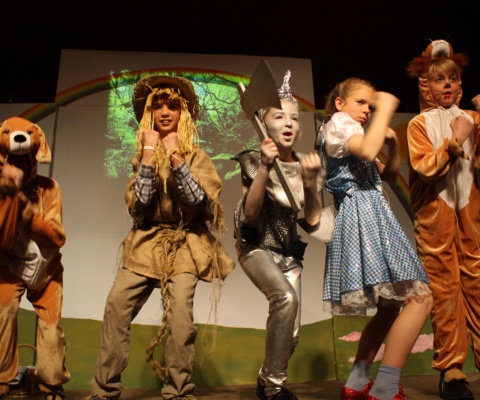 London Academy of Music & Dramatic Art (LAMDA) has been in existence for more than 100 years. For the last six years the Lower School has offered LAMDA lessons and examinations and has achieved a 100% pass rate with over 90% achieving a distinction or merit. There are 2-3 exam sessions per academic year in which pupils perform their work before an external LAMDA examiner.

LAMDA is QCA accredited and once a pupil reaches ‘medal level’, UCAS points are attributed to each exam passed.

Lessons are taught in small groups during the school day and cover an array of subjects from Acting & Musical Theatre to Poetry Reading & Public Speaking’. There really is something for everyone!

Besides the skills they learn in each subject, LAMDA gives children the confidence and the freedom to explore their imaginations.

Music plays a vital role in Lower School life. We strongly believe in the benefits that it can bring to every pupil, developing their skills in the classroom and in the numerous music groups that meet each week.

Instrumentalists can join one of two string orchestras, wind band, Hot Air, recorder clubs, guitar club or percussion group, all of which are led by musical specialists. We consider that singing is central to a musical education and our large School Choir is open to all pupils in Upper Two to Upper Three. There is also a smaller Chamber Choir for which pupils in Upper Two to Upper Three who enjoy a challenge may audition. We also have choirs in Lower Two, called Little Voices, and a combined Lower One and Upper One Choir.

Each year, our choirs have performed a number of times in the Cathedral at school and charity events, and have been previously awarded an Outstanding adjudication at the Norfolk County Music Festival. The Chamber Choir have previously been invited to sing at a Gala Night in the Theatre Royal as part of the Norwich School Arts Festival.

75% of our pupils learn instruments, many of them taught within the school by our numerous peripatetic teachers. There are many opportunities for soloists to perform at our regular Informal Concerts. We also arrange concerts on a larger scale, at which all of our music groups perform