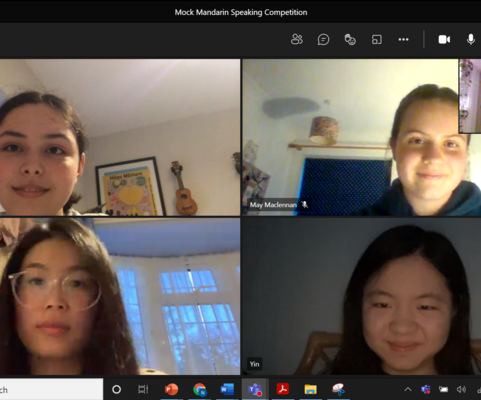 Congratulations to pupils May Maclennan (U5) and Amelia Polansky (U5), who won the third prize at the Intermediate and Beginner level in the British Council Mandarin Speaking Competition 2021, respectively.

This is the second year Norwich School has entered the British Council Mandarin Speaking Competition, which is the most prestigious Mandarin competition in the UK. 200 secondary school pupils from across 67 schools took part in the competition. All pupils gave a two-minute presentation and had two clarifying questions related to that. Depending on their level, there were also translation questions, and a scenario to prepare and give a short impromptu speech on.

May and Amelia were highly praised by the judges for their impeccable pronunciation and excellent fluency in Mandarin.

In the past few months, both pupils have put significant effort into the competition alongside their GCSE exam preparation. They have also worked closely with three L6 pupils: Qiqi (Doris) Zhang, Yin Liang and Joanne Bale to improve their speaking skills. Doris and Yin assisted Miss Lin in hosting a mock competition for May and Amelia the night before the competition. The remarkable result cannot be achieved without the tremendous help from our L6 pupils. 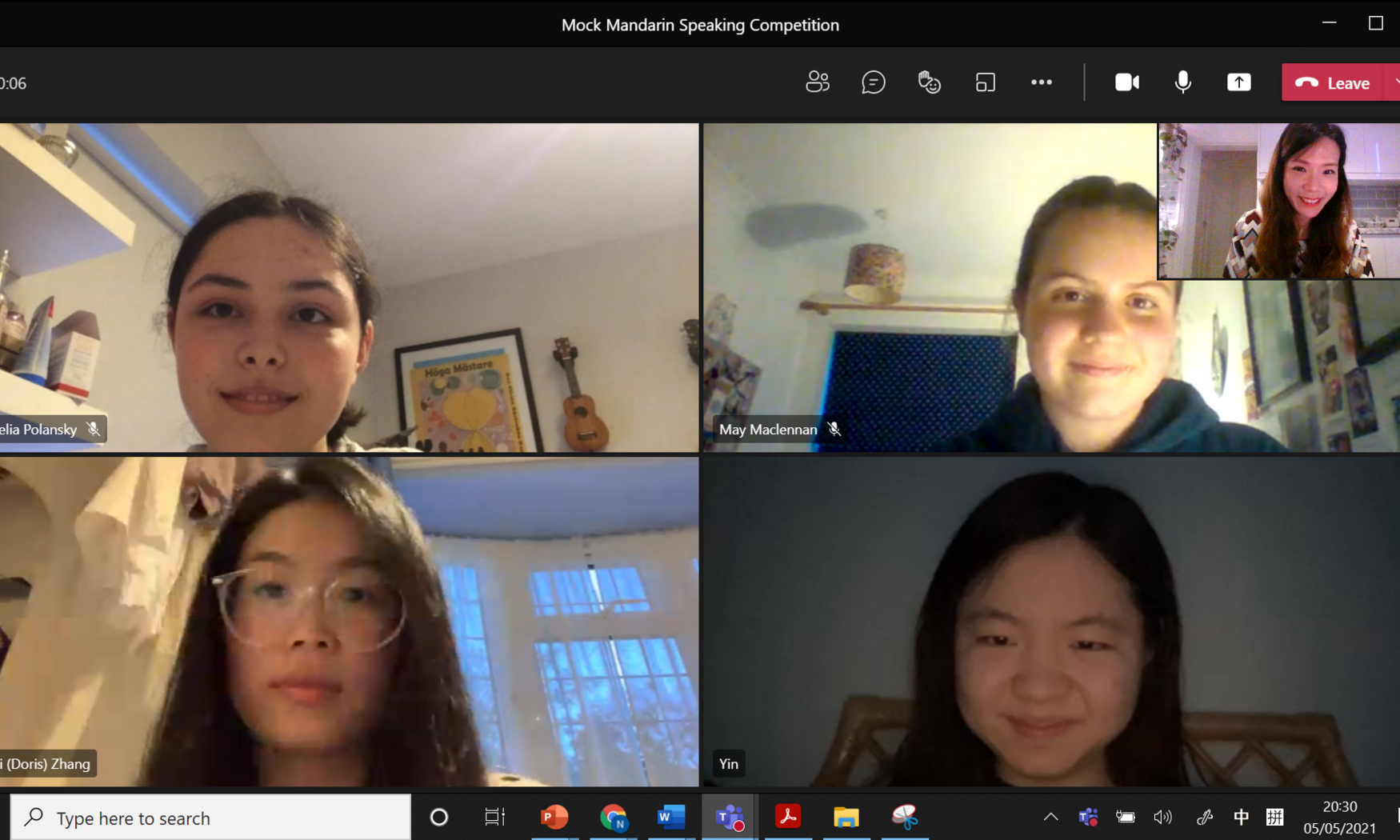 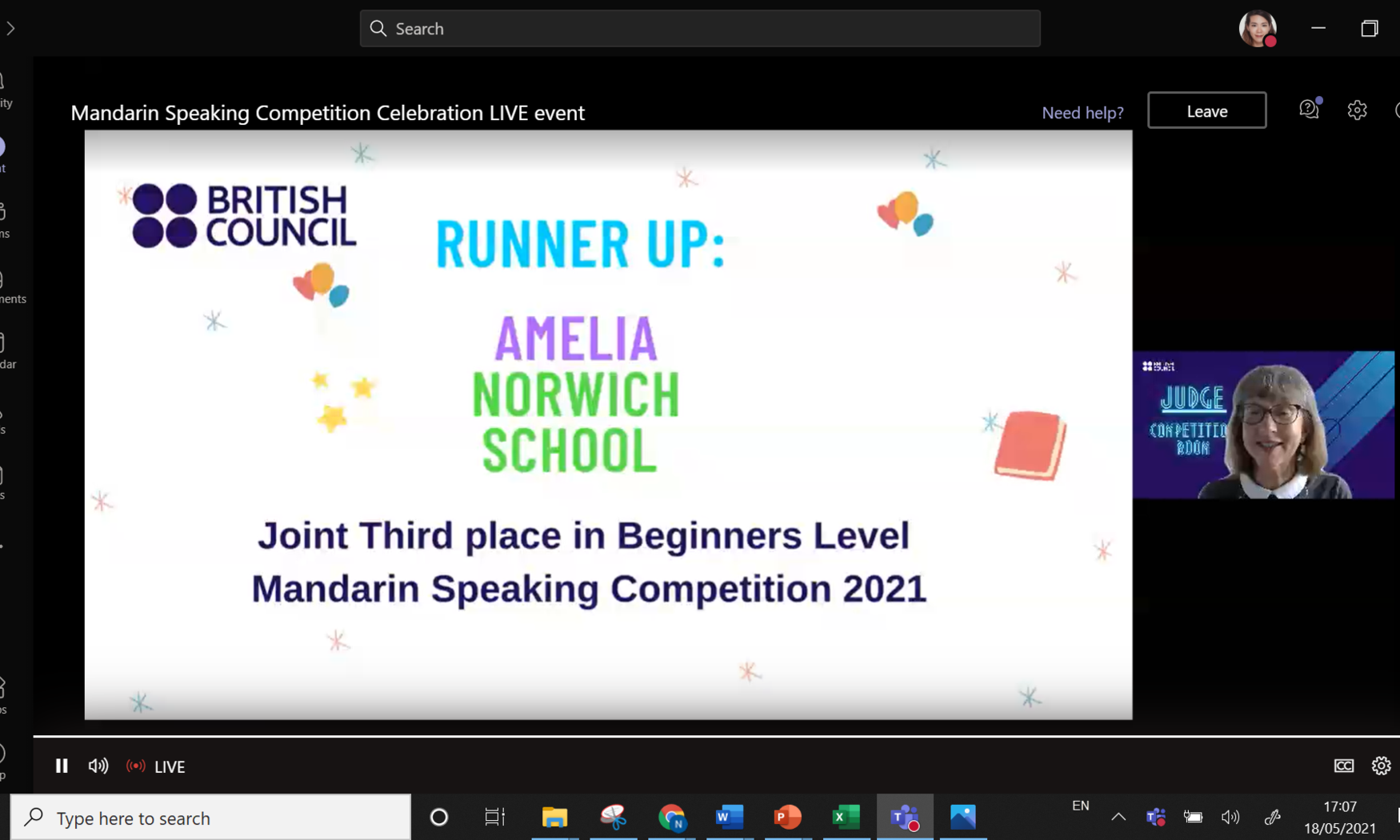 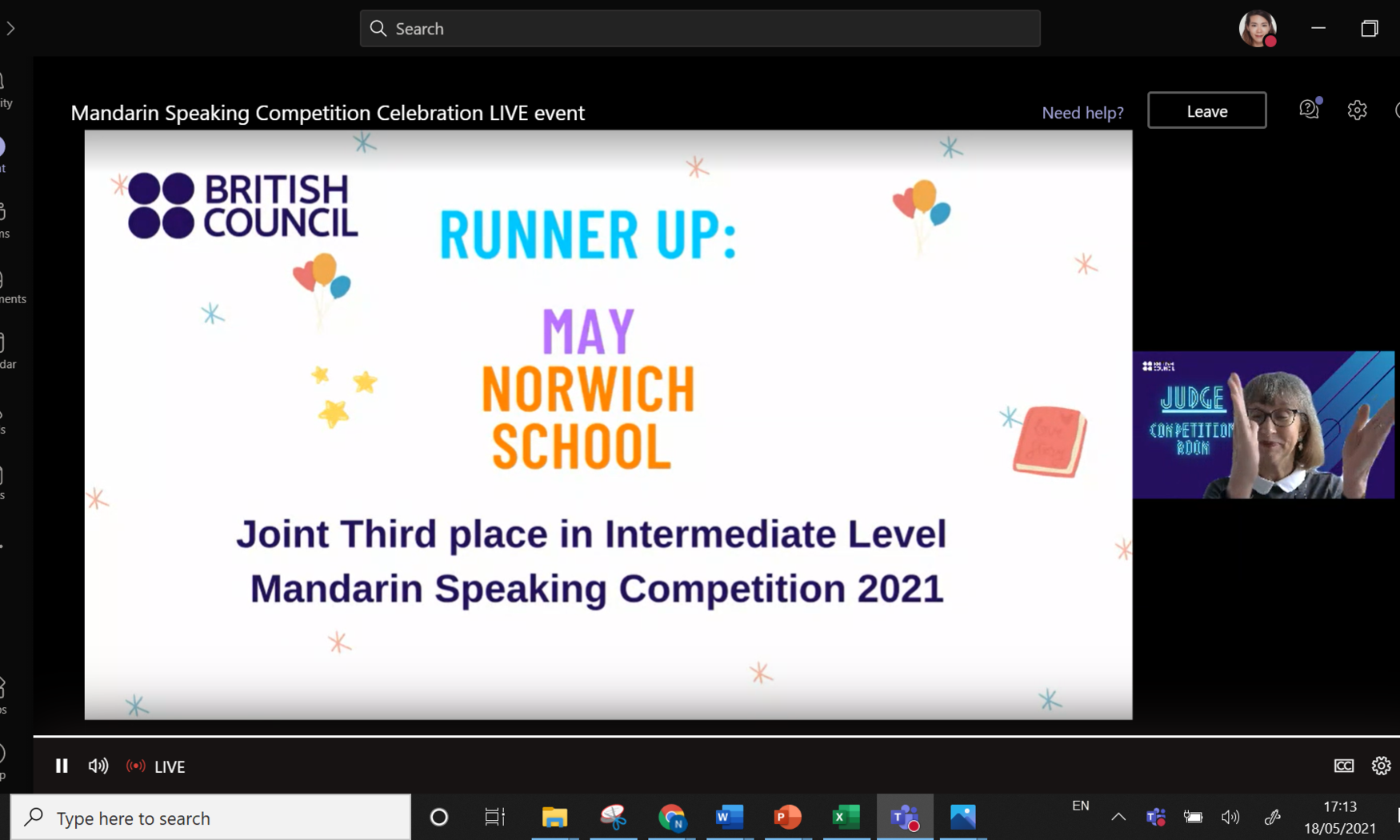