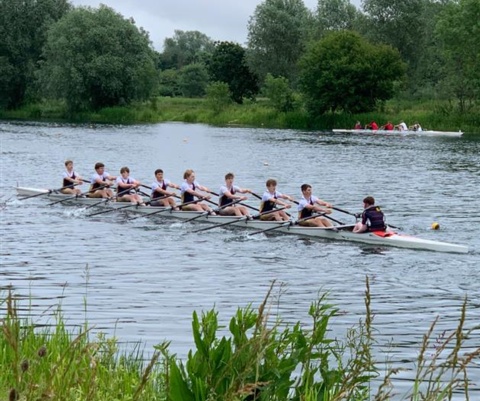 After a somewhat tumultuous first two years of rowing, the J15 squad finally had their first taste of racing last weekend.

The J15 girls squad raced on Saturday, in single, double, and quad scull. In the morning, the 2x of Davidson and Gotto raced to a respectable 8th place, winning the C final and overturning three crews that had outpaced them in the time trial in the process. The quad of Youngs, Bertea, Chen, Zhang and Prior won a bronze medal in the Plate competition - impressive given that three of the crew first picked up an oar in the Easter holidays. The afternoon division saw four single sculls race, with Jemima Gotto and Claudia Davidson finishing 12th and 14th in the Championship event and Eliza Prior and Verity Youngs 9th and 10th in the Plate event.

The turn of the J15 boys squad came on Sunday. The morning division saw the quad of Conway, Pitcher, Sergent, Parsons and Wade win the B final, coming in 5th overall and making a huge improvement on their performance in the time trial. The double of Ambadkar and Yonaha-McCoy came 3rd in their B final. In the afternoon, Daniel Conway raced to 12th place in the Championship single scull event - faring well against experienced club scullers. In the Plate event, Thomas Yonaha-McCoy came 2nd in the B final, while Rufus Sergent, Dylan Parsons and Aidan Pitcher won gold, silver and bronze medals in the A final.

The J14 also had their first taste of regatta racing last weekend in Peterborough. On Saturday two J14 boys octos raced for placings in the A to D finals. We made the A final and the C final, just missing out on the B final by 0.4 seconds! The boys in the A final left fourth place behind and pushed for second place in the last 250m only to run out of lake, bringing home a well-deserved bronze medal. The boys in the C final had a much cleaner row in their second race and won their final convincingly. In the afternoon the crews broke down into doubles and quads, 2 further races saw the doubles gain 2th and 4th in the B final and the quads raced to 3rd, 3rd and 4th places in the C, B and A finals respectively. On Sunday a J14 girls octo represented the boat Club, they boated in a strong crosswind but coped with the conditions well and sculled themselves into the A final out of 15 crews. Raising their game again they had a fantastic row pushing out into second place and coming away with a silver medal. In the afternoon we raced two quads achieving places in the B and C finals. The girls put in gutsy performances coming away with 2nd in the B final and 4th in the C final. 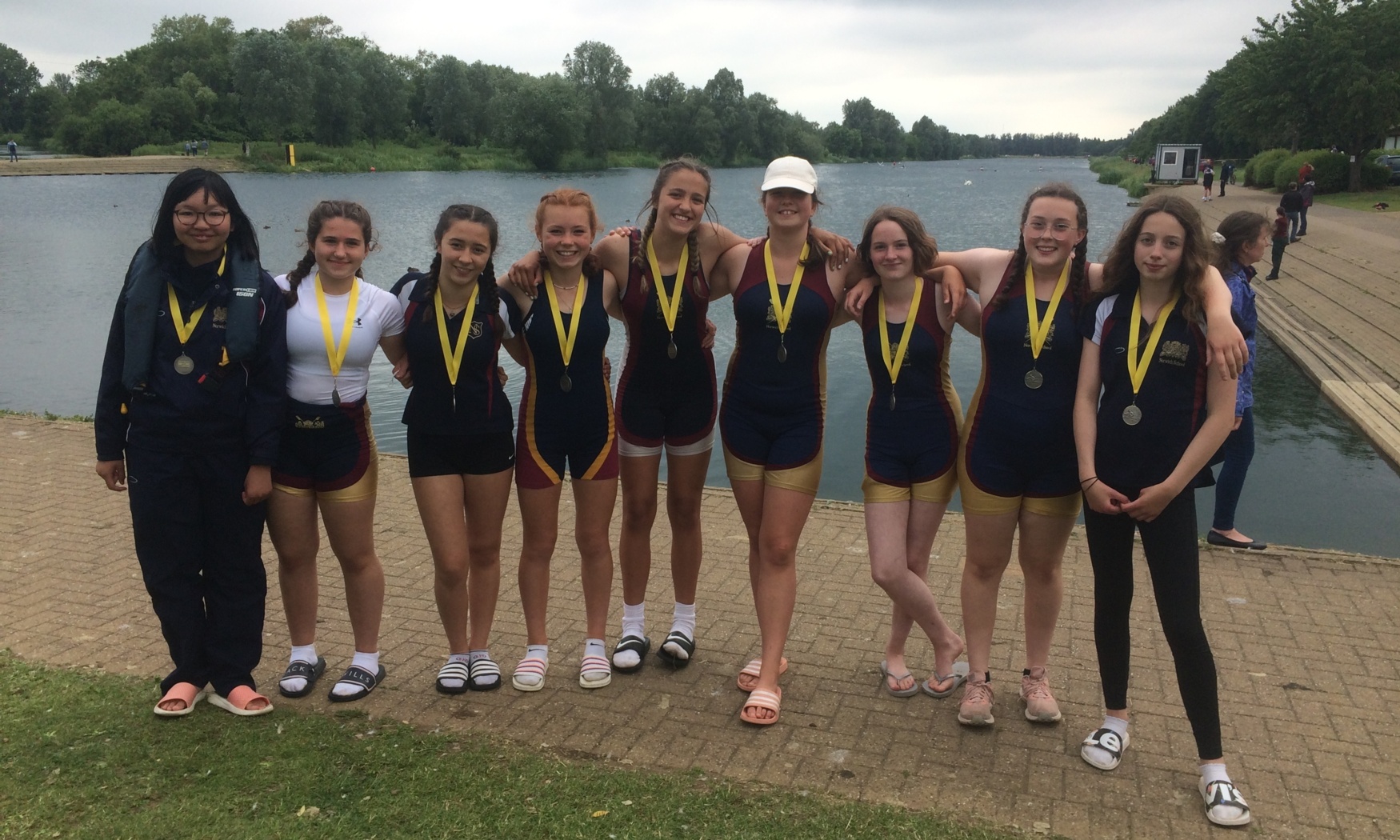 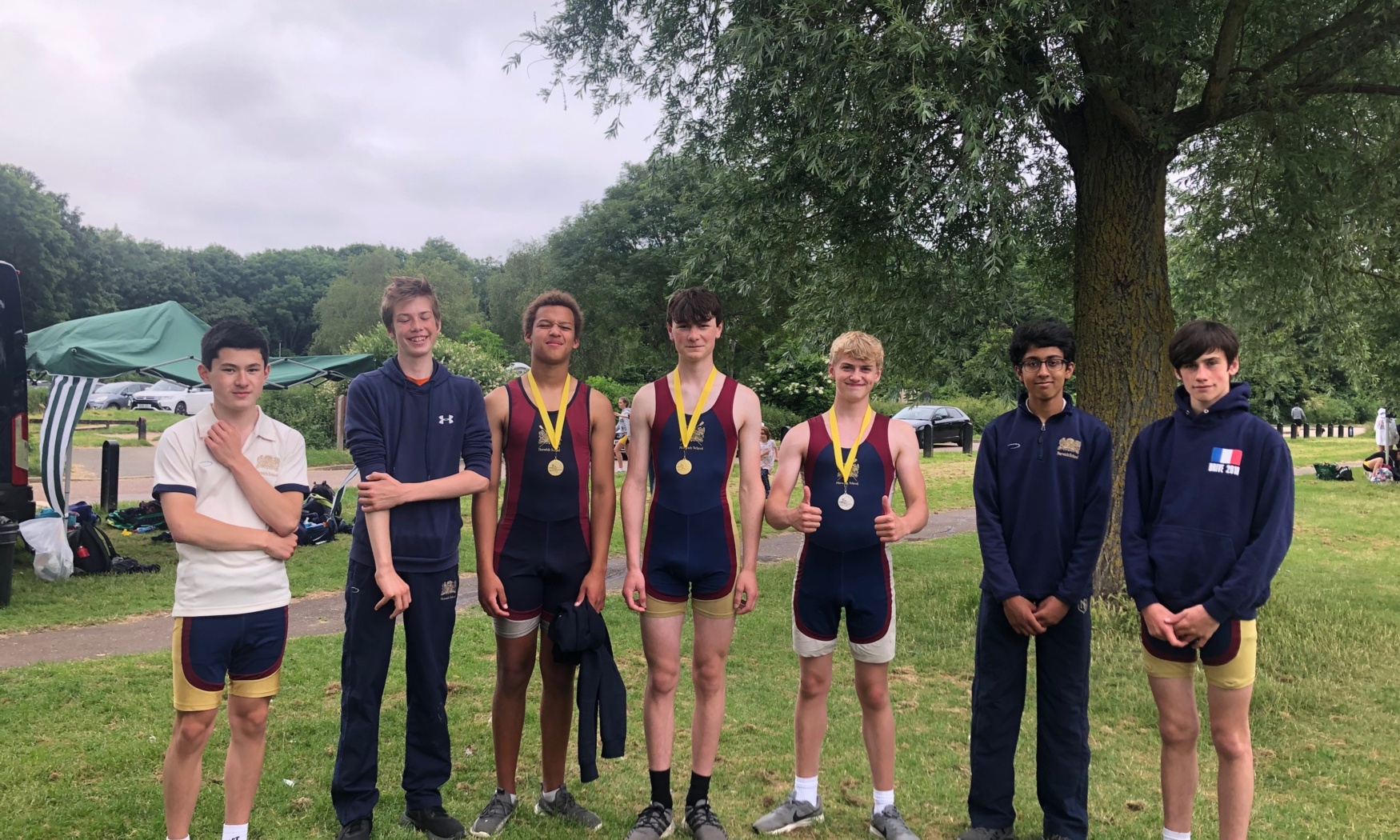 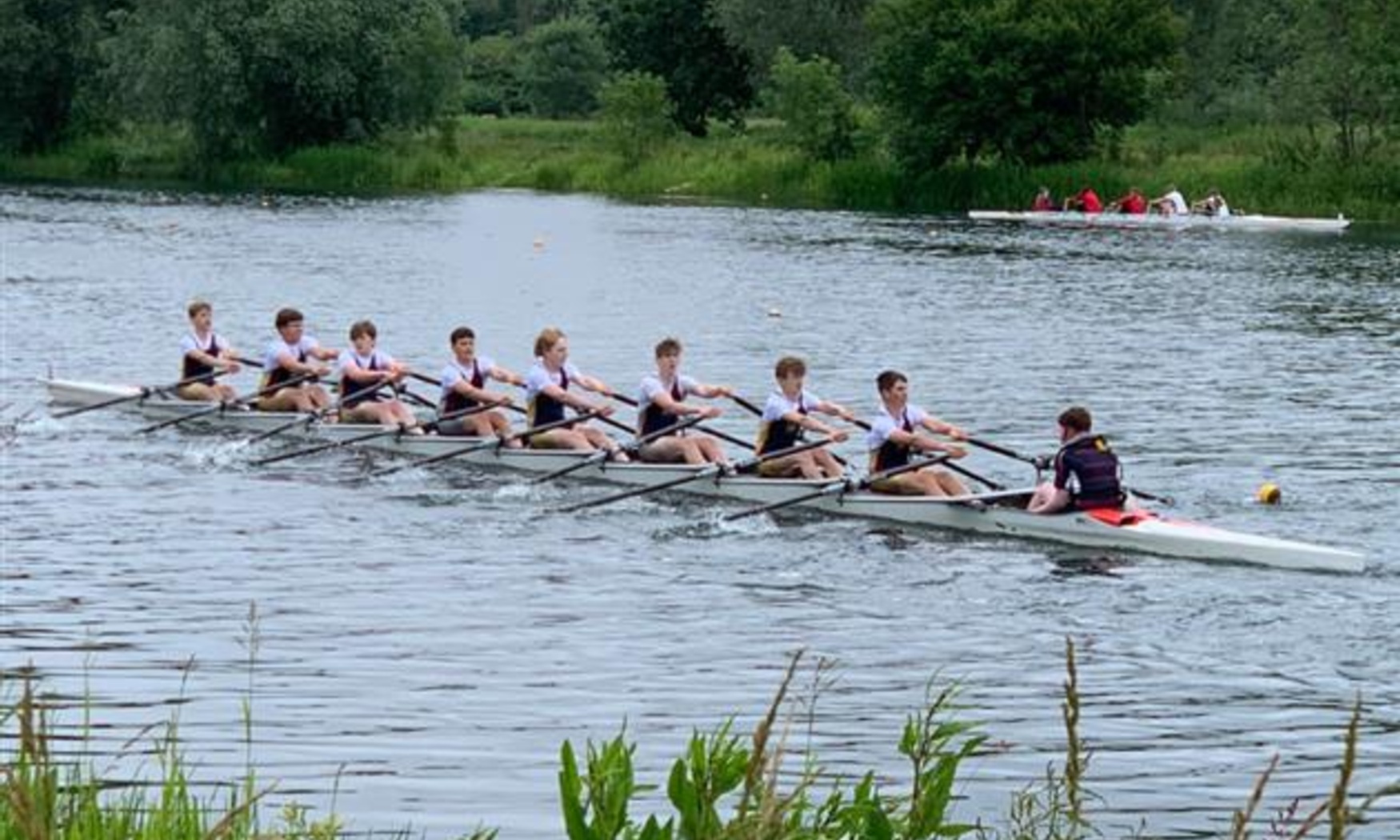 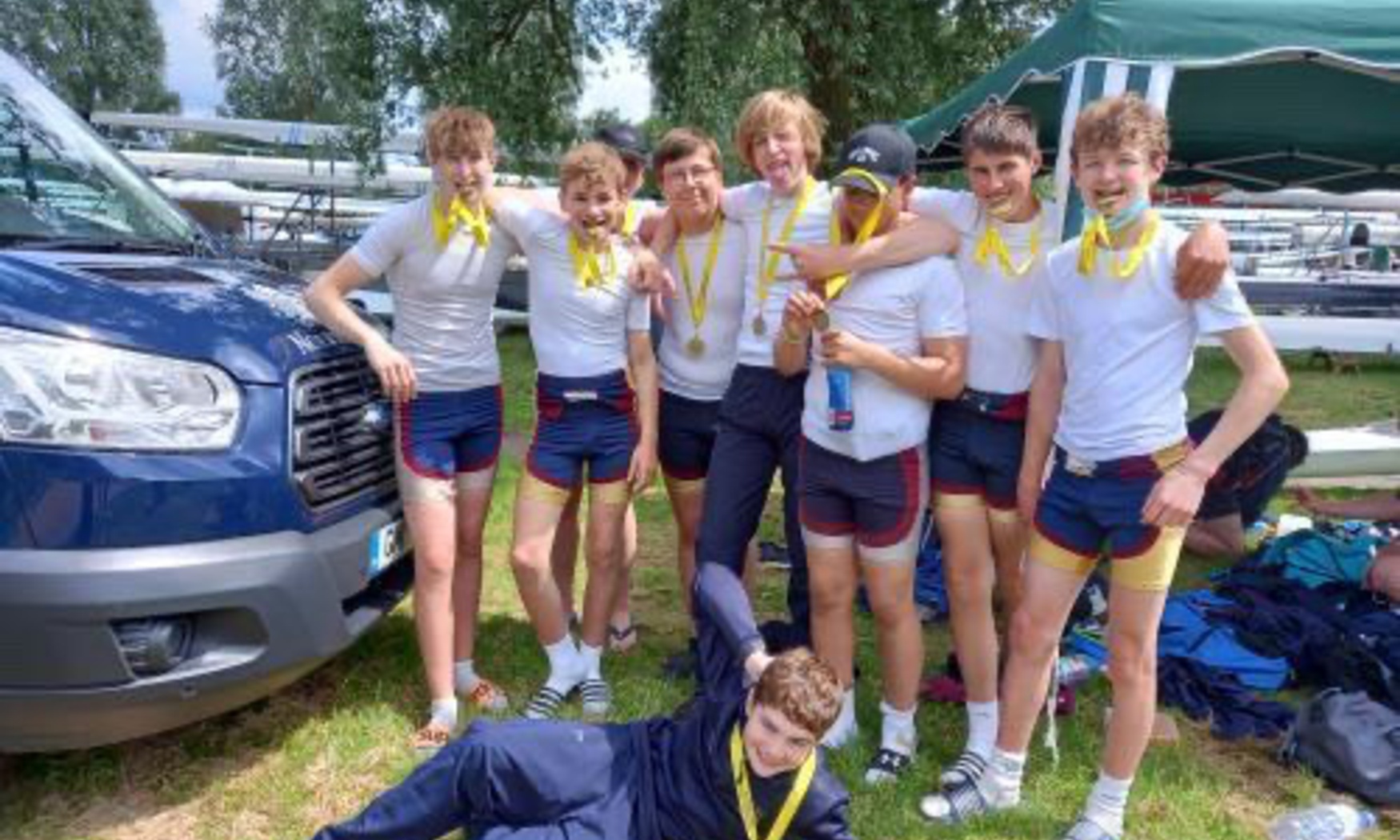