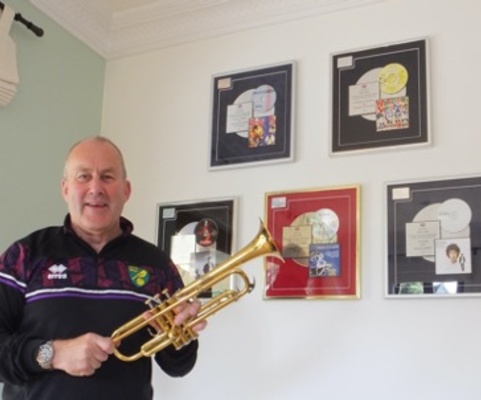 The Brit awards were presented to Mr Land for his contribution as a session musician to the British Music Industry, backing world class artists on recordings including:

Each Gold & Platinum disc award has a special BRIT AWARDS hologram with Mr Land's name and a personal number embedded to the hologram and linked to each recording on the  Brits catalogue.

Mr Land has been at the forefront of British Popular Music since the early 80’s. He is also busy recording and writing with many new ‘up & coming’ artists from the UK and abroad.

Mr Land will be performing at the Royal Albert Hall on the 30th September 2021 with his annual orchestral engagement playing for the International Ballroom Dance championships  - now in it’s 30th year!

Mr Land will also be travelling to the Middle East in December to perform with Diana Ross’s ‘Supremes’ as well as carrying out his teaching lessons at Norwich School and the Lower School.

Mr Land played trumpet on the original Katrina & the Waves ‘Walking on Sunshine’ trackback in the early 80’s. It is now one of the worlds most iconic pop tracks. It has sold literally billions of tracks worldwide – making it one of the most recognisable pop tunes ever recorded! 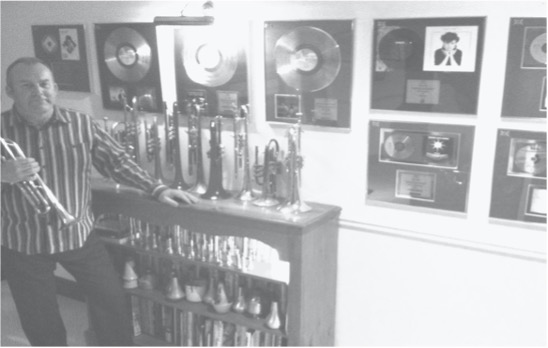