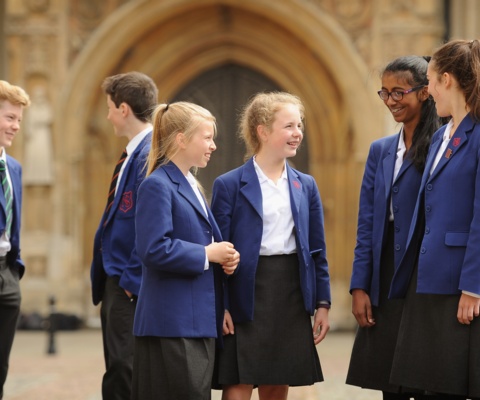 Norwich School has been named as East Anglia Independent Secondary School of the Year in the Sunday Times annual schools guide, Parent Power

The guide, which identifies the highest-achieving schools in the UK, bases its rankings on assessment of all academic results on a school-by-school basis and is aimed at helping parents compare the performance of a given school with other schools both regionally and nationally. The school’s outstanding academic results in the summer and also the achievements of pupils over the past few years led to Norwich School being crowned the best school in the region. Norwich School has consistently achieved the top A level and GCSE results in Norfolk and Suffolk.

Head Master, Steffan Griffiths said “It is great news that we have been recognised once again as one of the best schools of our kind in the country, particularly since the rankings show the consistency of achievement across the school for a number of years. The success of our pupils in obtaining top grades alongside sporting, artistic and philanthropic activities is testament to their determination and the rounded educational opportunities available at Norwich School.”

It is the 11th consecutive year that Norwich School pupils have produced A level grades at A*-A and A*-B in excess of 60% and 85% respectively and GCSE results have been similarly impressive over a long period.

In addition to the impressive academic results, pupils are also excelling in the extra-curricular activities offered at the school. Earlier this year, the school was named ‘One of the Best British Schools representing the Arts' by School House Magazine.