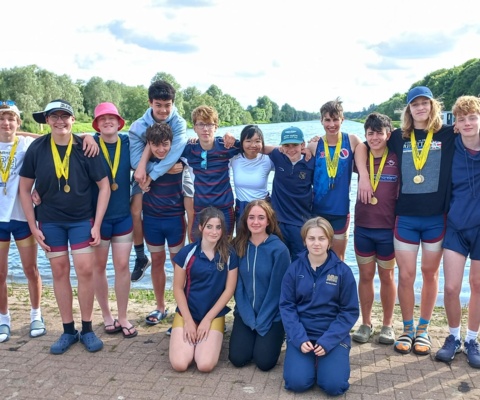 Norwich School Boat Club put in some very successful performances over the weekend of 25 and 26 June at a very windy Peterborough Regatta bringing home medals on both days.

On Saturday the events consisted of the J14 boys’ and J15 girls’ crews.  The boys achieved a 2nd place in their B final in J14 Octos, with a gutsy race in a newly formed crew of Archie Wilkins, Thomas Irvine, Max Stone, Nicholas Conway, George Davies, Griff Polglase, Edward Brightwell, and Uzair Athar coxed by Darcy Wilkins.  The crew then raced in smaller boats; putting them up against an array of experienced clubs and schools who specialise in smaller boats and achieved another B final 2nd place for Nicholas and Thomas in the doubles event and a 2nd place in the C final for the J14 quad of George, Griff, Archie and Max with Finlay Morgans as cox.

The J15 girls raced their small boats first, achieving a win in the C final of J15 doubles for Freya Osborne and Ella Murray and a 2nd place in the B final for Chessy Humphrey and Cara Feeney.  The girls J15 quad of Cleo Gregory, Esme Jarvis, Amalie Finch, Mia Garvey and cox, Lily Nguyen comfortably made their A final and in a hard-fought race brought home a Bronze medal.   The girls then raced in their octo, making another A final but despite an improvement in rhythm, the days’ racing caught up with them and they had to settle for fourth place overall.

On Sunday it was the turn of the J14 girls and J15 boys.  The wind was stronger than the day before which made for some testing conditions. However. this didn’t phase our J14 single sculler Lily Booth who battled her way through into first place in the C final putting in very respectable time.  The girls’ J14 quad of Ana Paduraru, Else De Lange, Holllie Blackham, Ruby Hemmant, coxed by Lily Booth improved on their time trial row achieving a 2nd place in their C final.

The J15 boys’ squad was represented across every boat class.  A 4th place in the quads C final for George Bellingall, Oliver Howard, Hector Larner-Longe and Lily Nguyen whilst the quad of Zach Baker, Chris Doylend, Atticus Hitchings, Reuben Francis and Alex Morgan led their heat into the A final where they put in an excellent performance achieving a Silver medal just behind a very experienced Windsor Boys crew.  Ted Bowyer and Charlie Clover achieved a 3rd place in the B final of J15 2x and Daniel Neville and Daniel White raced together through to the A final where they achieved a Bronze medal.  Barnaby and George both put in a gutsy performance in their single sculls, coming 1st in the C Plate Final and 4th in the Plate B final respectively.

In the afternoon Zach, Chris, Atticus, Reuben, Daniel, Daniel, Ted and Charlie with cox, Alex Morgan commanded the field of Octos putting in the fastest time in the heats; then with a well-executed start in the final they led the field achieving a Gold Medal against St Georges School, Kingston Grammar School and Bedford Modern.

All in all a fantastic end to a great season for the lower year groups in the Boat Club. 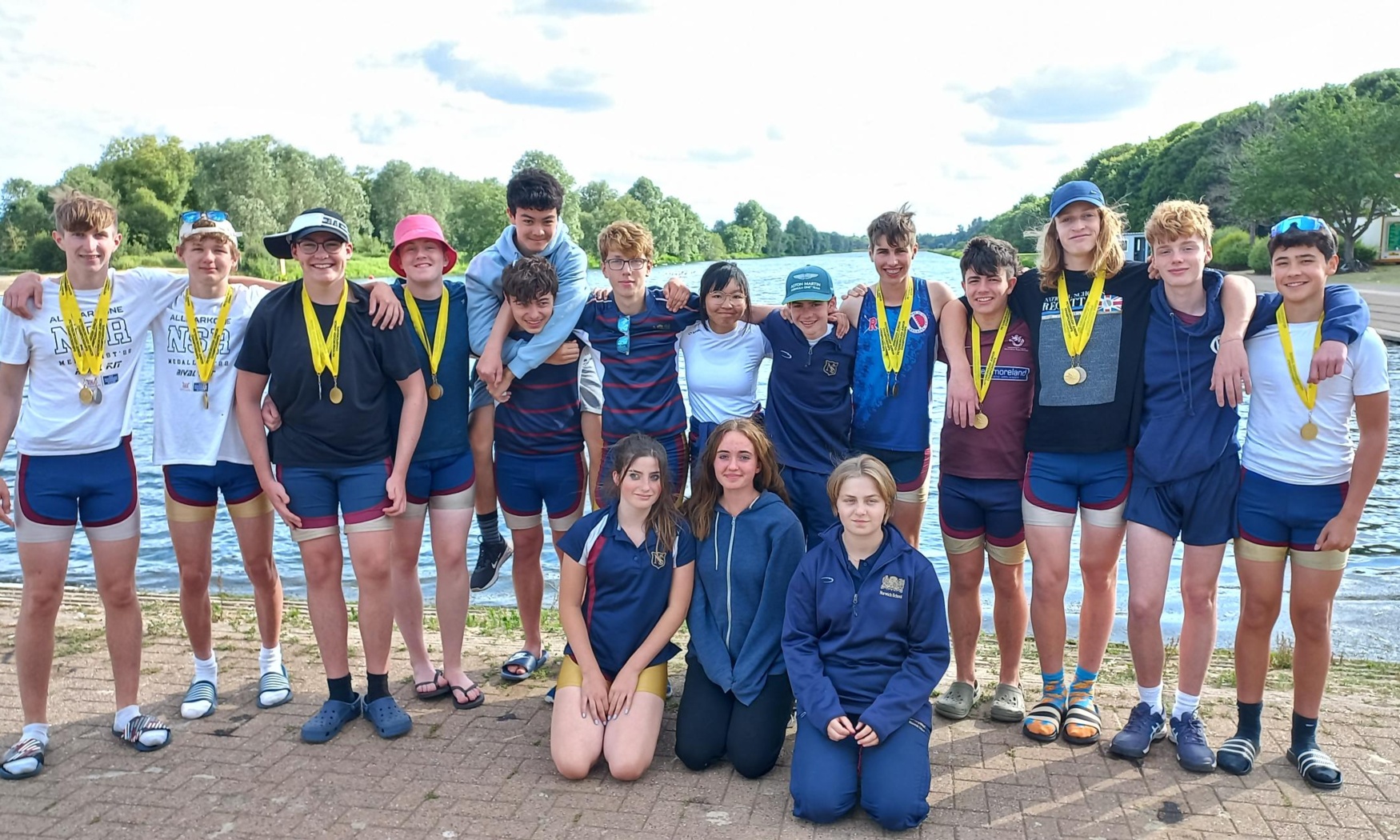