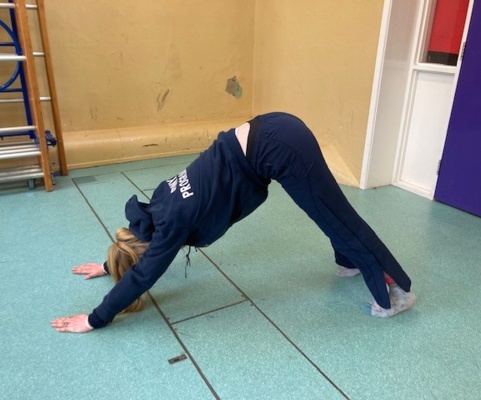 In the Sixth Form, all pupils take part in our Community Service programme, where they engage in charity and volunteer work twice a week.

One of the new Community Service placements is Children's Yoga, which is being delivered by Ivy Fisher and Maisie Humphrey, both in L6. The pupils lead free yoga and mindfulness sessions in local schools and nurseries. The Sixth Formers had never done yoga before the start of the year but have been learning yoga postures and mindfulness techniques in School since September and have now designed their own lesson based on a Mr Men Easter egg hunt which they are teaching to the children.

The pupils are volunteering at a number of schools across Norwich, including:

"We started at the beginning of the school year and learned lots of different yoga poses and techniques for teaching the children. Before starting our lessons after February half term, we put together a yoga routine which was suited to the children’s young ages and varying experience in yoga. So far, we have now taught four lessons at different school, and it has been great fun to see the children improving whilst also really enjoying our lessons."