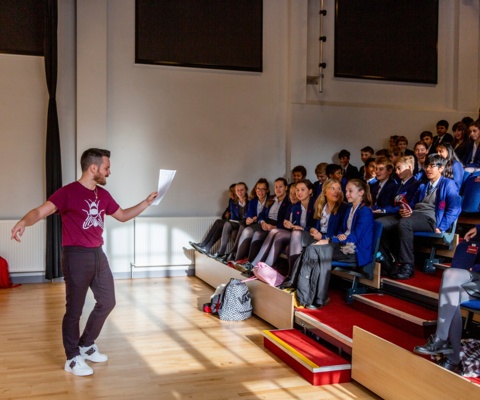 Matt is a self-described working class Brummie lad. With a school history of expulsion for talking in class and fighting, he has since turned these two traits into his living, and now works as a performance poet and flyweight boxer.

Matt opened by asking if the audience found poetry boring – and received an almost unanimous response! He talked about the different genres of poetry and likened them to different types of music, of videos, or even of food. He explained that we don’t dismiss all music because we dislike one genre, and we don’t stop watching YouTube videos because we watch one that doesn’t interest us, and we certainly don’t give up on all food because we eat something that we don’t enjoy.

His first poem was composed on the spot using many of the names from the Lower Five registers – which was a fun introduction with pupils listening out intently for their own names. He also performed a biographical poem, and talked about the different genres of poetry, with a test to see who could distinguish a rap lyric from a Shakespeare quote – which is a lot more difficult than it first seems…

Pupils broke out into their English classes and wrote their own poems in small groups. The morning concluded with a poetry slam competition, using the National Poetry Day theme of truth as the starting point for the poems. 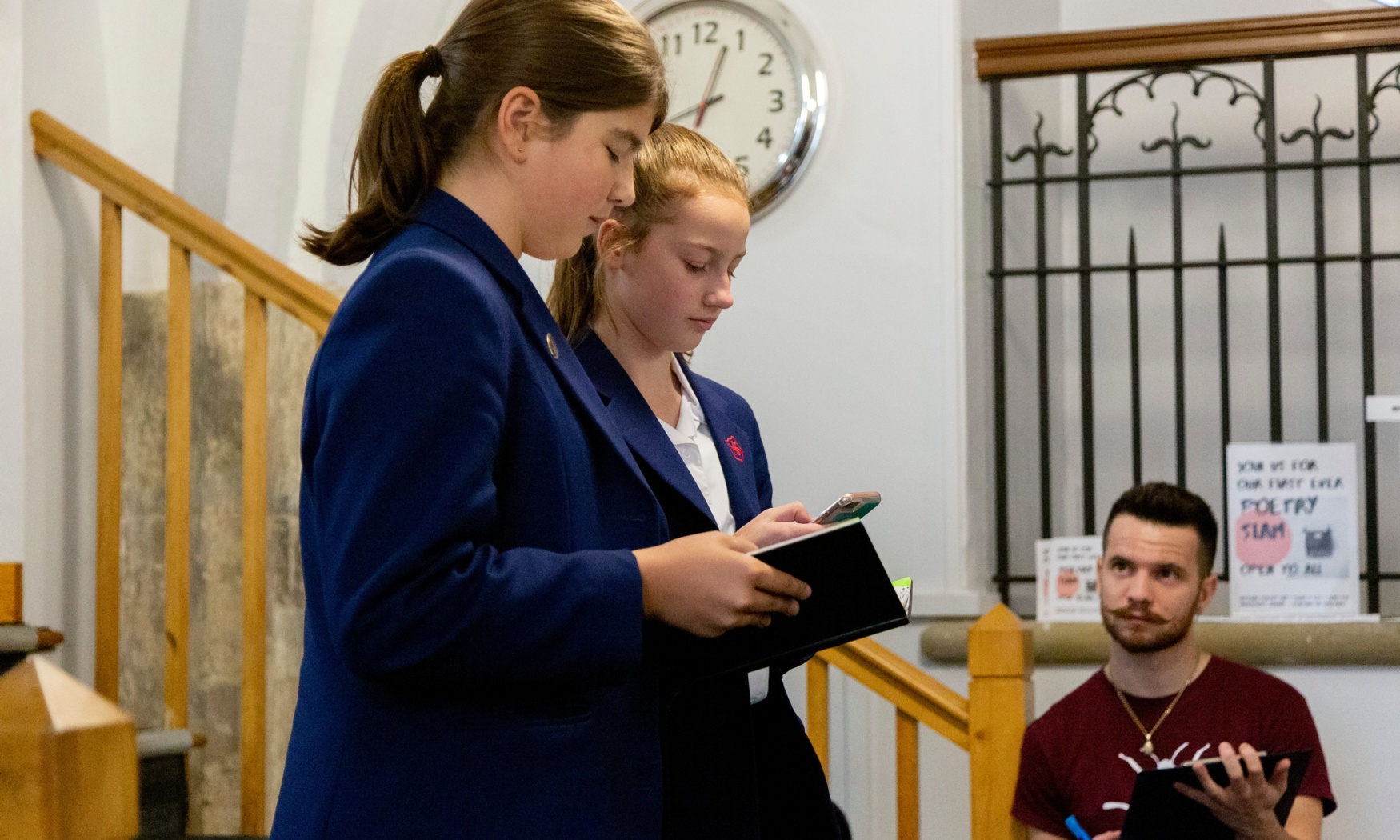 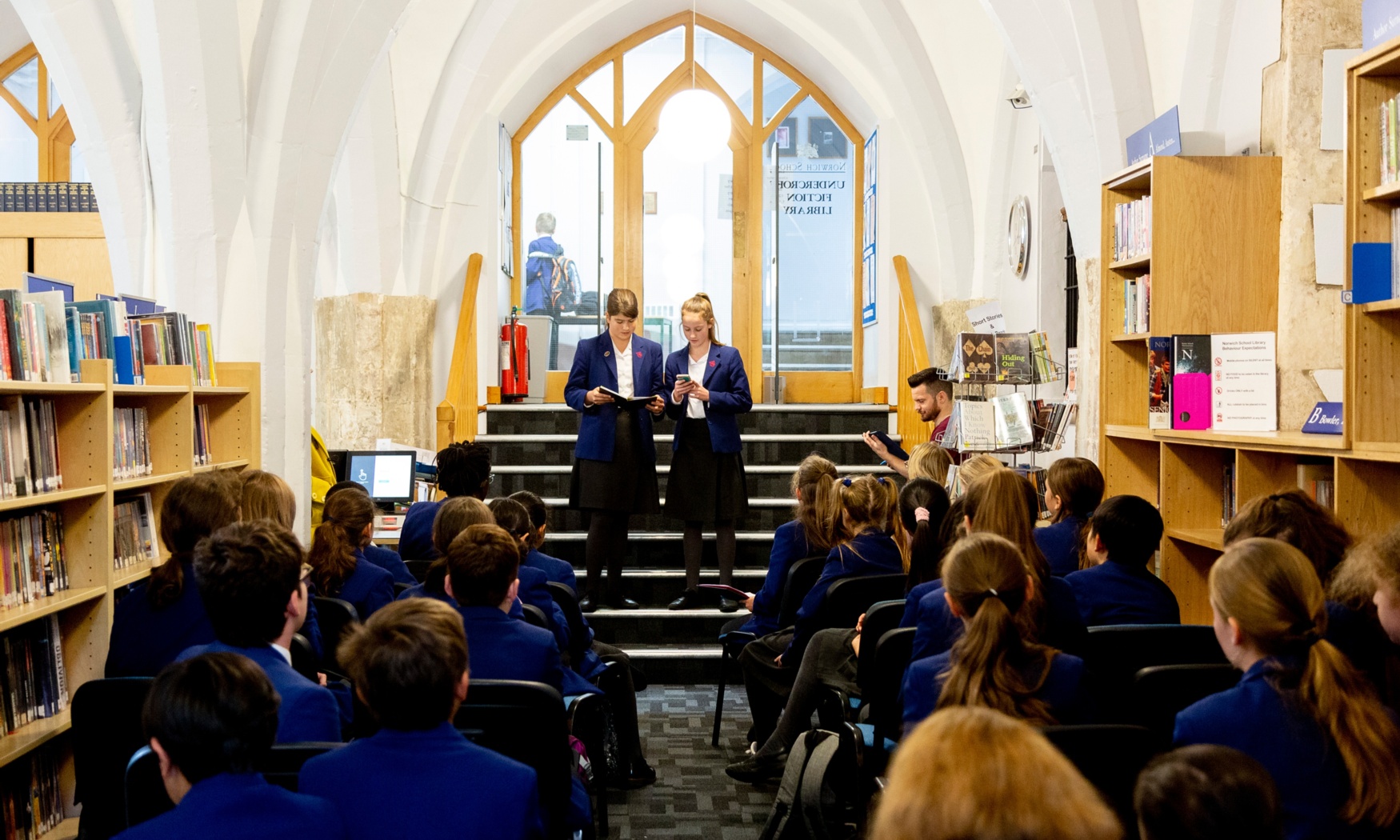 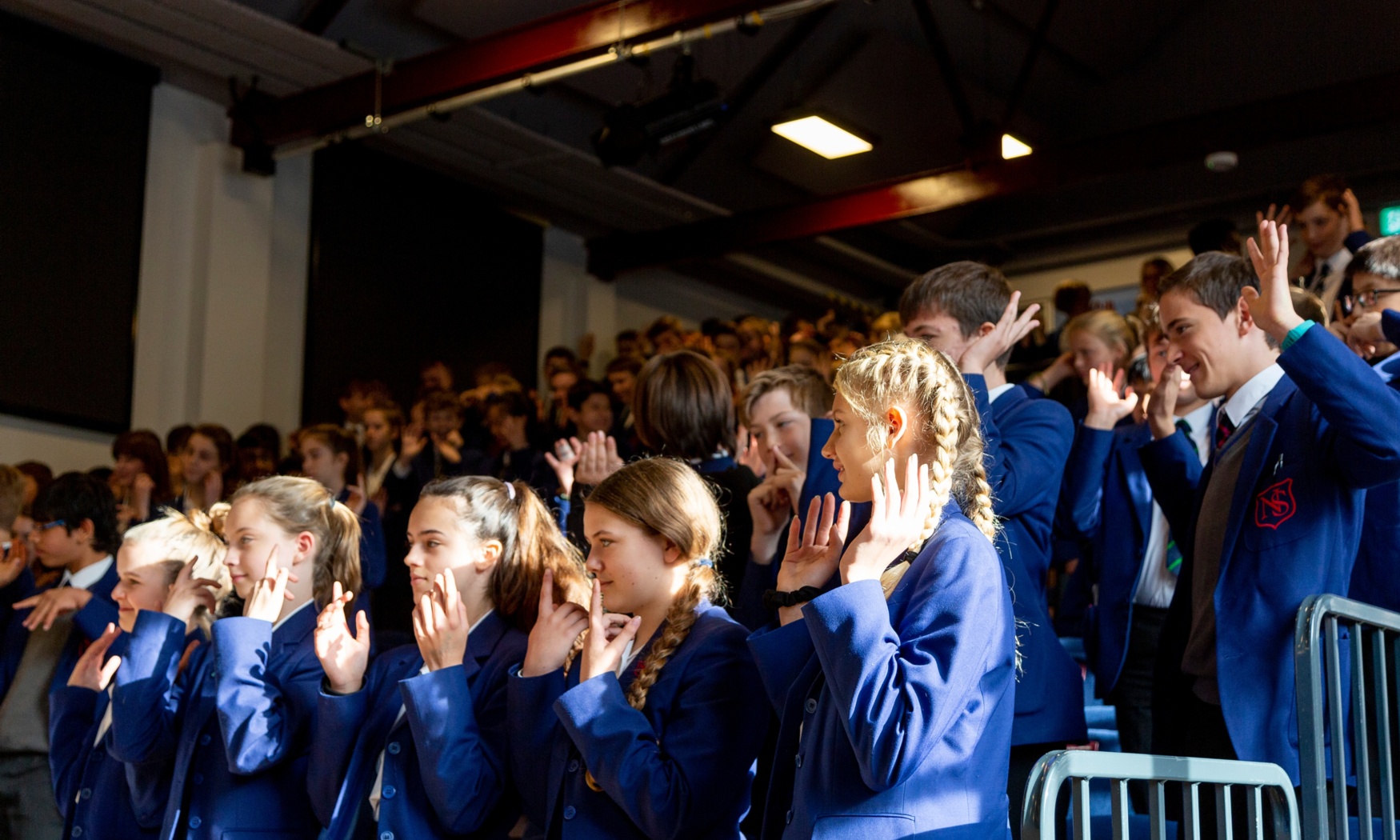 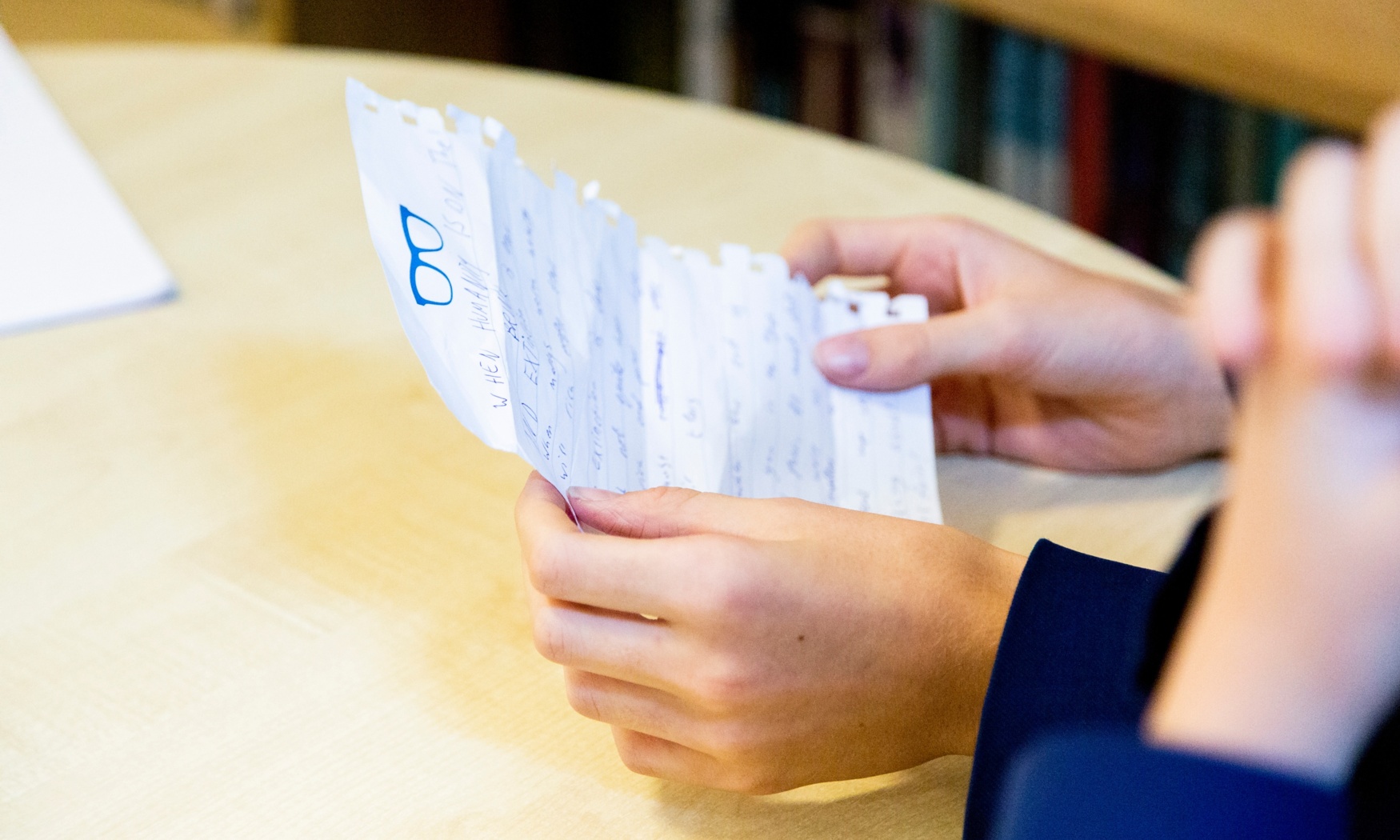 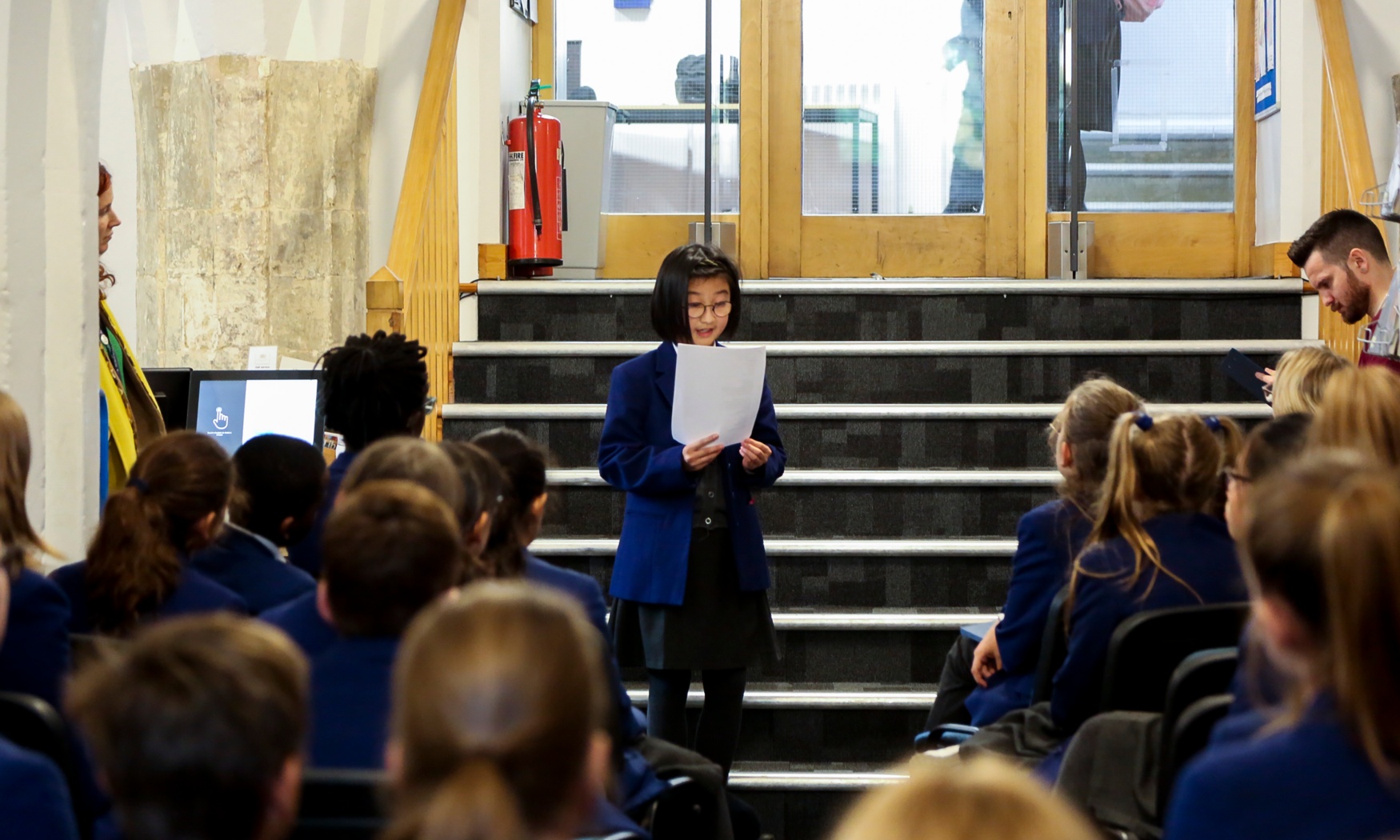 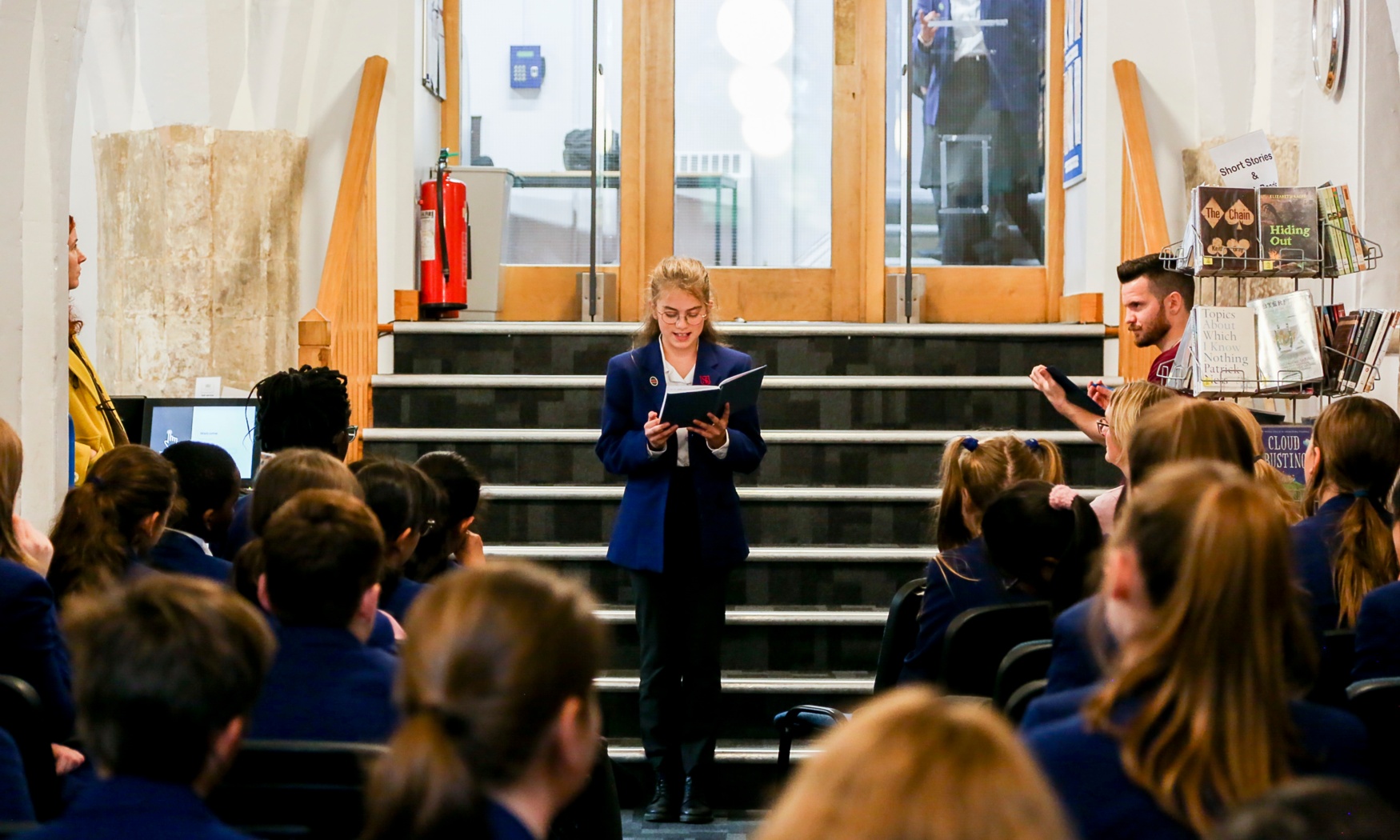 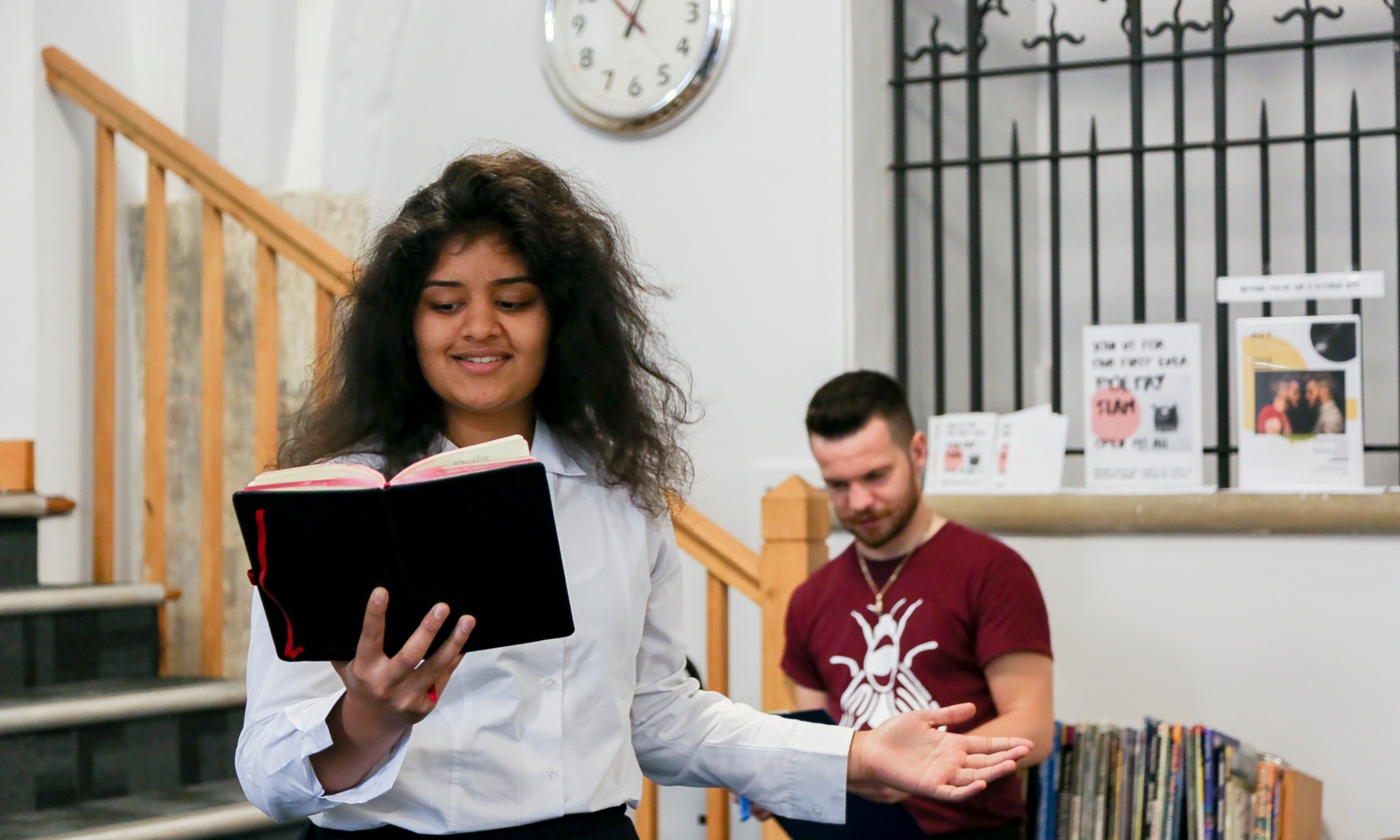 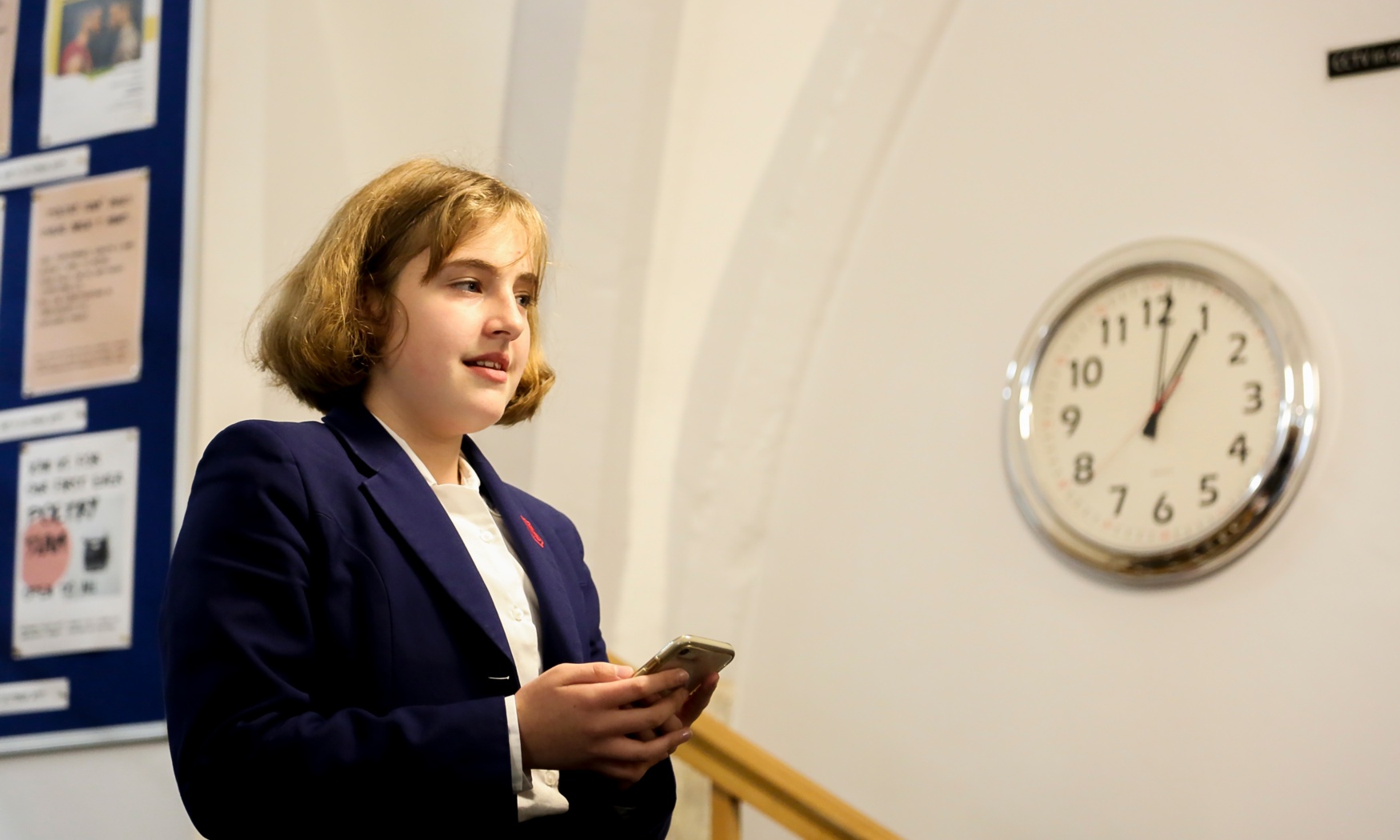 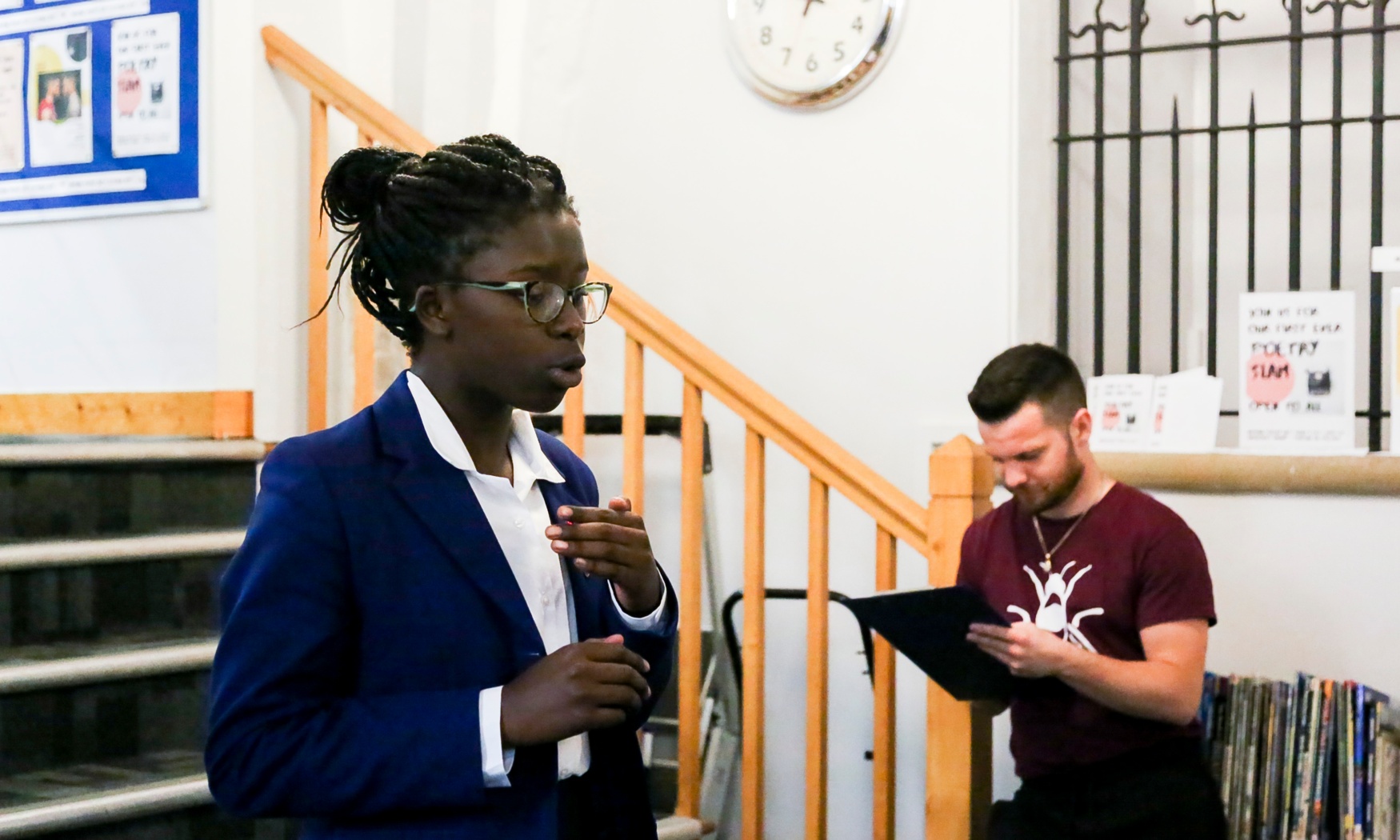 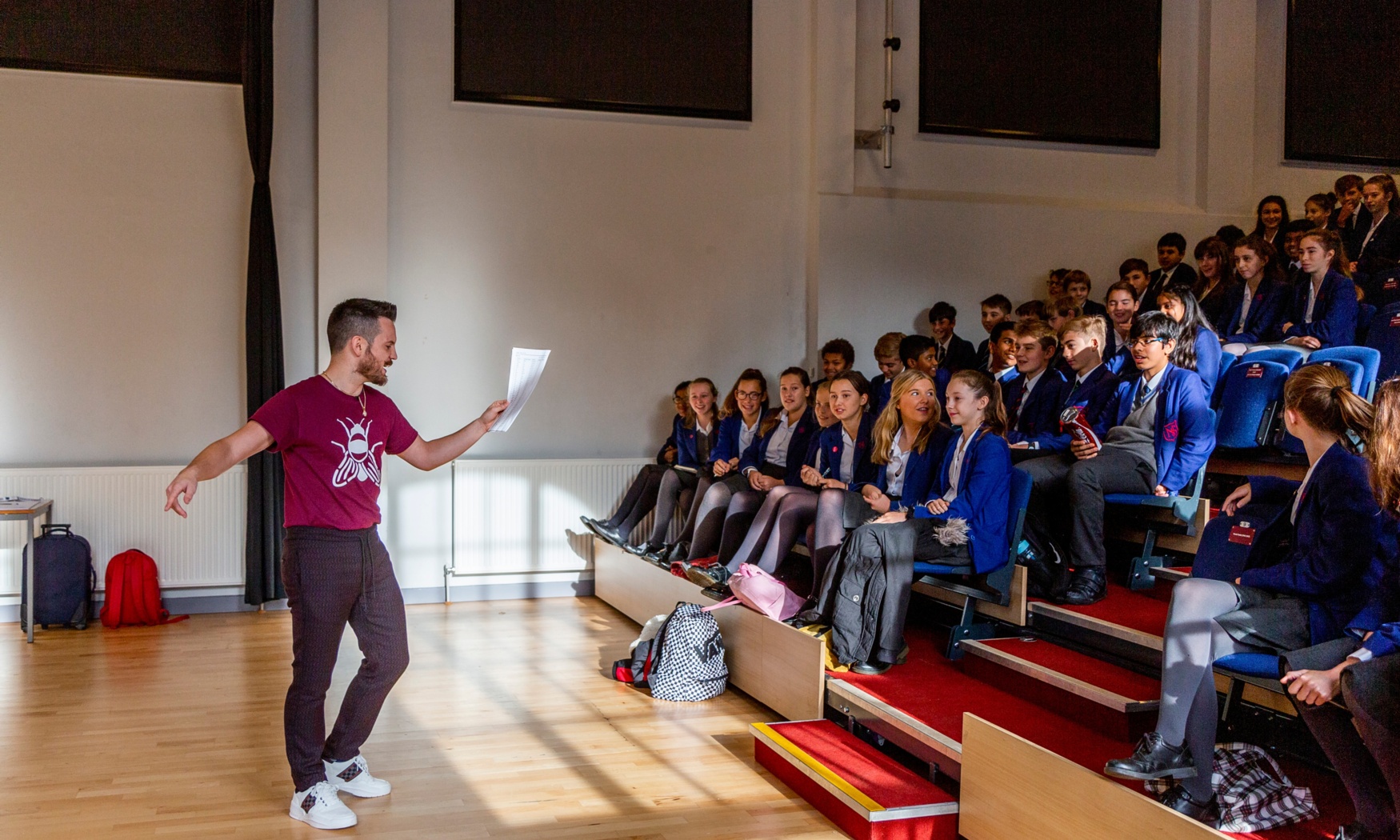 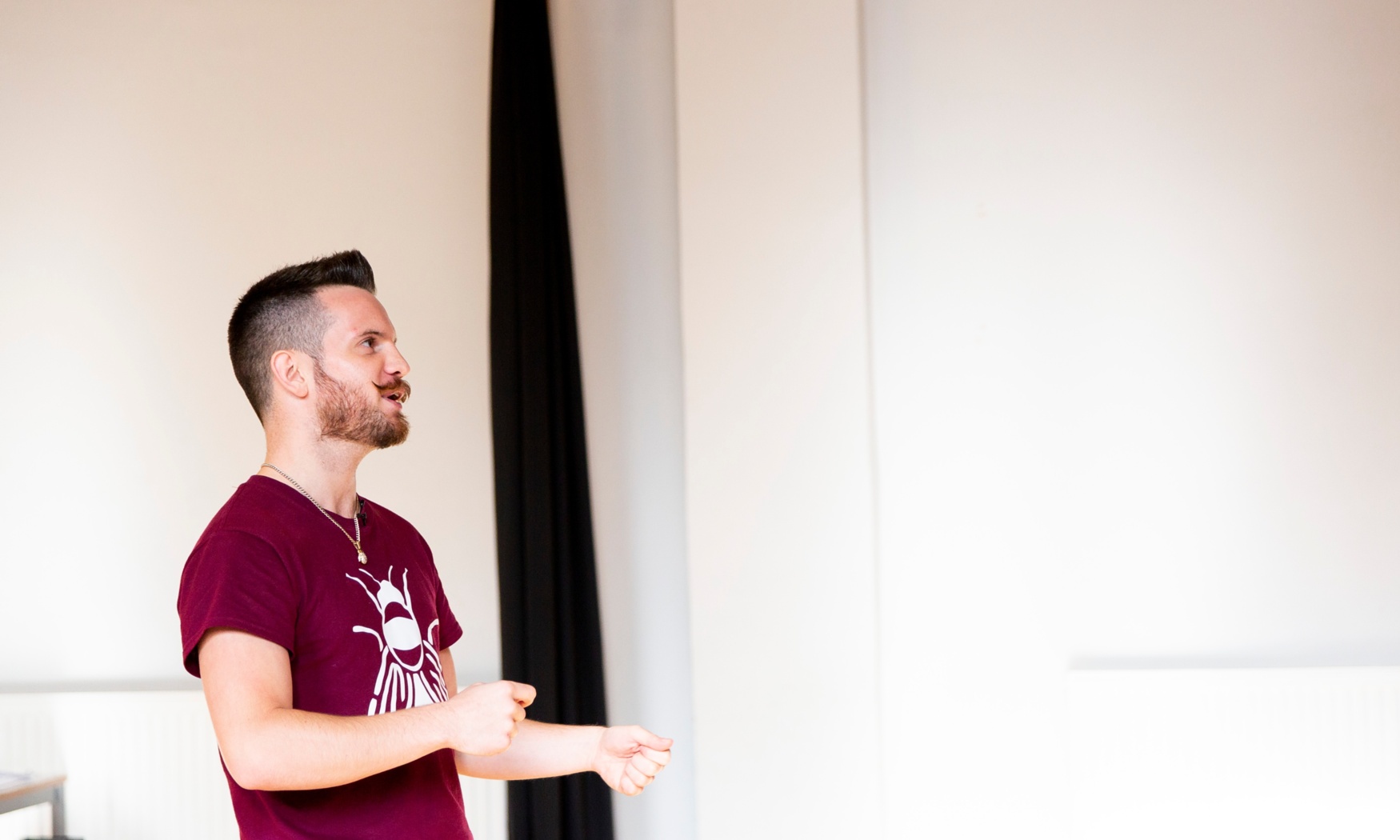 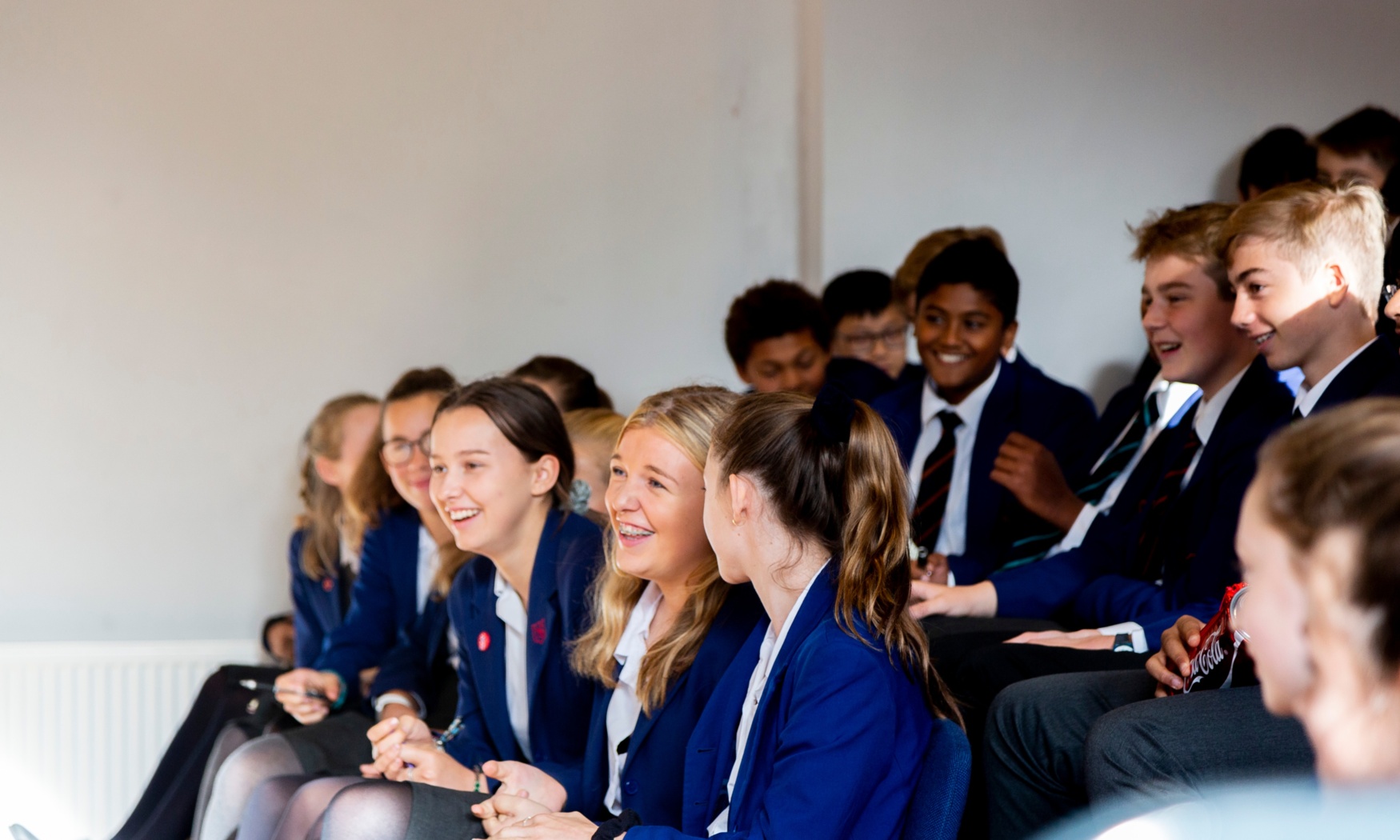 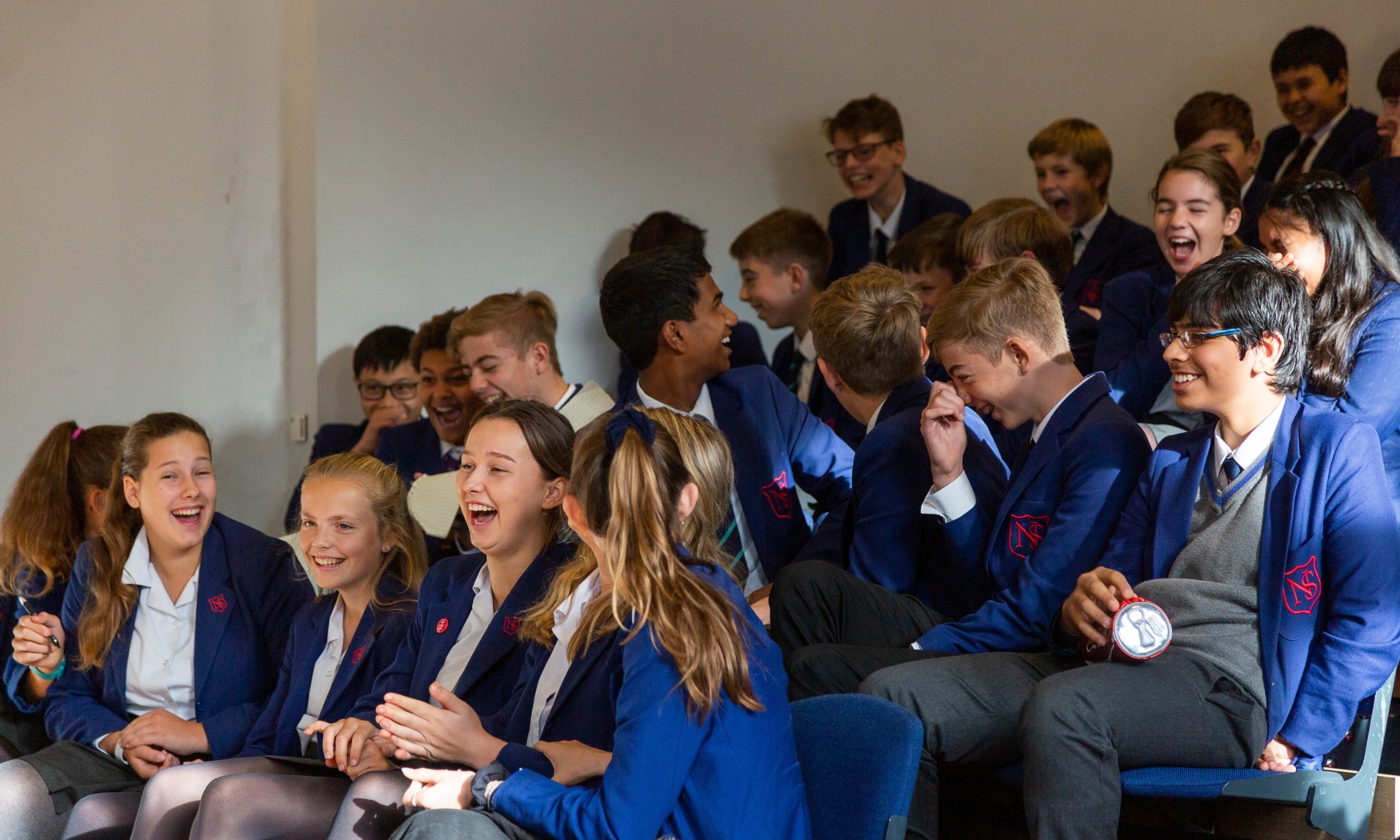 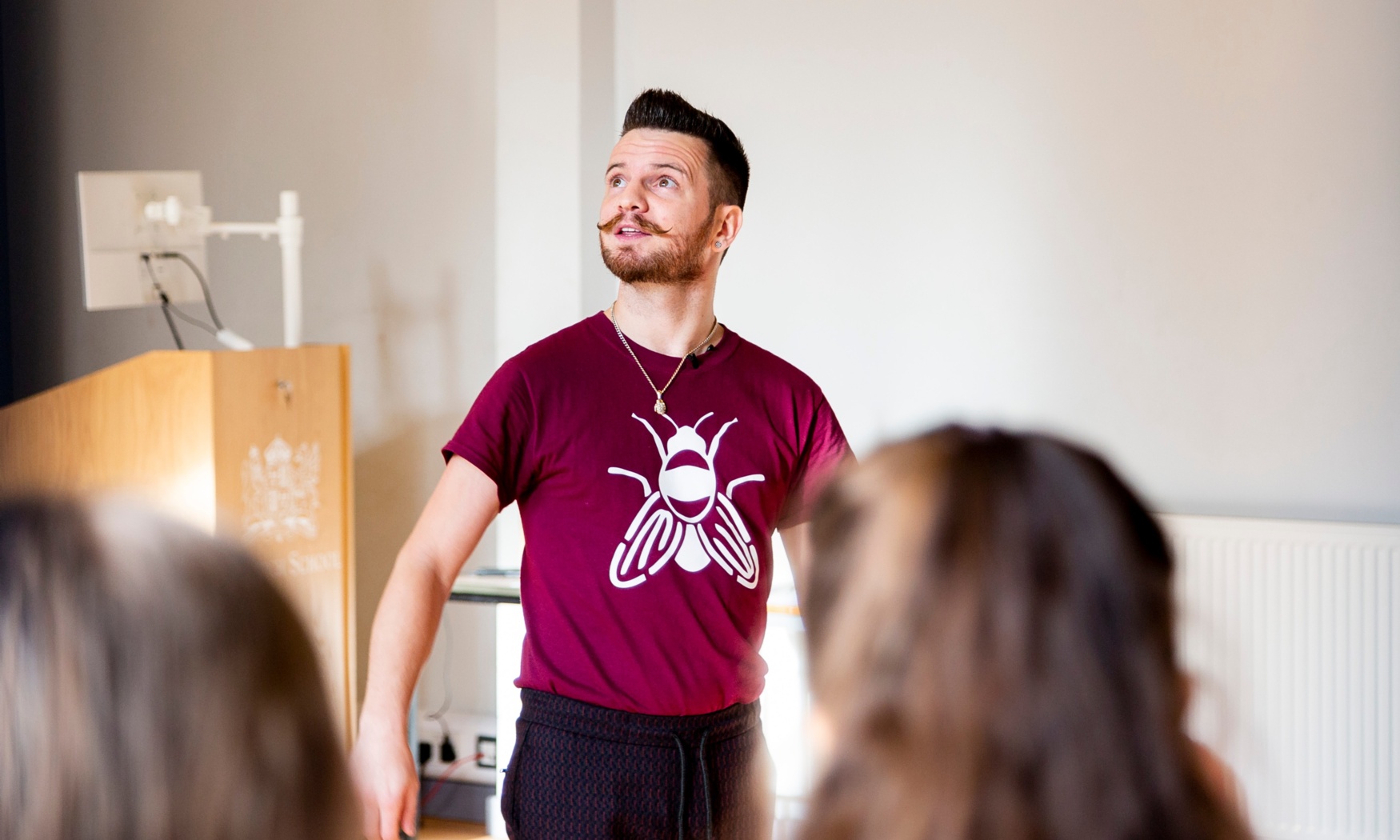