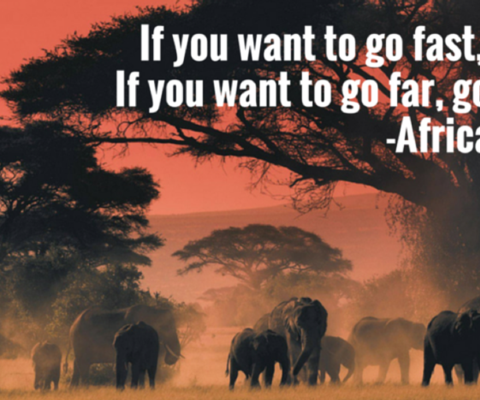 View from the Pulpit: Collaboration

"Houston we've had a problem" said astronaut Jack Swigert to NASA mission control. Apollo 13 was 200,000 miles from Earth. It had been launched on April 11, 1970, and was two days into its mission, to investigate an unexplored part of the moon. On board were three astronauts.

That evening, mission control asked Command Module pilot Swigert to do a final job, a routine procedure called a "cryo stir." It was meant to stop the super-cold oxygen and hydrogen, stored in tanks, from settling into layers.

So Swigert flicked the switches for the fans to do the stir. Then "Bang!" and the master alarm sounded. The astronauts didn't know what had happened. Back at mission control the data screens were going crazy.

Commander Jim Lovell then reported in, "... Looking out the hatch, ...we are venting something... out into space." Checking their instrument panels again they saw that they had lost all the oxygen out of one tank, and it was rapidly disappearing from the second. They were in deep trouble.

To survive they needed to quickly move out of the command module and into the lunar landing module. The lunar module didn't have a heat shield to survive the trip back to earth, but it could potentially keep them alive long enough to get there. Then the astronauts could transfer back into the command module, and if it had enough power they could re-enter the earth's atmosphere and splash down safely into the sea.

Lovell and Fred Haise (the Lunar Module pilot) worked frantically to boot up the lunar module in less time than designed, while Swigert remained in the command module to work together with mission control, to shut down all its non-essential systems and so save as much power as possible for the re-entry to earth.

This done, the mission to land Apollo 13 on the moon was abandoned. The new mission was to get the astronauts back alive. There were a number of challenges ahead. The first issue was that the Lunar Module did not have enough carbon-dioxide filters to keep the air breathable for the three men. So the engineers at mission control had to work out how they could fit square carbon dioxide scrubbers from the command module into the round scrubber holes in the lander.

The next problem was that the spacecraft was on the wrong trajectory. At the time of the accident, Apollo 13 was on a path that would cause it to miss earth by 2,500 miles!

Over the coming days, mission controllers worked around the clock - grabbing a few minutes of sleep under their desks when they could.

The problem of the carbon dioxide scrubbers was eventually solved by engineers who instructed the astronauts how to use: spare parts, duct tape and a sock!, to fit the square cannisters into the round holes.

Then another team worked with the astronauts to fire the lunar module's thrusters, at key points to get them back on course. However, each time this required precious power.  So, just like on the command module, they had to turn everything off, apart from the essential systems.  This meant there was no heating, so temperatures dropped to near freezing. Some food became inedible and they had to ration their drinking water to keep the lunar module's hardware cool. They were all losing weight and Haise developed a kidney infection.

Finally, on day seven they made it to the earth's atmosphere and relocated back into the Command Module. Then they got a view of the outside of it. "One whole side of the spacecraft is missing!" exclaimed Lovell. Would they have a heat shield? Would the parachutes open?

As they hurtled towards earth, communication was lost. Everyone held their breath. Then, TV cameras picked up Apollo 13 floating down through the clouds; its three parachutes open. Mission control and the whole world celebrated.

The crew became international heroes, but this had been a team effort. In an interview afterwards, Lovell explained, "It was a collaboration. A tale of two groups. One was in a comfortable control room with hot coffee... [who] had to come up with the ideas to get us back... and the second group in a cold, damp spacecraft, [had] to correctly execute those decisions."

It was collaboration that saved them. But collaboration and team work aren't trouble-free. It sometimes feels like it is just easier to do things by yourself, your way. However, being a good team player, and working well together, is as important as being the leader.

When President John F Kennedy visited NASA headquarters for the first time, in 1961, he introduced himself to a cleaner who was mopping the floor and asked him what he did at NASA. The cleaner replied, "I'm helping put a man on the moon!"

As a school, we are going to be encouraging effective collaboration. The Green Group have been setting each tutor group a challenge.

So to finish, Why Collaboration? Canadian astronaut Chris Hadfield said it this way: "Ultimately, leadership is not about glorious crowning acts. It's about keeping your team focused on a goal and motivated to do their best to achieve it, especially when the stakes are high and the consequences really matter. It is about laying the groundwork for others' success, and then standing back and letting them shine."

Have a great day, together.