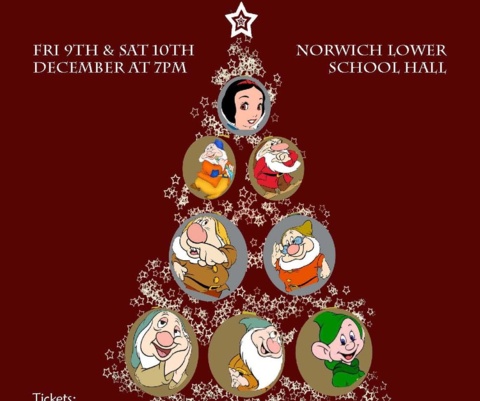 The inside story of this year's Staff Pantomime

Alice Rickett, former Norwich School pupil (10-12) and current drama gap student, talks about her upcoming role as 'So Right' in this year's Staff Pantomime on 9th and 10th December. For more details and tickets visit the Norwich School Ticketsource:

Having seen the majority of staff pantos, since way back in 2001 when my brother joined in Form 1, the prospect of being part of it this year seemed like destiny. So when Chris Parsons made the first, slightly apologetic, request that I join the cast, I naturally welcomed the offer with open arms. And with the panto coming so hot on the heels of Sweeney Todd, the prospect of another production eliminating any post musical blues was an added bonus. However, pies, Pirelli's elixir and Fleet Street were a distant memory by the time rehearsals began, rather a contrast to the months of work on Sweeney (and that was just for Theo's beard). However while this alternative pre-production technique was slightly alien to me, the knowledge that David Bateman would again be reprising his role as panto pirate made me feel at home, that everything was going to be fine, and that maybe at last there was chance for 2016 yet. The only slight disappointment was that Graham Hanlon would not be returning to the stage in his beloved role of The Little Wooden Boy from The Producers. However, I'm sure that new stars will be born come Friday night. Needless to say therefore that this panto will be everything one can expect, and more. Indeed the fact that I will be wielding the infamous and inevitable custard pie in the general direction of the SMT is yet another gem in this already ostentatiously decorated Christmas treat. Seeing a cast of bizarrely costumed staff performing roles that you would never have expected from seeing them day to day in your classrooms may be enough to entice you to come along. However you will also (hopefully) enjoy a unique, fresh tale of Snow White, shady characters, an evil queen and 7 dwarves as you've never seen them before.

Performances are on 9th and 10th December, it's going to be fantastic - (oh no it isn't) OOOOH YES IT IS!