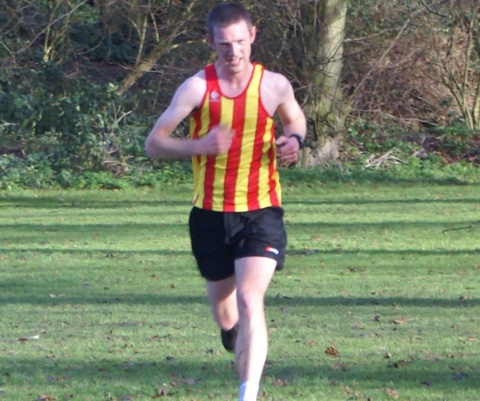 The Hillsborough Disaster - words from a trinity Term Assembly

This morning's reading is from Psalm 23

The Lord is my shepherd; I shall not want.

He makes me to lie down in green pastures: he leads me beside the still waters.

He restores my soul: he leads me in the paths of righteousness for his name's sake.

Yea, though I walk through the valley of the shadow of death, I will fear no evil: for you are with me;

On Saturday the 15th April 1989 I was at a football match. I was a 10 year old boy at the time, and if we were good, my Dad would often take me and my brother on a Saturday and we would stand on the terraces together. Most of you will probably never have this experience, because even if you do go to football, you'll be in an all-seater stadium like Carrow Road. Back in the 80's most grounds had some seats, but I still remember it cost 50p extra to get into the grandstand, and there was no way my Dad was going to pay that, having already paid £3 to get in, so we usually stood on the terraces behind the goal. Growing up in Northern Ireland, we went to see our local team play in the Irish League, but what we really wanted was to live in England so we could go to real football matches and see teams like Arsenal or Man Utd, or even Norwich, who came 3rd in the league that year, believe it or not. My brother was, and still is, a Liverpool fan. He would have given anything for the chance to go to the FA cup semi-final between Liverpool and Nottingham Forest at Hillsborough. As you will know if you've been following the news this week, it was a very good thing that he didn't have that chance.

On that dreadful day 27 years ago, 96 Liverpool fans were crushed to death when far too many of them were directed into a fenced enclosure behind the goal. We can only imagine the horror of what it must have been like to be there on that day.

In the ensuing days and weeks, and even as the tragedy unfolded, while coping with unimaginable loss and grief, the Liverpool fans were being blamed for what had happened. They were drunk, they turned up late, they forced their way into the ground, they attacked the police and stole from the dead. These were the stories in the newspapers at the time. And so began a 27 year campaign for justice. Justice for the 96. Over the years I have always felt enormous sympathy for the families of the victims and the survivors, and I've always hoped that they would get what they wanted. But I've also wondered, what do they want? What is justice? Do they want revenge? Do they want to see people punished?

Now I finally get it. On Wednesday 30,000 people came to Liverpool City Hall to celebrate. Celebrate the fact that, after 27 long years, they finally had their justice. And what had they got? Had they got revenge? Had anyone been prosecuted or convicted? No. What they had got was simply the truth. The truth that they and their loved ones had not been to blame for the disaster. The truth that it was in fact the actions of the authorities that had been at fault. It may be that police officers end up being prosecuted for their actions on that day, or for the ensuing cover-up, but the people of Liverpool haven't waited for that. As far as they are concerned, they have their justice. They have the truth.

During Wednesday's service, one of the people who spoke was Kenny Dalglish. In 1989, Kenny Dalglish was the Liverpool manager. Like Alex Neil at Norwich today, he was a young Scottish player-manager, only 38 at the time, in no way equipped to deal with such an enormous tragedy. But the way Kenny led his team in the wake of the disaster has led to him being seen as something of a saint in the city of Liverpool. Kenny visited many fans in hospital and attended many funerals. There were so many funerals that it wasn't possible to attend all of them, but he made sure that at least one of his players was at each and every one. For this, and his support over the years, he is held in the highest regard in Liverpool. However, even his biggest fan would never describe Kenny as a great speaker. His thick accent makes him hard to understand at the best of times, and he general comes across as the archetypal dour Scot. But on Wednesday he read a beautiful poem which echoes this morning's bible reading. It tells us that though life may get tough at times, and terrible things may happen to us, someone is always with us. The poem is called Footprints and goes as follows:

"One night I dreamed a dream. I was walking along the beach with my Lord. Across the dark sky flashed scenes from my life.

"For each scene, I noticed two sets of footprints in the sand, one belonging to me and one to my Lord.

"After the last scene of my life flashed before me, I looked back at the footprints in the sand. I noticed that at many times along the path of my life, especially at the very lowest and saddest times, there was only one set of footprints.

"This really troubled me, so I asked the Lord about it. "Lord, you said once I decided to follow you, You'd walk with me all the way.

"But I noticed that during the saddest and most troublesome times of my life, there was only one set of footprints. I don't understand why, when I needed You the most, You would leave me."

"He whispered, "My precious child, I love you and will never leave you. Never, ever, during your trials and testings. When you saw only one set of footprints, it was then that I carried you.