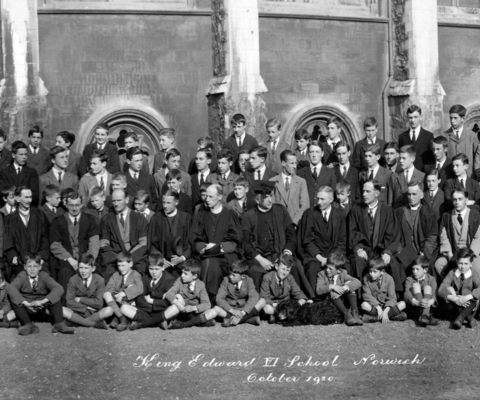 Norwich School dates back to 1096 and has enjoyed a long and fascinating history. Among the oldest schools in the United Kingdom, the buildings it now occupies date back to the foundation of the city’s Norman cathedral.

The school was established by Herbert de Losinga, first Bishop of Norwich, as an episcopal grammar school.

In the 16th century the school came under the control of the city of Norwich and moved to Blackfriars' Hall following a petition to Henry VIII.

It was re-founded in 1547 in a Royal Charter granted by Edward VI and moved to its current site beside the cathedral in 1551.

In the 19th century it became independent of the city and its classical curriculum was broadened and modernised, establishing a tradition of relevant, forward-looking education that continues to this day.

The school became co-educational in the sixth form in 1994 and in every year group in 2010. It maintains a strong academic tradition and has educated a number of notable figures including Sir Edward Coke, Humphry Repton, Lt Col Derek Seagrim VC, Major Hugh Seagrim GC, Lord Blake and Lord Ashcroft.

The most famous of all Old Norvicensians is Horatio, Viscount Nelson.

The videos below provide an insight into the history of specific buildings within the school.