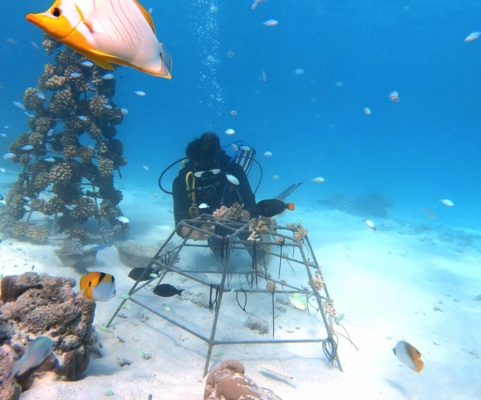 I look back upon my time studying Biology at Norwich School fondly, it was always the subject I was most actively interested in and the teachers always managed to make every bit of it interesting. In fact, it is now impossible for me to forget the processes of photosynthesis thanks to Mr Hanlon’s use of the tables as whiteboards.

I always knew I wanted my career to be biology focused in some way, and it seemed the logical path to combine my love for scuba diving and my love for nature into a career path, so after my A-levels I went to study marine biology. And during my three quick years learning about everything from the intricate structures of kelp holdfasts to the regional dialects of whales I knew I wanted to focus on the conservation aspect of biology. With the ever-looming presence of climate change I wanted to try and protect the environment I had grown to love.

Straight after university I signed up for a conservation internship in Mexico, surveying and conserving the second largest reef system in the world, the Meso-American Barrier Reef, where myself and a bunch of other like-minded people were thrown together into a large repurposed warehouse (the warehome as we called it) to live by night, and by day we would take the boats out to the reef and learn to conduct surveys and monitor fish and coral populations. It was here that I properly fell in love with the environment, the country and especially the food! Highlights of my time in Mexico include being surprised by a very inquisitive manatee as I was guiding a dive and swimming with whale sharks!

After my time in Mexico I managed to get a position working as the resident marine biologist at a resort in the Maldives. My main role here was to manage and upkeep the coral conservation project that was in place. The Maldives was hit heavily by a sudden spike in ocean temperatures in 2017 called an El Niño which decimated the coral population in the country causing them to bleach and die off, the effects of which still show to this day, with much of the reefs looking more like stone graveyards than vibrant reefs, so it needs a lot of help!

So here it was my role to try and protect the coral by essentially gardening it, I would take small fragments of coral that had been broken off by the swell or fish, and re plant them on a piece of suitable substrate which were usually concrete covered frames which provided them the perfect amount of space and stability, and with a little luck and a lot of love, they would re attach and begin to form a whole new coral colony on their own.

One of my favourite roles however was the last thing I did each day. At 6pm on the dot every day the same group of stingrays would come up to the beach for me to feed, as I gave a small presentation about stingrays to the guests who would watch. They were named Sandy, Safa, Sydney, Socrates, and Tim and although there were so many amazing reasons to love the place, their constant puppy-like begging at my feet for food is the one I miss most. Especially as they came to learn who I was, and they would come and swim up to me during the day to say hello while I was diving.

My time in the Maldives was both magical yet eye opening. From countless plastic bags entangling the corals, to ghost nets lining every corner of the reef, the effect of human impact in the area was very apparent. Along with this, every day on the horizon I could see a plume of smoke - the infamous garbage island where vast amounts of plastic are burned each day, making my job feel futile at times, as I worked under the shadow of the very thing causing the problems I was there trying to prevent. However, the sight and experience of these terrible things happening to the oceans are the force that drives my passion, and my desire to see these things changed and hopefully bring about some good myself.

So why study biology? Well I studied it to learn about the things I love, travel to new and magical places, meet amazing people, and hopefully make a difference along the way.

Oh, and perhaps most importantly make more friends with the wildlife like my stingray family in my ultimate goal of becoming a Disney princess of the oceans. 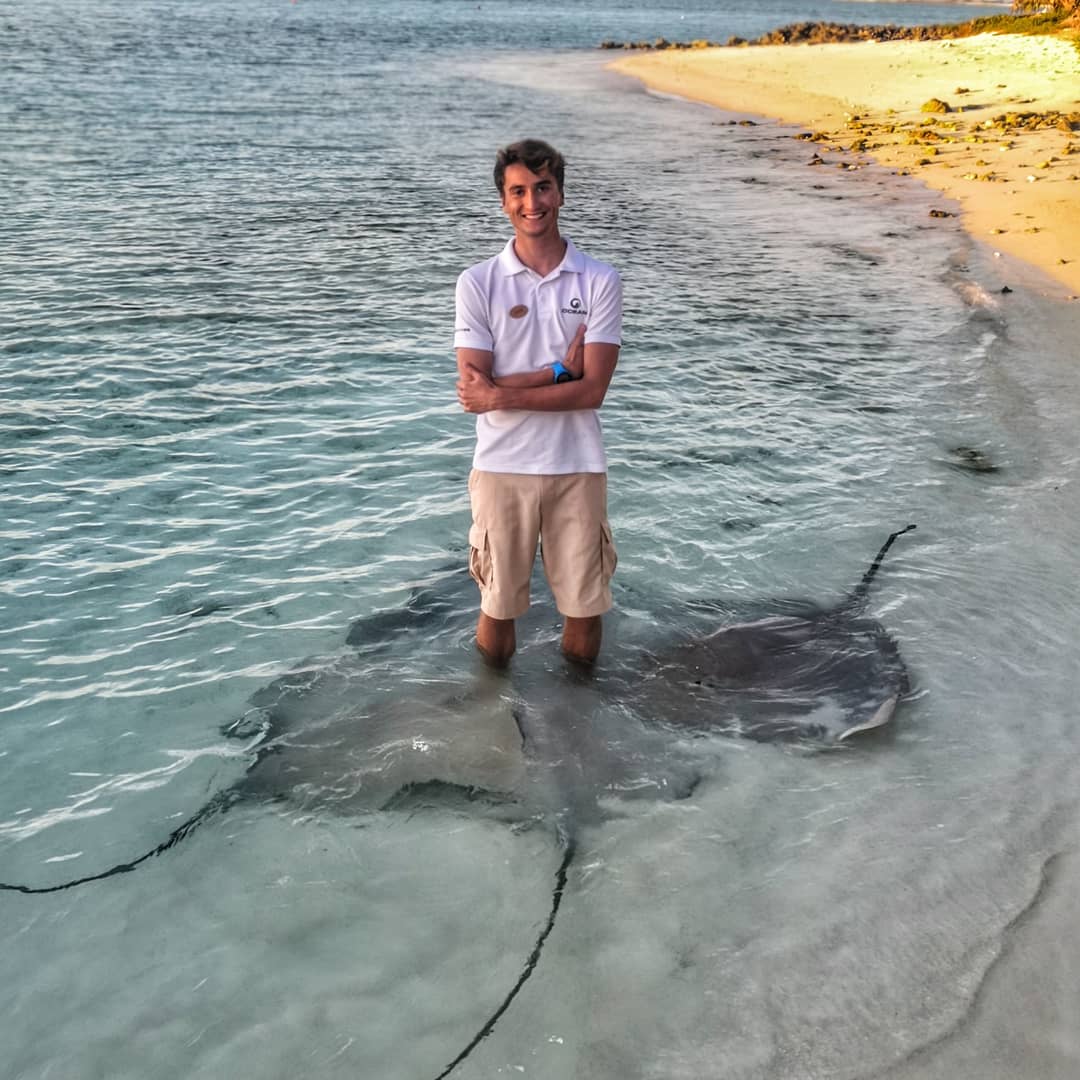