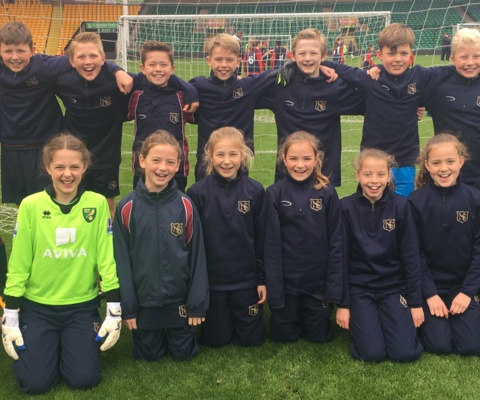 On Wednesday 2nd May, the first ever Norwich Lower School U11 Girls Football Team took part in the Langley Prep at Taverham Hall tournament at Carrow Road.

The girls got stuck in from the very first whistle and worked together as a team effectively. The results of the groups stages were as follows:

As winners of our group, the team faced the Langley Prep at Taverham Hall team side in the semi-final of the Cup Competition. The girls challenged well and created opportunities, however the opposition were too strong. The final score was 4-0 to Langley Prep at Taverham Hall. This means the team finished joint third - a superb achievement considering some of the girls hadn't kicked a football before!

Well done to all the girls who took part and thank you to Mr Mills and Miss Brugger for coaching the team. 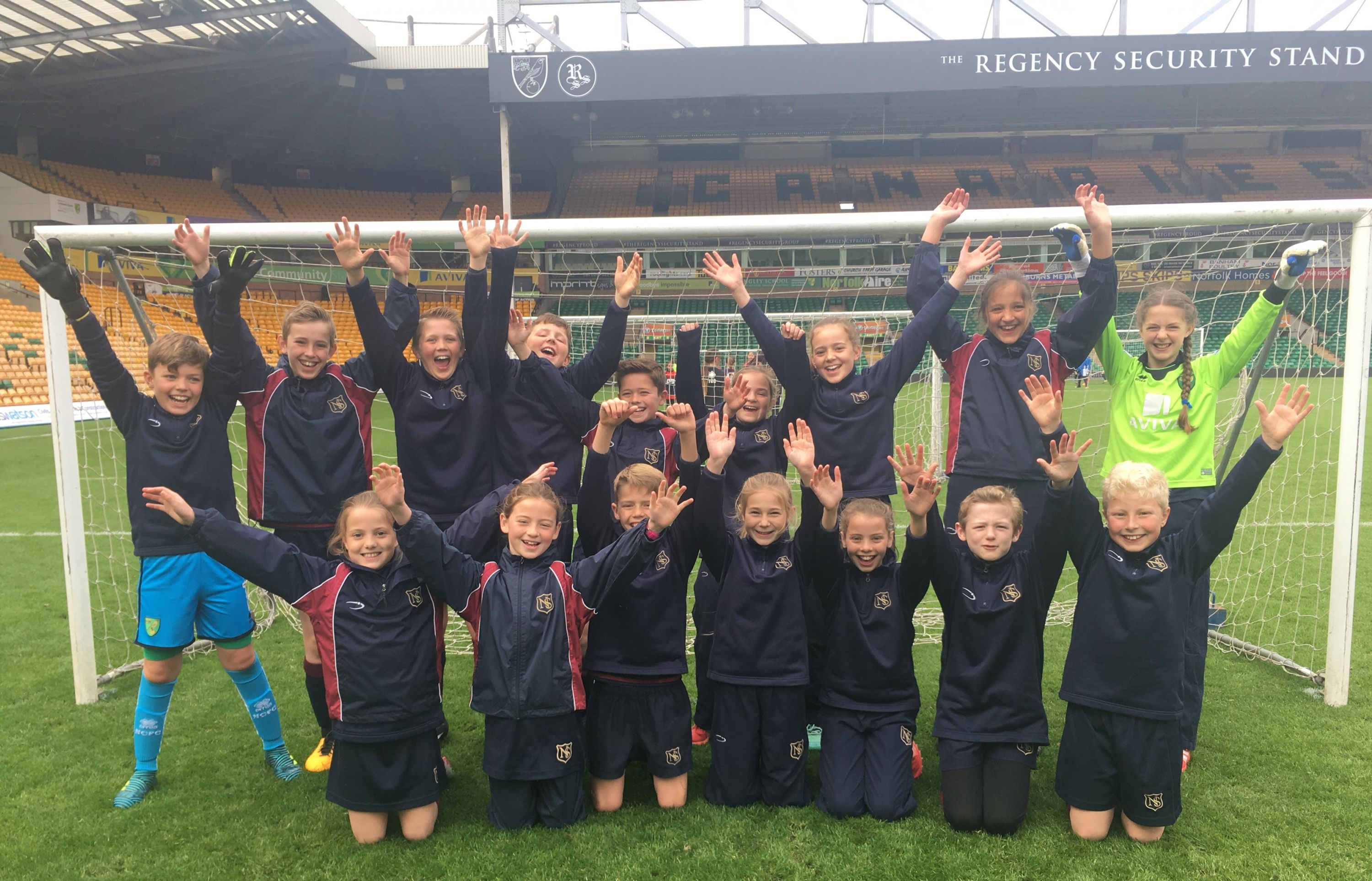 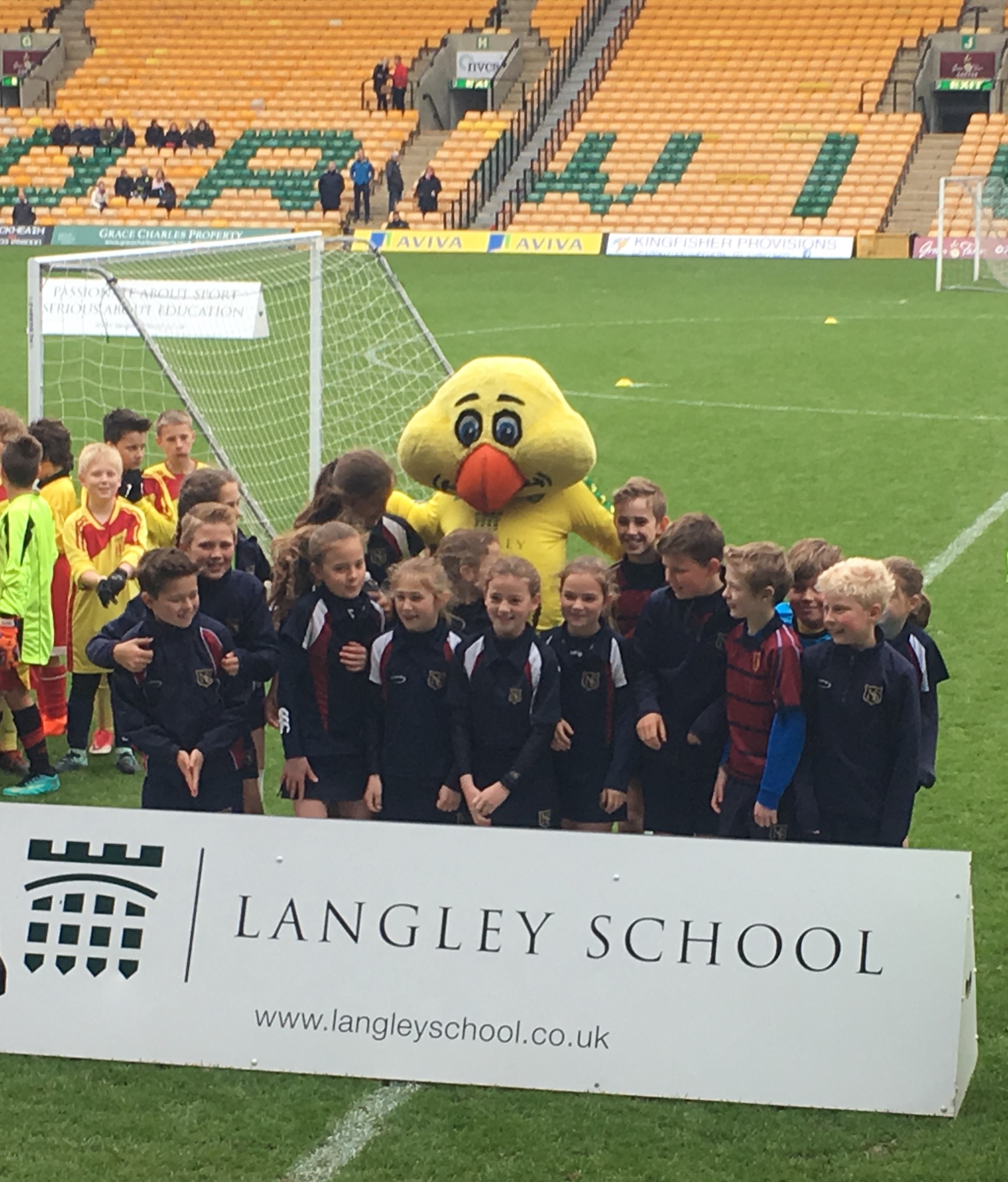 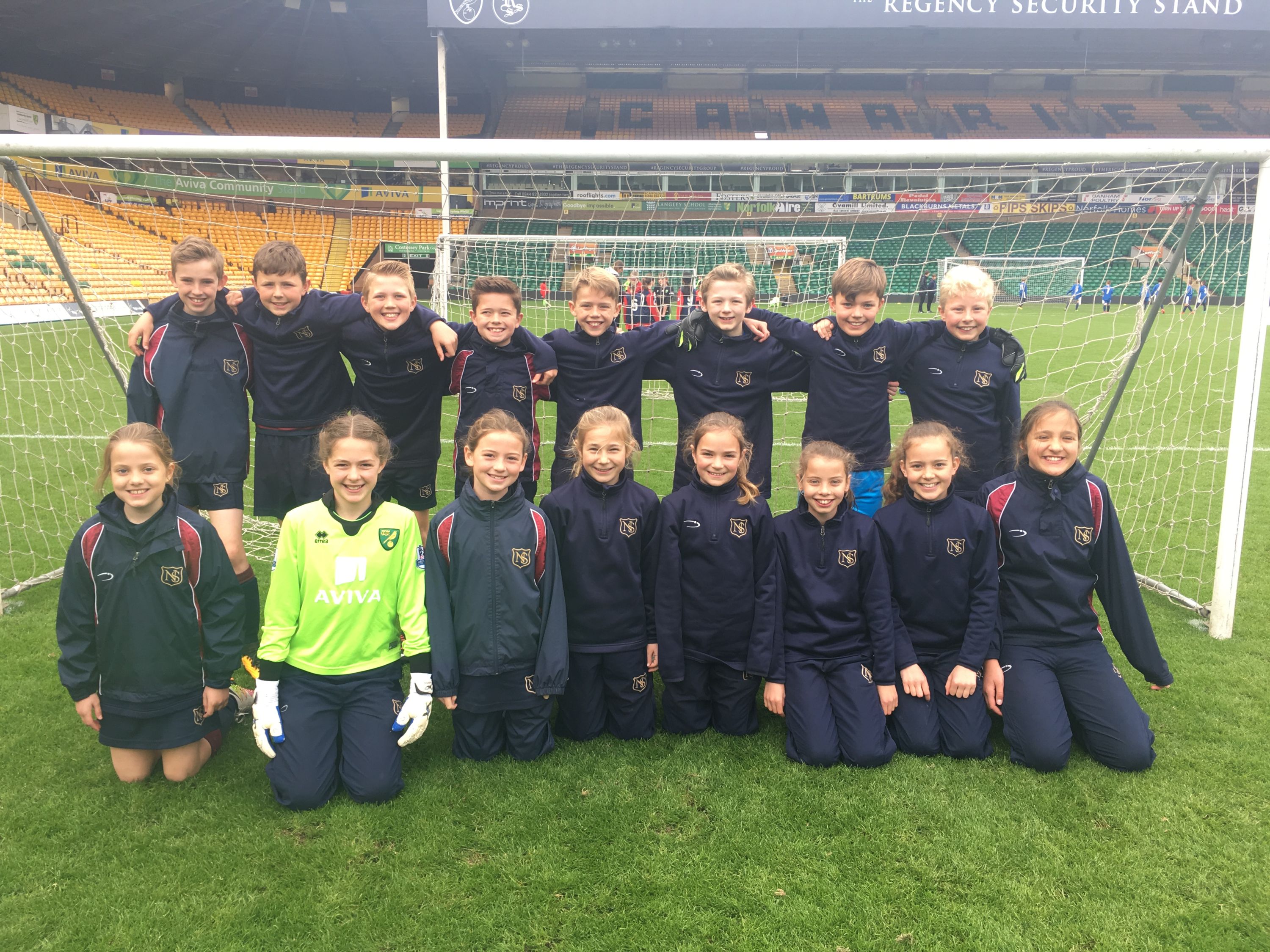