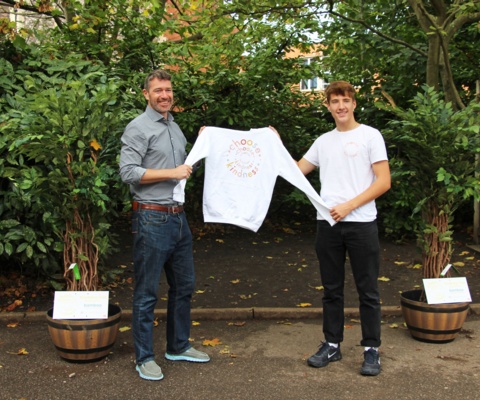 Pupils and staff across the school have been marking World Mental Health Day with a range of activities and fundraising initiatives.

Today was a Senior School home clothes day, with pupils encouraged to wear something yellow to join in the #HelloYellow campaign by Young Minds. Donations raised go towards Young Minds, the UK’s leading charity fighting for children and young people’s mental health. Pupils have already raised over £1200 so far.

Tutorial on Friday focussed on mindfulness and wellbeing, encouraging pupils to look after themselves and talk to a teacher or peer if they are feeling overwhelmed. Pupils were given yellow stickers on which they could write their name or an encouraging message, which were then stuck onto two ‘kindness trees’ in the Quiet Playground.

Our Sixth Formers attended a talk from ON Tom Oxley from Bamboo Mental Health on positive mental health.

Pupils were also able to watch a virtual assembly put together by U6 pupil Max Merron, which included an interview with Christine Flack, mother of the late TV presenter Caroline Flack, on the importance of being kind. The Norwich School Gospel Choir sang a moving rendition of ‘Rise Up’ in the school Chapel in memory of Caroline.

Max has also teamed up with ON Maisie Cruickshank, who is studying fashion in London, to design a hoodie and t-shirt with the message ‘choose kindness’. Profit from the sales will also go to supporting the Young Minds Trust. 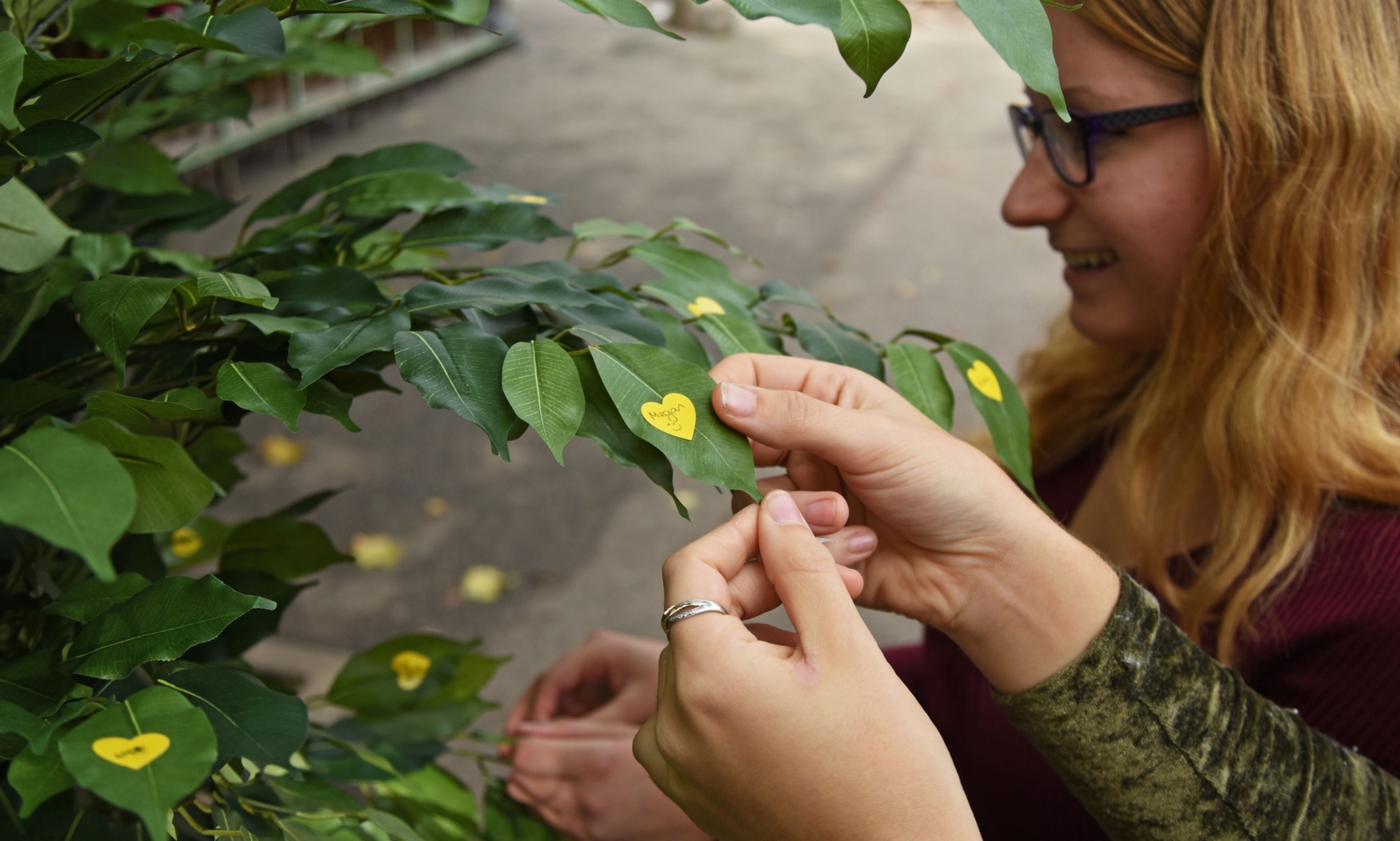 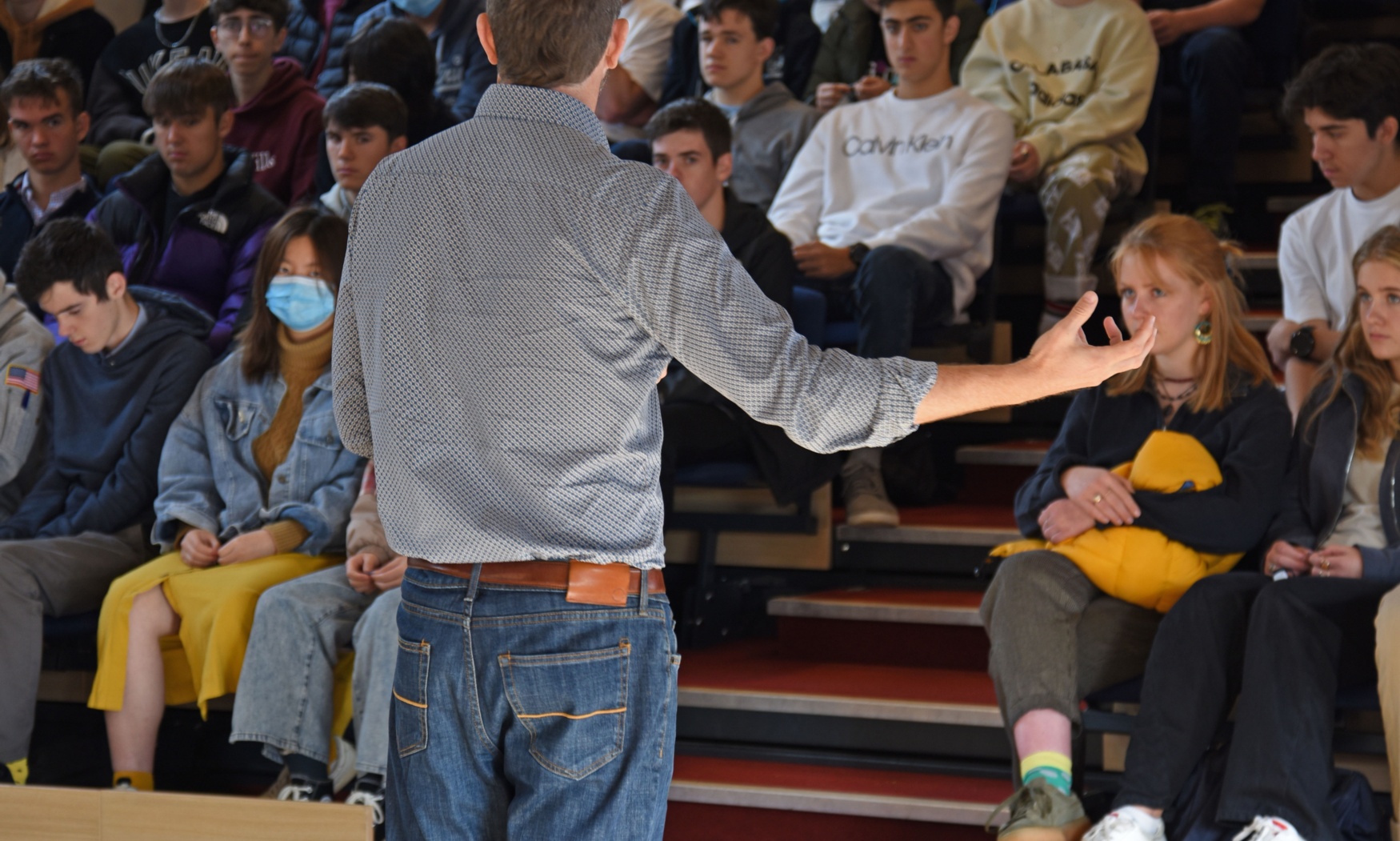 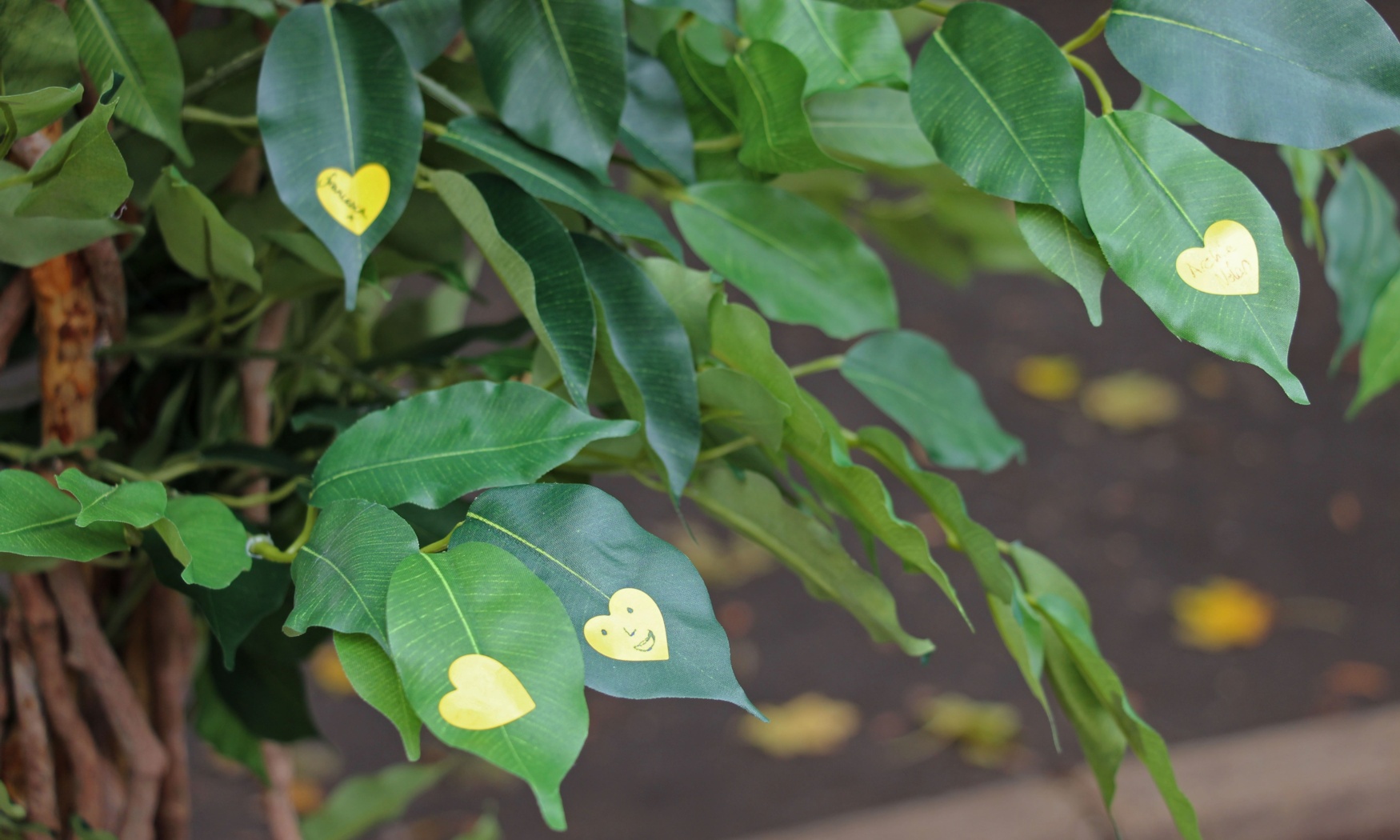 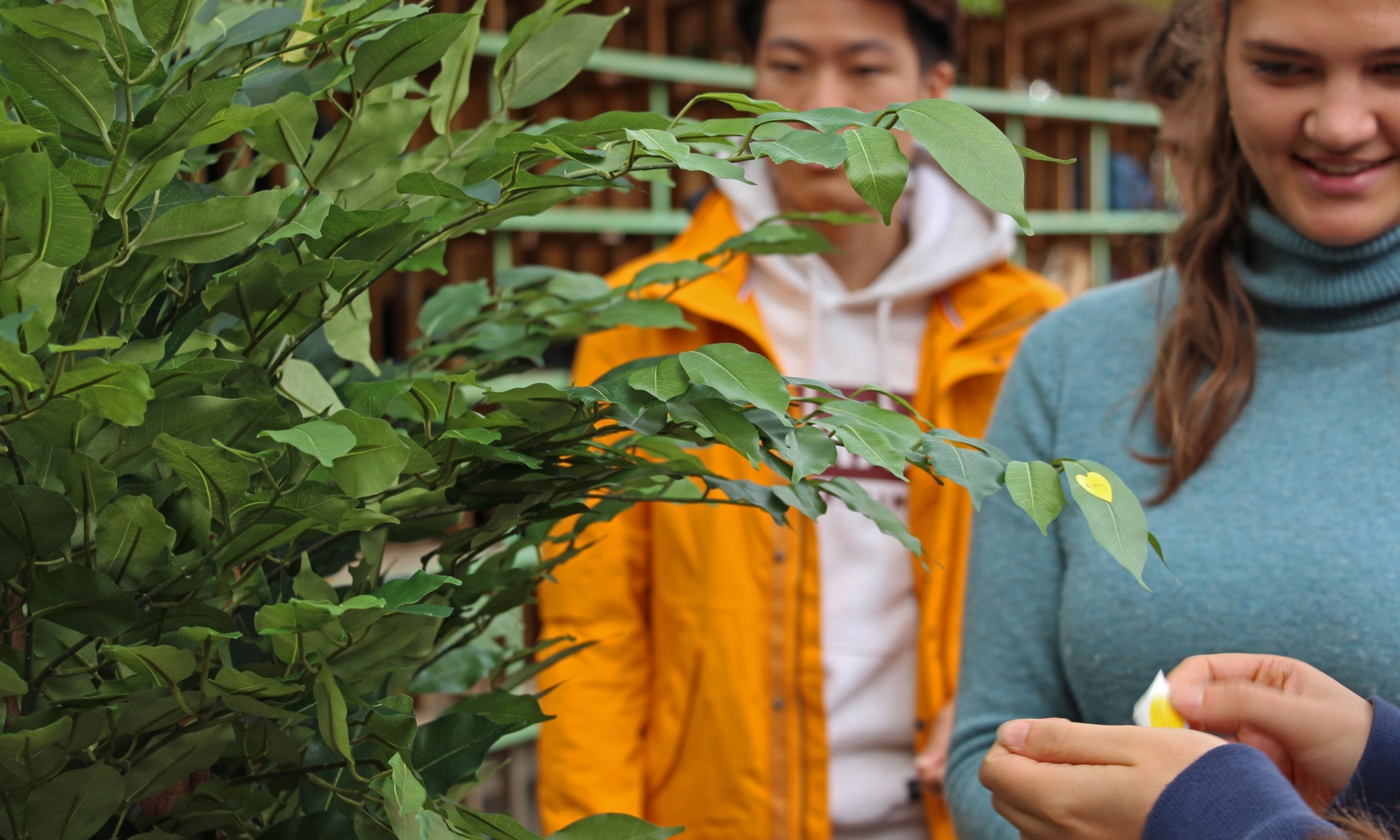 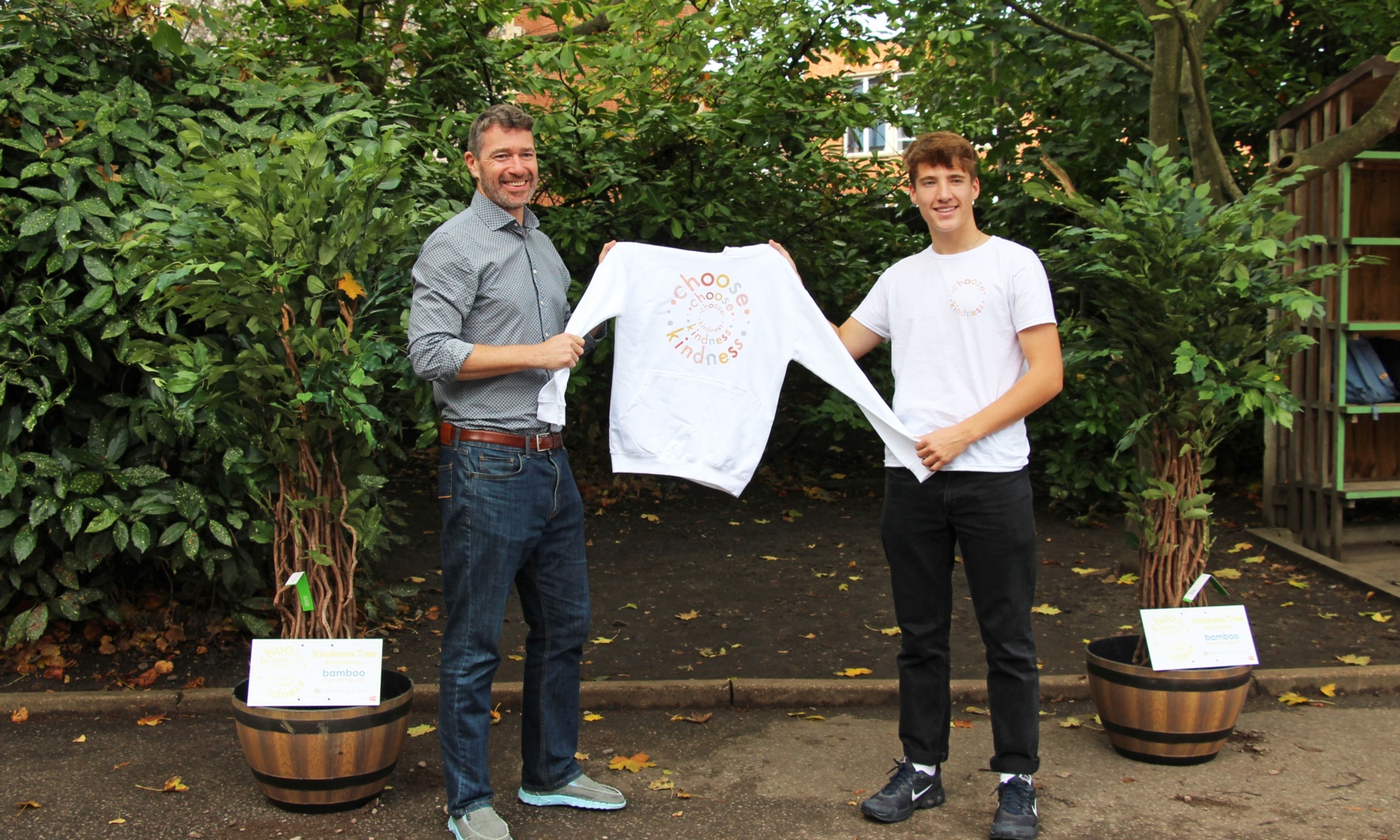 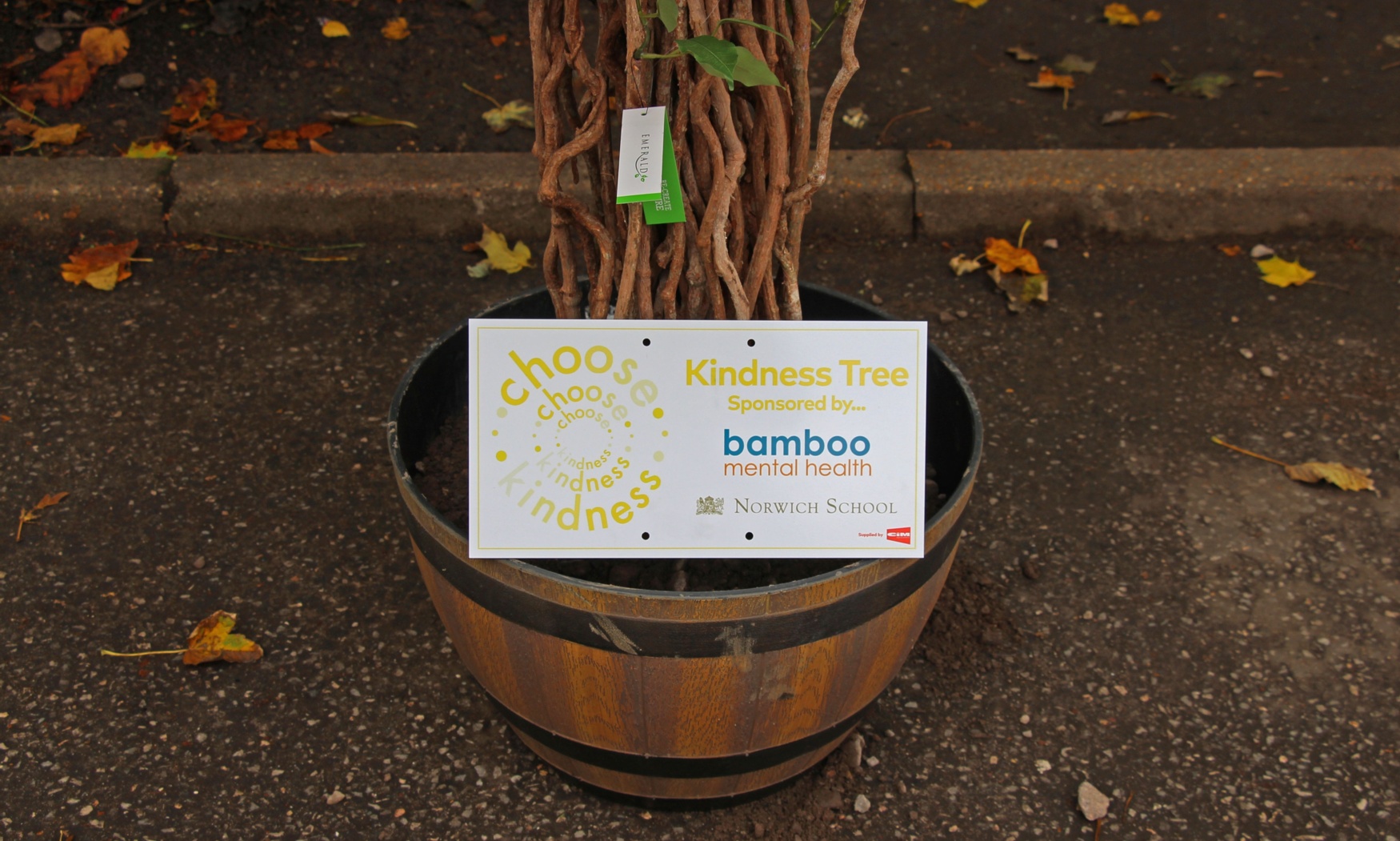