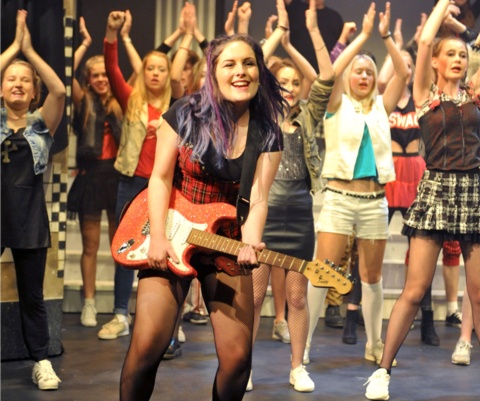 We Will Rock You wows sell-out audiences at Norwich Playhouse

Last week, the 2017 Norwich School Musical, We Will Rock You, ran for 5 performances at Norwich Playhouse. Based on Queen’s greatest hits, the show wowed the audiences, with a fantastic mixture of song and dance.

The quirky plot reveals a world in which the cunning “Killer Queen,” played by the devious Alice Beattie, has exterminated everything musical. Earth has been ‘transmogrified’ into Planet Mall, where everything is monotone, grey and dull. Everyone acts, speaks and goes about life in the same way; those who dare to be different are dealt with by the killer queen herself or her able assistant, Kashoggi (Sophie Todd).

However, hiding away in the depths of London city is a group of misfits - Bohemians desperate to “bring back rock and roll.’ The Bohemians have a slight problem; they are not really sure what rock is. So they devote their lives to scraps of magazines featuring singers and instrumentalists to give them some clue as to what rock actually is. In the meantime they wait for “the dreamer,” they have heard about in their prophecy to restore rock once again.

The ‘dreamer’, Galileo, is expertly played by Kai Miller and when he meets Saramouche (Eloise Cubbins), they realise that they are both misfits with a common love of music. They slowly realise that they love each other. During their quest to make music part of life again, they meet Meat and Britney (the amazing duo of Megan Blair and Will Pierson), a flamboyant couple who are also trying to bring back rock.

The musical was a wonderful mix of comedy, outlandish costumes and memorable performances.  Congratulations to all the pupils who took part and to all the staff and crew that produced such a fun and slick show night after night.

Some of the photographs from the musical are shown below. To see more visit the Norwich School Photostore 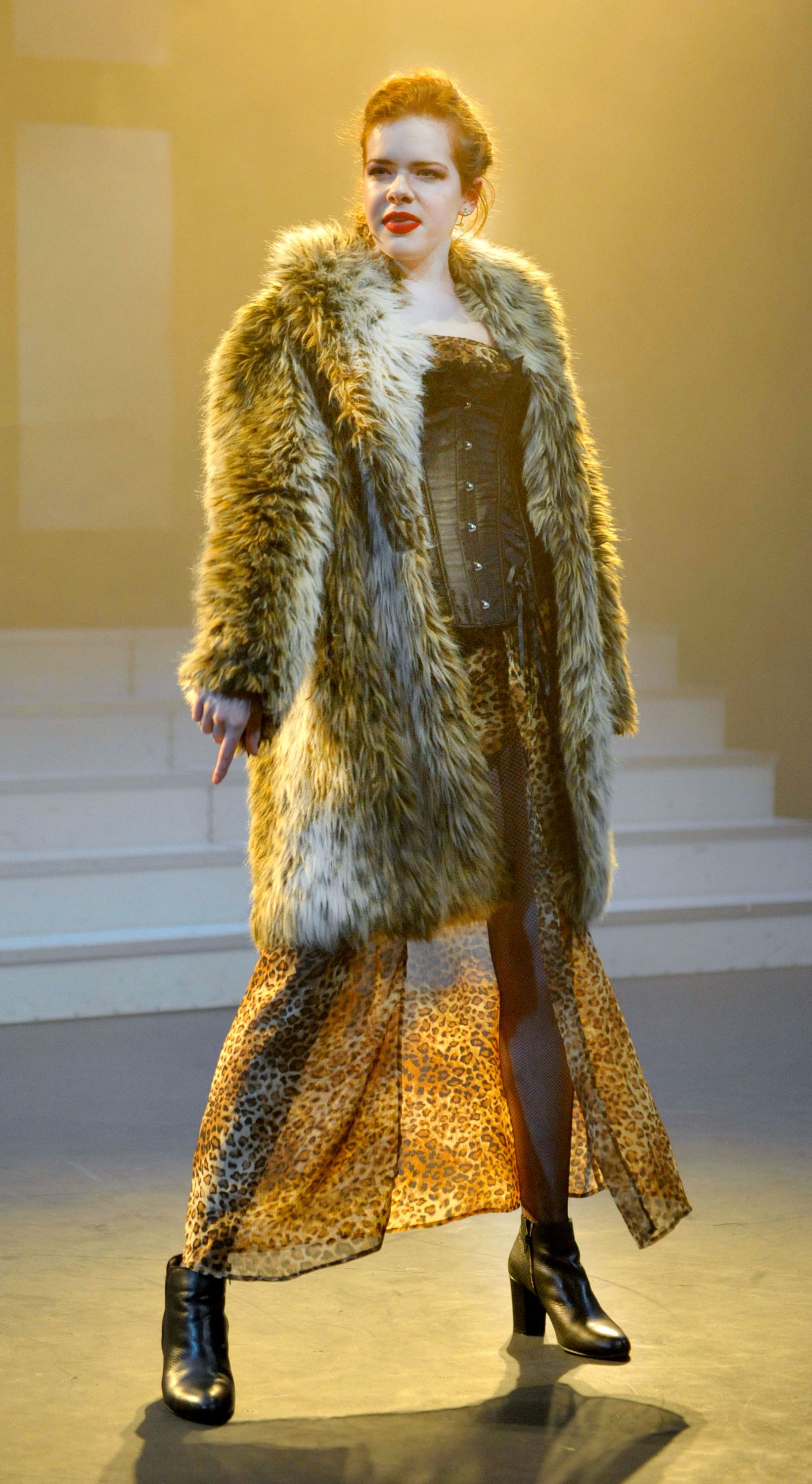 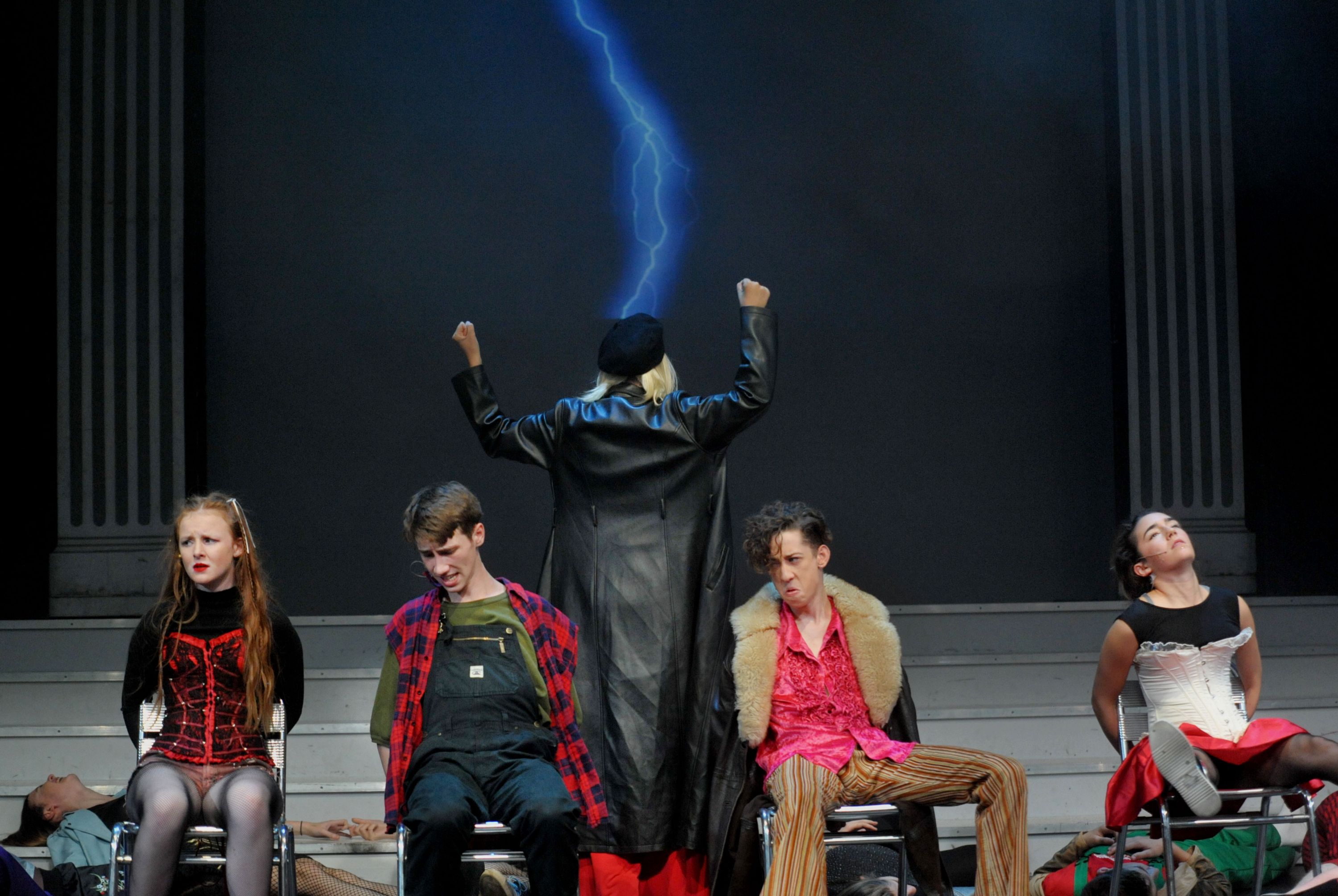 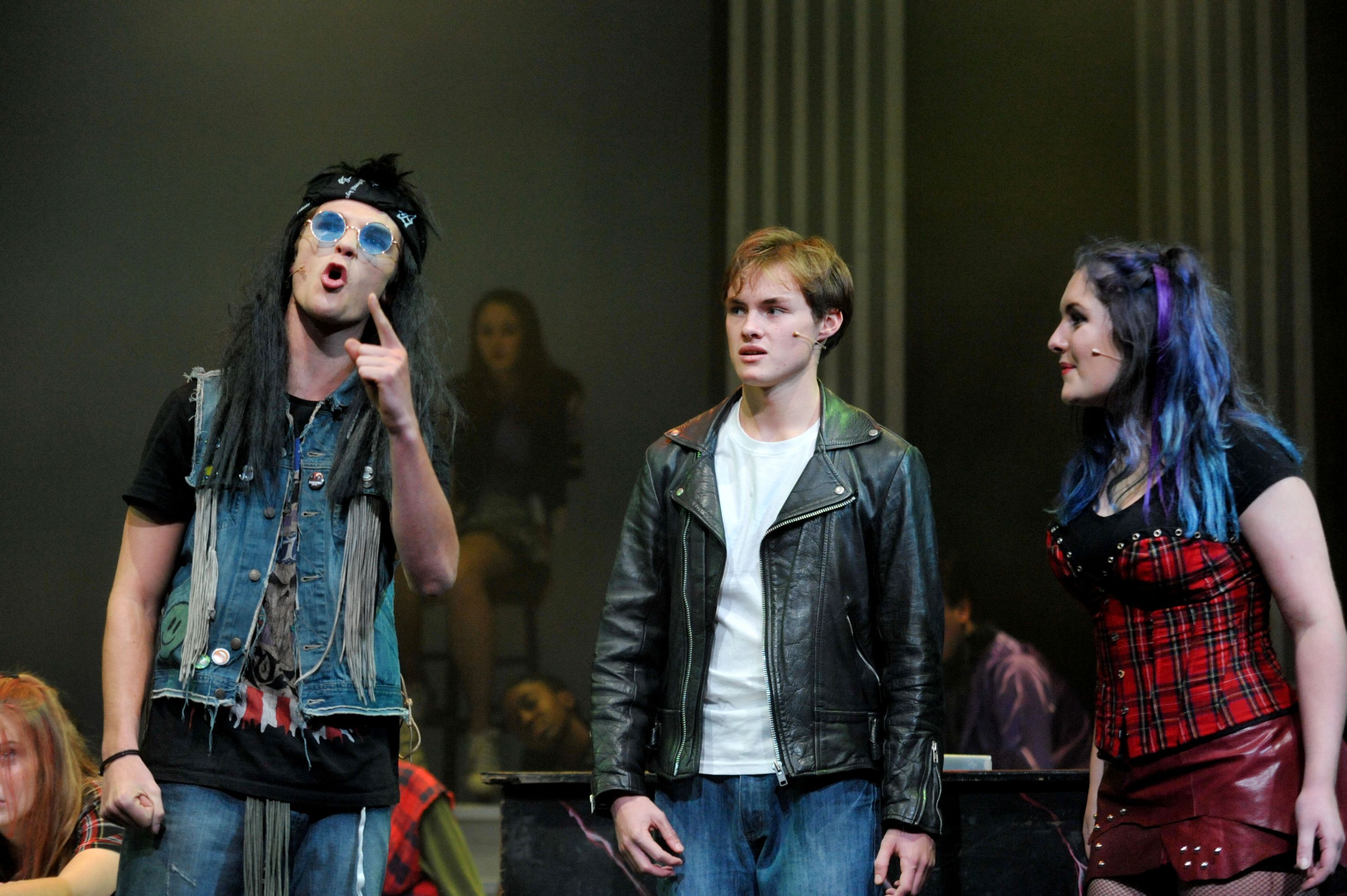 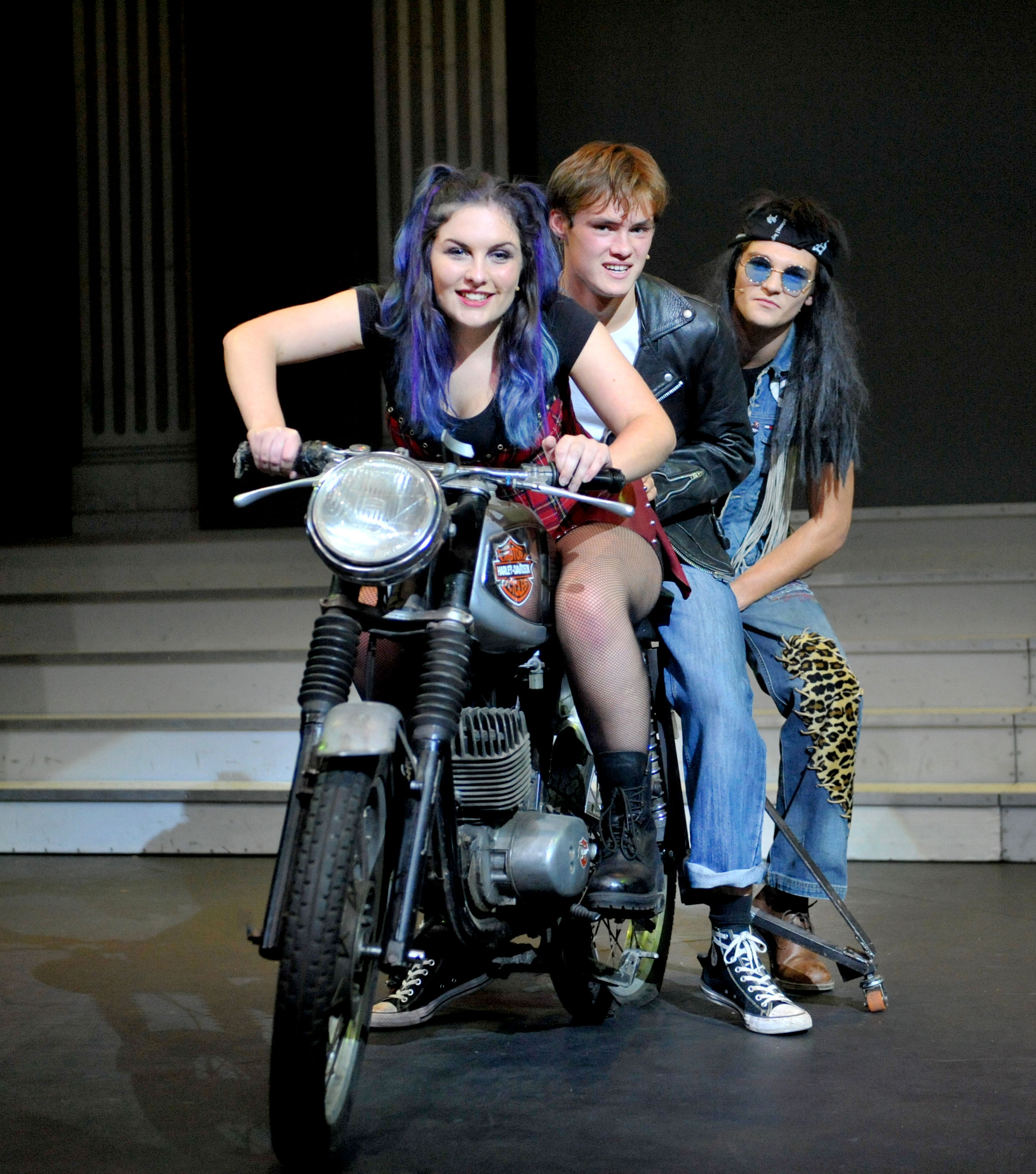