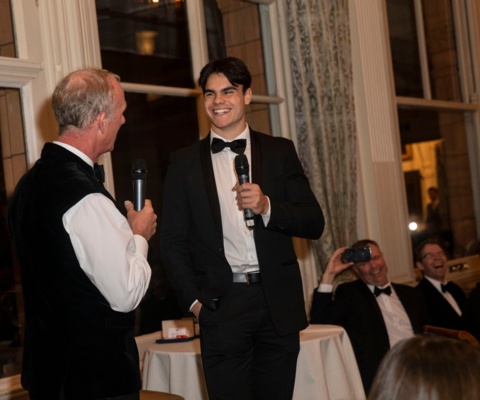 Upper Sixth pupil, Dani Long-Martinez, attended the Walter Lawrence Trophy Awards dinner in the Long Room at Lords Cricket Ground after winning the 2019 award for the Best School Innings vs the Marylebone Cricket Club (MCC) with 158 not out for Norwich School 1st XI.

The event was hosted by former Kent and England player (and former president of the MCC), Matthew Fleming, with former England Captain and Sky Sports commentator/pundit Mike Atherton as a guest of honour handing out the professional player award.

Dani had a special treat on the evening as Kumar Sangakkara, current president of the MCC , made an unexpected appearance just to present Dani with his award, a commemorative medal and a brand new bat. Well done Dani and what an honour to be able to take part in such a special event. 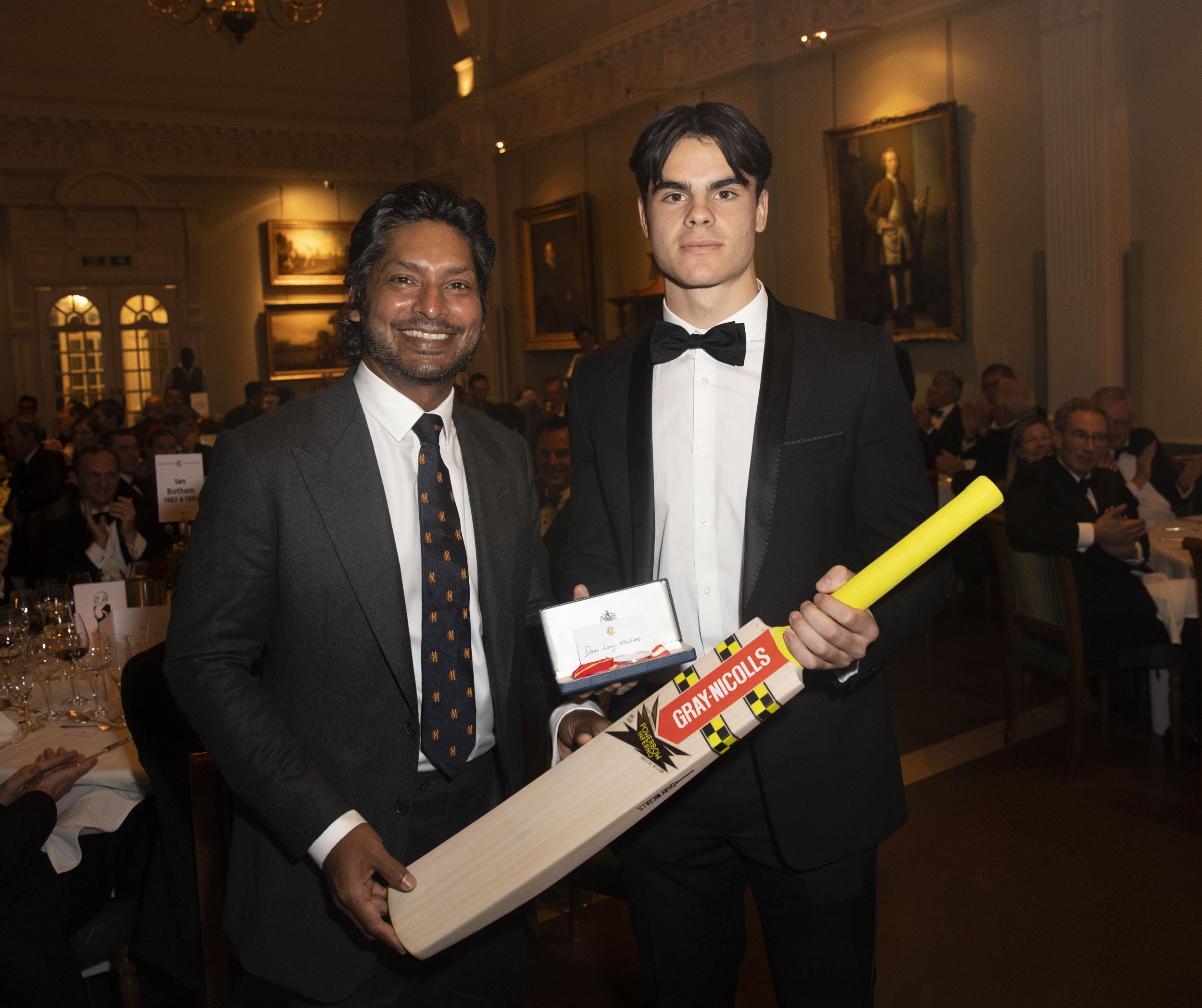