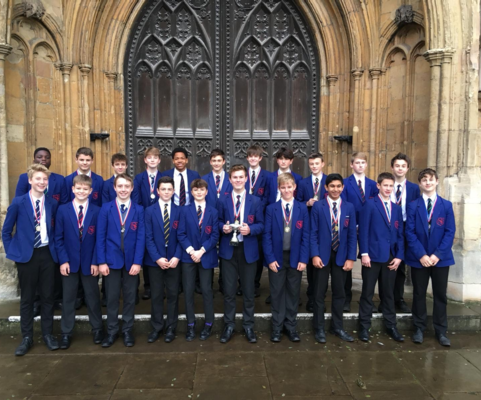 First up was a tricky game against Langley but Norwich School dominated from start to finish to win 26-5. Next up was CNS who caused us some problems, particularly in the second half, but we prevailed 24-5. After a short break we resumed with potentially our hardest game of the day against a big Wymondham College side, but again we produced a convincing display to win 24-5. Our final encounter was with Gresham’s and with both teams tiring it could arguably have gone either way.

In what would prove to be our closest game of the tournament, two tries were the difference giving us a 10-0 win. With four victories from our four games, we secured the U14 County Cup for the first time since 2014.

Congratulations to everyone in the team! 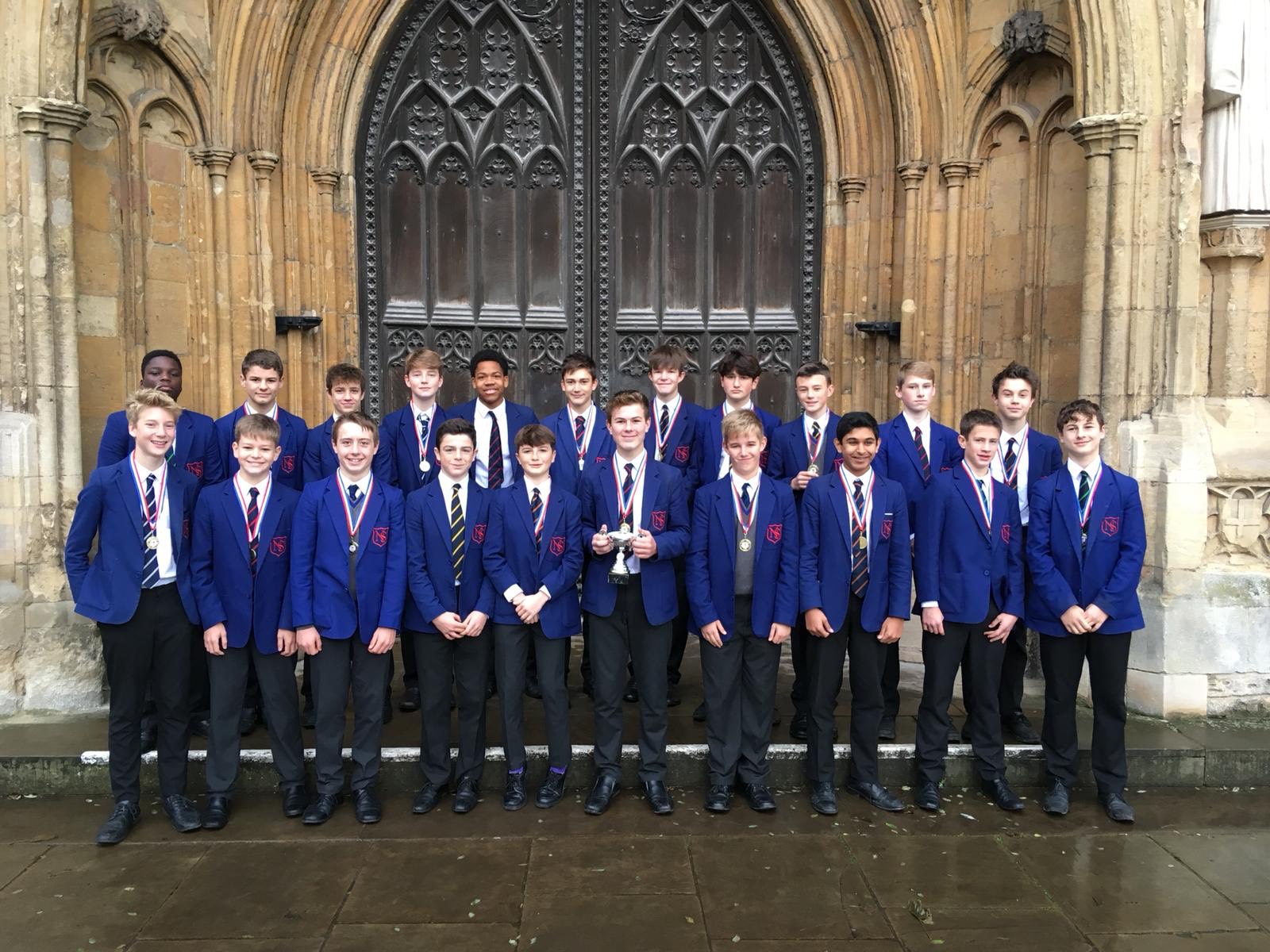