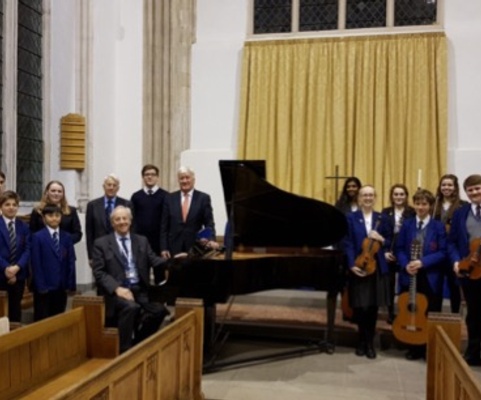 Many years ago, the Worshipful Company of Dyers generously donated two grand pianos to the school which were placed in the Barbirolli Room.  One of these beautiful instruments was moved to the School Chapel in 2012.  Each year, many of the school’s most promising musicians give a concert to celebrate these gifts.

The 26th Dyers Concert took place on Friday 8th December and the school welcomed the three Representative Governors from the Worshipful Company of Dyers: Prime Warden, Mr Nigel Back as well, and Messrs Alan Burdon-Cooper and James Holme.  The concert was also attended by the Chairman, the Head Master, other governors, parents, pupils and staff of Norwich School.

Six pieces were performed on the Dyers grand piano by pupils from all the Senior School year groups. These included pieces by Beethoven, Brahms, Chopin, Harvey and Mozart. The audience was also entertained by two string quartets performing arrangements by Haydn, and by individual performers on the guitar and the oboe.

The concert was thoroughly enjoyed by all and it was a lovely way to end a busy school week. 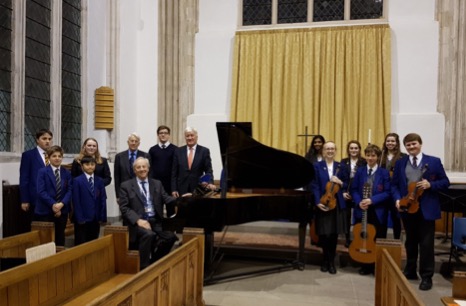