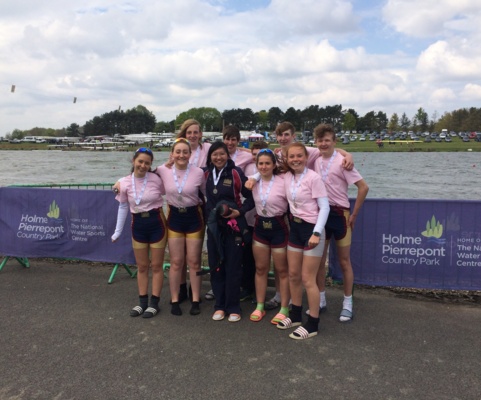 On Saturday 23 April, the Junior Inter-Regional Regatta was held at the prestigious National Water Sports Centre in Nottingham. Two of our M5 crews had been of good enough standard to be selected to represent the Eastern Region at this National competition; each would be racing the best crews from 11 other regions across the country.

The boys boat of Chris Doylend, Daniel Neville, Daniel White, Zach Baker and Alex Morgan raced first. The conditions were far from ideal, with a strong wind producing waves more suitable for surfing than rowing. Nevertheless, the boys powered off the start, producing a commanding lead. They held their position, despite a valiant attempt in the final 250m of the race to break their lead, by Great Marlow School (representing Thames Up River). A nervous wait ensued whilst times were compared.

These showed Norwich were the fastest crew by 0.4 seconds, taking the top step of the podium.

The girls crew of Esme Jarvis, Cleo Gregory, Mia Garvey, Amalie Finch, and Lily Nguyen raced shortly after the boys. The conditions were just as challenging. Like the boys the girls sat confidently at the start, and with heads up, powered off the start, looking technically strong dealing with the rough water gracefully.

Once again, the Norwich crew led from the start in a closely contested race, and they snatched the fastest time in their heat. Times of the two leaders were compared, and the girls had produced a silver medal performance, just missing out to Headington School.

The combined effort of the two crews meant Norwich propelled the Eastern Region into fifth place overall from the twelve regions.

Well done to both boats, and thanks to the M5 coaches: Mrs Barrell, Ms Johnstone and Mr Barrell. 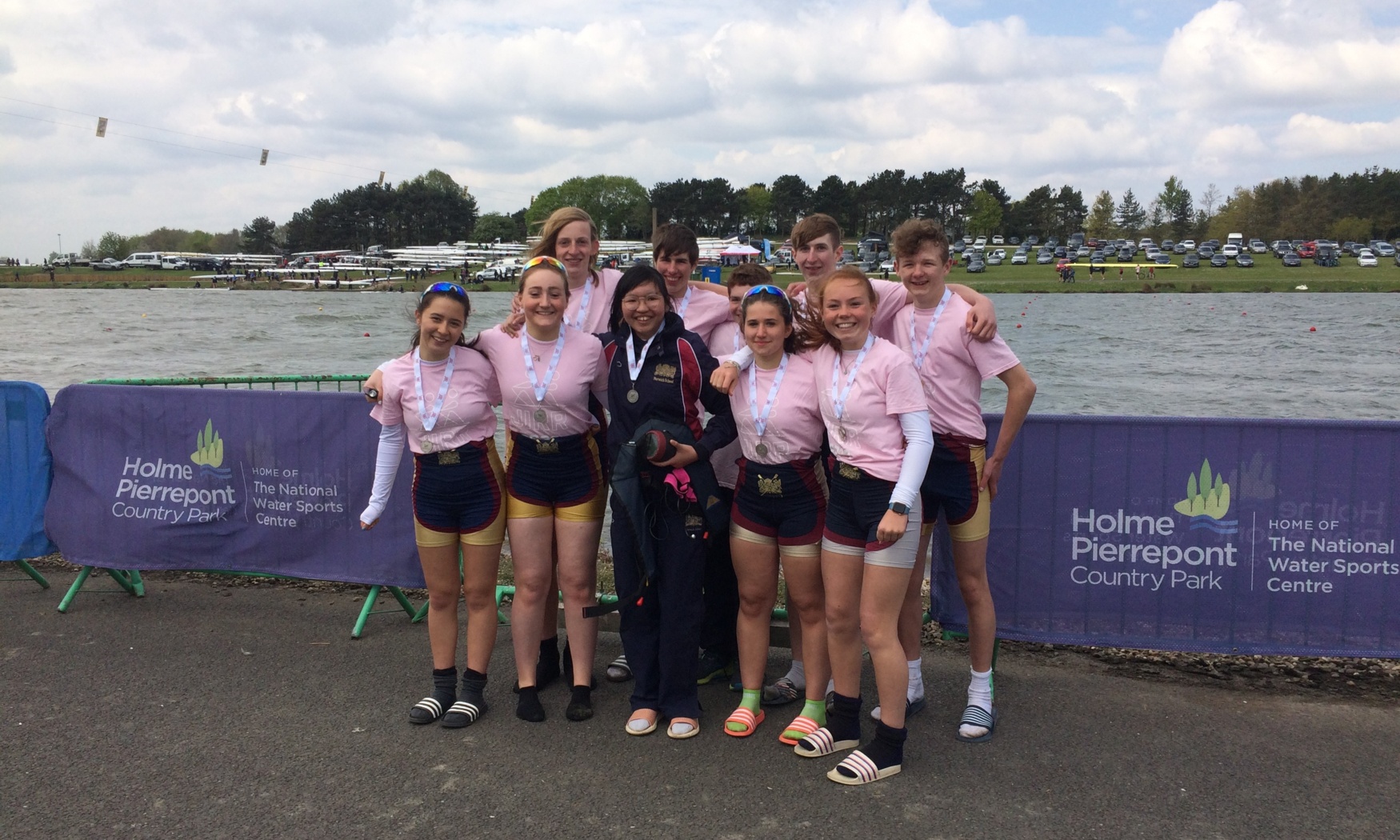