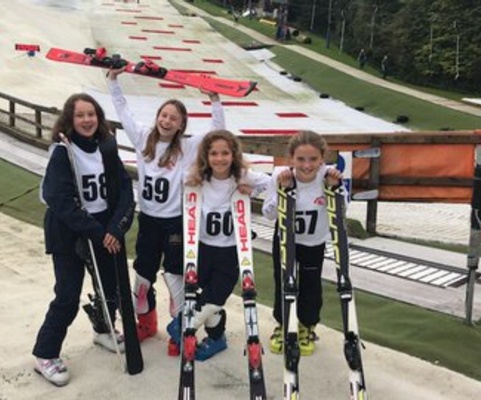 After some great results at the English Schools Ski Association regional qualifying round at Welwyn Garden City in September,  Norwich School was well represented at the National Finals which were held in Norwich at the beginning of October.

The Under 19 boys team finished in an impressive 3rd place. A special mention should go to Joseph Thompson, who was the fastest skier of the day. The Under 14 girls finished a commendable 5th out of 10 teams and the Under 14 I boys secured 4th place with a strong team performance.

Congratulations to all who took part.

The results from the qualifiers are listed below:

U19 Boys - Finished 1st and qualified for the National Finals

U14 Girls - Finished third by 0.15 seconds and qualified for the National Finals

U14 Boys I - Finished 1st and qualified for the National Finals

James Orford (representing the school for the first time)