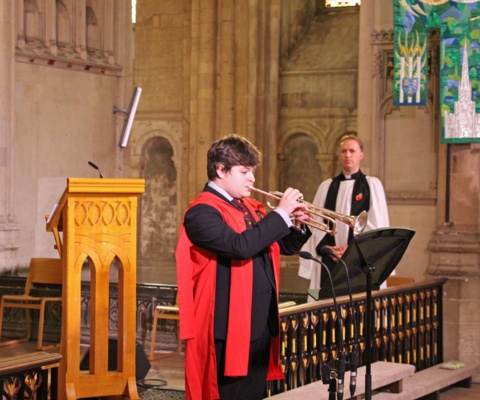 This week, we have marked Remembrance Day across both the Lower and Senior School.

Our Senior School Remembrance Day service looked a little different to normal, as we were unable to meet in the Cathedral as a whole school body due to ongoing coronavirus restrictions. Instead, the service was live-streamed from the Cathedral, with pupils watching in their tutor groups and taking part in a two minute silence.

The service included hymns recorded by our school choir and an address from Head Master Steffan Griffiths. The Heads of House also read out the names of members of Norwich School who lost their lives in the World Wars.

Elsewhere in the school, pupils in the refectory at lunch were joined by silhouettes representing the Old Norvicensians who died in war. First used as part of the commemorations to mark the 100th anniversary of the end of the First World War in 2018 as part of the ‘There But Not There’ campaign, the figures pay tribute to soldiers who died in battle. The images sparked lots of discussion amongst pupils about Remembrance. 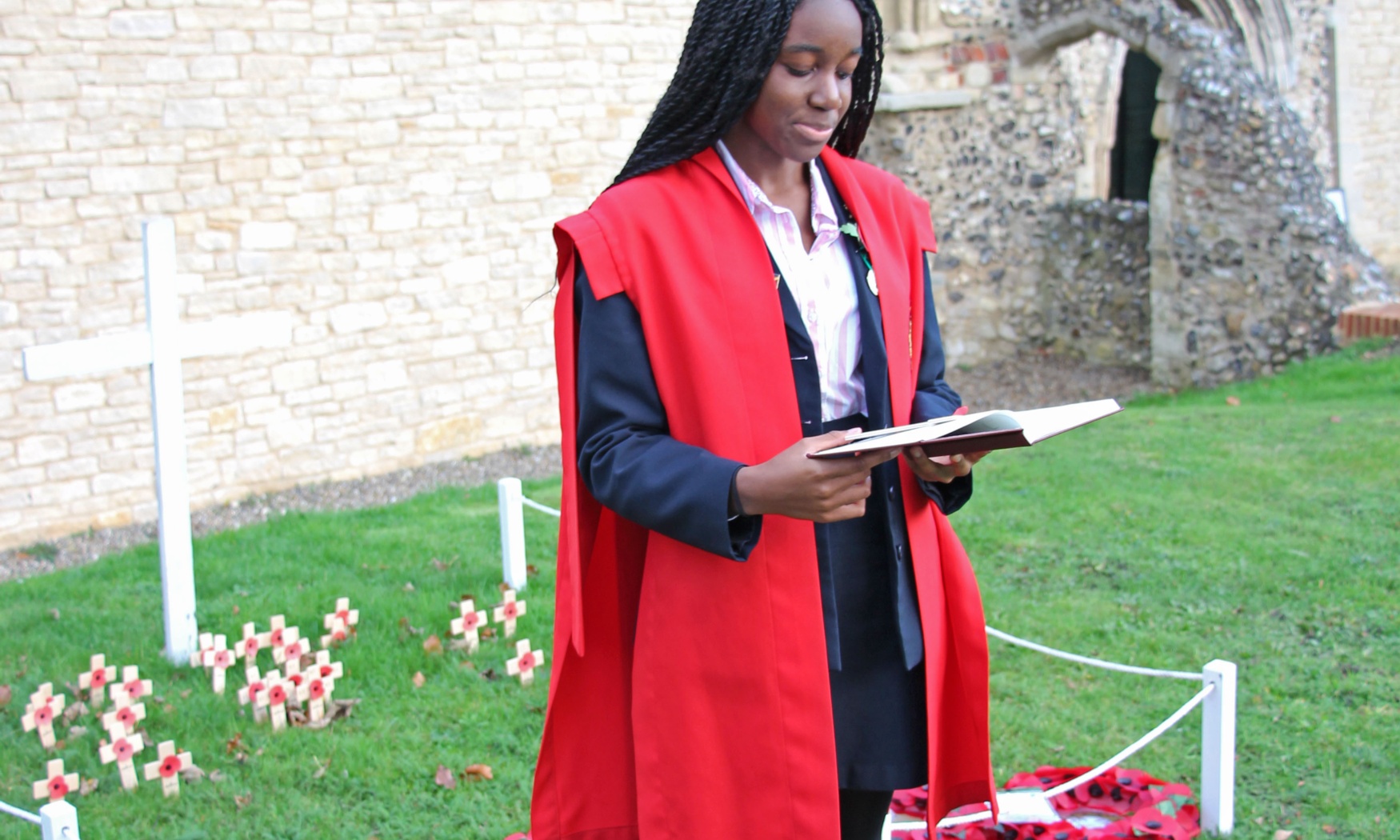 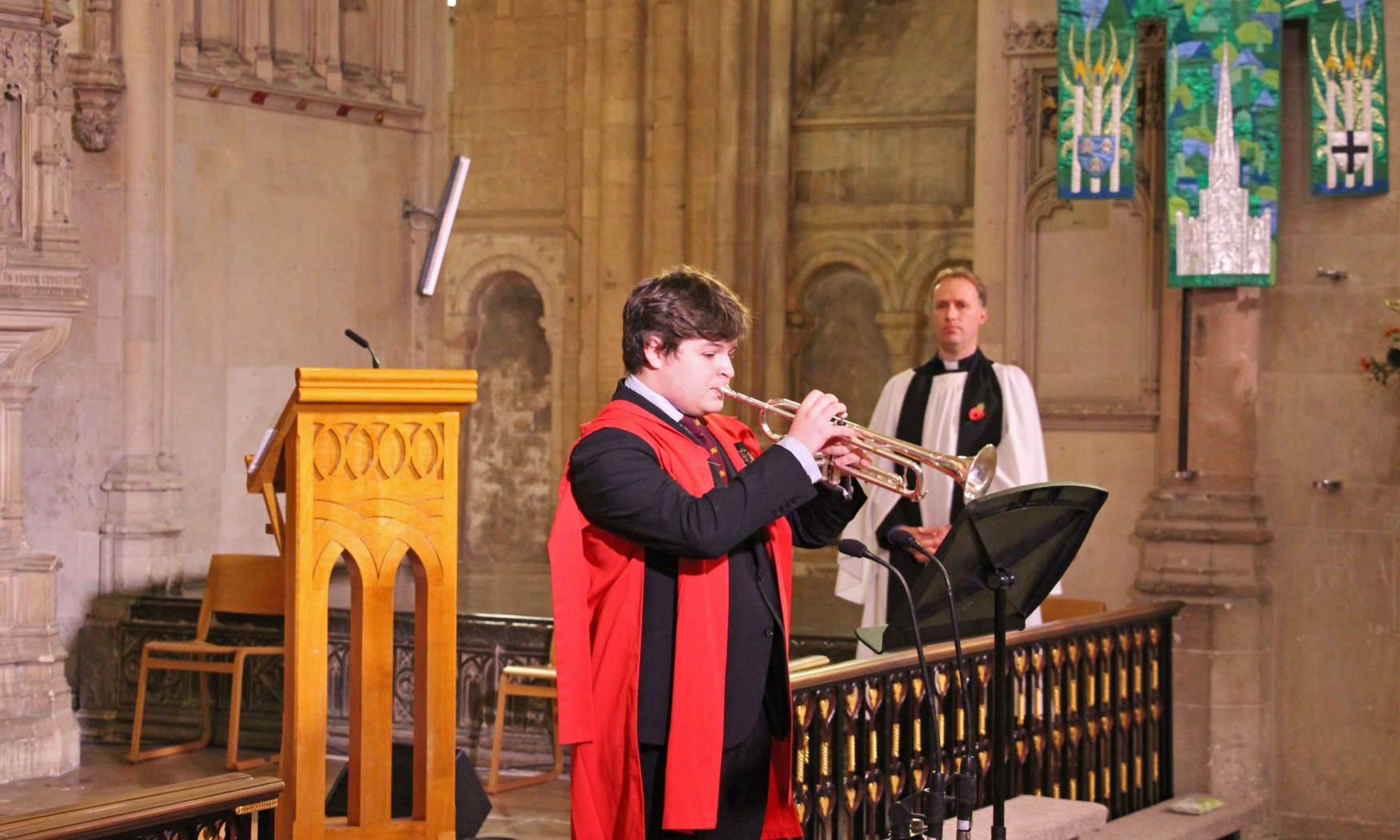 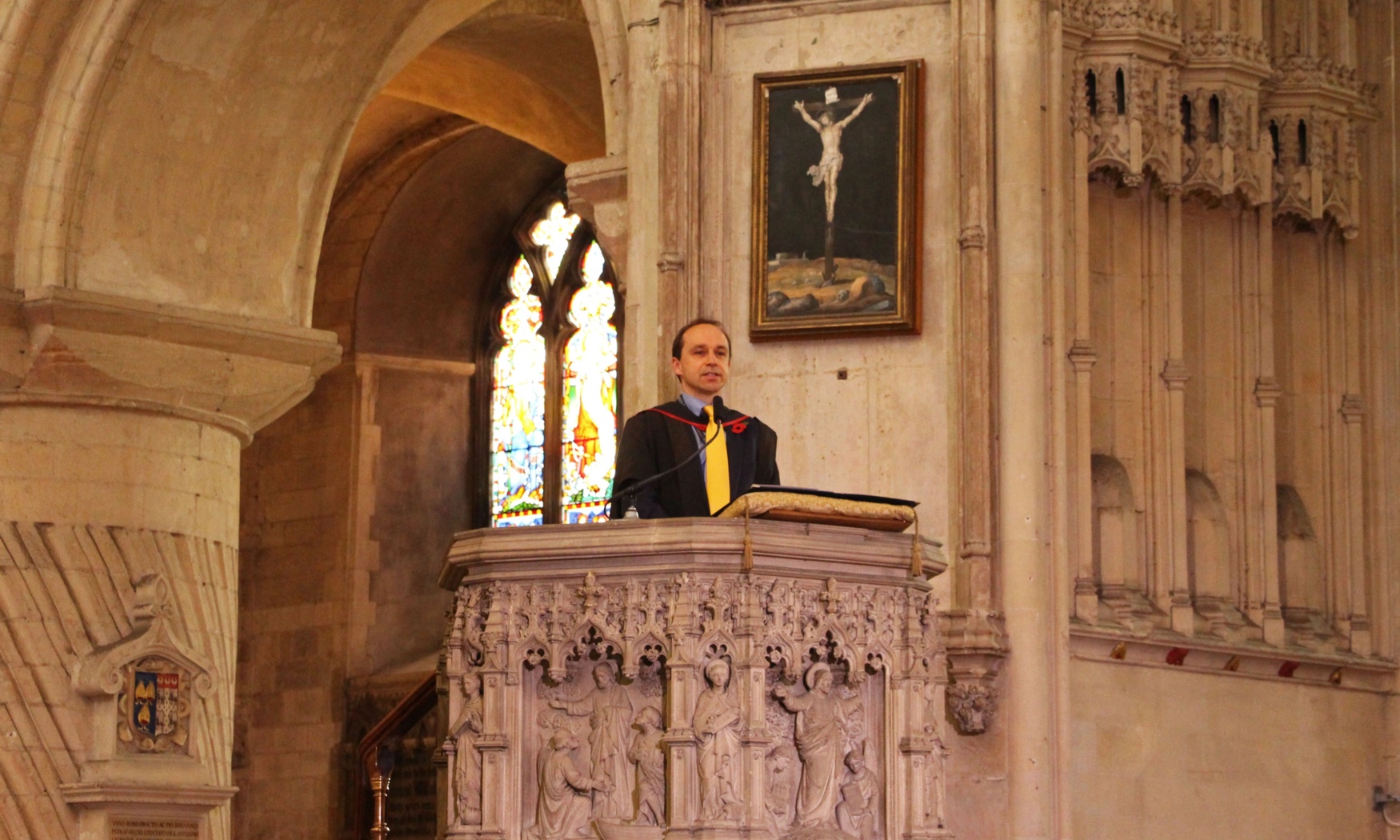 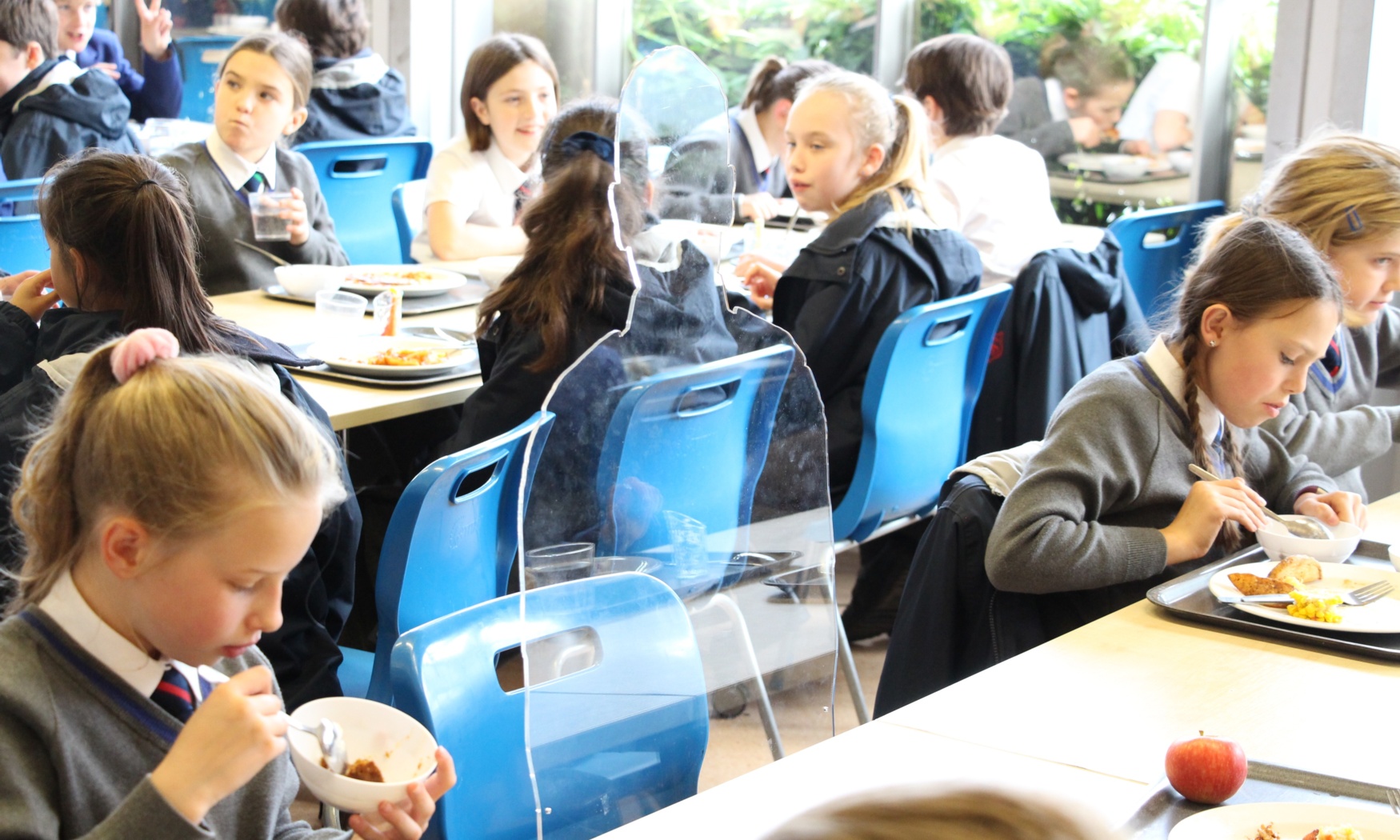 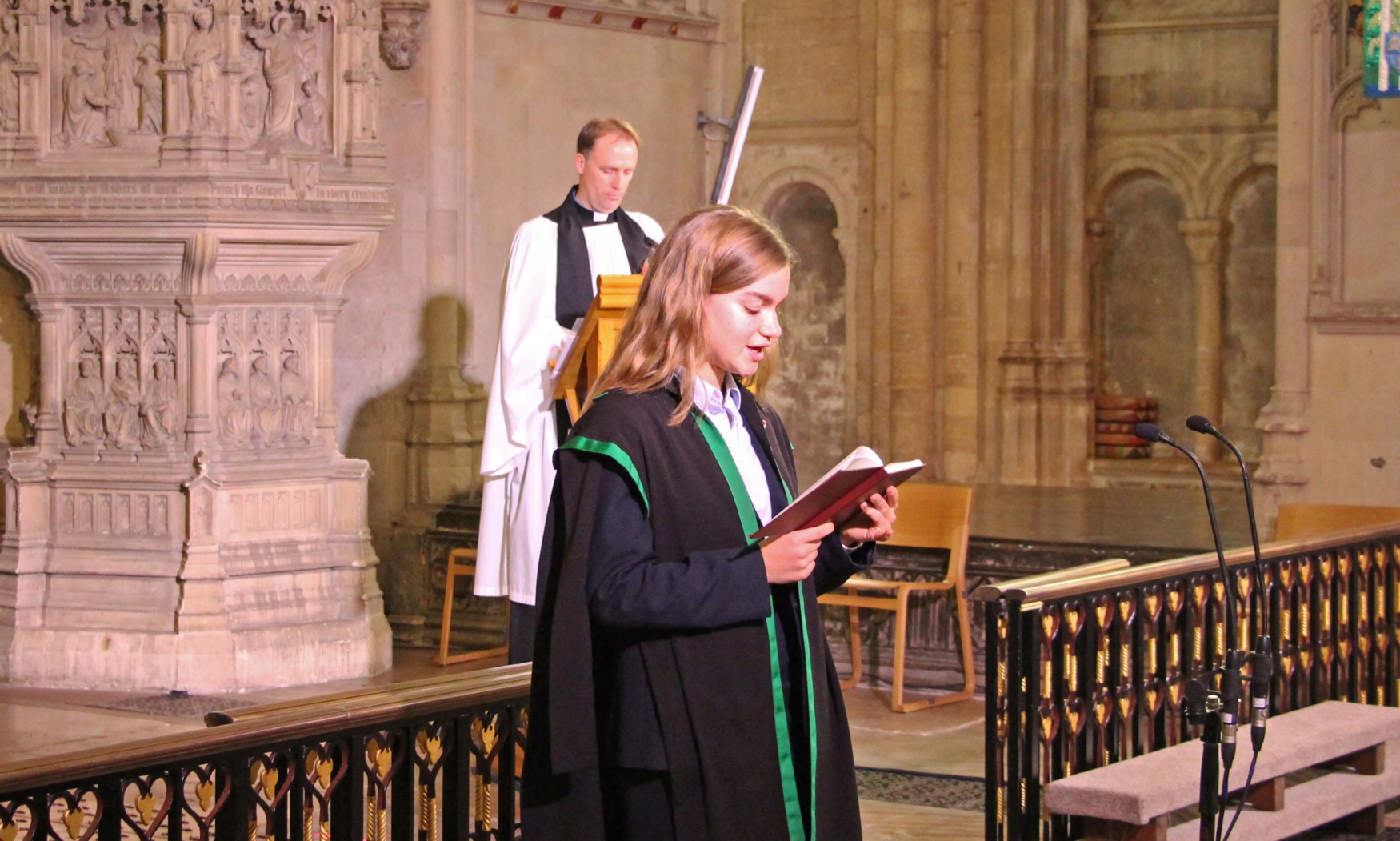