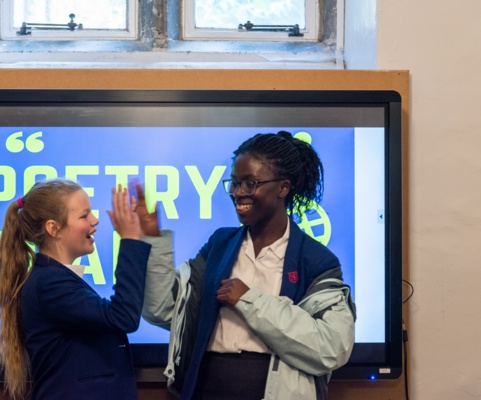 Thursday 7 October was National Poetry Day and pupils celebrated by taking part in a range of exciting poetry workshops throughout the day.

Middle 5 and Lower 6 enjoyed a poetry workshop with award-winning poet Penny Boxall. Penny is the author of three poetry collections: Ship of the Line, Who Goes There? And In Praise of Hands. She won the 2016 Edwin Morgan Poetry Award, the Mslexia/PBS Women’s Poetry Competition 2018, and a 2019 Northern Writers’ Award.

Pupils had the chance to compose original poems with the skills they had learnt, some of which were performed later that day in the Poetry Slam.

Some of our Lower 4 pupils were treated to a haiku writing workshop from author Julian Sedgwick.

Julian, who is the author of books including the Ghosts of Shanghai trilogy and Tsunami Girl, all of which are set in East Asia, talked to pupils about the history and structure of haikus, and some of the cultures that have built up around this form of poetry in Japan.

He spoke of his own visits to the region following the 2011 earthquake and tsunami, and about the research for his book Tsunami Girl, set near the Fukushima nuclear power station. Pupils learned about the disaster itself, but also of the courageous work that has been happening in this area, where local people started to re-build once the authorities deemed it safe to return. Some pupils wrote their haikus based on these experiences.

Visiting author Julian Sedgwick and visiting poet Penny Boxall were both in the audience, along with members of the English Department and the Library staff.

All agreed that the standard of poetry and performance was exceptionally good, with material ranging widely in tone, subject and delivery style. Some pieces were wryly funny, some mysterious, some threatening and some philosophical.

The audience were treated to a reaction in rhyme to Harry Potter’s predicament, some pieces written in our own creative writing club Writers’ Bloc in response to visual stimuli, and poems composed the same morning in the poetry workshop with Penny Boxall. 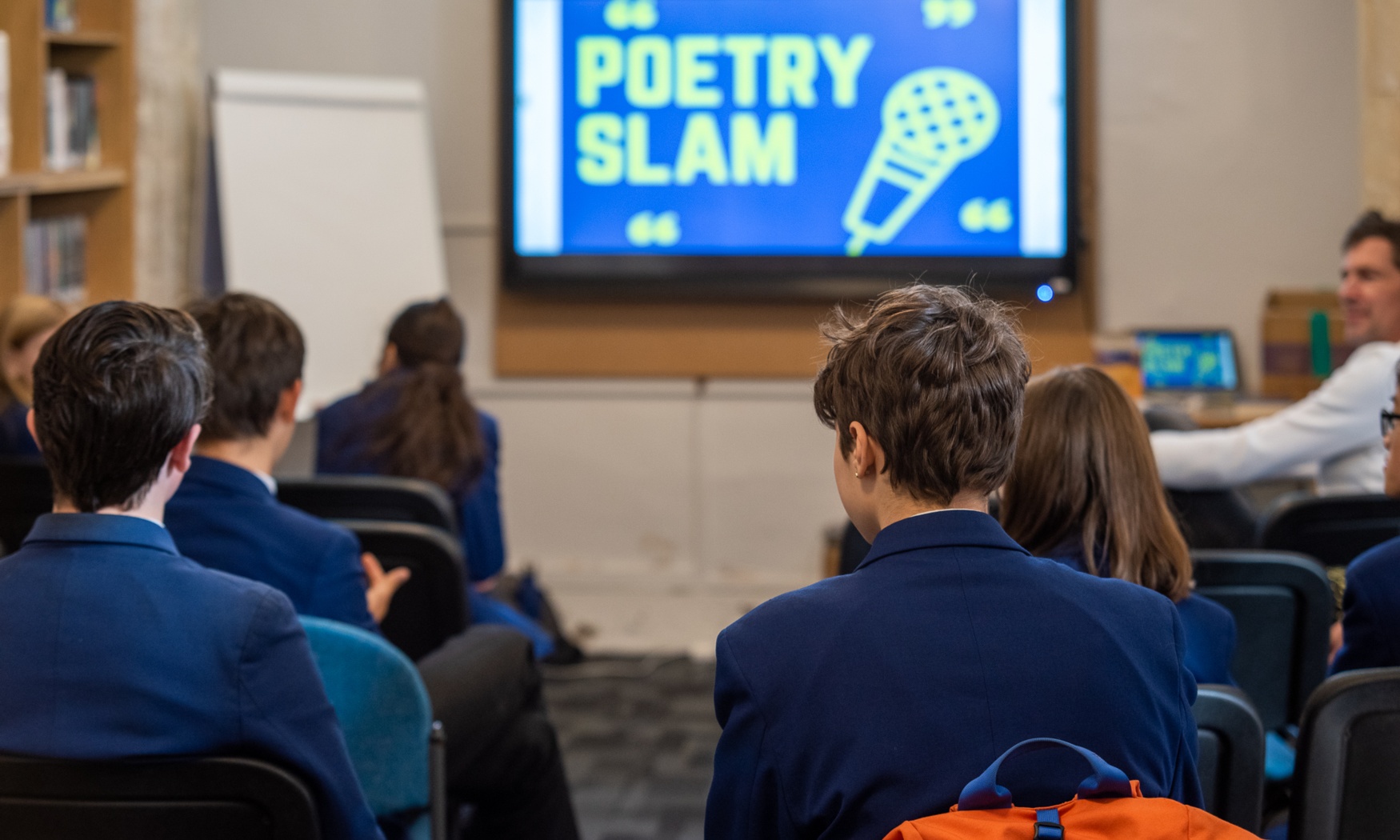 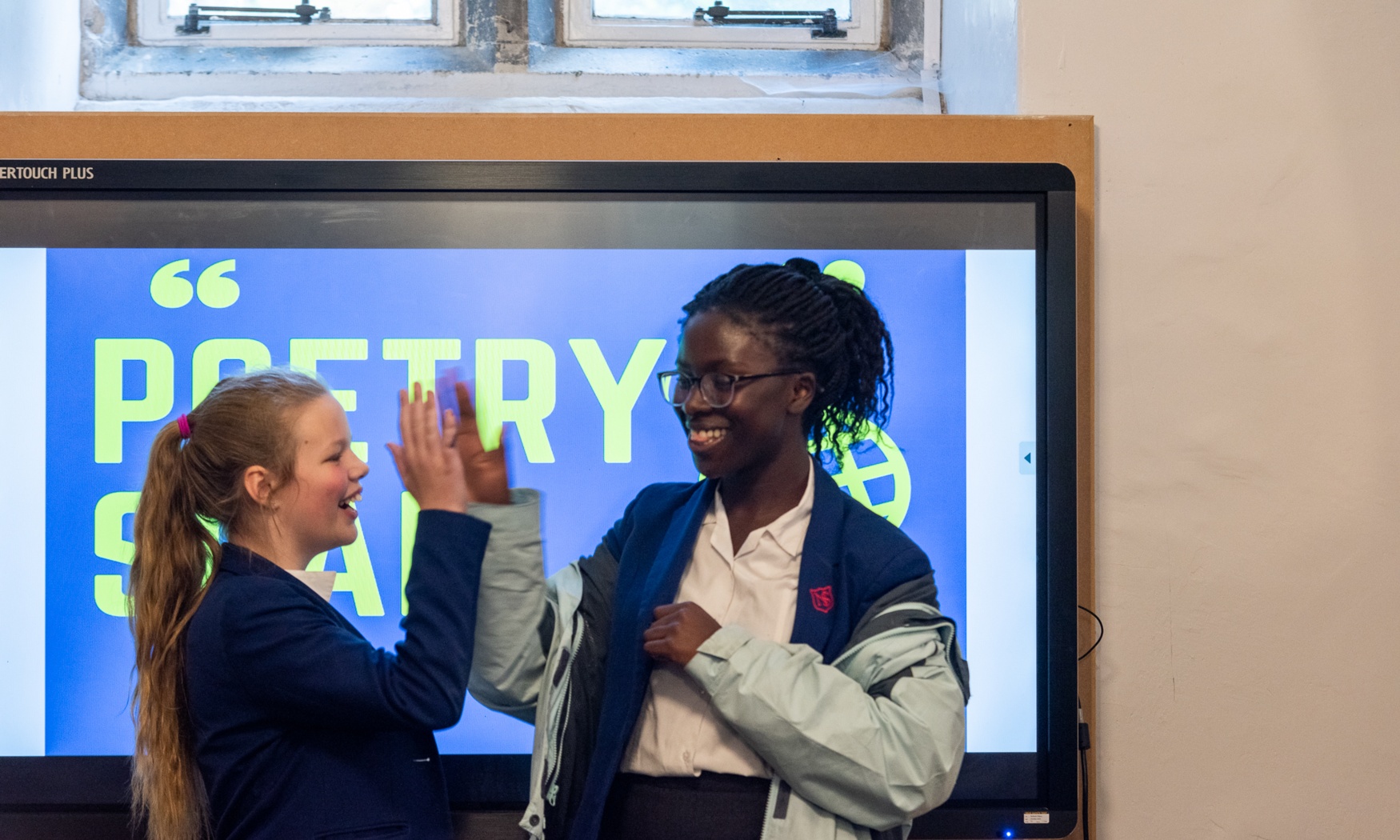 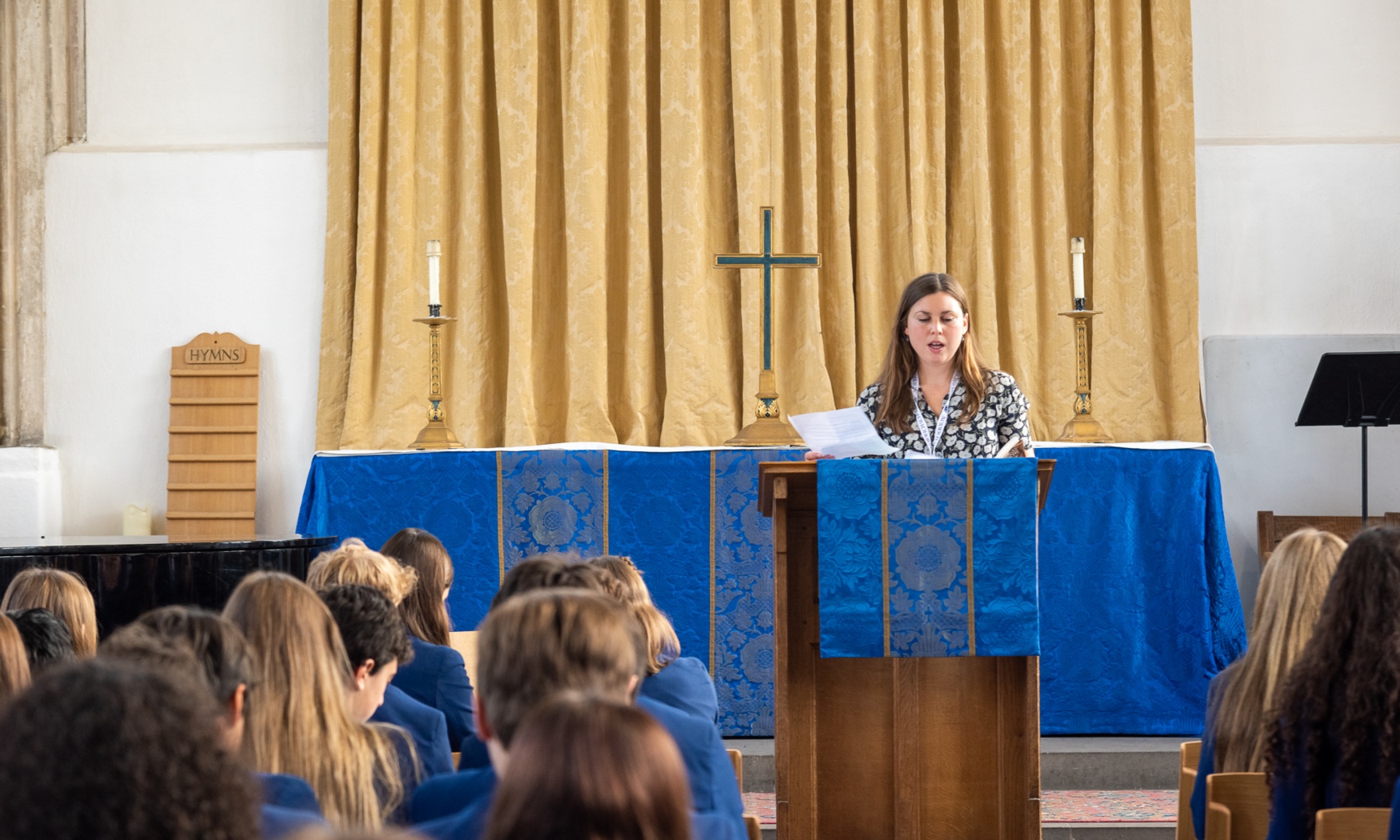 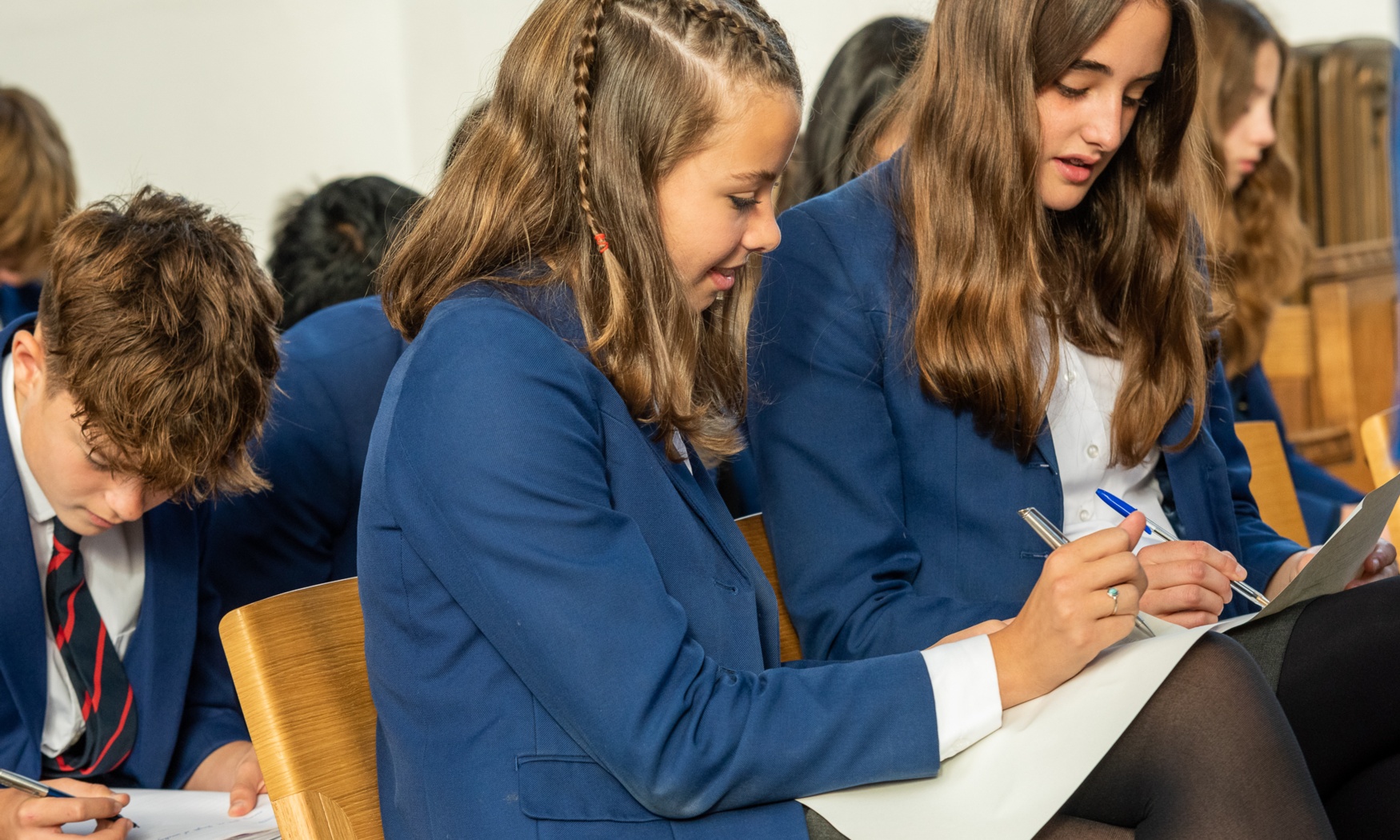 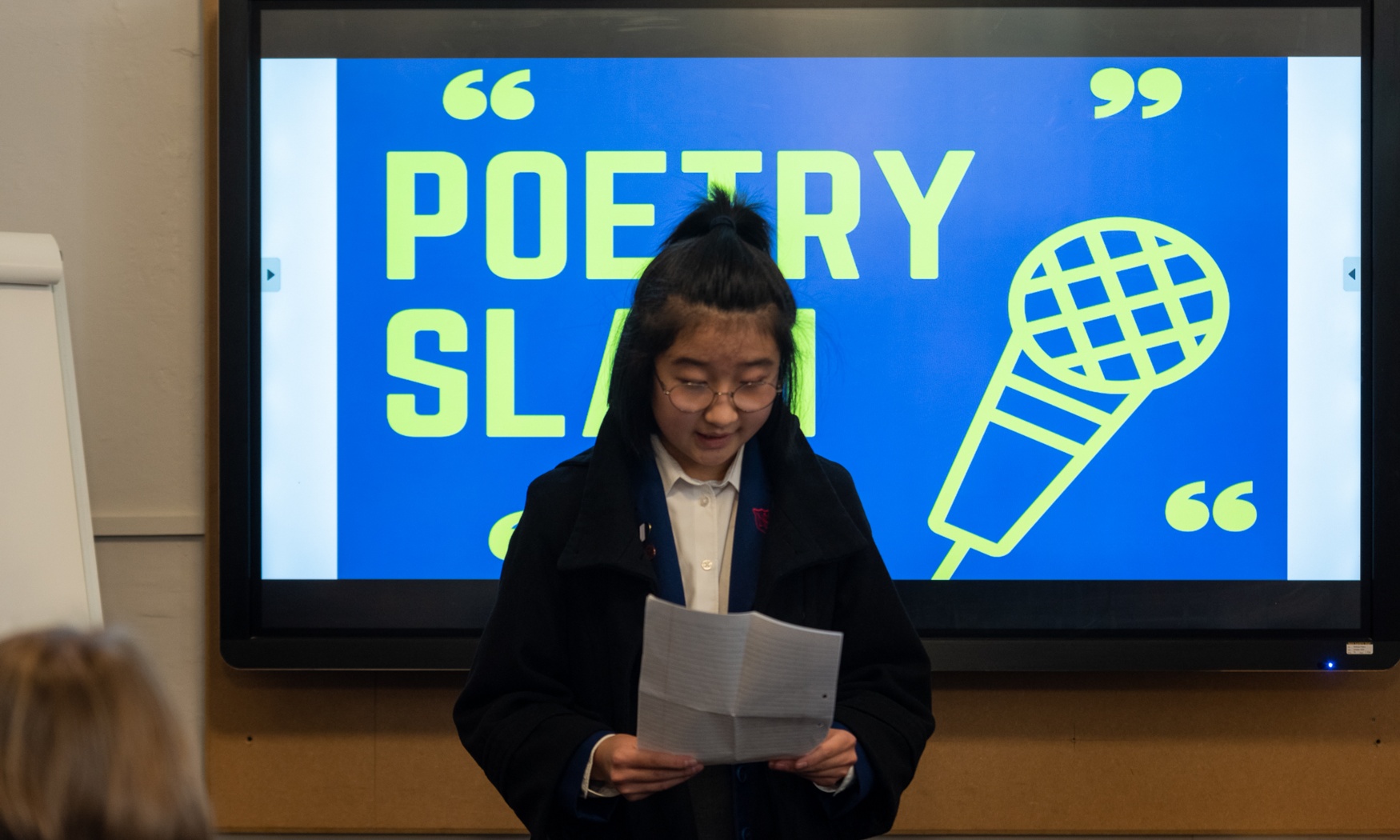 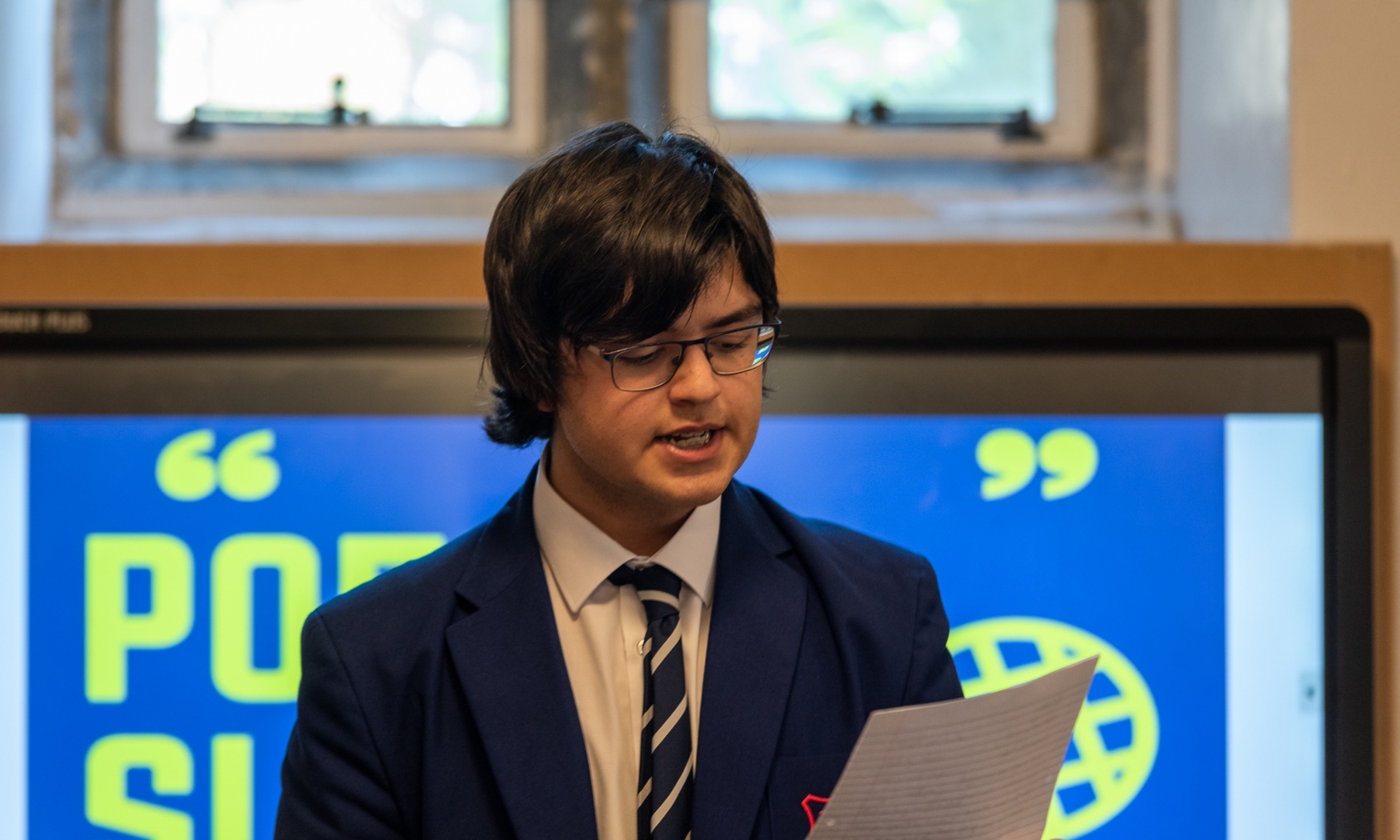 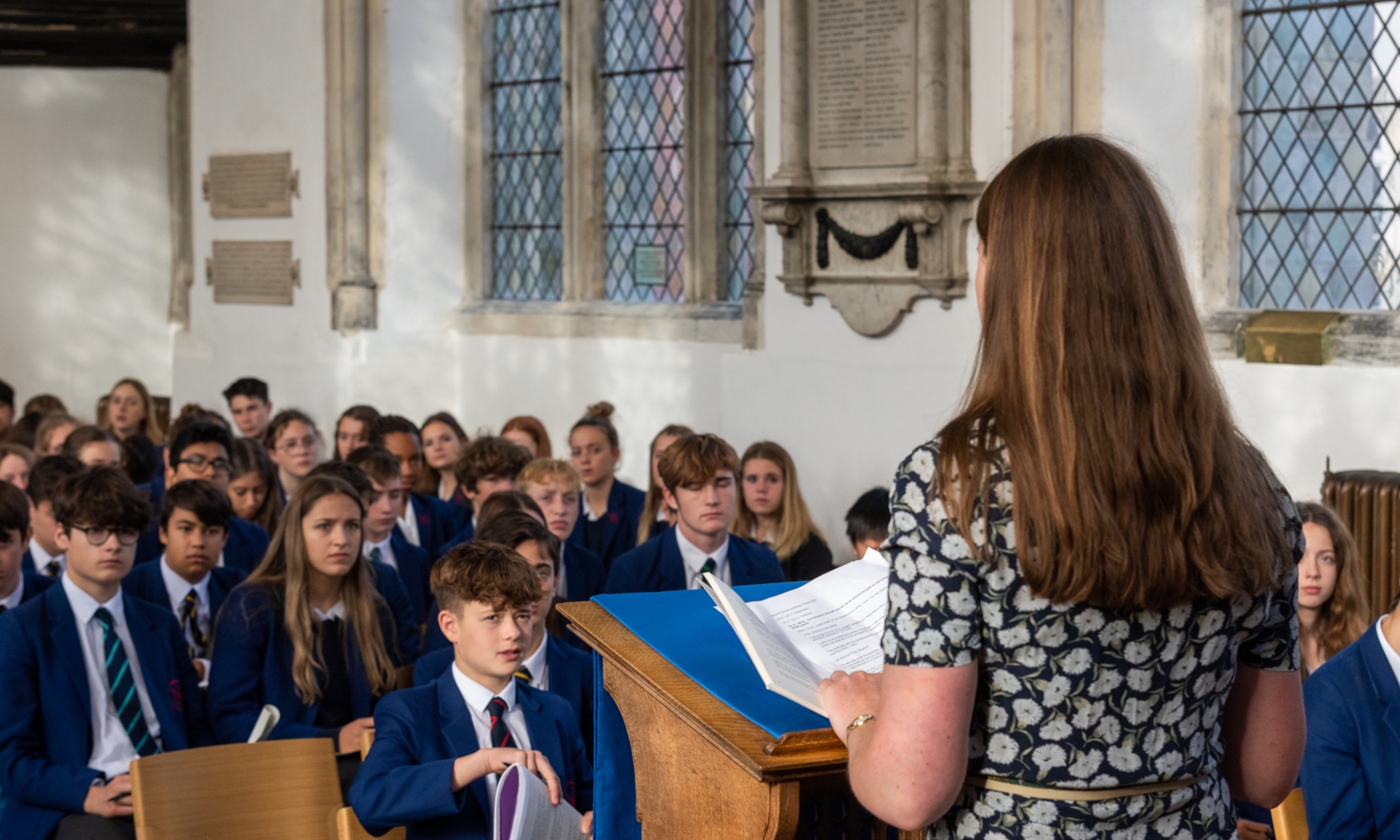