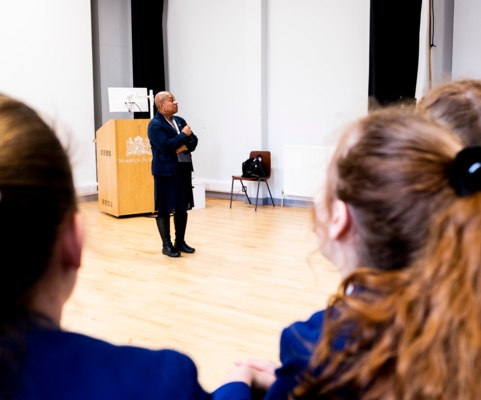 Sixth form pupil, Alice Nnene organised the visit of prominent anti-racism campaigner, Baroness Lawrence, to Norwich School to discuss her campaign to get justice for her son.

Norwich School last week hosted Baroness Doreen Lawrence of Clarendon. The prominent campaigner and mother of Stephen Lawrence, a black British teenager who was murdered in a racist attack in London in 1993, spent the day speaking with pupils from different year groups about her work tackling institutional racism.

The case of Stephen Lawrence had a profound impact on British society. Following her son’s murder in 1993, Doreen Lawrence claimed that the police investigation had been hampered by incompetence and racism and fought tirelessly to have the circumstances of the case examined.

The inquiry into Stephen Lawrence’s murder, established in 1999, generated massive media interest both in the UK and abroad, particularly when it concluded that London’s Metropolitan Police was ‘institutionally racist’ and that this had been one of the factors which prevented the case from being solved.

Subsequently Baroness Lawrence has continued to be a prominent anti-racism campaigner, promoted reforms of the police force and currently sits in the House of Lords as a Labour peer.

“The idea of getting Baroness Lawrence to visit Norwich School was conceived after my English GCSE. My chosen topic was multiculturalism and the benefits of having a multicultural education.

“It was then that I encountered the story of Stephen Lawrence and the campaigns of the Lawrence family. Fast-forwarding 15 months, after contacting her, I am delighted to welcome Baroness Doreen Lawrence to Norwich today.”

“Equality comes when we respect one another and our differences. This respect can come from understanding one another’s unique nature and ridding our minds of stereotypes and prejudices. In order to move forward as a society, we need to embrace and celebrate the different cultures we see around us.

“We also need to be aware of different contributions people have made towards the society we see today – this allows us to appreciate and celebrate one another.” 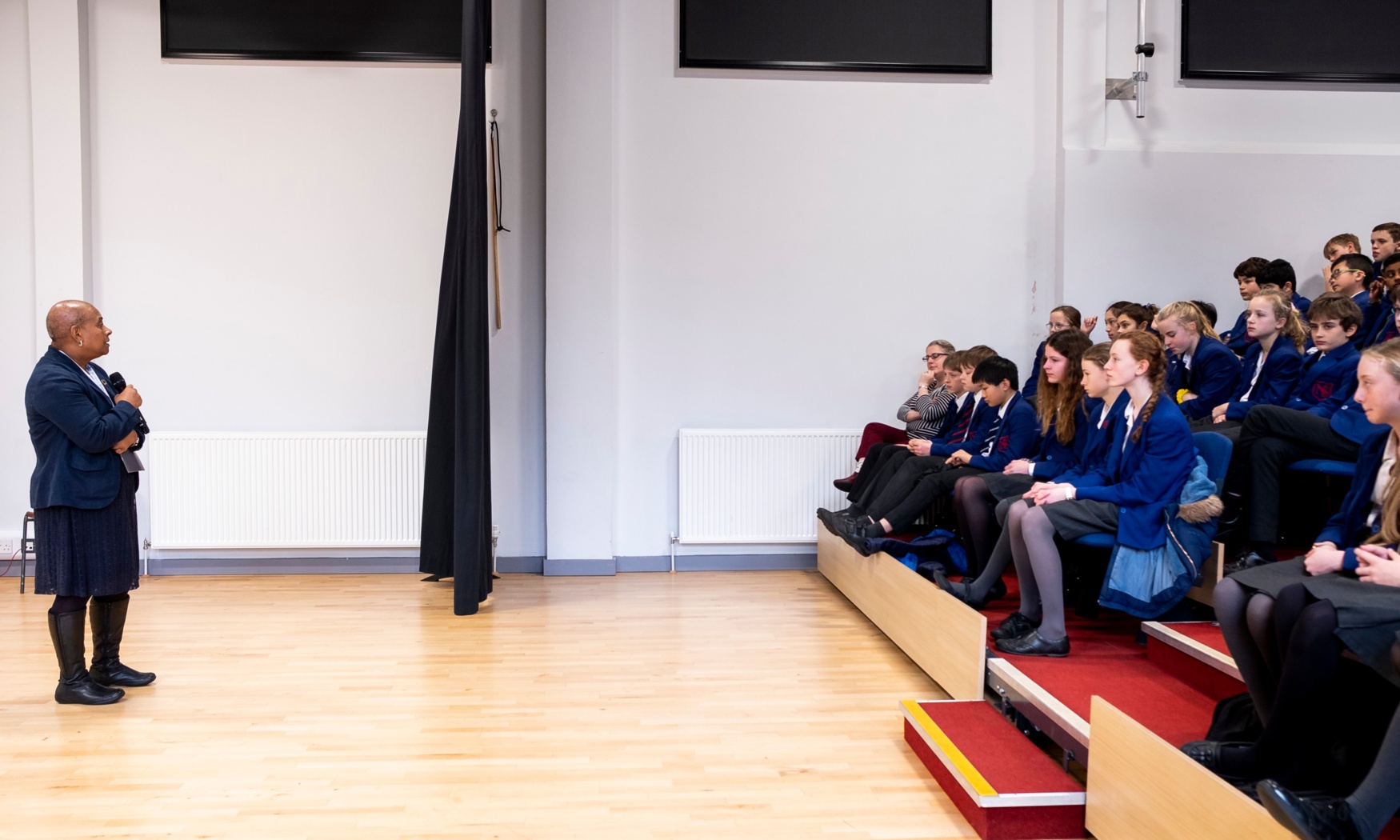 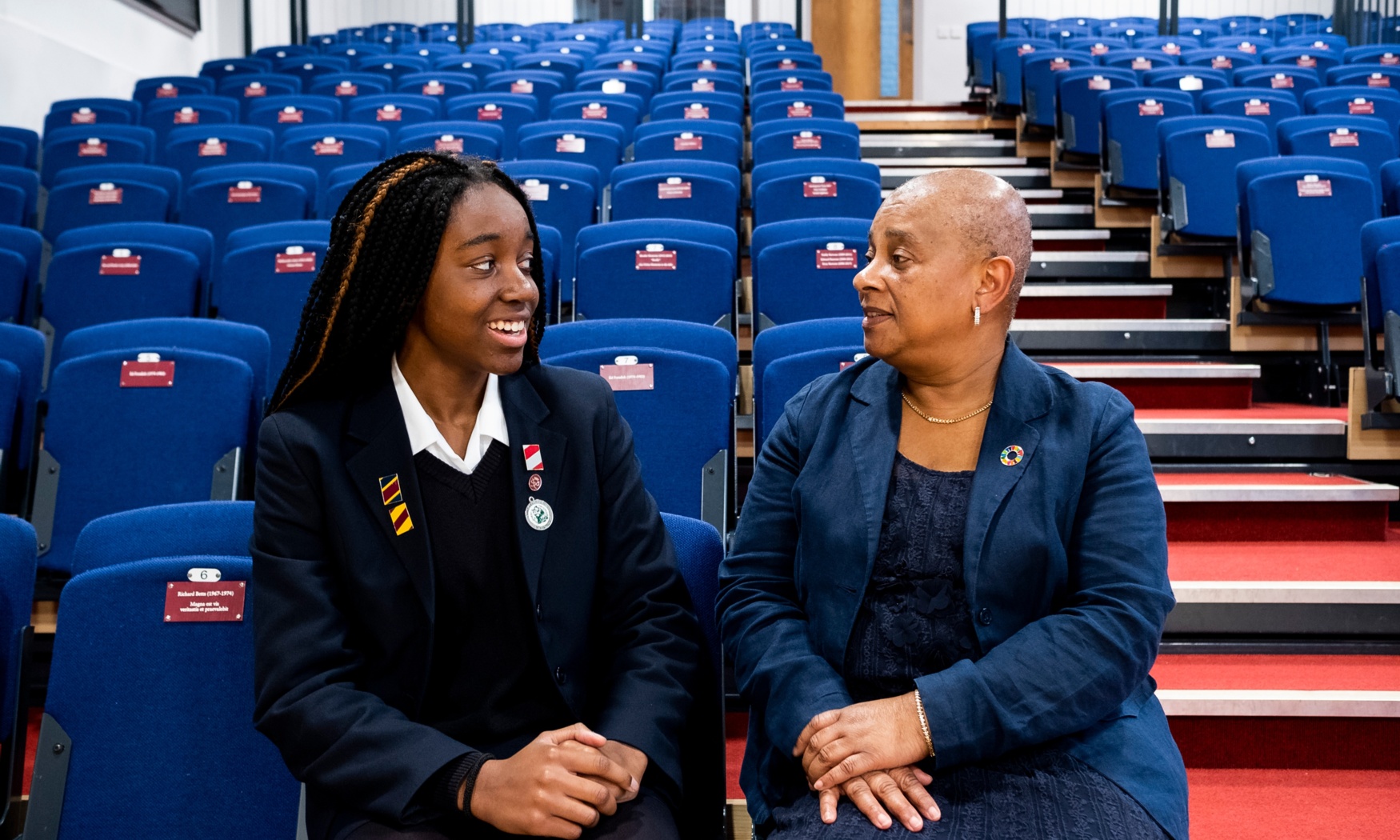 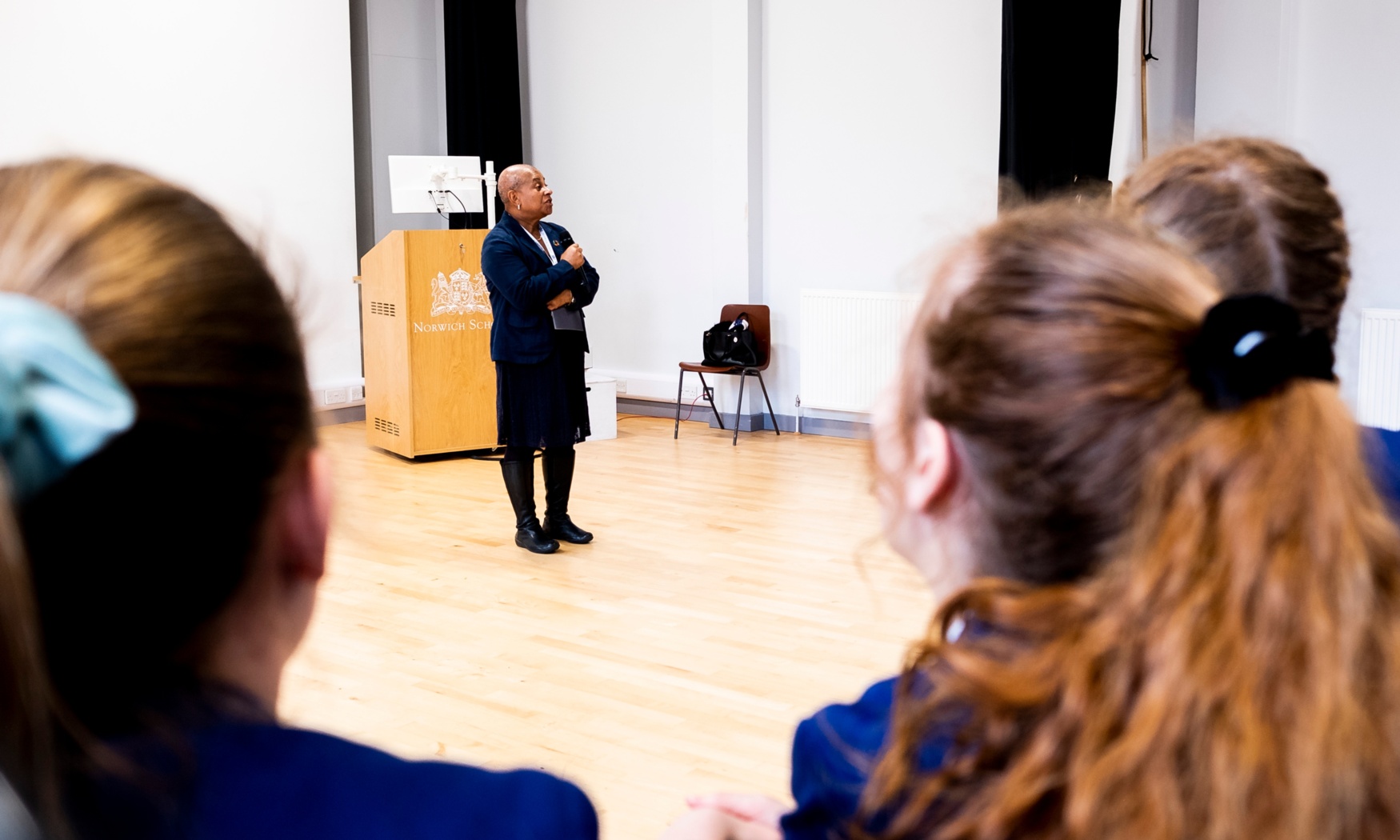