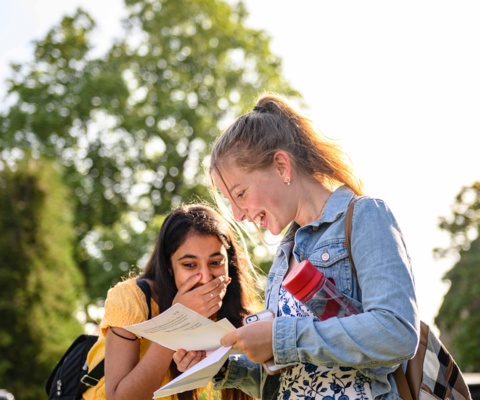 This July, Norwich School once again hosted the University Summer School for Year 12 pupils from across Norfolk.

Now in its 18th year, the Summer School has a long history of supporting local state school pupils in learning about competitive university courses and UCAS applications. Normally, pupils would be invited to the school for a week of lectures, seminars and talks but current restrictions meant that the week was re-developed into an online format to ensure that the event could still go ahead.

The virtual Summer School took place instead over 4 days of online lectures and webinars, with 40 Year 12 pupils attending from 16 schools. Talks from admissions staff at London Universities, Lancaster University and Scottish Universities, plus an introduction from member of the UCAS Council, Mike Nicholson, gave pupils a flavour of the Higher Education landscape of the UK. There were also presentations on applying to European and American Universities and effective personal statement writing.

Pupils had a timetable of evening subject seminars taught by Norwich School academic staff along with industry experts. A range of subjects were available from Architecture and Medicine, to History and Mathematics, with 56 seminars totaling 84 hours of teaching.

Attendees now have the summer to take away some suggested reading and project work for their subjects, and all will be invited for a face to face event at Norwich School (conditions allowing) in September for their final subject seminars, interview practice and 1:1 UCAS support.

Feedback from pupils was overwhelmingly positive, with many appreciating an opportunity to gain a better understanding of their chosen pathway:

“I loved the subject sessions I attended as they introduced topics outside of the school curriculum and were very interactive, which helped to further strengthen the topics and allowed me to form a well rounded and educated opinion.”

'I really enjoyed the subject tutorials as the discussions and questioning allowed me to explore what I had been reading and made the texts, which at first seemed out of reach, much more approachable. The talks opened my eyes to some new opportunities which I hadn't considered before such as going to Scotland. I hope it will be possible for us all to meet up in September!'

The importance of this kind of support for young people in Year 12, who have experienced a great disruption to their education this year, has been highlighted in recent months by the Independent Schools Council and the Schools Together Group. Norwich School was particularly grateful to be used as a case study for their report The Missing 2000. The full report, which highlights the importance of the power of independent partnerships for the benefit of children, can be read here.

The Norfolk Summer School would like to thank our donors; Norwich Charitable Trusts, the Lady Hind Trust, Norwich Freemen’s Charity, the Paul Bassham Charitable Trust and the Goodman Trust Fund.