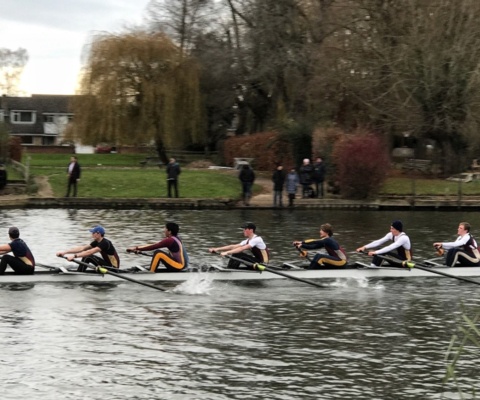 On Saturday 25th November the J15 selection of J16 and Senior squads travelled to Hampton to take part in a 3000m head race on the River Thames, just upstream of Hampton Court. Although rather cold it was a bright and sunny day with a slight tail wind for the crews. Highlights of the day were the J17 pair of Harry Hook and Ollie Udy. Both were first down the course for Norwich School, they were up against the likes of Hampton, Shiplake and Latymer School and achieved 3rd place out of the 10 crews.  Mattie Tremelling sculled solidly down the course to a 5th place out of 62 J16 scullers.  The WJ17 double of Maisie Cruickshank and Imi Shaw; the J16 pairs of Jonny Elliot with Greg Ferguson and Ethan Bacic with Mattie Sexton, all rowed well positioning themselves  in the middle of the packs of very well respected rowing schools and clubs.

At the end of the day the trailer was reloaded and a coach load of J16 boys joined us to stay overnight and race the next day at Wallingford Head.  Again the weather was kind to the crews who had a long wait up at the start.  The course was over 5000m on the River Thames against the stream.  We entered four eights;  a first eight, two matched J16 eights and a Ladies' eight.

The first eight of Harry Hook, Gill Brook, Mattie Tremelling, Oli Udy, Jonny Elliot, William Tremelling, Gabriel Davis and Jamie Burke coxed by Angus Toms raced together for the first time,   for a scratch crew the result was solid,  sandwiched between the Bedford Schools so some interesting racing to be had next year.

The large squad of  J16 boys allowed us to enter two matched eights, so as not to force selection too early in the season.  Cox Seb Clarke steered the 'Blue' crew of James Ni'Man, Duncan Steel, Zuhair Mondol, Huck Hempsall, Charlie O'Shea, Michael Baker, Josh Gray and George Prior whilst Angus Toms coxed 'Burgandy' made up of Ethan Bacic, Mattie Sexton, Krisztian Erdodi, Gregory Ferguson, Oliver Epurescu, Edward Collinson, Tom Barter and Joe Osborne.  The 7 second difference in time showed how similar the two crews were on the day and despite the depth of ability and experience within the boats they beat some good competition coming 3rd and 5th out of 10 resepctively.  These results  show real promise for  any selected crews racing next term.

For the girls eight of Anna Herrmann, Charlotte Coventry, Ella Bartram, Imi Shaw, Scarlett Udy, Caroline Jarvis, Ms Johnstone and Maisie, coxed by Jack Collins this was going to be one of their greatest challenges yet.  They put in a good performance and were really pleased with their row coming 3rd in Womens'  band 4 eights.    A big thank you must go to Ms Johnstone for subbing into the crew at the last minute after an illness in the crew.

It was fantastic to see a number of ON's racing at Wallingford, and at the Fours Head last month (former Captain of Boats -  Will Stoner,   Benjie Stimpson,  Callum Prosser, Alex Stevens, Ollie Negus, Calum Page),  and with the ON rowing match scheduled for 16th Dec at 1100, this years 300m splash and dash should be hotly contested. 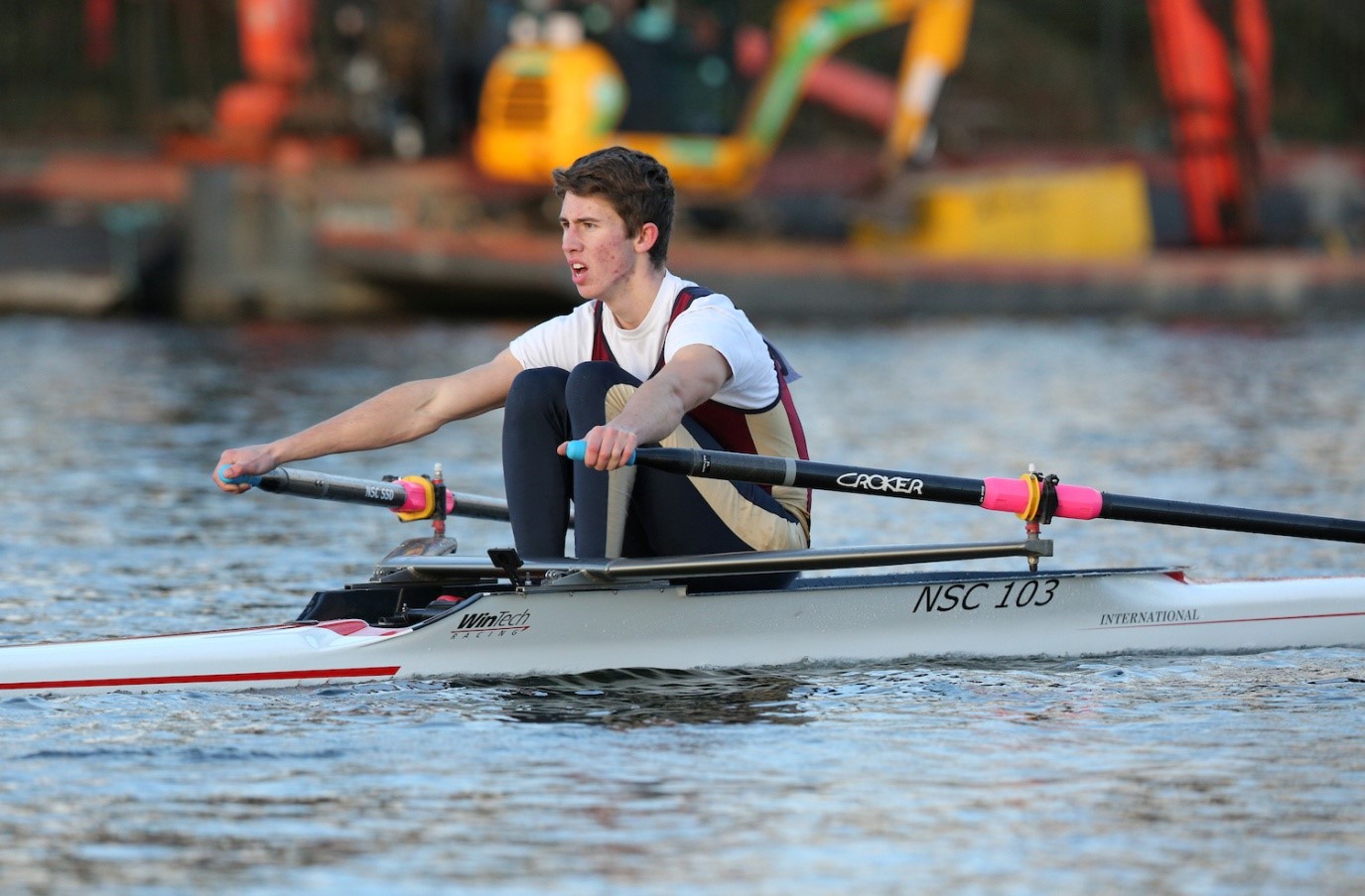 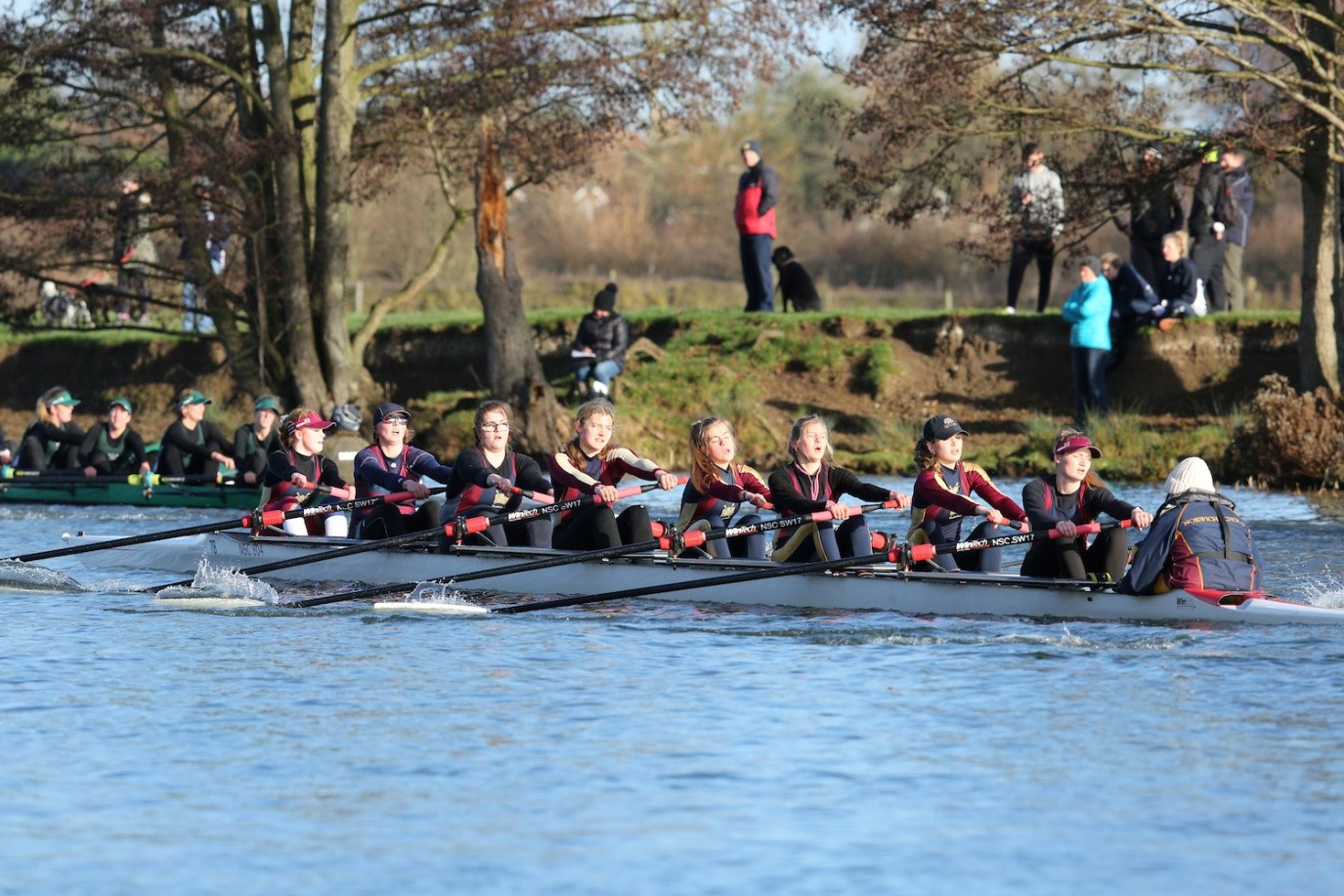 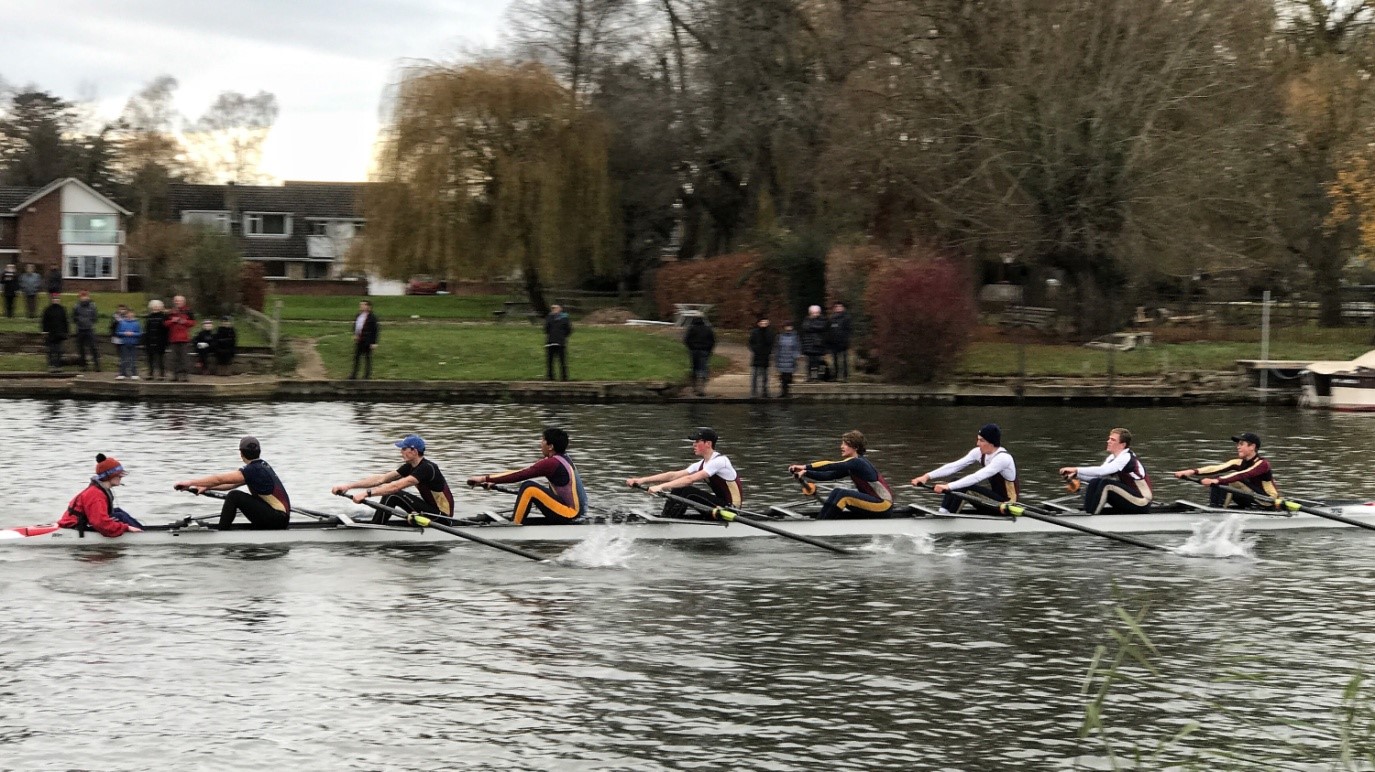