"On Thursday 30 June, Norwich School held their annual Charity Fashion Show at The Space, Sprowston. There was a multitude of performances, such as pupil-choreographed dances, a pride-themed dance and singing.  As well as some brilliant performances, the models and comperes were in full force and brought incredible energy to each line.

The Norfolk LGBT+ Project was founded in 2007 by a small group of individuals who came together with the aim of making a difference in the lives of LGBT+ youths in Norfolk and Waveney. The Project does, however, work with members of the community across all age groups. In 2009, they registered as a charity in order to expand their services to all ages and provide face-to-face support. The Norfolk LGBT+ Project’s continued mission is to improve the health, mental health and wellbeing of LGBT+ people in Norfolk and Waveney through support, empowerment and non-judgmental, informative services. We were extremely pleased to be able to support such an amazing charity for The Norwich School Fashion Show 2022!

The show was kicked off by a Pride-themed dance choreographed by Scooby. The dance included a remix of three LGBTQ+ themed songs and some spectacular rainbow umbrellas. Later in the show, The Senior Dance, choreographed by Miss Hacking was an empowering piece in support of women’s rights and a hip-hop inspired piece to Destiny’s Child Lose My Breath, choreographed by pupils Lucy Benton and Shraeya Saravanavel was a house favourite. Amy Griffiths, The Upper 5 Quartet and the Senior Dancers were incredible as always and The Charity T-Shirt dance was not only a great way to model the charity t-shirts but to also close the first half of the show.

The first line of the evening was an A-Level line which showcased some of the beautiful work our pupils have created, ranging from dresses designed by Cassia Miller and Amelie Bredican to a blazer focused on feminism designed by Tilly Banks. Pupil’s work also closed the show with the A-Level Jubilee line. These garments were inspired by the Queen’s Platinum Jubilee and were created by a handful of L6 pupils this term.

As well as pupil-made garments, we were lucky enough to include lines from our local community. Dipple and Conway and Dogfish and Catfish are always a must and each year they never disappoint. This year, Dipple and Conway brought sunshine to Norfolk with their line to Walking On Sunshine by Katrina and the Waves. The energy was high as models included actions and dance moves into their line. Dogfish and Catfish stuck to a traditional catwalk which enabled their clothes to be showcased to the fullest. The clothes were then on sale after the show and a voucher was up for grabs in the raffle.

New additions this year included Vegas Vintage and The Priscilla Bacon Line. Vegas Vintage, run by Hannah Springham and located in Reepham’s The Dial House brings pre-loved designer items at a cost-effective price. Designer clothing doesn’t have to be saved for special occasions nor does it have to be exclusive- the beauty of vintage designer clothing can last several lifetimes and the best thing is that it’s sustainable. Sustainability was a crucial aspect of this year’s fashion show and we tried to use pre-loved clothes wherever we could. The Priscilla Bacon Hospice charity was kind enough to lend us red, white and blue clothes from their stores to create their line and the models were given free rein to style their outfits themselves. They loved the creative freedom and it’s definitely something we would like to include in future fashion shows.

In addition, to celebrate the Queen's Platinum Jubilee, Lower School pupils designed their own crowns, which they were then filmed modelling in the recently named Jubilee Wellbeing Garden, with the film played on the night of the fashion show. It was great to have pupils from 4-18 involved in this year's show!

The Green Group partnered with Coral Eyewear for another sustainable line. They worked tirelessly over the last couple of weeks and managed to create garments out of recycled materials. Coral Eyewear was a perfect fit, as their frames use completely recycled materials from landfills. They are British designed, and Italian made so the quality of the eyewear is extremely high. Their ethos is ‘style without the compromise’.

The Staff and ONs got involved in this year’s show and they definitely gave the pupils a run for their money. More than 10 of our own Norwich School staff featured in a line which took the audience through decades from 1950-2020. They could either style their own clothes or they were able to buy pre-loved items from charity shops for £10 or less.

The ON line consisted of a mixture of video, graphics and pieces. Avalon Thursby focused her videos on femininity in fashion, William Catchpole’s graphics were designed with the concept of fashion houses in mind and Jess Girling’s knitted pieces combined fashion and comfort with a focus on post-pandemic living. Will’s signed graphics were not only framed and modelled but they are also available as prizes in The Gala Night raffle later this term. Soon to be ON, Mia Bartram created a brilliant video which showcased some GCSE and A-level jewellery created over the course of this year.

A huge thank you to all involved and a very special thank you to: The Partnerships Committee, Mrs Hill, Mrs Stevenson, Miss Hacking, Mr Passam, Mr Cann, Mr Campbell, Mrs Thomas, Miss Cann, Mrs Reynolds and all the staff, comperes and models.

If you didn’t manage to see the show live, a video of the show will be available on the Norwich School YouTube channel soon." 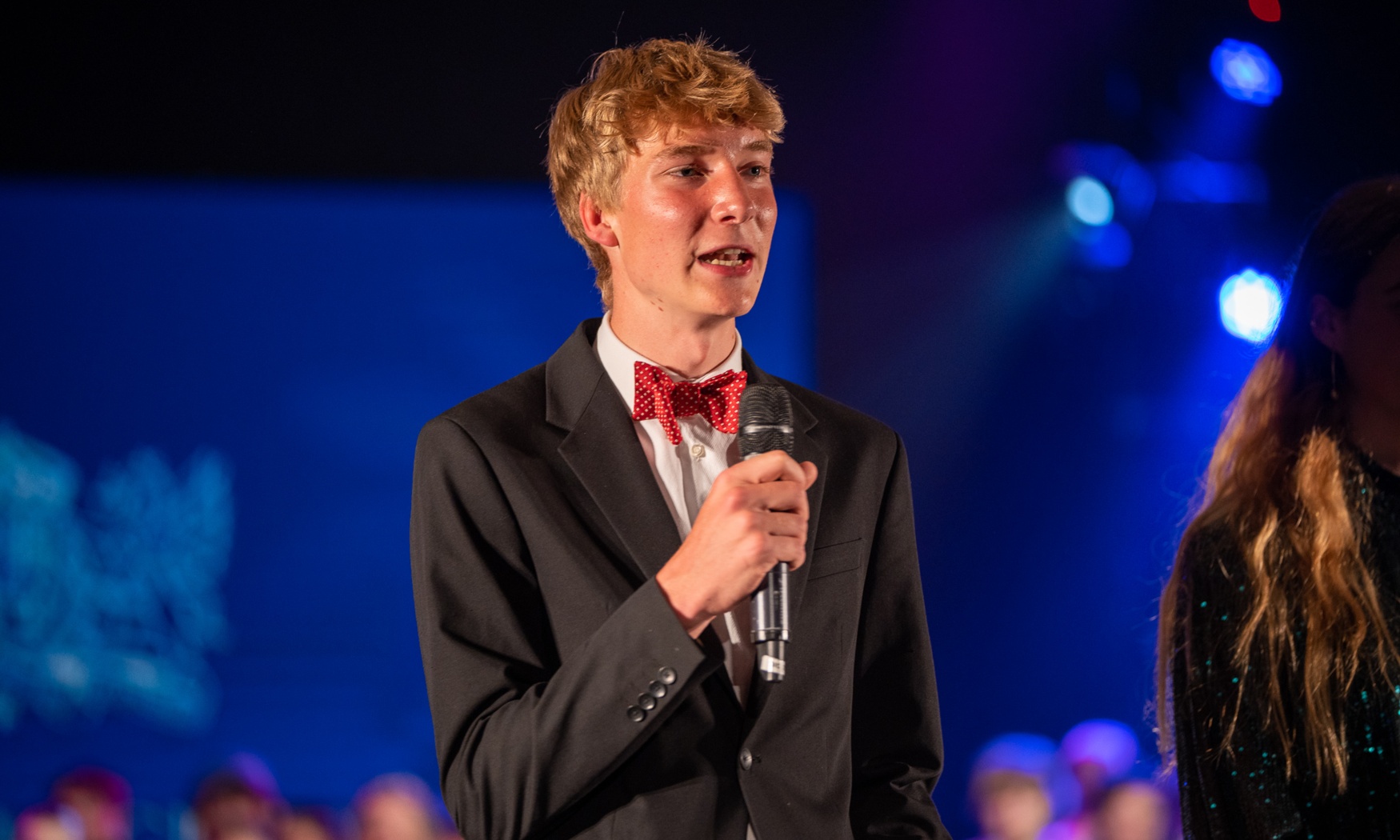 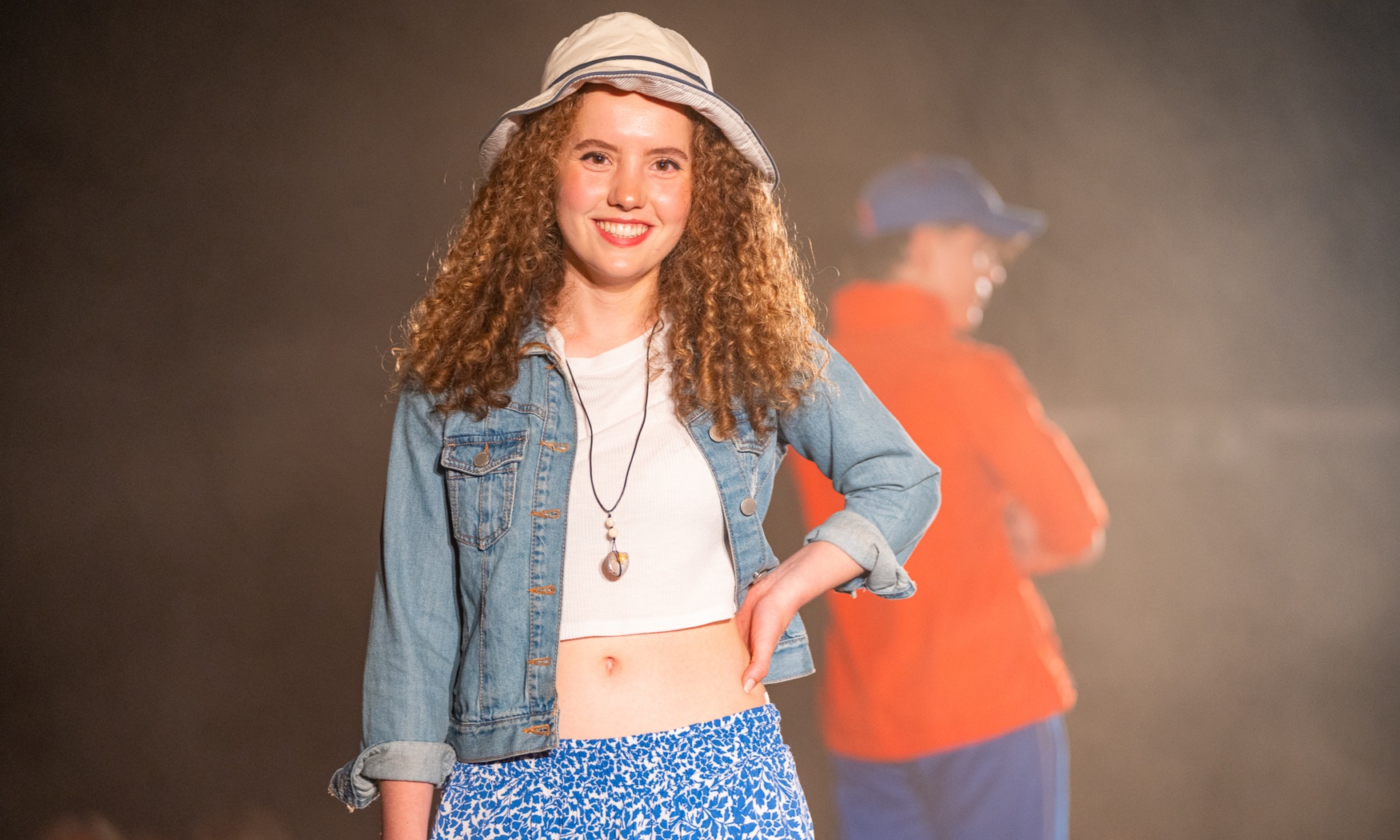 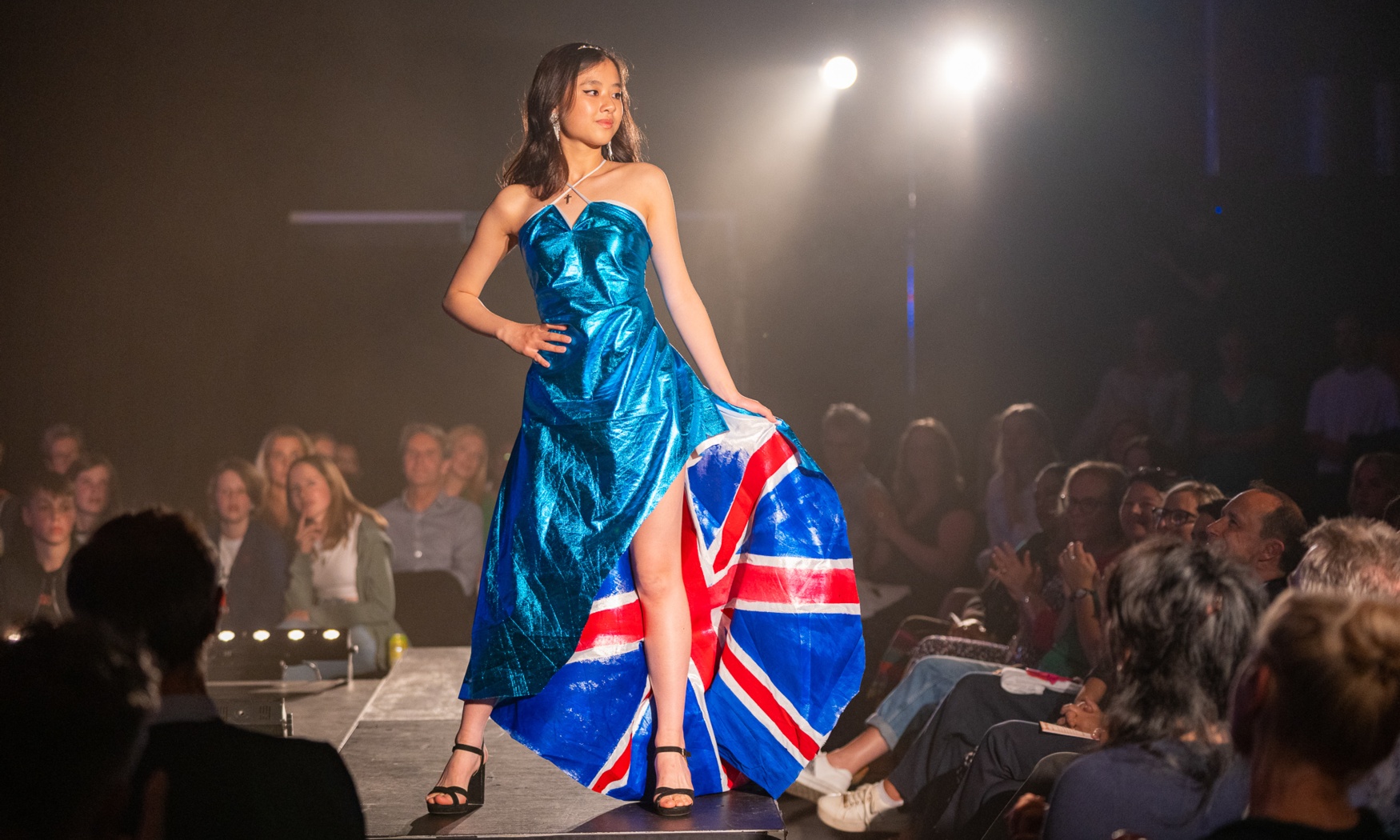 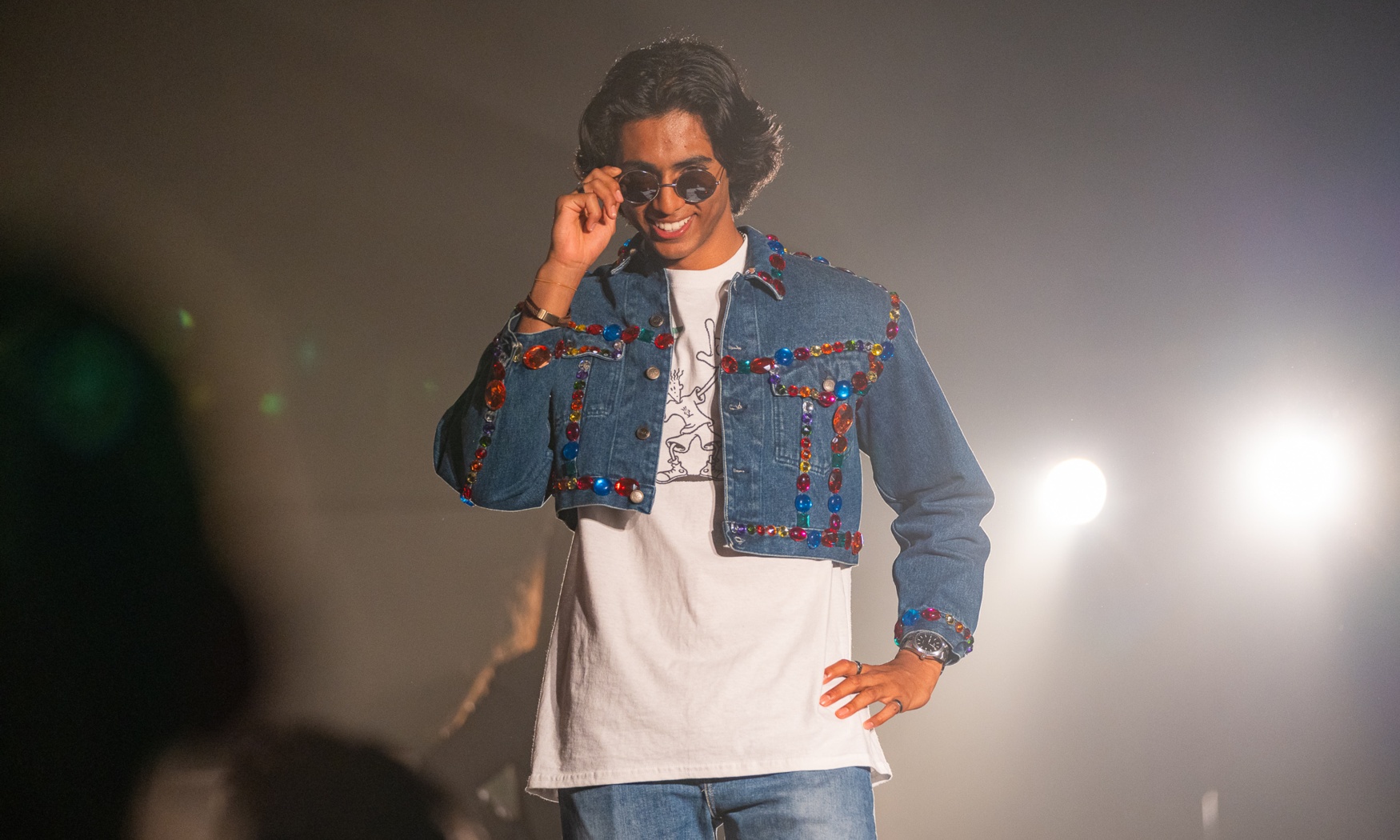 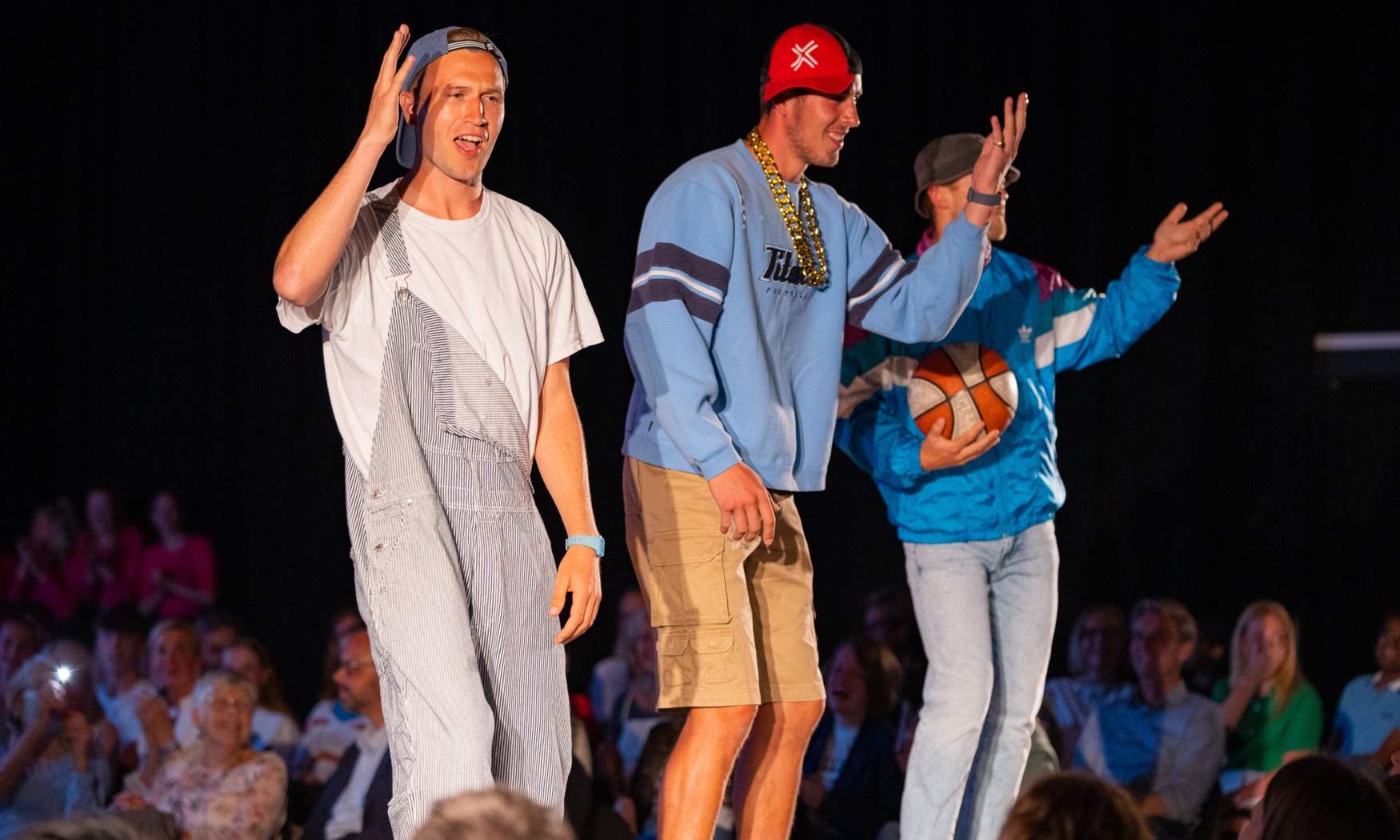 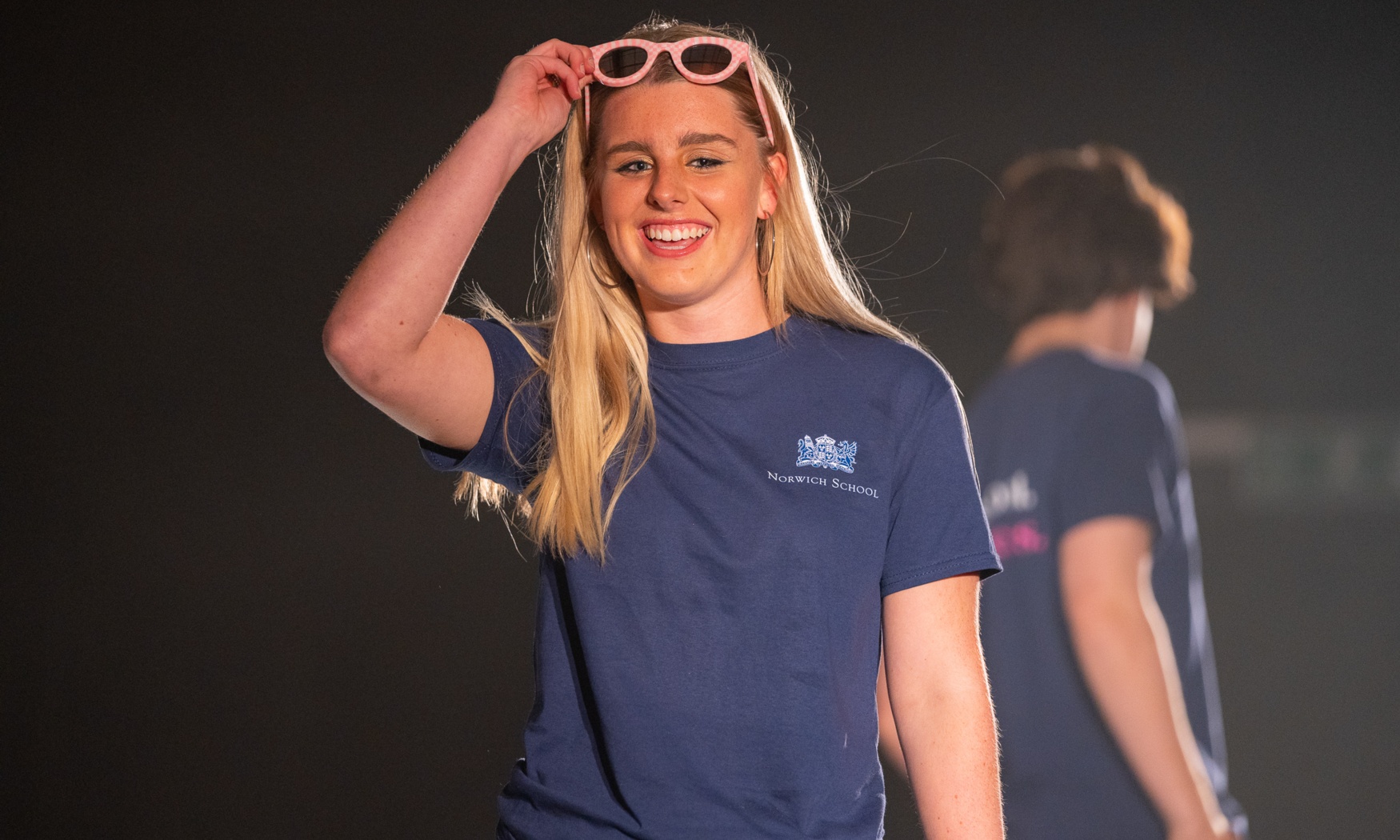 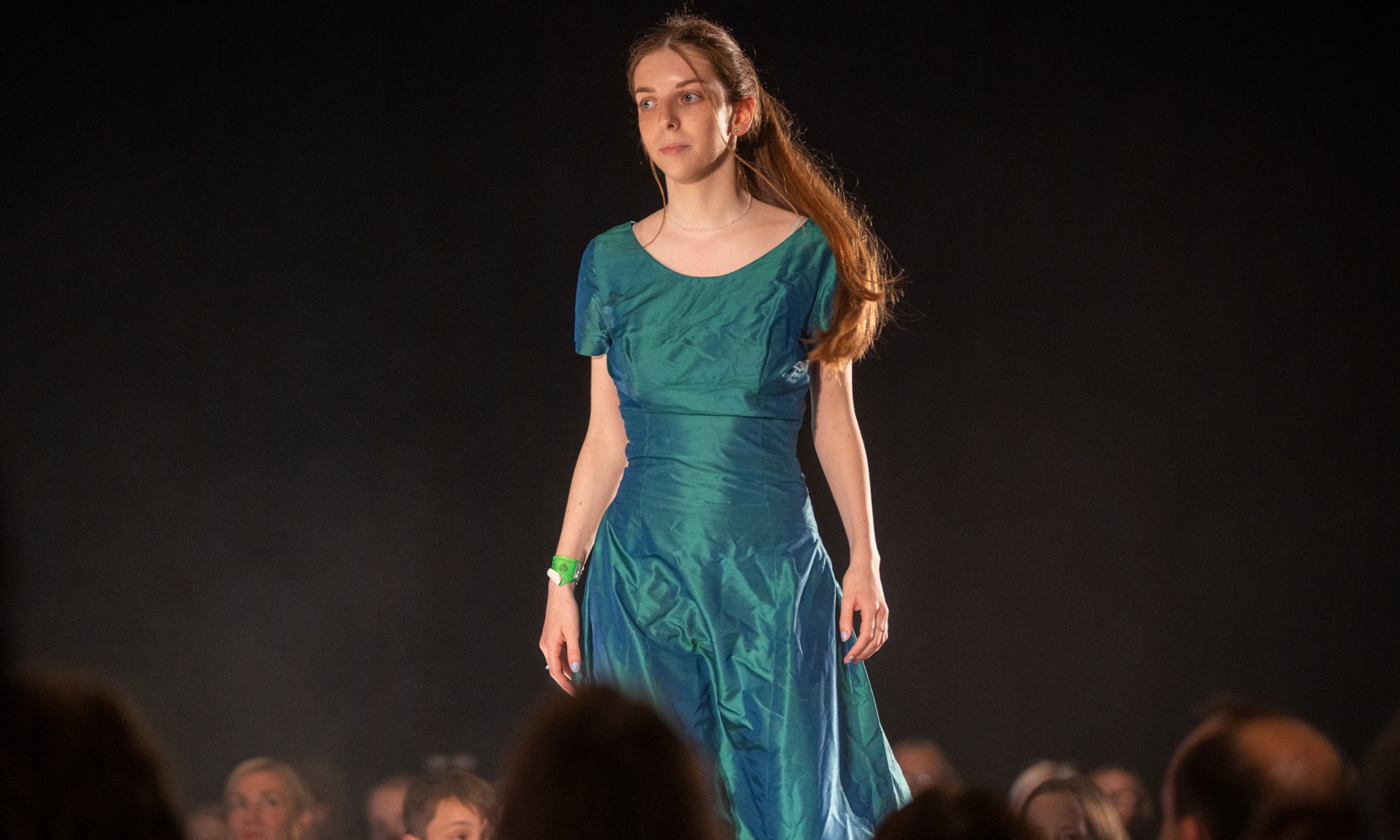