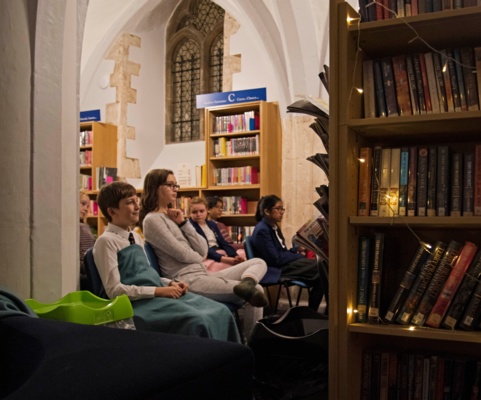 On 1 December, a group of Lower and Upper Four readers attended a 'Lock-in' in the Undercroft Library. Local Young Adult fiction author Richard Lambert came to speak about his new novel Shadow Town, and his earlier book The Wolf Road, winner of The Mal Peet Children’s Award 2021.

In a very interactive talk, where pupils also shared their own views and experiences, the author spoke about portal novels, where characters cross into another world, and discussed themes found in his book, such as climate change and pressure on young people today. He spoke about where he finds his inspiration, which can be as varied as incidental conversations with strangers, castles visited years ago, or a neighbour’s cat!

Within the group were several Fourth Form writers, and ideas were shared about free writing, plotting, drafting and editing, as well as an insider’s look at the process of designing a book cover, and some of the processes involved in publishing a book.

The evening was rounded off with soup, bread, hot chocolate and brownies, and some more chat about books – this time pupils sharing what stories had helped them to manage when they were locked down and unable to go out. 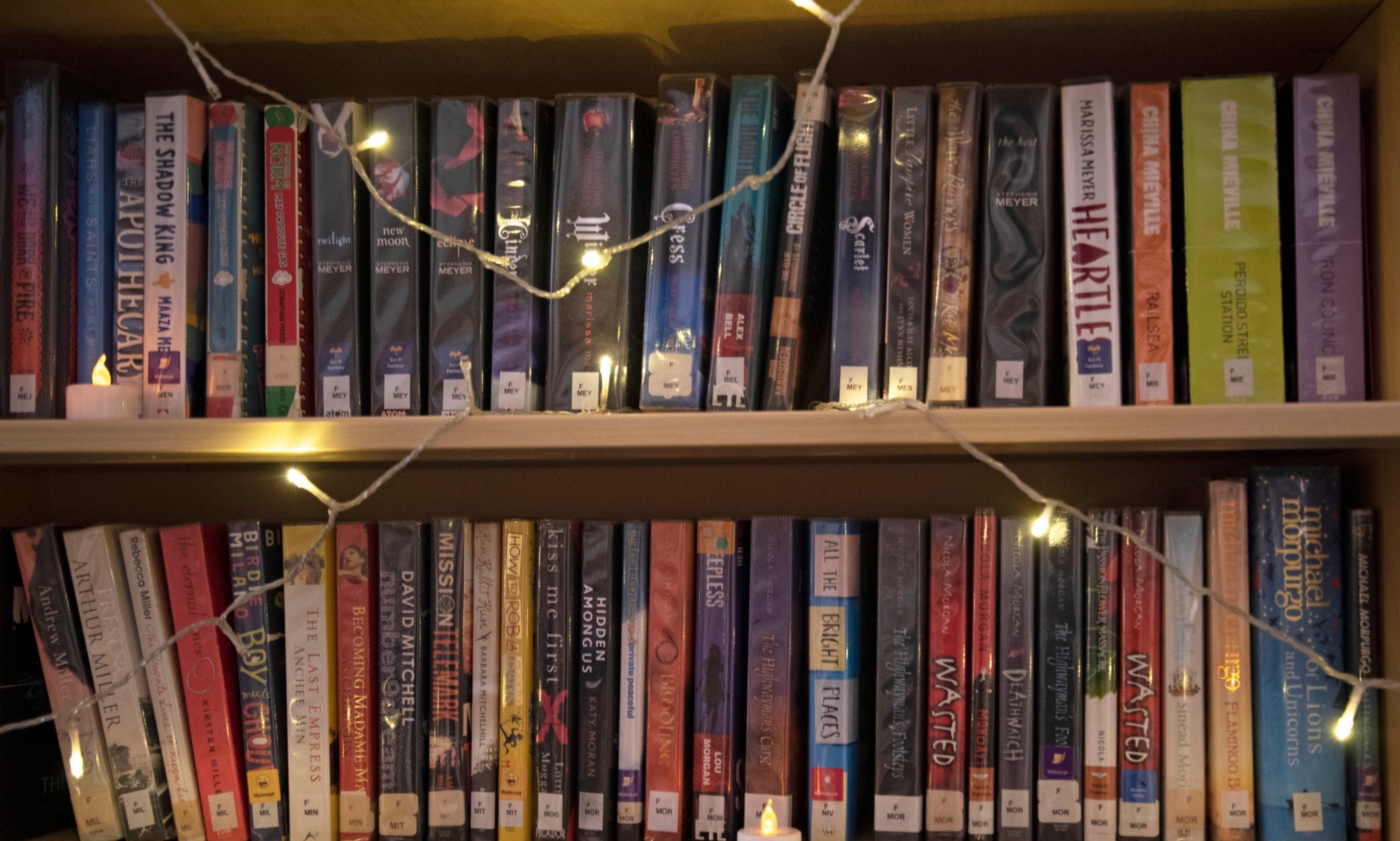 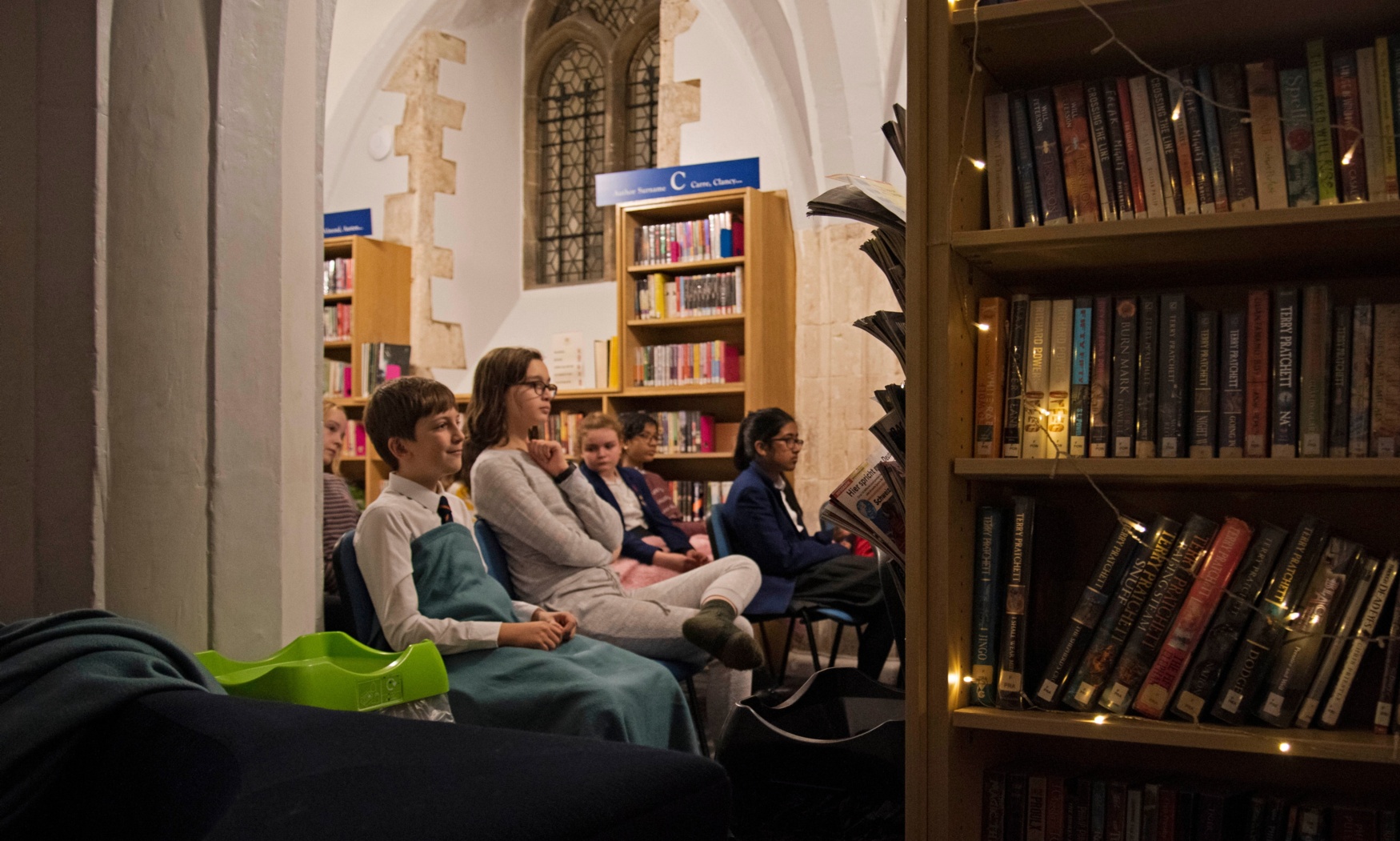 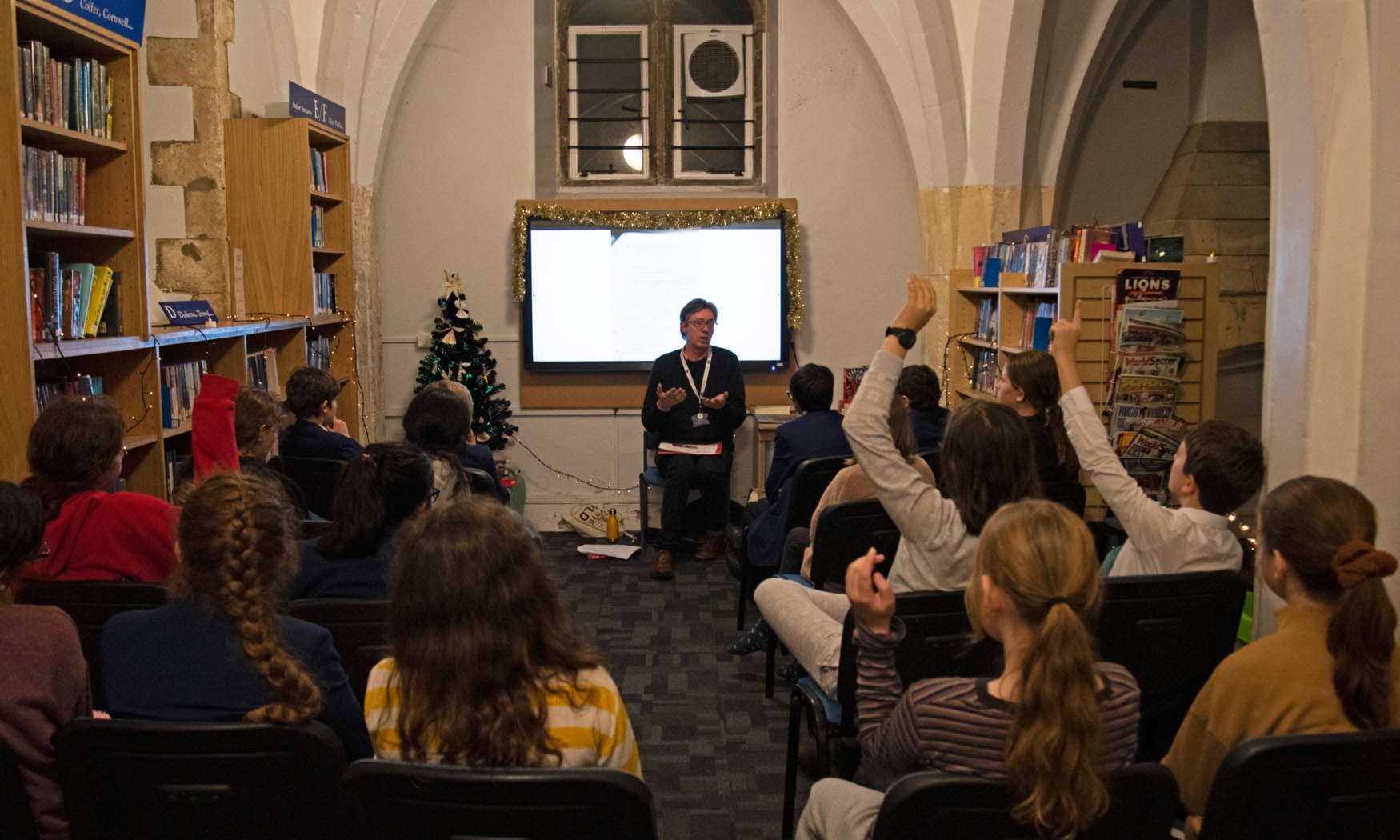 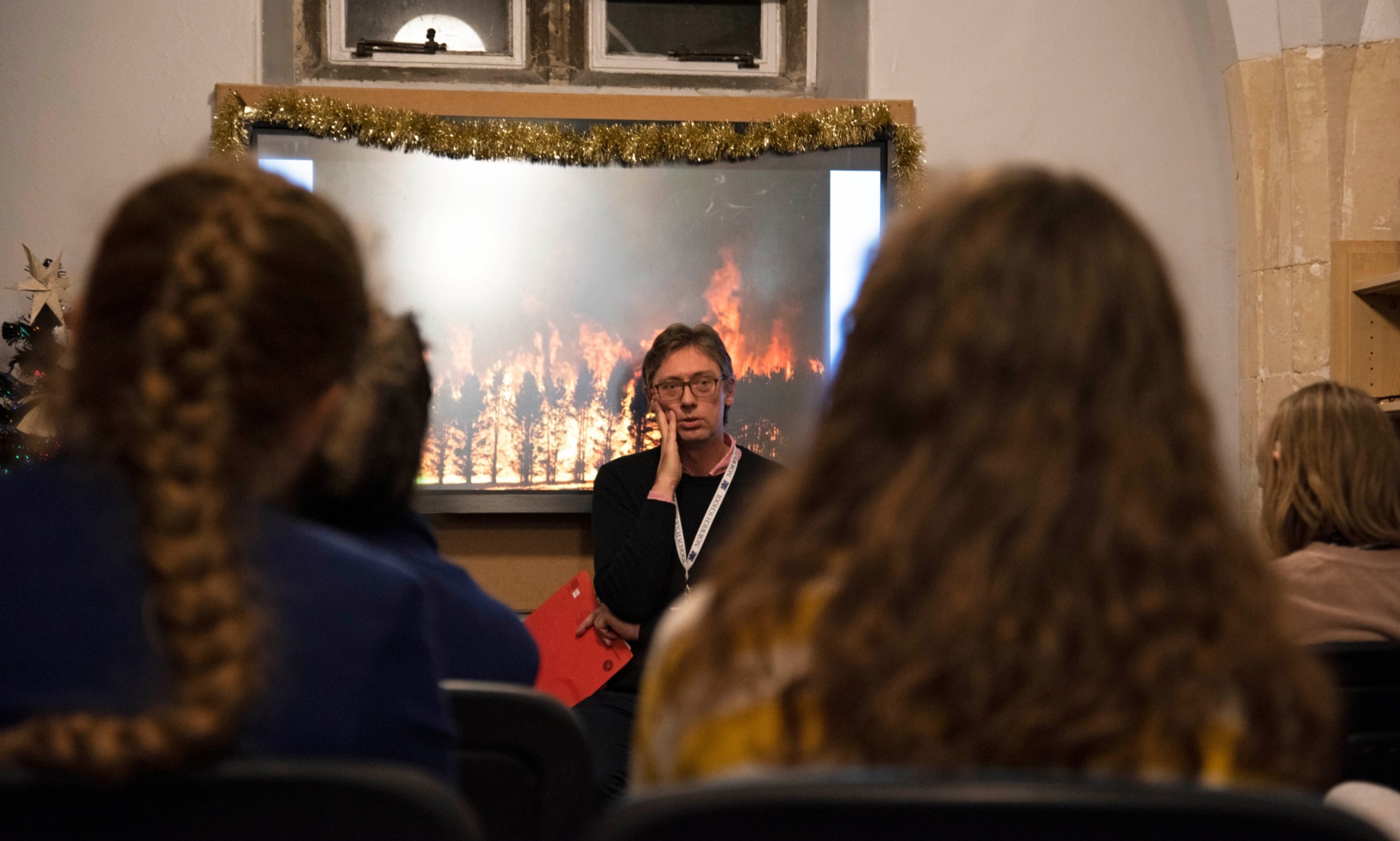 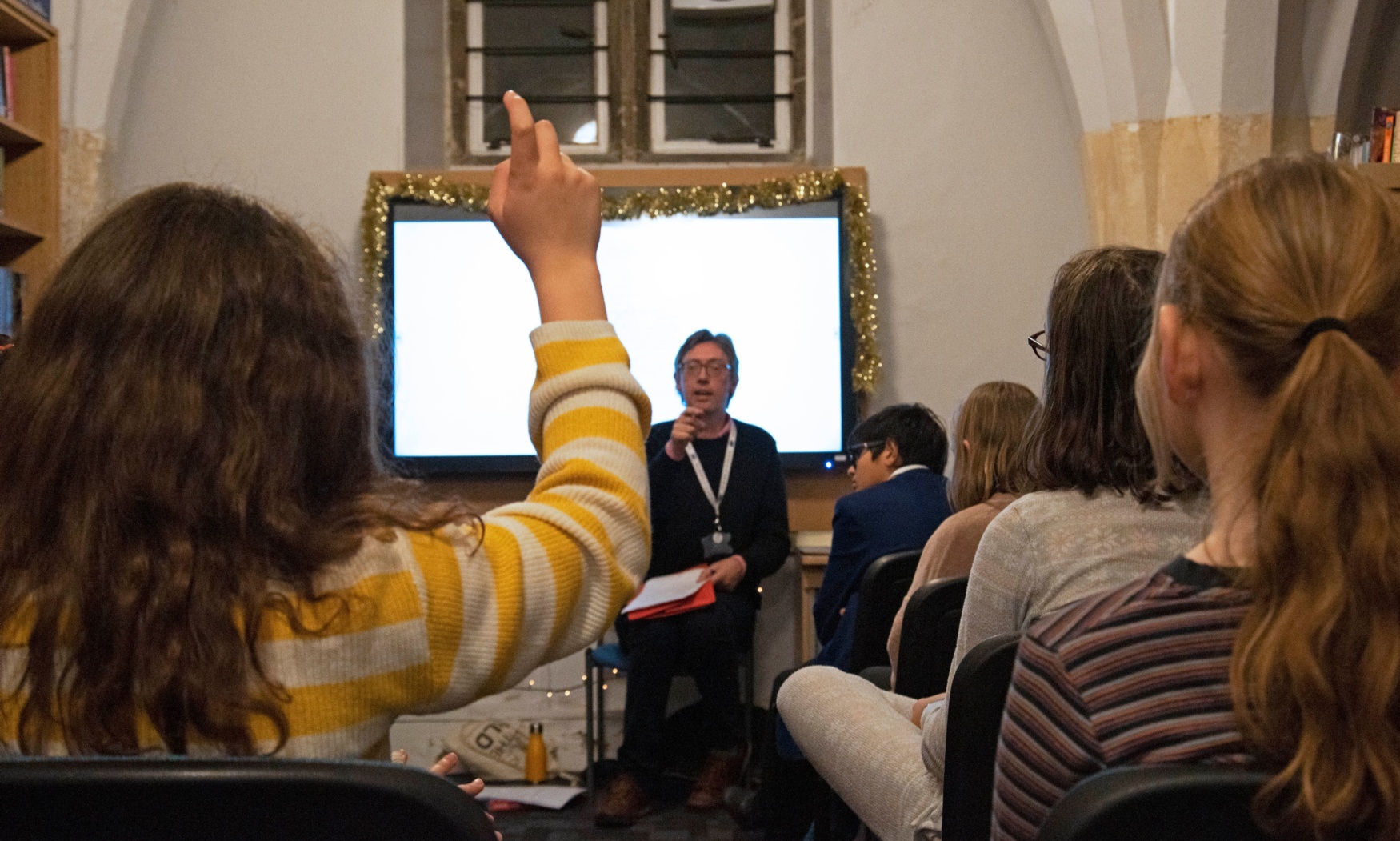