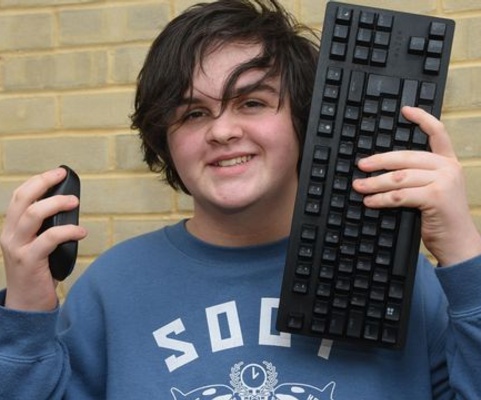 Lower 5 pupil Josh is giving something back to a charity which has helped change his outlook on life after he lost his dad and grandad in the space of two days.

Josh has been volunteering for the charity since it first supported him through one-to-one sessions and a residential weekend back in 2017. He is now a part of the charity's youth panel.

When Josh was 9 his dad Reuben died suddenly in February 2017 after being put on a sleep ventilator at the Queen Elizabeth Hospital in King's Lynn.

Josh has previous experience of taking part in a gaming marathon as part of a fundraiser for the Purfleet Trust homeless charity in King's Lynn back in November.

Having been inspired to organise his own event, which will also fit in with the volunteering section of the Bronze Duke of Edinburgh Award, Josh has started asking friends to sign up.

Those taking part are asked to livestream their gaming through Twitch, which lets you broadcast live. Alternatively, gamers can update people about their progress through social media.

Those interested in taking part can set up a fundraising page and link it to https://uk.virginmoneygiving.com/charity-web/charity/displayCharityCampaignPage.action?charityCampaignUrl=gamingmarathon21

Alternatively, those interested in more details can email Gamingmarathon21@gmail.com to be sent instructions and suggestions to make their gaming marathon a success.