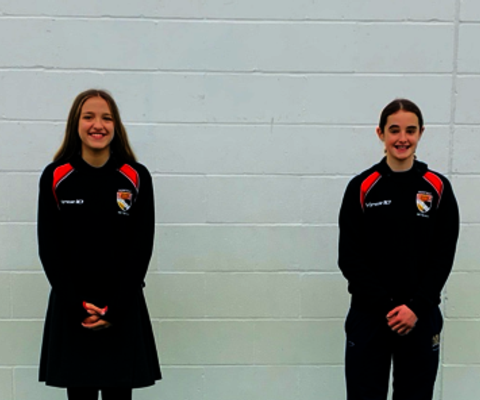 Over the half-term break, Norwich School pupils have had some fantastic individual sporting successes.

Lewis Reeder has been selected to The Emerging Players Programme which is a forerunner to the England Cricket Board’s Player Pathway.

India Fox, Sam Reynolds, Mia Sexton, Enoch Uthayarajan have all been selected to the Centre of Excellence programme.

All five pupils were selected on the back of consistent performances for club and county sides often playing above and excelling in older age group sides.

Over half-term a number of Norwich School Pupils took part in the Norfolk Netball screening which is part of the England Netball performance pathway. The trials took place over two weekends for school years 5-10 at the Sportspark at the University of East Anglia.

Congratulations to the following pupils who have secured a place for the 2020/21 season.

Three of our senior hockey players (Joe Roy, James Cross and Mia Bartram) were invited to trial for the England U16 and U18s national squads. This is a significant individual achievement for all three pupils as well as being a strong reflection of the hockey programme available at Norwich School.

There are another five Norwich School pupils in the England Hockey Performance Centre, which is the step before England selection.

Jake Garside took part in an England U18 Training Camp at Bisham Abbey in late October. The squad featured the top 24 players nationally with the aim for all players selected in the international fixtures next March.

Congratulations to all the pupils on their sporting achievements.