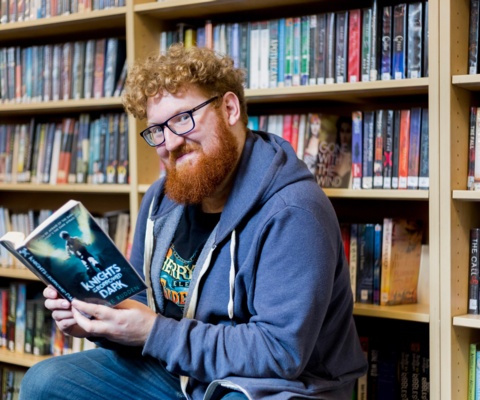 Dave Rudden, author of the Knights of the Borrowed Dark trilogy, visited Norwich School on Monday 19th November, to speak to Lower 5 about his books and the creative writing process.

Dave’s initial presentation was lively and full of anecdotes and personal histories. His key message was that everyone can write, that writing is a muscle that needs exercising, and he urged everyone to keep trying and not give up when they found it difficult. He offered a number of tips for creative writing:

Lots of people think that they “can’t write” because they believe that they don’t have any ideas. Dave gave some amusing examples of where his inspiration had come from, including friends and family, childhood experiences, TV shows, and even sitting at home feeling scared because you heard a noise that you can’t identify.

When stuck for ideas, Dave’s suggestion was to ask questions. By being curious about your character and story you can develop these quite naturally: what magical powers does your character have, was their childhood happy or unhappy, what they would do in a particular situation, etc. From these questions your characters and your plot will build themselves up and the curiosity that you have will be the key to pushing forward with your writing.

Dave gave some examples of words that he loves, Irish words, brilliant words, and made-up words that should be real. He also described how he uses words carefully to conjure up images, and talked of the scrutiny that his books undergo from editors.

Dave described the process of writing, proofing, editing, and correcting – and then repeating the process, and explained how this is the approach that all writers take. He talked of the many re-drafts of his books, and how the descriptions become more and more spare each time.

The writing task set for L5 was particularly exciting. Classes broke up into groups of 8, each becoming a TV writers’ room for the morning and each was assigned the task of creating a ten-episode season of a television show. The groups nominated a head writer but everyone was responsible for maintaining the continuity episode to episode and following the overall story arc throughout the season.

Some fantastic work was produced. Five groups had the opportunity to present their ideas to the year group and a winner and runners up were chosen by the author, who was at pains to point out that all of the ideas he had seen throughout the writing session were full of brilliant ideas and bursting with imagination.

Jarrold books were on hand to sell copies of the Knights of the Borrowed Dark series and Dave’s latest book, Dr Who: Twelve angels weeping, and Dave signed lots of copies for some very enthusiastic pupils. 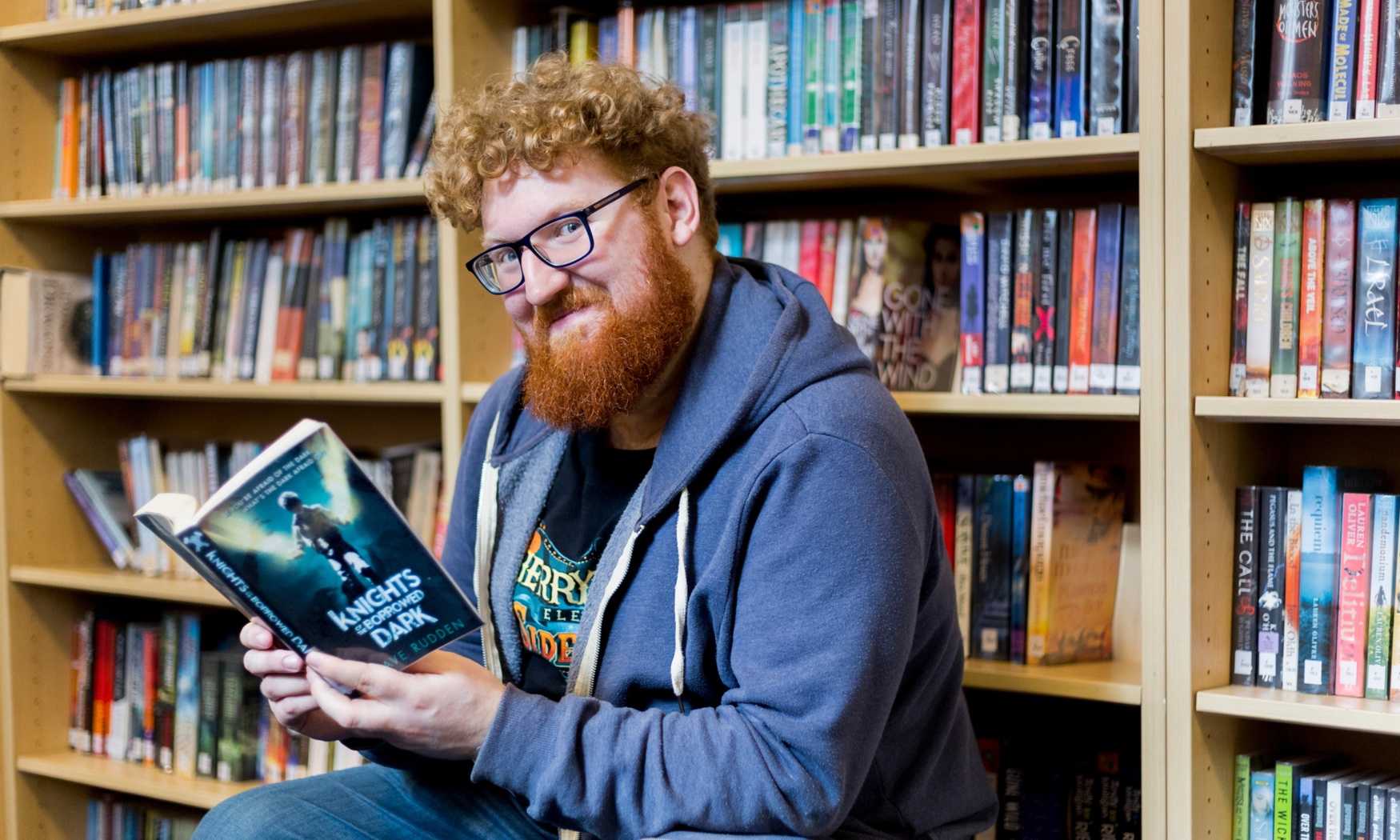 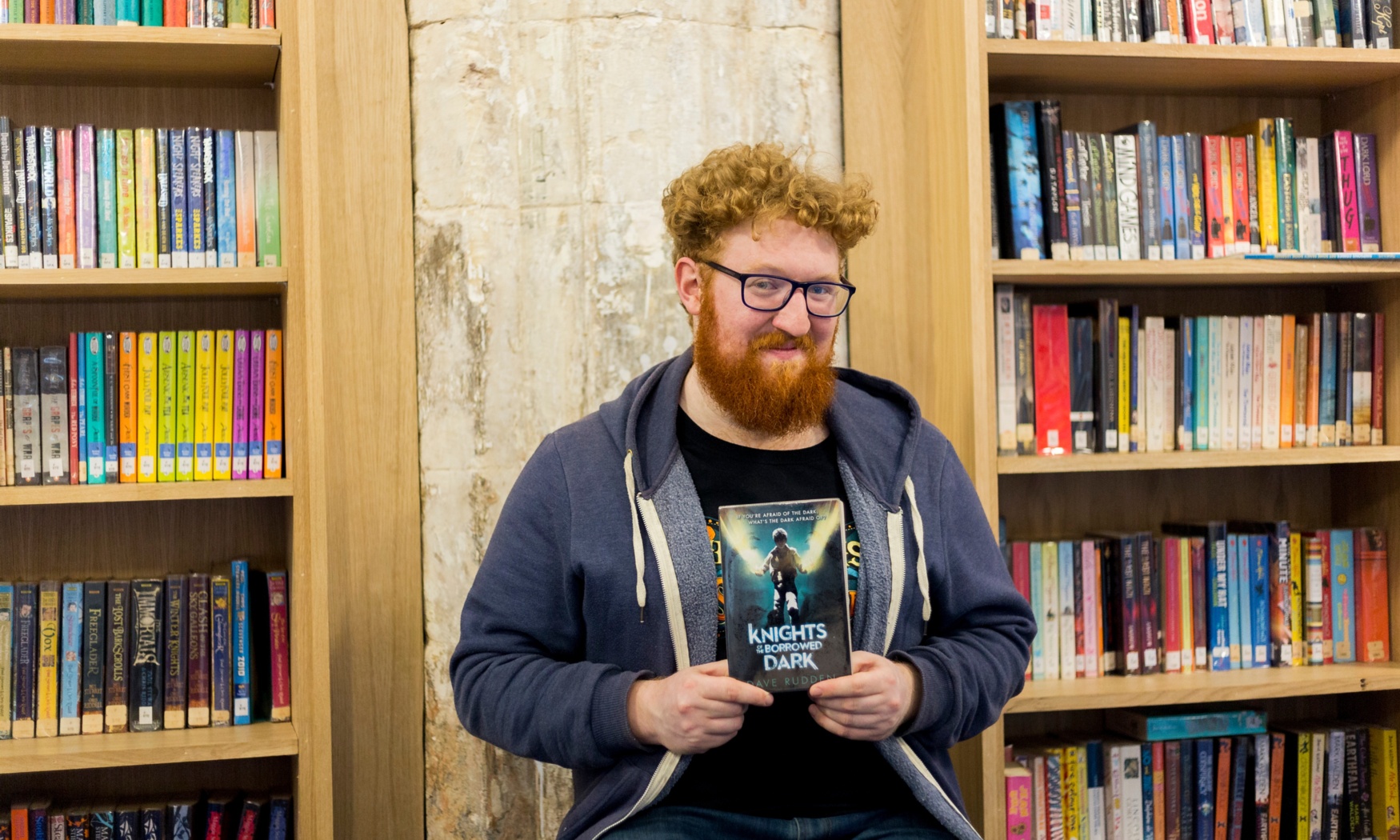 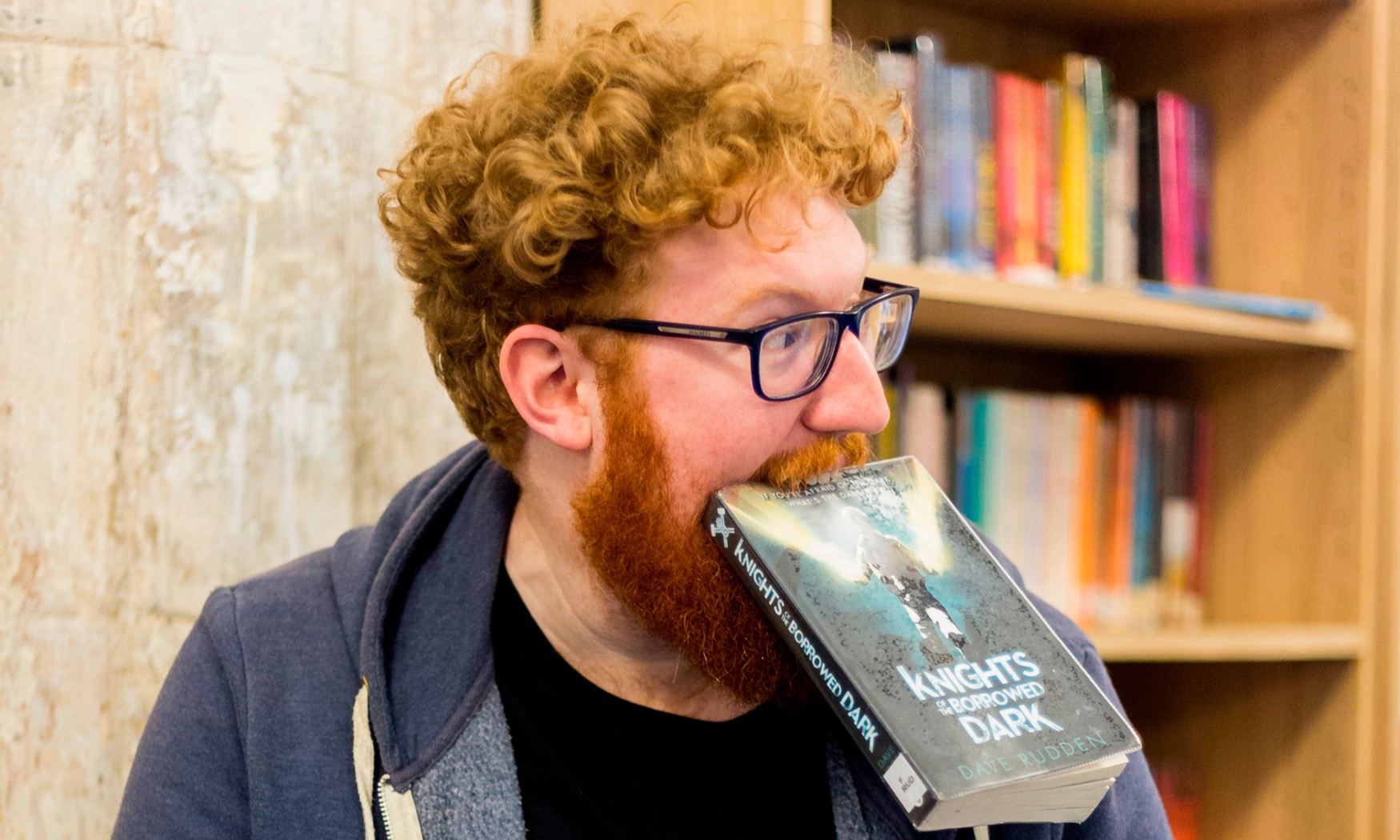 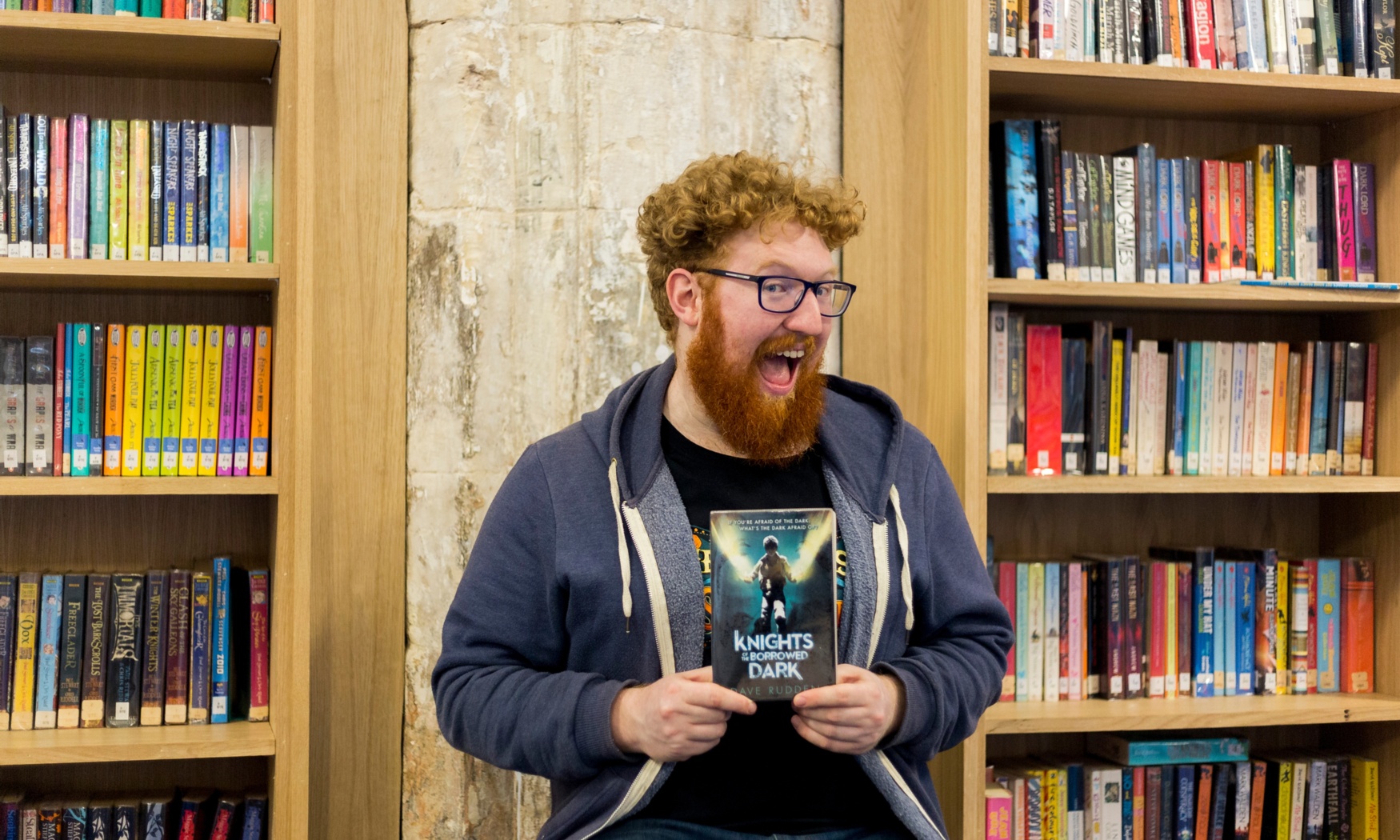 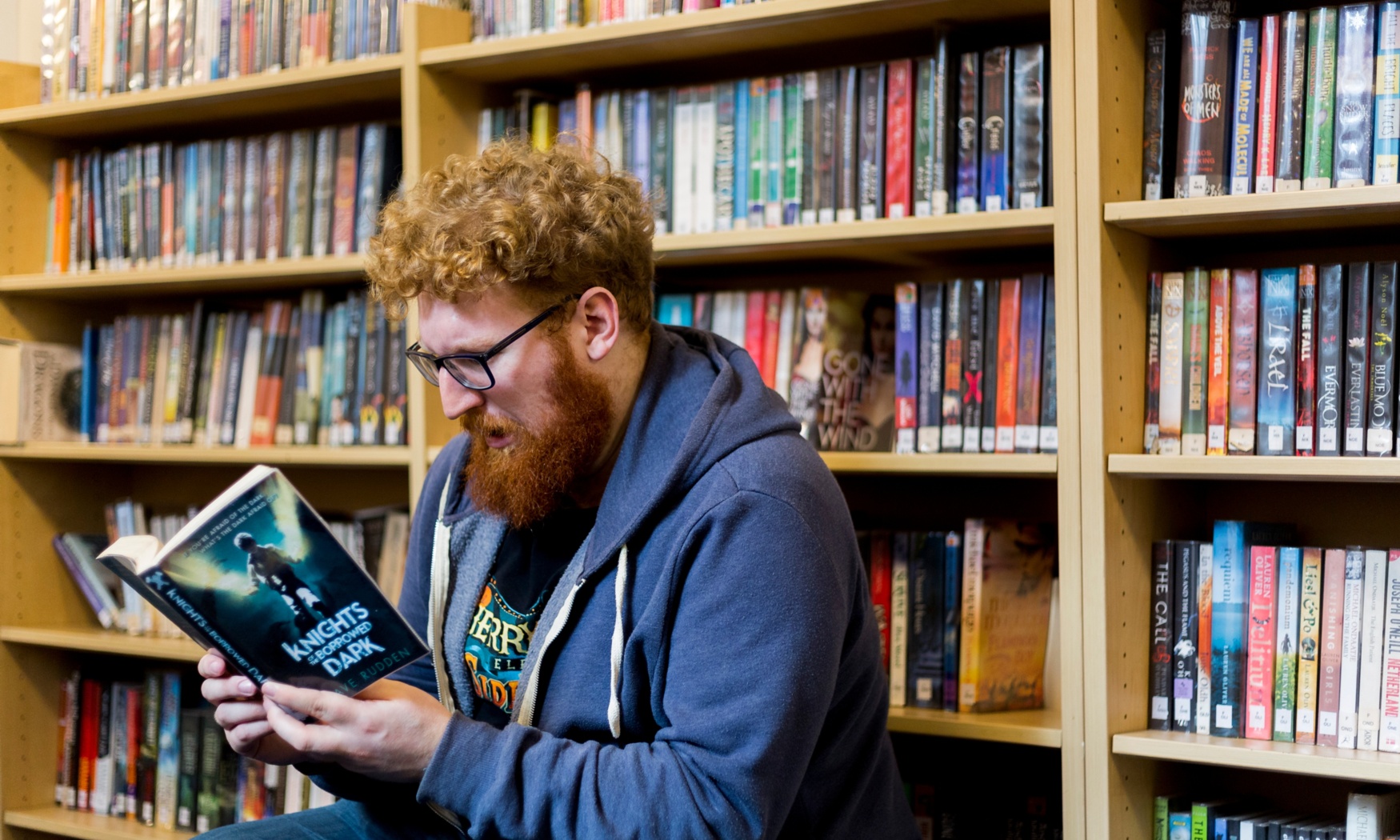