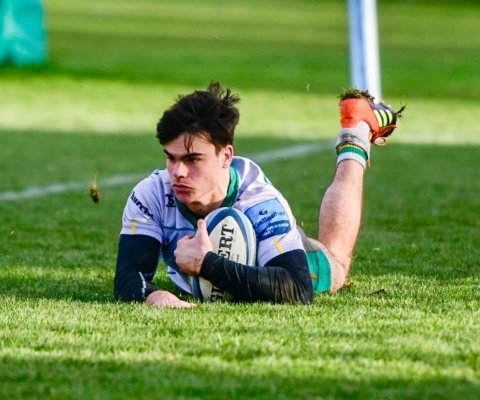 Congratulations to Dani Long-Martinez in U6 who has been selected to join the Northampton Saints Senior Academy for the 2020/21 season.

Dani will graduate from Northampton’s under-18 side and will begin work with the Club’s first-team squad from July.

Dani has been prolific in his time in the 1st XV scoring 21 in 29 appearances and his was an integral member of the 1st XV who over the last two years have won 23 from 29 games.

"It is a wonderful achievement for Dani who only joined the Northampton setup a year ago after his fine performances at the Rosslyn Park National School 7s in 2019, were noticed by the academy coaches. He had a stellar campaign with 1st XV this season, topping the try scoring charts with 14 including a fine chip and chase effort against the Perse, which was voted as 'Try of the Season' at the annual rugby dinner in January.

What has set Dani apart has been his dedication to improving his game, in particular working diligently at his core skills in his own time. This sets a fine example for other members of the Norwich School community who might have similar aspirations.

This wonderful announcement comes just a year after Freddie Steward earned his contract at Leicester Tigers."