Aspect Film Club have a brand new competition open to all years of the school called 'Sixty Second Filmmaking'.

The competition will be judged by a professional film company Eye Film and there will be a cash prize for each winning category.

For the past term Aspect Film Club have been focusing predominantly on capturing behind the scenes footage of the school musical We Will Rock You. They have produced a handful of short teaser trailers that you may have seen released on social media in the run up the We Will Rock You performance in November. With the 2D department now being part of the Carter building, Aspect Film Club have been able to start to tackle some more creative projects. The 'Sixty Second Filmmaking' competition is a starter to these.

Starting in the Lent term, Aspect Film Club will be organising regular meetings and workshops. These will be focusing on a number of different skills and projects related to film. These meetings and workshops will be scheduled on a weekly basis. Everyone is welcome and it is completely up to you which ones you attend.

For anyone interested in getting involved with Aspect this year, please email Nieve Gauvain or Miss McDonald-Bell as soon as possible. 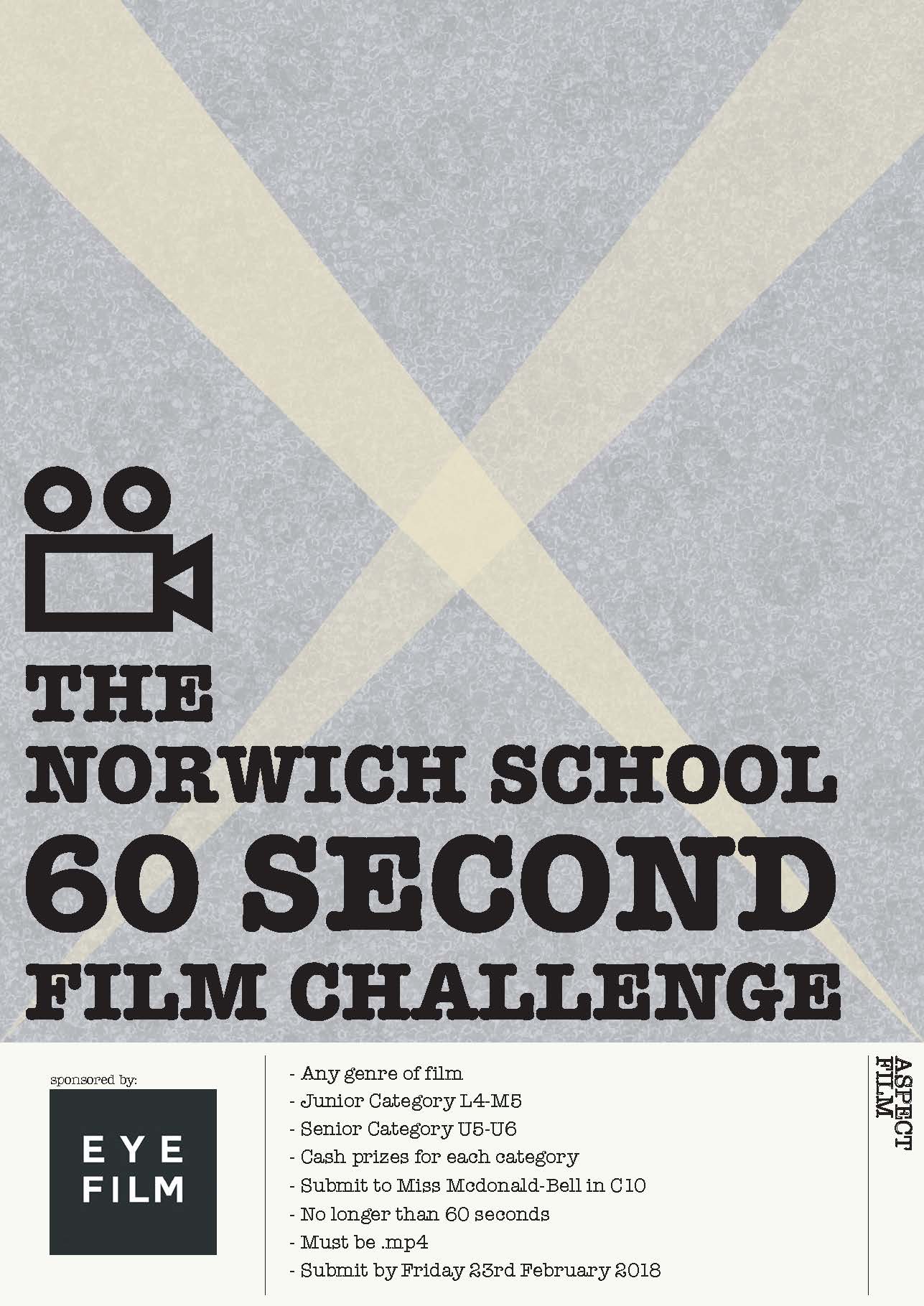