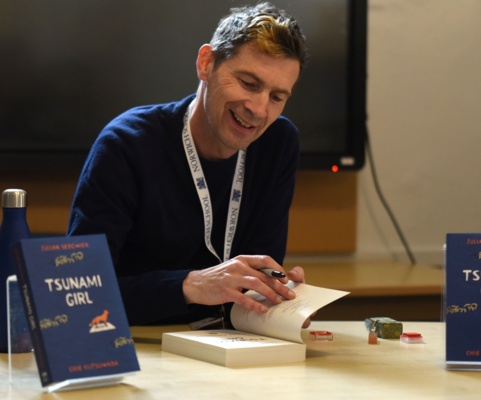 We were absolutely delighted to welcome our first visiting author on Friday since the Covid pandemic hit over a year ago.

Award winning author Julian Sedgwick spoke to Lower Four in the morning and Upper Four in the afternoon about his latest novel Tsunami Girl, set amidst the 2011 tsunami on the East coast of Japan.

Julian talked first about his own background and how it shaped his development into a writer. He spoke of his interest in Japan and China, as well as of the role that ghosts have played in his own life and in the lives of his characters.

In a country accustomed to and prepared for natural disasters, school pupils in Japan are drilled to respond to earthquakes, but it was the sheer force of the 2011 quake, and the tsunami that followed, that caused such devastation. Julian’s talk was brought to life with some poignant footage – both professional and amateur – taken whilst the earthquake and the tsunami were happening.

Julian posed the question How do we cope with disaster? And explained that for him the answer lies in telling stories, which is exactly what he does in Tsunami Girl. He visited the region near the Fukishima nuclear plant in 2018 and 2019 in order to research the book, and his talk showed in great detail the ways in which local people responded at the time and in the aftermath. He spoke about the bravery, determination, and imagination of the people who returned to the deserted towns to resume and re-build their lives following the quake of 2011. His respect and admiration for the people of Odaka was obvious, and the book is dedicated to them.

The novel is part prose and part manga, and pupils were treated to a short video of the book’s illustrator drawing one of the manga images, while Julian read an excerpt from the start of the story, introducing the main character Yuki, just at the point when the earthquake hits.

The session finished with some sword-juggling (as metaphor!) and pupils were able to buy a copy of the book – provided by Jarrolds - and have it signed by the author. 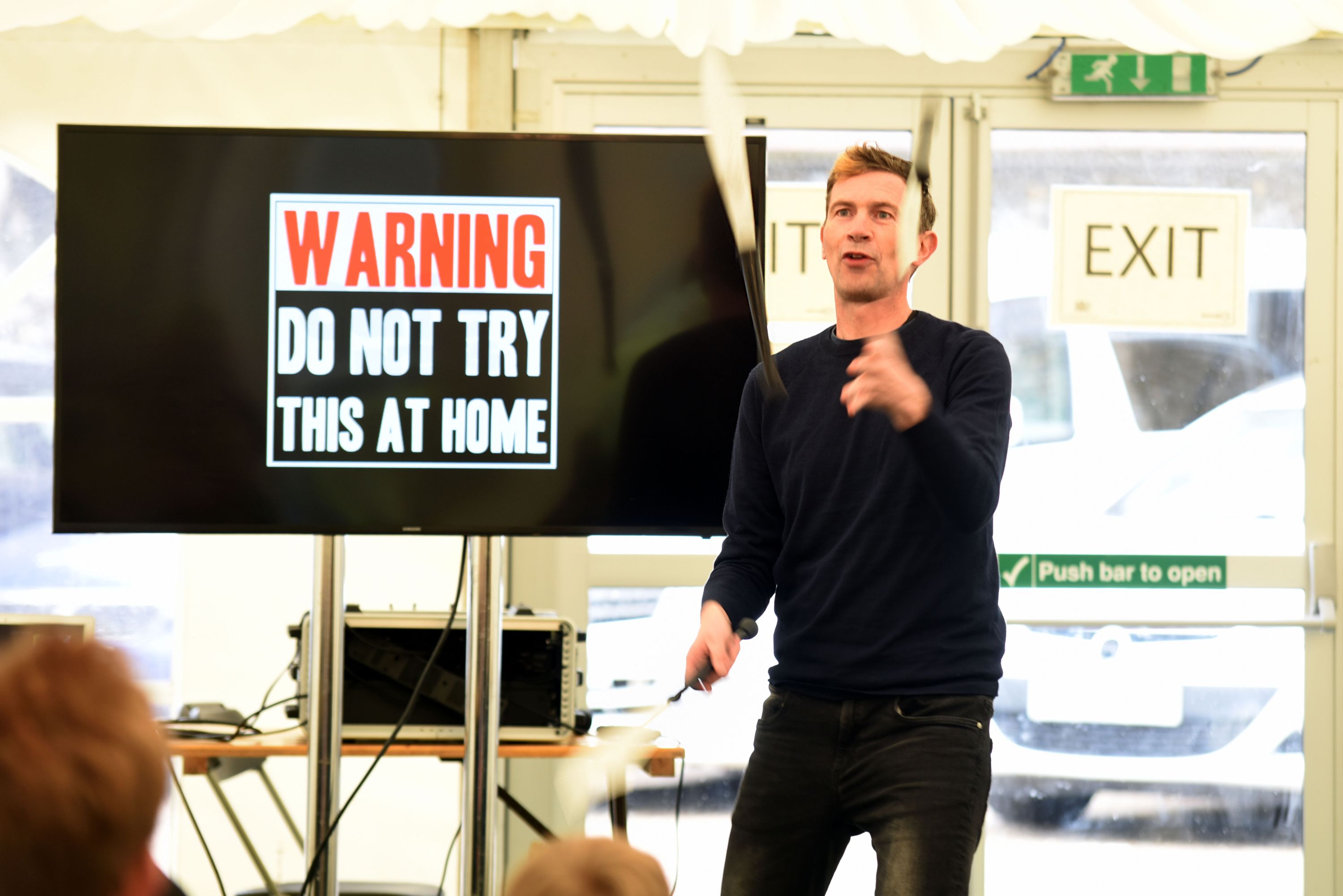