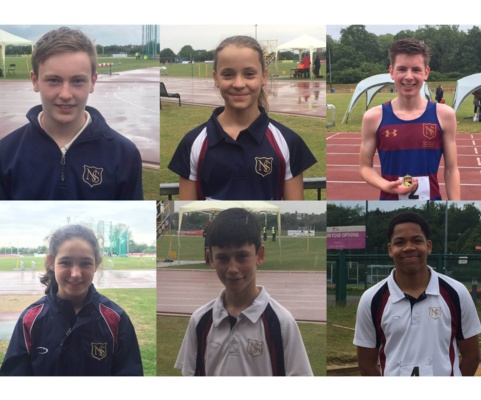 The school's elite athletes have had a busy few days, with the East Prep Schools Championships in Bedford on Friday, followed by the Norfolk Schools Championships at UEA on Saturday. In Bedford, the junior athletes had to cope with adverse weather conditions which saw some events cancelled, but this didn't stop them recording our best ever set of results, with 3 wins, and 4 athletes qualifying for 6 different events at the national finals.

Isabelle Mardle set the ball rolling by winning the 70m hurdles in a new record time of 11.3 seconds. Isabelle is the first ever Norwich School pupil to appear in the East records, and the previous record of 11.7 was the oldest girls record at this competition, having stood since the last century. Isabelle then gave us a scare by recording 2 fouls in the long jump but managed 4m45 in the final round to win by 1cm.

Next, it was over to the distance runners. Daniel Conway had come 6th in the 1500m last year but showed the benefit of all his winter training by improving to 2nd place this year, breaking the 5 minute barriers for the first time in the process. Madison Kelly had missed last year through injury, but made up for the lost time by winning the 800m in a time of 2:24, and then also securing 2nd place in the 200m with 28.9.

In the 100m, Zak Jones won his heat by the narrowest of margins and was given the same time as the runner up. It was at this point that the heavens opened and the track program was suspended for a while. Upon the resumption, it was decided to dispense with the finals, and decide the overall result on the basis of times from the heats. After a nervous wait, it was confirmed that Zak's time of 12.9s was the second fastest of the day, and Zak would be joining Izzy, Daniel and Madison at the national finals.

At UEA on Saturday, the weather was even worse, but there was more success to report. In second place was Steven Denby in the senior 800, Will Waller in the junior shot and Jared Ikazoboh in the junior long jump. We also had 3 winners. Ann Kalu successfully defended her junior 100m title, and James Price won his first county title in the 3000m. Top billing once again goes to Madison Kelly, who was again taking on the unlikely double of 800m and 200m. Seemingly not troubled by having 5 hard races in little over 24 hours, Madison produced 2 amazing finishes to win both races against girls in the year above. Madison and the others must now await news from the county selectors to see if their performances have earnt them a place at the English School Championships.

Well done to all the athletes for competing so well in adverse conditions over both days. 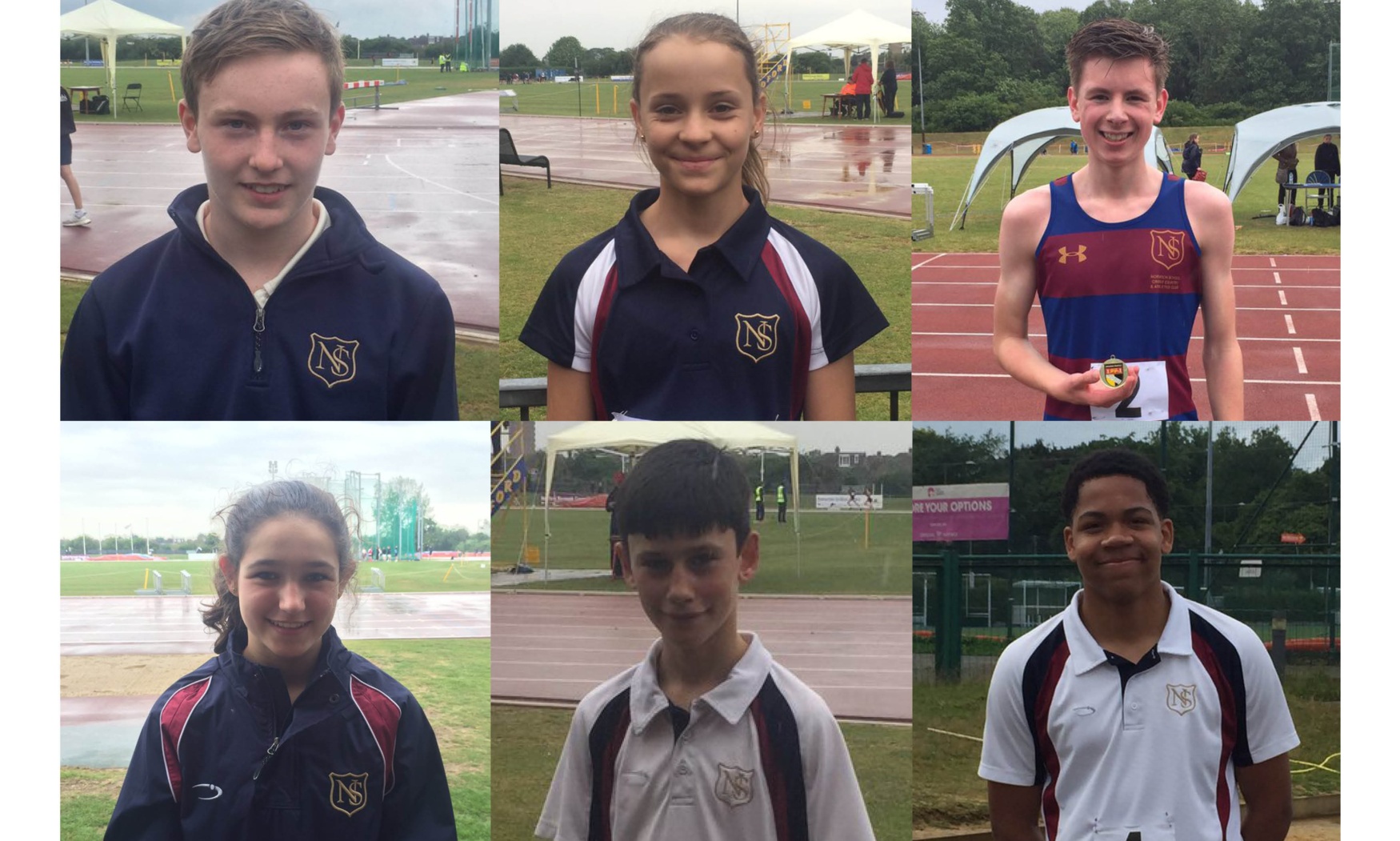 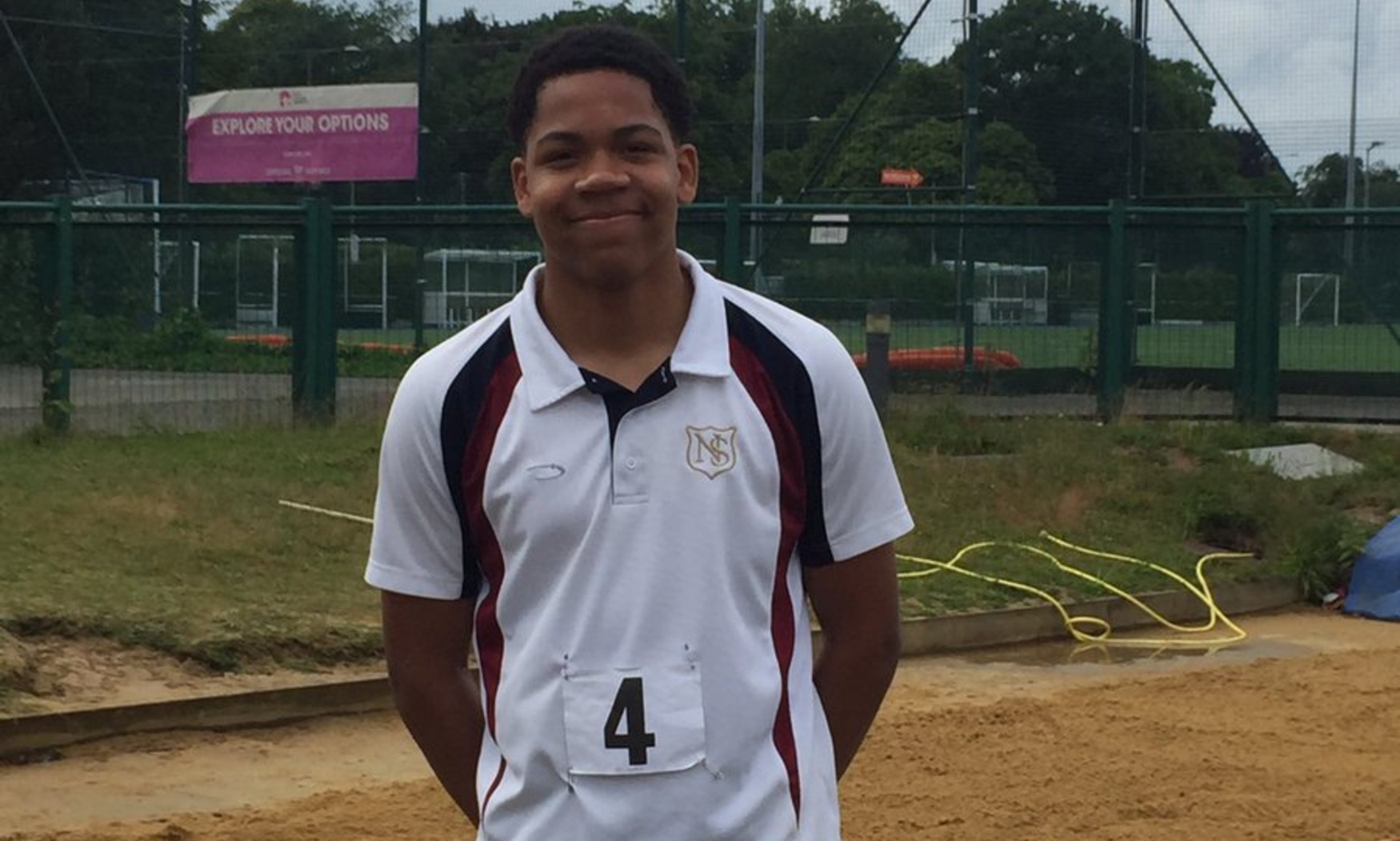 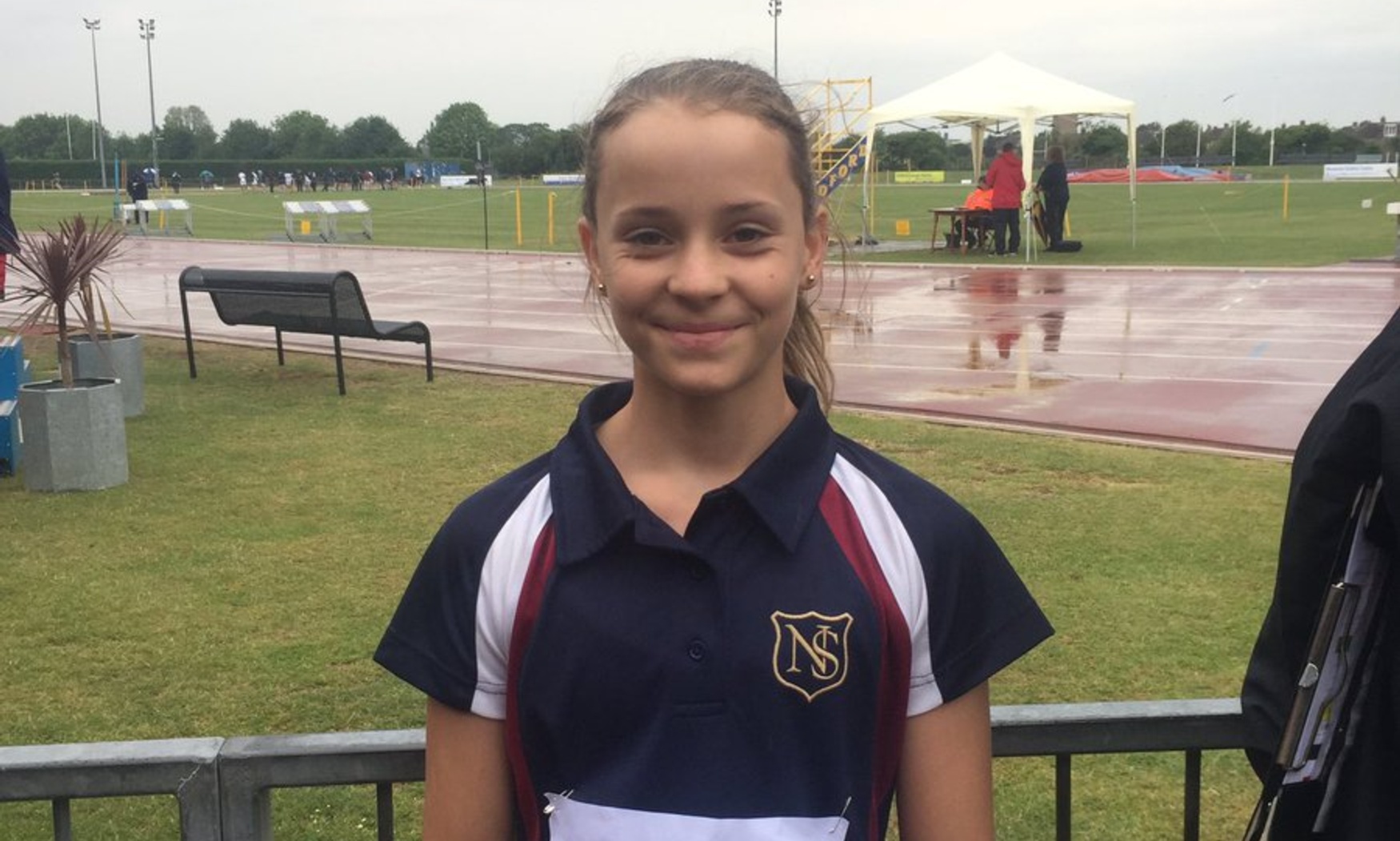 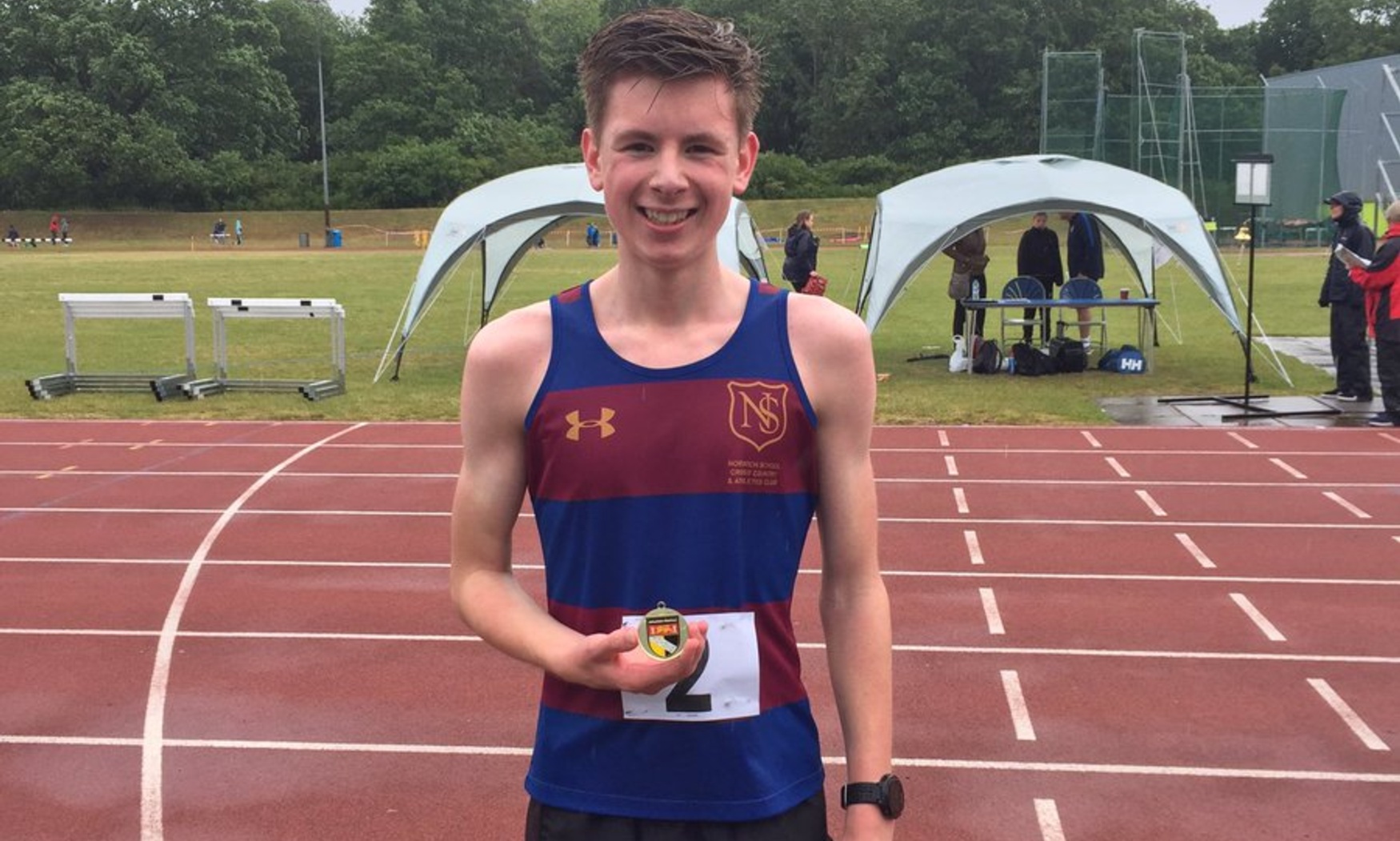 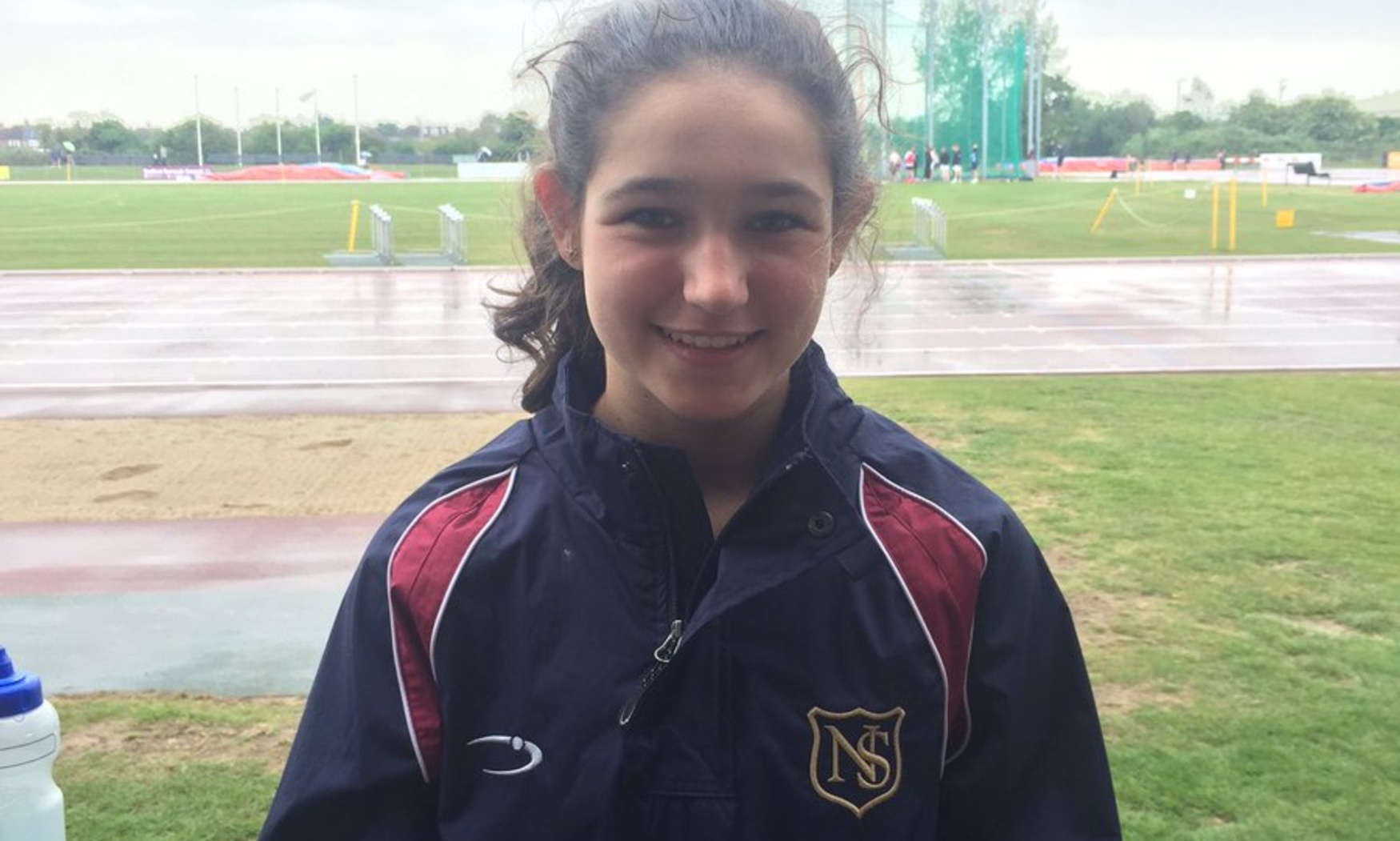 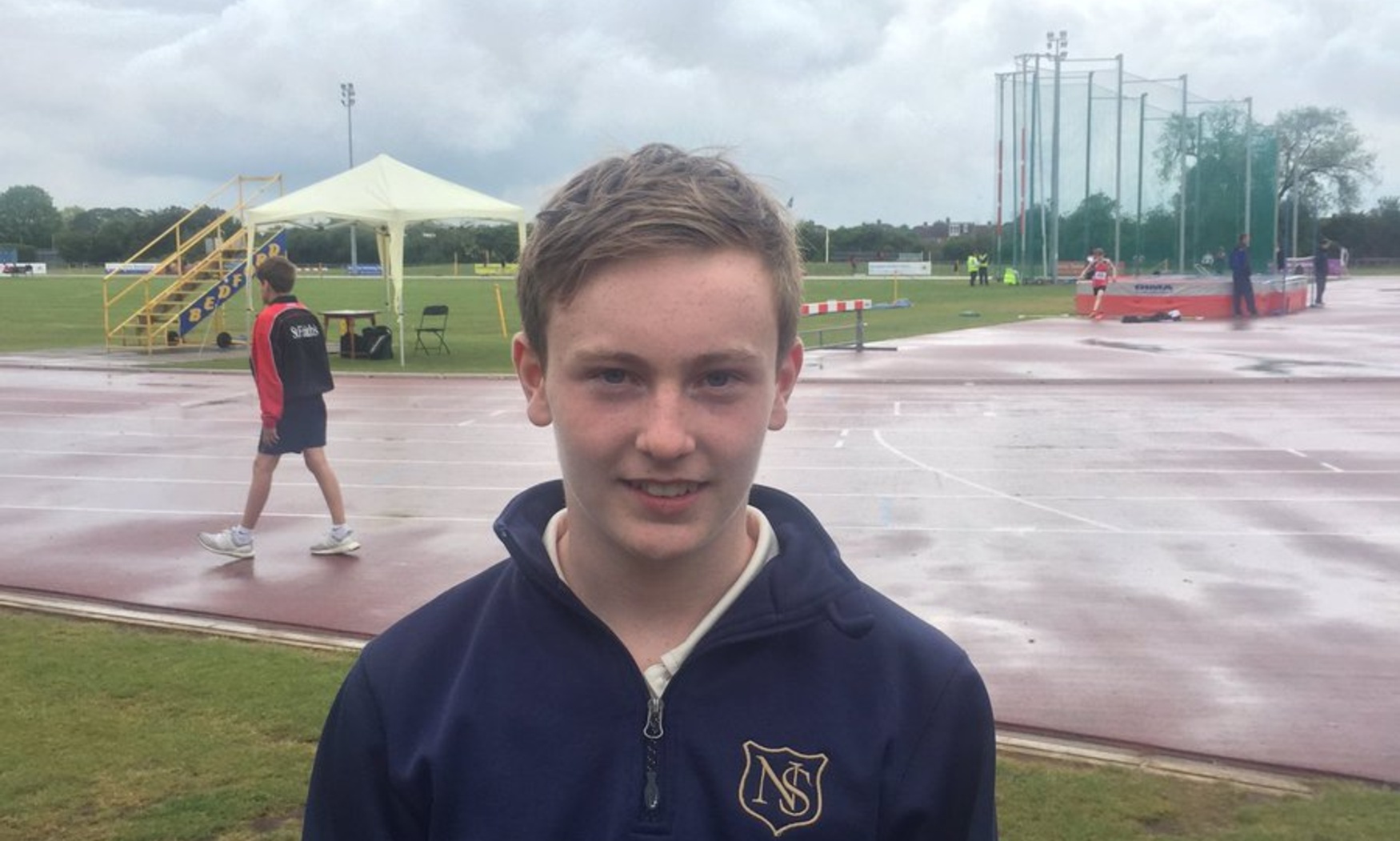 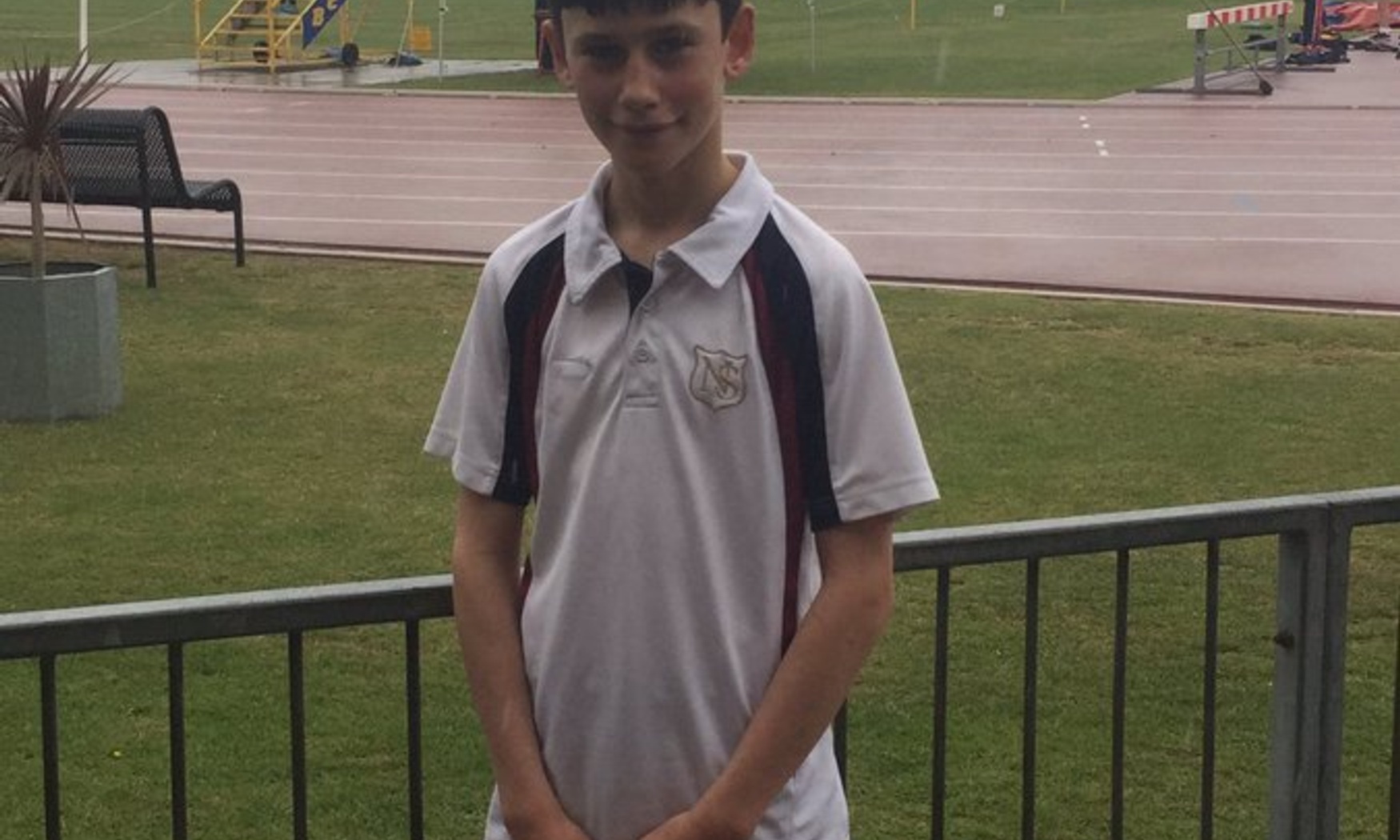