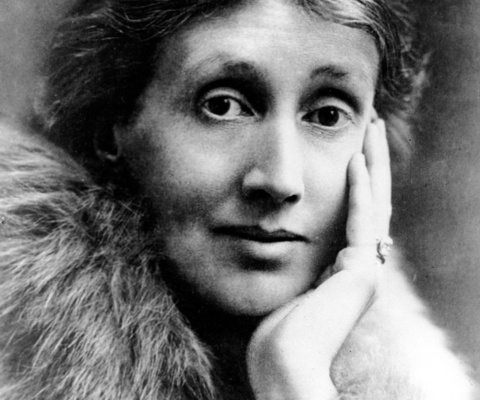 Continuing our series on inspirational women from throughout history for Women's History Month, Tabitha Albery (M5) writes about the monumental impact that writer Virginia Woolf had on literature.

In 1941, Virginia Woolf walked into the River Ouse, with stones in her pockets, and took her own life. Since the age of thirteen, she had slipped in and out of depression. Her mother’s death in 1895, followed shortly by her half sister’s and then in 1904 the death of her father sent Woolf into a nervous breakdown. Her depression resulted in the continuing belief that she was unloved by both her sister and husband, and that she had failed in life as a writer and as a woman. Today, eighty years after her death, Virginia Woolf is considered to be one of the most prominent feminist authors of all time.

Virginia Woolf’s extensive legacy is shown through her continual influence over authors and readers alike. Her experimental style allowed her to explore the questions she so frequently pondered throughout her life and to venture into topics such as feminism and homosexuality, ideas that were little talked about in her time. The relatively new style that Woolf adopted in writing To The Lighthouse and Mrs Dalloway, arguably her two most famous books, continue to have far more impact in today’s world than she could ever have imagined. This relatively new style had only been used before in a more traditional fashion, the most notable example being Ulysses by James Joyce. Often confused with the use of internal monologue, it is most simply a method by which the author expresses the idea of thinking aloud. Thus allowing the reader to develop a sense of intimacy with the character, and giving an insight into Woolf’s opinion of the world she lived in, most importantly from a feminist standpoint.

Not only known for her writing, Virginia Woolf, along with her sister co founded the Bloomsbury Group, home to the “intellectual aristocracy” of their time. The group met on Thursdays, first at the home that Woolf shared with her sister, Vanessa Bell, in London and later at the country homes of both Bell and Woolf. The original ten members referred to as “old Bloomsbury” included Roger Fry, E. M. Forster, Duncan Grant, John Maynard Keynes, Desmond MacCarthy and Lytton Strachey. Woolf’s husband, Leonard Woolf, and her sister’s husband, Clive Bell, were also part of the original ten. The members themselves described it as “a number of like-minded friends living in a particular area of London and involved mainly with the arts and politics”. The group was greatly influenced by the philosopher Henry Moore, rejecting the ethics of their parents focused around the idea of bourgeois. Though some criticise the actual work of the group claiming that they took “themselves far more seriously than their work justifies”, it is clear in the thirty years that the Bloomsbury Group existed, their influence on art, literature and creativity was great enough to last throughout the 20th Century. Their members were among the first in England to paint exclusively abstract pieces. Certain members of the group were  acquainted with such artists as Picasso and writers including Jean Cocteau. The influence the group had on literature was mainly down to Woolf and her husband. Together in 1917, they set up the Hogarth Press, named after their house in Richmond. The company provided an escape from the pressures of writing. Not only did it publish her own work, but also work from the likes of T.S. Elliot, E.M. Forster, Katherine Mansfield and later the translated writing of Sigmund Freud.

It is clear today that Woolf’s considerable influence stretches across the world of literature, feminism and intellect. In all of her books, Woolf comments on the social expectations of women of her time and challenges the stereotypical view of a woman’s role. Her work greatly influenced the feminist movements of the 1970s. Notably her book A Room of One’s Own, in which she explores the idea of how much more women could have accomplished in a world where they had access to both financial and social freedom. Her modernist style of writing, which often changed with every novel, allowed her to challenge the nature of human perception. In spite of this, her novels contain a postmodern awareness of the impermanence of the subjects she often explores. It is clear that her method of analysing and sometimes criticising what was then and still is a rapidly changing and developing world is what allows Virginia Woolf’s writing and opinions to still be relevant today.

Despite the influence she had within the Bloomsbury Group and her many books and essays, Woolf suffered with depression for her whole life. Scared that her husband, a Jew, would be killed by Nazis due to the war and feeling that she would soon have to suffer through another breakdown, Virginia Woolf ended her life on the 28th March 1941. Even though Woolf has in time come to be seen as one of the most important feminist and modernist writers of all time, she was also greatly respected during her life. She was at the very centre of English literary culture and T.S. Eliot wrote in her obituary that without her contribution “it would have remained formless or marginal”. Without Virginia Woolf, it is very clear that the course of 20th century literature would have been very different.

“With the death of Virginia Woolf, a whole pattern of culture was broken” – T.S. Eliot