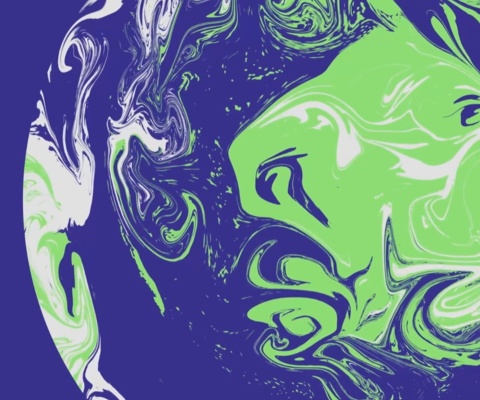 As part of COP 26, the 2021 United Nations Climate Change Conference which aims to secure global net zero by mid-century, Green Group ran a week focused on climate change which began on Monday 8th November. Green Group members Laura Garrod (U6) and Issy Cutts (U6) have written about the highlights from the week and their upcoming plans:

We were so excited to host a week of informative and inspiring events including a rare opportunity to hear from Jeff Price, Associate Professor for Biodiversity and Rachel Warren, Professor of Global Climate Change. Professor Price leads major projects to assess and predict the impact of climate change on the planet’s animals and plants, identifying areas of the world that are most resilient to the impacts of climate change and drawing up priorities for an increased focus on conservation efforts in those areas. Whilst Professor Warren was the Lead Author of the 4th Assessment of the Intergovernmental Panel on Climate Change, which was awarded the Nobel Peace Prize in 2007.  She was Coordinating Lead Author of the 5th Assessment in 2014 and is presently Lead Author of the 6th Assessment. Rachel was also Lead Author of the recent IPCC Special Report on 1.5°C warming and has produced over 80 peer reviewed publications and over 40 scientific reports to government departments on the challenges of climate change.

Throughout the day they led sessions including a talk from Professor Warren in which she spoke to STEMM and geography students about her career as a female scientist. They also adjudicated a debate on Tuesday evening in the Chapel, titled ‘This house believes the state needs to play a greater role in the fight against climate change’. Led by the debating team both sides put forward well researched arguments but ultimately the professors were most persuaded by the proposition. The evening proved to be a great success and we are looking forward to organising more in the future. We also held a bake sale at Friday break in the refectory which raised £138.50 the Woodland trust. We were delighted at how well attended the event was with all our bakes selling out!

During our next meeting, we will be hearing from David Clover about his proposed “REEBA” web platform to allow the sharing of toys, books, tools and more within the school community and beyond.

Green Group are now looking forward to the up-coming scrutiny committee on the 25th November in the Chapel at 4:15 pm. This will include a panel of Darren Fitzpatrick, General Manager of Thomas Franks Catering, Paul Wishart, Estates Manager, and Nicole Reynolds, Deputy Bursar, who will be questioned on issues regarding the sustainability of the school. This will then be followed by a whole school audit around future sustainability.

Future green group initiatives that we are also exploring this year include carbon off-setting school trips and events to mark Earth Day such as a plant sale. We were very privileged to have both Professor Price and Professor Warren visit the school and also wanted to thank the Refectory Staff for accommodating and helping out with the bake sale as well as the debating team for all their hard work.