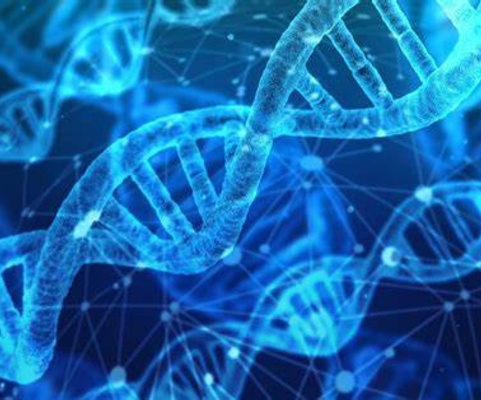 In this blog series we are taking a look at some of the future routes our pupils are taking. From GCSE pupils to ONs, we hear about where Norwich School is taking them.

In this 'Spotlight On', we are focusing on STEM subjects, and hearing from pupils and alumni who have a passion for the subjects.

This blog is by Mirha Kashif in Lower 6, who has just completed her GCSEs. This year she will be studying Maths, Further Maths, Chemistry and Physics at A Level.

Why Study Science, by Mirha Kashif

"Why study science? Why indulge in STEM?

The answer is simple: the reason you are here reading this is due to science.

A radioactive process of the fusion of hydrogen atoms into helium in our sun: physics. The elements of earth proceeding to provide us with organic molecules: chemistry. Then from bacterium to homo sapien in a monophyletic radiation: biology.

Your interpreting the words inscribed here relies on electric signals transmitted from your fovea to occipital lobe. We are a result of science. To not regard the fundamental processes that brought us here is to look upon human beings without context. We are far more intriguing and special than perhaps geography or history or Spanish can distinguish. Only science can indicate how spectacular the trivialities we know are, only science can intricate our consciousness to derive from unconsciousness.

Not only is science (from the direct root in Latin, sciens, ‘knowing’) a basis for arts, philosophy, trade, reminiscence and reflection, it is also the epitome of human curiosity. To engage with the world around us, understand it, coordinate it, perhaps even implicate control over aspects of it, that is what evolution taught us to do. To survive. And to survive we’ve had to think. And whilst we’ve been thinking we realised there is an order to the things around us. There is meaning to the supposed meaningless.

However, the deeper you delve into the subject, the more you realise there is still quite a bit we do not know. We must explore the horizons of our understanding and knowledge to develop not just an appreciation of the universe that contains us, but also an awareness of our role and influence within it.

I have been able to participate in the Physics Olympiad, to be involved with two inter-school physics competitions, the UK maths challenge, a maths masterclass course, the after-school chemistry club which involved composing miniature cars powered by electrolysis, pioneering a pre-med society and, of course, GCSEs and the lessons that were the antecedents of my interest in the subjects.

I can’t wait for what Sixth Form has to offer! I am sure I will thoroughly enjoy broadening my knowledge and my capacity to learn.

To conclude, science is the subject that encompasses it all and has provoked the uprise or development of many others: history, religion, philosophy, geography, politics to name a few. My favourite reason to study science is simply that it is a subject that relies on the notion that failure is a step to success, rather than the end of it. It incorporates not just wit and insight but deliberation, determination and drive. What other human pursuit can truly claim to do the same?

17.01.22 We Learn From Isabella Kirby About What She Is Working On Towards Her Youth STEMM Award
Academic
04.01.22 Oli Clarke Recommends the Trafalgar Society
Academic Clubs and Societies
21.12.21 A-level Spanish trip to London's British Film Institute
Academic