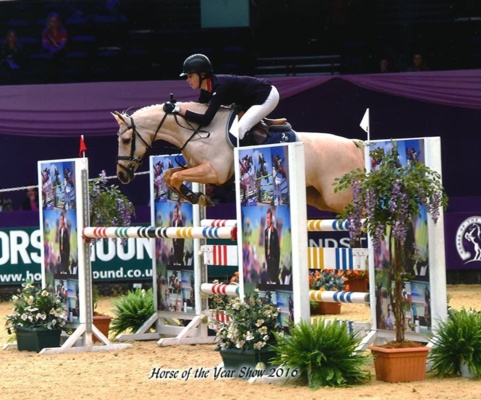 As written by India Bussey (U5V) and featured in the EDP. India discusses her first appearance at the Horse of the Year Show and her continued development with the YNSA. Young Norfolk Sports Academy is an initiative led by Norwich School to enable young athletes in Norfolk to maximise their potential.

I, along with thousands of other children, had always dreamt of competing at Horse of the Year Show (HOYS) - known as 'the World's Most Famous Horse Show'. It is such an iconic venue, and the atmosphere is unmatched, no wonder it's a goal for so many. But, as discussed at our last YNSA meeting - Goal Setting - it is not enough just to have a goal, but you have to have the motive, structure and mind-set to achieve it. You have to be working harder than everyone else, wanting it more and doing extra all the time. And if you are not, how can you expect to do well? But of course, especially in equestrian sports, you have several ups and downs. Working with horses is not easy, and takes so much dedication; you are not just taking care of one athlete, but two! You have to develop a partnership with an animal which speaks a different language and a mind of its own, and that can be tough, mentally and physically. The hashtag #twohearts - used on social media through the Olympic equestrian events this summer - was a super way of expressing this; you and your horse, team mates. The psychology lectures through the YNSA have really benefitted my mind set: how to work through difficulty, learn from mistakes and build on disappointments. However, my HOYS debut was an incredible experience and one of the most amazing feelings for me; it's the highs which make the lows more bearable. Walking through the famous purple curtains for the first time and to come out jumping a double clear to come 4th with the pony Ranchwood Latte really was a dream come true! For me, it is these experiences - Hoys and the Europeans etc - which motivate me to work harder and keep improving as a rider, because this is what I want to do. This year for me has consisted of some incredible highs, but also some heart-breaking disappointments as well, recently losing my newest member of the team - Silver. It is here I would like to take this opportunity to thank everyone who has supported me throughout my journey so far. The YNSA has been a huge help to be able to talk to other athletes facing similar challenges, and the support team at home, Wodehouse Stud, my parents, my sponsors and owners, without which none of this would be possible.