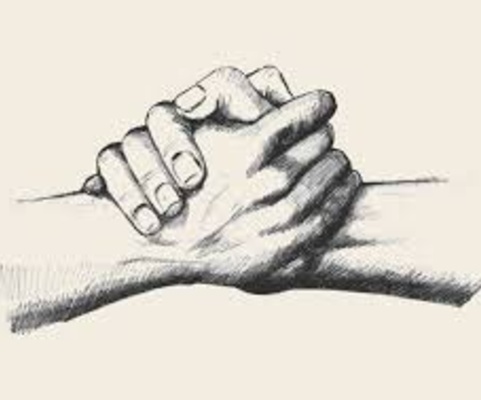 Rev Child: A lesson in how much we all need each other

This blog is taken from Rev Child's opinion piece in the EDP in February 2021. It is a message that was also shared with pupils through his address in Friday Assembly.

"The first Christians had a way of describing themselves that we know about from letters they wrote to each other (and which are now in the New Testament). It was this: they were all one body. Perhaps they lived in different places, spoke different languages, practised different trades, saw the world through different eyes; but they still belonged to each other, needed each other even. St Paul put it like this in one of his letters: “If the whole body were an eye, where would the sense of hearing be? If the whole body were an ear, where would the sense of smell be? But in fact God has placed the parts in the body, every one of them, just as he wanted them to be.”

I’ve had various moments during the pandemic where I have found myself deeply grateful for what other people have done. Usually these other people don’t know me, and (unless they are reading this article) will never know how much they helped. One example: going into a supermarket a few days after reported shortages of loo roll, only to find the shelves full of this rather important commodity, a testimony to the heroic hard work of a distribution manager somewhere. Another example: tuning into some mood-lifting evening comedy, and marvelling how TV companies have made their studios Covid-secure and kept their shows going. A further example: finding the tedium of lockdown weekends tempered by a wide choice of sports to keep up with.

Before Covid, I thought that rugby players, comedians, and actors were talented, admirable, even inspiring people. I didn’t think I needed them though; life was entertaining with them around, but I could take them or leave them. As for supermarket distribution managers, I didn’t think about them very much at all. But during lockdown, people doing what they’re good at – whether it’s keeping us supplied or keeping us smiling – has become a lifeline. It turns out that we are all part of something bigger than ourselves – and we all need each other more than we know."