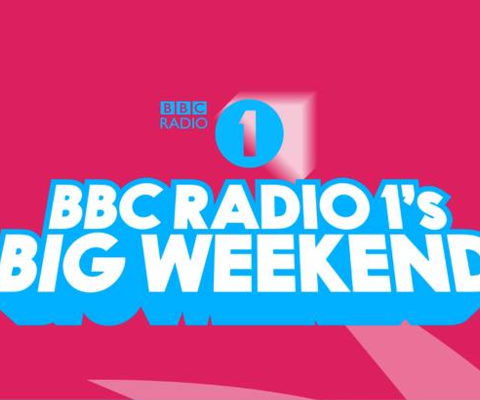 From the 9th - 11th of May this year, I was lucky enough to get a place on a course at the BBC Radio 1 Academy. Not just a workshop, but a semi-secret project with 14 other young people aged 17-23. In a specially-fitted room-turned-studio in Open we had the privilege of doing a master class with a member or two of the professional moving-graphics industry, resulting in us using such software as After Effects to create animations. These animations, if deemed good enough, would eventually go on to be used by the DJs during the Radio 1 Big Weekend. In there 11am - 7pm for three days does not seem like a long time to start from basic to no knowledge of the software or client briefing. However, immersed fully from the start, it was not long before some of us were producing industry-standard graphics that the instructor himself was impressed by. Unfortunately, not everyone's work made the final cut, but I was lucky enough to have two of my five pieces featured by the DJs throughout the Big Weekend. My amazing experience was topped off with being on the guest list for both days for free, in order to see my work and the others' in action.