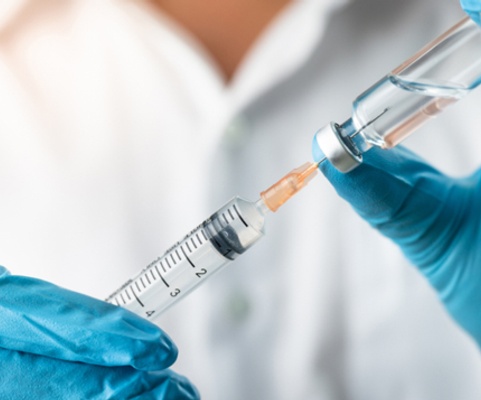 Platinum Independent Study: Rosie Moulton tells us more about her project which looked at childhood vaccinations

Independent Study offers pupils the exciting opportunity to delve deeply into interests beyond the classroom and to develop mature self-motivation and time-management skills valuable in higher education and employment.

The Platinum level of Independent Study is the highest level of paper or project that a pupil can undertake; papers must exceed 7,500 words, involve research from at least 15 published sources, and include an annotated bibliography.

Following the recent Independent Study Platinum Evening, we will be taking a look at some of the fascinating research projects that were completed this year. In this post, Rosie Moulton tells us about her project which explored the detrimental effects of falling vaccination rates on both society and the healthcare system and the reasons behind parental refusal of vaccination.

"The medical profession is full of physical, emotional, intellectual and ethical challenges and this has always been of interest to me. The countless controversies and difficult ethical reasoning within medicine became the focus of my independent study titled ‘Should childhood vaccinations become compulsory in the UK?’.

In my project, I explored the detrimental effects of falling vaccination rates on both society and the healthcare system and the reasons behind parental refusal of vaccination. Often, this is caused by misinformation - due to an ever-growing reliance on online sources for accurate information – and is also due to a lack of education on the importance of vaccines. However, the ethical conflicts associated with compulsory vaccinations create distrust between the healthcare sector and parents, refusing parents the right to make decisions about their own child. Therefore, I evaluated other possible interceptive strategies that may be effective in increasing vaccination rates, comparing this to strategies in other countries.

Did you know that 11 European countries have compulsory vaccination programmes?

What most interested me about this project, is the ability it gave me to expand my own knowledge and opinions about important societal issues. Doing a platinum level Independent Study allowed me to delve deeper into the subject, allowing more in-depth research and the conduction of my own online survey.

Initially, I believed the outcome of my project would support compulsory vaccination, however, exploring the ethical conflicts highlighted the issues with such a strategy. I was also surprised by the number of other possible strategies that were available and already being implemented and tested. I concluded that a collaborative strategy in which healthcare providers provide face-to-face guidance and education, easily accessible online information and the use of reminder and recall systems, would be more justifiable ethically to increase childhood vaccination rates -empowering parents to make informed decisions for their child. Therefore, only 'IF' these prove ineffective should compulsory vaccination seriously be considered.

Overall, I thoroughly enjoyed the research and writing process. With frequent deadlines, I was always on track towards the completion of the final paper before the deadline and there was continuous feedback and guidance provided by my supervisor.

I had not completed many aspects of the research paper before, including producing an annotated bibliography and the use of citations which were thoroughly explained, allowing me to feel fully supported and guided throughout. Initially, I was unsure if I wanted to complete a platinum level project, due to my fear of public speaking. However, I was fully encouraged towards it, allowing me to build my own confidence with advice from my peers and supervisor.

As a hopeful medic, this has been something I can use to strengthen my application and has provided an insight into the independence of university. I would highly recommend doing a platinum level project, especially if you have a great love or passion for a subject."