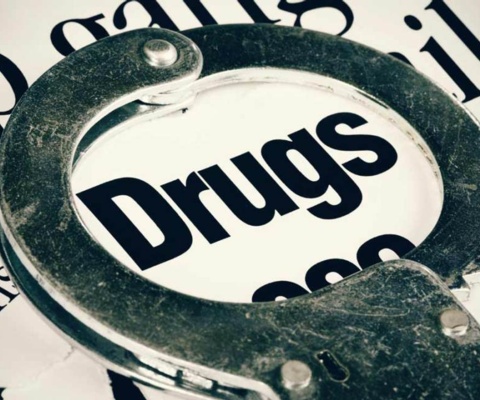 Platinum Independent Study: Gerald Ikazoboh in U6 looks at to what extent is the war on drugs succeeding?

The second blog post in our Platinum Independent Study series, which looks at some of the fascinating research projects that were completed this year, sees Gerald Ikazoboh in U6 explore to what extent is the war on drugs succeeding.

In this blog, he tells us what inspired his project and why he chose this current and controversial topic.

Why did you choose your chosen subject?

I chose to research the 'War on Drugs' because I was interested in its socioeconomic impacts and I wanted to gain an insight into what could be done to improve drug policies around the world. At first, I was surprised by the sheer amount of money that has been spent by the US specifically to fight the war on drugs and the little impact it has had on consumption and overdoses.

What did you find most interesting? Did anything surprise you?

Initially, it was surprising that an overwhelming number of academic articles and books viewed the drug war in a very negative light. I was most interested in the sociopolitical reasons for the start of the war on drugs in America. It was particularly interesting to discover that a lot of long-lasting drugs policies were not fundamentally based on facts and science but, rather, stereotypes, prejudice, and discrimination. The undoubtedly racial aspect of the war on drugs and its serious impacts on minority communities even today was also a surprise.

How did you find the process?

I found the process very exciting and informative. I enjoyed buying and reading a lot of books and articles and gaining a plethora of interdisciplinary knowledge from subjects such as economics, politics, sociology, and even philosophy. I found the actual writing of the Independent Study surprisingly easy because I was able to structure the essay beforehand. It was also great that the learning of the subject never ceased, and I gained new insights and perspectives even at the end of the essay. I did not go into the Independent Study with a specific conclusion and throughout the writing period, my opinions and conclusions on it changed frequently.

What did you find out?

I learned a great deal about drug policies in different countries such as Portugal, Sweden, and the US and the impact they have had on their respective communities. In terms of writing and conducting a research paper, I learned how to research and do an annotated bibliography which sets me up for university essays in the future.

27.04.22 "If humans can cause climate change we can also reverse it": Alexander Illing on the Norfolk Youth Summit
Academic Partnerships
17.01.22 We Learn From Isabella Kirby About What She Is Working On Towards Her Youth STEMM Award
Academic
04.01.22 Oli Clarke Recommends the Trafalgar Society
Academic Clubs and Societies